Repost 2010: The Three Degrees - When Will I See You Again


Goodness, do I remember this song from Angeles City, PI '74-'75 during a few months receiving cobalt treatment at the Makati Medical Center in Manila and wonder where Nanette of 275 Laguna Street, Angeles City is now? The most beautiful girl ever.
Posted by Brock Townsend at Saturday, June 09, 2018 6 comments: 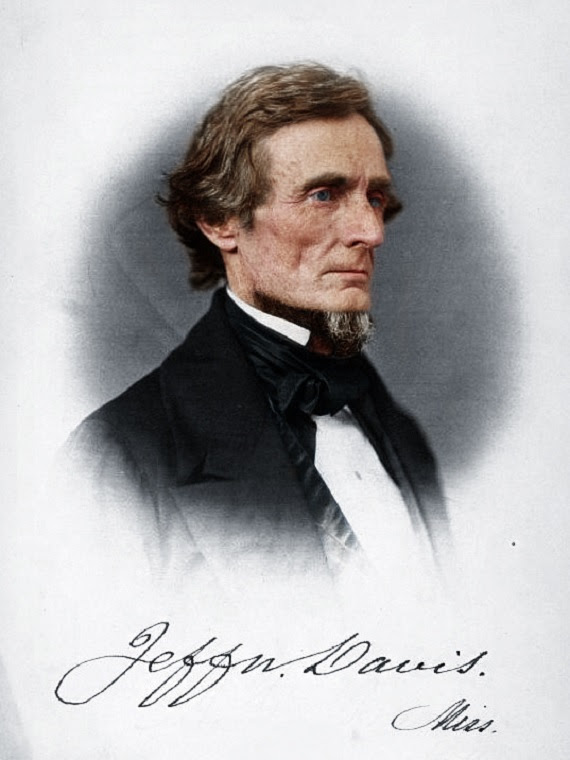 When Jefferson Davis walked out of that courtroom in Richmond at last a free man after two years of torment, thousands of people, black and white, lined the streets with heads uncovered, in respectful silence. And so he remains in the heart of all true Southerners as the symbol of a righteous cause.


More @ The Abbeville Institute
Posted by Brock Townsend at Saturday, June 09, 2018 No comments:

"This young Filipina may be the new pop star of the future!"


This ought to push the globalists back on their heels.

“We’re the piggy bank that everybody is robbing,” Trump said. “And that ends.”

President Trump announced the proposal during his press conference Saturday morning before leaving early for his meeting next week in Singapore.

A plan to diversify New York City's most elite public high schools is drawing fire from Asian-Americans, the minority group that dominates the schools.

He called the test "a roadblock to justice, progress and academic excellence."

Fewer than 10 percent of students who score well enough to gain admission to the schools are black or Latino. Sixty-two percent are Asian.

The head of the Coalition of Asian-Americans for Civil Rights says scrapping the test would cause "chaos in the Asian-American community."
Posted by Brock Townsend at Saturday, June 09, 2018 2 comments:

"A Hero In The Family" 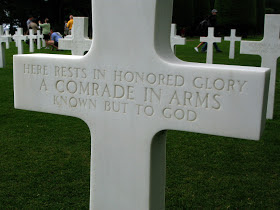 I recently received this newspaper clipping from Macon County Tennessee from 1944. It concerns my 1st cousin, Pfc. Jasper T. Smith.

Jay as he was known was the eldest son of my mother's oldest Sister. As my mother was the youngest of ten children, her oldest sister was married and having children of her own by the time she was born.

Although Jay was technically her nephew they were so close in age that they we're in the same classes in school and grew up as virtual brother and sister.

I grew up hearing stories about him from my mother and members of her family but never knew the full circumstances of his death.

Scares you just looking at it. :)

As TGP’s Cassandra Fairbanks previously reported, UK activist Tommy Robinson was arrested on May 25th for suspicion of breaching the peace while livestreaming to report on the trial of a child grooming gang and will now have to serve a prior 13 month suspended sentence.
Friends and supporters of Robinson, 35, are asserting that his notoriety and stance on Islam places his life in great danger in prison.

Articles about the arrest and subsequent imprisonment of Tommy Robinson were rapidly scrubbed from the internet after the British government put restrictions in place banning any reporting on the matter.

Even with 90% negative coverage Trump has a better rating than Obama and Reagan at the same point in their presidencies. 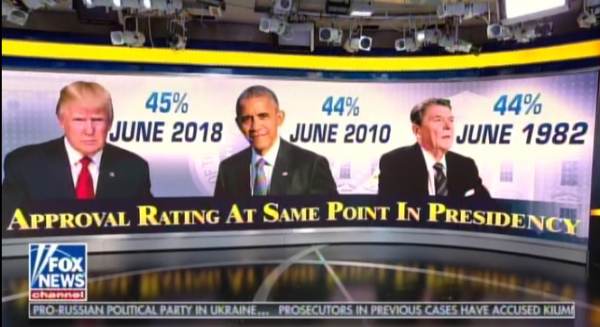 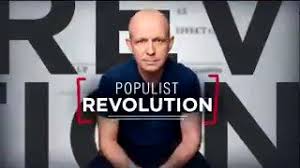 You know you’re getting somewhere when your opponents are all attacking you in the same way.

So President Trump should feel a strong sense of satisfaction with a job well done after leaving the slightly pointless Group of Seven (G-7) summit in Canada on Saturday for another likely far more consequential summit in Singapore with North Korea dictator Kim Jong Un.

The U.S. president’s critics are all using identical language in their denunciations of his policy positions.

Gohmert SLAMS Mueller: ‘He’s Covering Up His Involvement in Uranium One While Trying to Have a Coup Against the President’


"Robert Mueller has done more damage during his 12 years as FBI Director than... probably all the directors put together."

Rep. Gohmert said not only is Mueller wasting millions of taxpayer dollars, he’s covering up his own involvement in the Uranium One scandal while trying to have a coup against the President.
Gohmert is one of the few members of Congress speaking the truth about Mueller’s attempted coup and cover up of past crimes.

The Odyssey of Echo Company: The 1968 Tet Offensive and the Epic Battle to Survive the Vietnam War

This year marks the 50th anniversary of the Tet Offensive, in which the North Vietnamese orchestrated a massive coordinated attack throughout South Vietnam.  A book out in paperback on May 8, entitled The Odyssey of Echo Company: The 1968 Tet Offensive and the Epic Battle to Survive the Vietnam War, takes readers on the journey of Stan Parker.  Americans need to be reminded of soldiers like Parker who fought patriotically for this country.

While in Afghanistan, researching another book, Horse Soldiers, Doug Stanton met Sergeant Major Stan Parker, one of the U.S. Army's longest serving soldiers.  Parker convinced him to write a book about the stories of the men he served with in Vietnam.  Like many in Echo Company, a Recon Company in the 101st Airborne Division, Parker enlisted to fight for his country against the evils of communism.  They arrived in mid-December 1967 in Vietnam just prior to Tet.  Parker speaks to Stanton about the unending list of horrors, losses, and miseries, not just overseas, but also on the home front, that he and his peers endured.

A Weapon Far More Important Than The AR-15


Technology continues to advance at an unprecedented rate, and the technology of weaponry is no different. The science fiction of ten or twenty years ago is now becoming a reality. Killer robots are on the rise. And no, I’m not joking (as you will see below). There has been a loud debate in recent months over citizens’ rights to own AR-15s. Gun rights advocates are strongly in favor of citizens having the right to own AR-15s and so am I. The government-backed anti-gun groups are against this right for obvious reasons. However, to compensate for rapidly evolving technology, citizens will need to adopt a new weapon soon.

A smoking gun by any other name 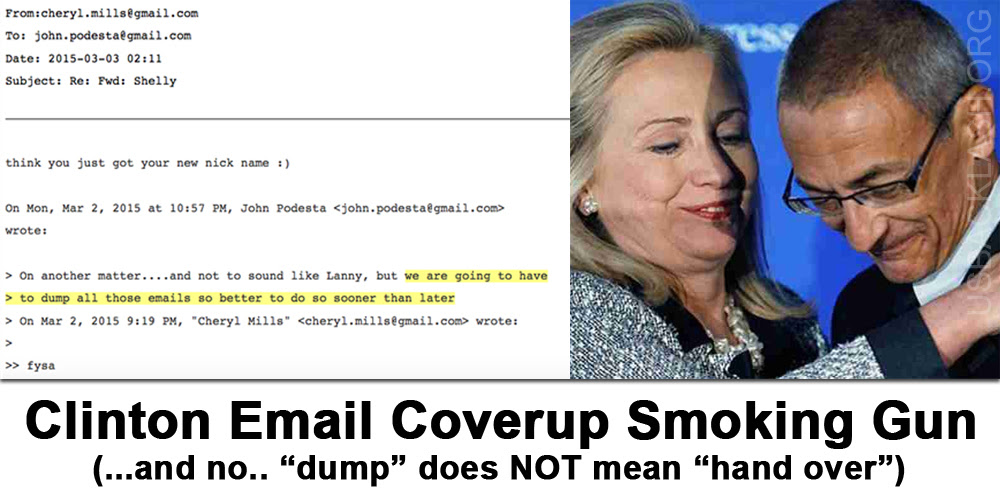 A new term, with attendant implications, may soon enter the political vocabulary: Document 34.  It's the evidence that shows what James Comey originally wrote about Hillary Clinton's handling of classified documents and how it was changed by staffers (presumably Peter Strzok).

Hence, a Document 34 emerges as a smoking gun proving conspiracy and cover-up of a serious federal crime.  This term may in fact replace "smoking gun," which dates back at least to Watergate, as the designation for a decisive piece of evidence.

Document 34 in this case makes a difference of up to ten years in prison compared to what Hillary could have faced without the wording change from "gross negligence" to "extremely careless" handling of classified documents.

Joe diGenova: IG report is being scrubbed by Rosenstein

Should divide the party even more.

The Democratic Party has made a strategic decision to bypass candidates from its progressive wing and recruit former members of the military and intelligence agencies to compete with Republicans in the upcoming midterm elections. The shift away from liberal politicians to center-right government agents and military personnel is part of a broader plan to rebuild the party so it better serves the interests of its core constituents, Wall Street, big business, and the foreign policy establishment.

Democrat leaders want to eliminate left-leaning candidates who think the party should promote issues that are important to working people and replace them with career bureaucrats who will be more responsive to the needs of business. The ultimate objective of this organization-remake is to create a center-right superparty comprised almost entirely of trusted allies from the national security state who can be depended on to implement the regressive policies required by their wealthy contributors. Here’s more background from Patrick Martin at the World Socialist Web Site:


More @ The Unz Review
Posted by Brock Townsend at Saturday, June 09, 2018 No comments:


President Trump reportedly asked world leaders at the Group of Seven Summit on Friday to consider "no tariffs" at all amid growing tensions over the administration's trade moves.

Politico, citing officials who listened and took notes of the discussions, reported that Trump told assembled world leaders that “we should at least consider no tariffs, no barriers — scrapping all of it."

The newspaper reported that the idea was challenged Canadian Prime Minister Justin Trudeau, who is hosting the summit in Quebec.

For many years I maintained far too many magazine subscriptions, more periodicals than I could possibly read or even skim, so most weeks they went straight into storage, with scarcely more than a glance at the cover. But every now and then, I might casually browse one of them, curious about what I had usually been missing.

Thus, in the summer of 2010, I happened to leaf through an issue of Chronicles, the small-circulation flagship organ of the marginalized paleoconservative movement, and soon began reading a blandly-titled book review. But the piece so astonished me that it immediately justified all the many years of subscription payments I had sent to that magazine.