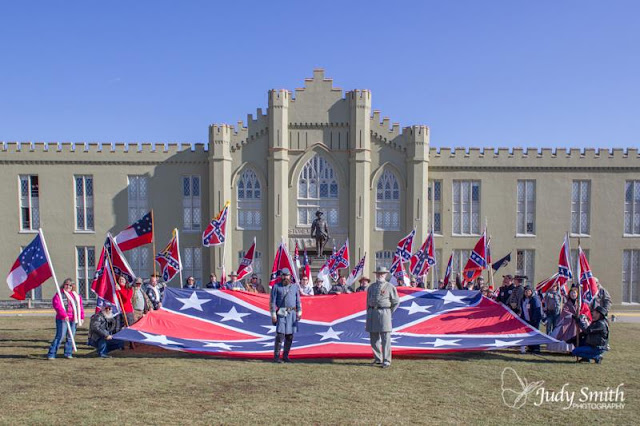 Lexington authorities have spent weeks planning for the upcoming Lee Jackson Day weekend and we appreciate their diligence. I would imagine if you added up the cost of extra manpower and security over the past 7 years since City Council voted to prohibited the flags of Lee and Jackson to be flown from city light stands, it would be astronomical, not counting the lost revenue from the ongoing boycott.

There are some who REALLY want us to go away and let the matter drop. We keep telling them it’s real simple...

It’s cold. It’s January in the valley. We don’t particularly want to be standing on your streets for two days. Drop the silly flag ban, and let the flags of Lee and Jackson fly during the holiday. Flags go up on Friday, we come in on Saturday and attend an event for an hour, parade to W&L and have a service at Lee Chapel, and go home. Flags come down Monday morning.

It worked for years....peacefully and with great benefit to the city. It can work again. It ain’t rocket science. All we ask is to be left alone.
Posted by Brock Townsend at Wednesday, January 10, 2018 2 comments:

Via comment by Anonymous on Sellout! Dolly Parton dropping 'Dixie' from Dixie ...

The Hastings College Choir prepared this classic setting for a 'command performance' at the 2009 dedication of the Morrison-Reeves Science Center on campus. Dr. Fritz Mountford, conductor. Hastings College, founded in 1882, is a private, four-year liberal arts institution affiliated with the Presbyterian Church (USA). The college is located in Hastings, Nebraska.
Posted by Brock Townsend at Wednesday, January 10, 2018 4 comments: NBC News was on the scene as Homeland Security agents swept into The Carlyle, a luxury property in Irvine, California, which housed pregnant women and new moms who allegedly forked over $40,000 to $80,000 to give birth in the United States.

"I am doing this for the education of the next generation," one of the women told NBC News.

They Took Their Stand in Dixie

Anyone singing the above lyrics from the patriotic Confederate song of 1861, “Dixie to Arms,” would today, as with its earlier counterpart “Dixie,” be considered most politically incorrect and would probably ignite a firestorm of protest demonstrations and vitriolic tweets of condemnation.

That 1861 song, however, was not, as one might now imagine, a polemic composed by some fire-eating Southern defender of slavery, but rather, like “Dixie,” it was written by a born and bred Northerner . . . a man many now consider to be America’s Plato, Albert Pike of Massachusetts. Like many in both the North and South at that time, Pike, while not an outright abolitionist, did believe slavery to be an evil that would ultimately be eliminated. Furthermore, even though he considered that secession did not violate the Constitution, he felt the North and South should settle their differences by mutual agreement, rather than by separation. However, as a strong advocate of state sovereignty and regional equality, Pike was also of the opinion that if such differences were irreconcilable, then secession was the only possible solution.


More @ The Abbeville Institute
Posted by Brock Townsend at Wednesday, January 10, 2018 No comments:

Via comment by Reborn on Game Show! Democratic party platform or communist ...

One of the most foundational and principal tasks governments have had for over 2,000 years has been to secure and maintain its borders. The once great Western Roman Empire, spanning centuries, fell not because of a superior rival or total through war as so many others have. Rome fell as a result of barbarians slowly encroaching upon her borders. Border security has been discussed in the US for decades, and has seen even more feverish discussion since Donald Trump threw his hat into the political arena, bringing the issue to the forefront of the political landscape.

Something about the discussion of border policy and security always seemed somewhat disingenuous to me. There is an almost absurdity that creeps around the topic. A sort of dramatic irony lurking in the shadows, an irony I was never able to put into words. That is until I happened to stumble upon a documentary about strife in Africa where I saw something incredible — African warlords, with 60-year-old AK-47s, that are able to secure territorial borders, while the most well-funded military in human history cannot stop low-skilled Mexicans from invading the USA. This is, of course, a deliberate policy decision.


More @ The Occidental Observer
Posted by Brock Townsend at Wednesday, January 10, 2018 No comments: 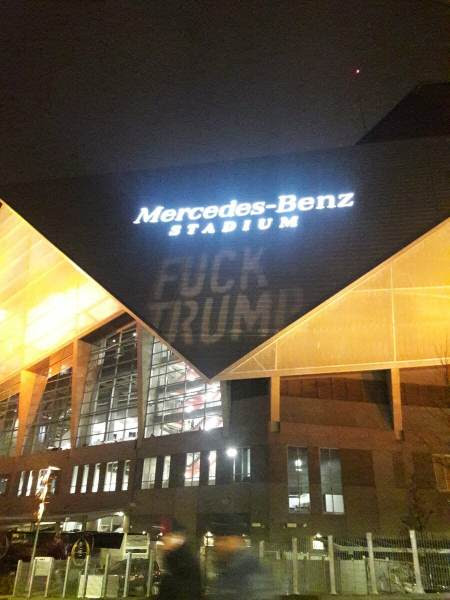 
The Delkab County Democrats projected “F*** Trump” on the outside of the stadium, tweeting “Welcome to Atlanta where the players play and where the Democratic Socialists have an awesome projector like every day. (You’re not welcome in District 5 or anywhere else in ATL you orange fascist.”)

However, the Dekalb County Democrats approvingly promoted the ‘F*** Trump’ message and added their own hateful message to President Trump.


More @ The Gateway Pundit
Posted by Brock Townsend at Wednesday, January 10, 2018 No comments: 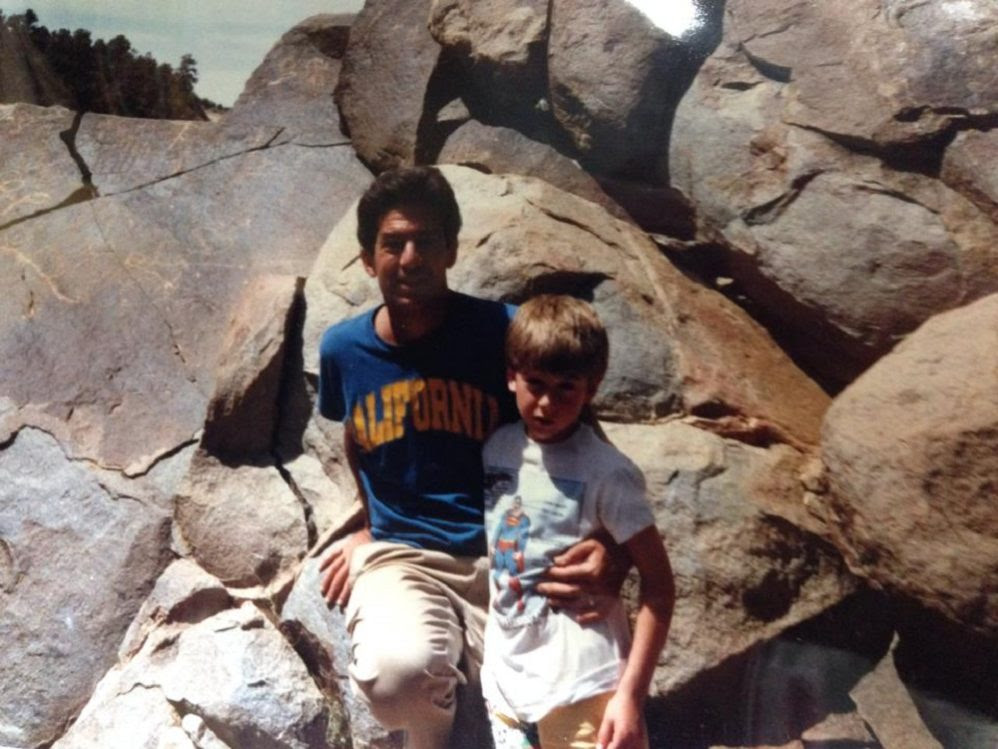 I reached my threshold where no amount of hypothetical Republican bigotry or greed could approach the magnitude of hypocrisy, corruption, or criminality I saw rotting Democrats.

I am not a sex offender. But a number of my friends no longer have time to see me. Lifelong acquaintances now regard me with fear and distrust. I have been unfriended en masse on social media and excoriated by friends who deign to remain. And I have been singly excluded from social gatherings when the rest of my family was invited.

No, I am not a sex offender. I am something even worse than that. I am a Donald Trump supporter.

I was raised in a liberal Jewish family in Washington DC, where my dad served as a Democratic congressman for Los Angeles. Accordingly, I was indoctrinated with all of the correct values and views.

National Review’s Rich Lowry: I Was Wrong, POTUS Has Had An A+ Agenda

Posted by Brock Townsend at Wednesday, January 10, 2018 No comments:

President Trump on Wednesday said a decision by a federal judge in California to prevent the government from winding down the Deferred Action for Childhood Arrivals program shows exactly what's wrong with the U.S. court system.

"It just shows everyone how broken and unfair our Court System is when the opposing side in a case (such as DACA) always runs to the 9th Circuit and almost always wins before being reversed by higher courts," Trump tweeted.

Drone Swarm vs. Russian Base in Syria The Russians have been using drone swarms against the Ukrainians to good effect (blowing up ammo dumps).  Here's one being used against a Russian base on the coast of Syria.

Recount as reported by the Russian MoD reported it this morning:


Security system of the Russian Khmeimim air base and Russian Naval CSS point in the city of Tartus successfully warded off a terrorist attack with massive application of unmanned aerial vehicles (UAVs) through the night of 5th – 6th January, 2018. 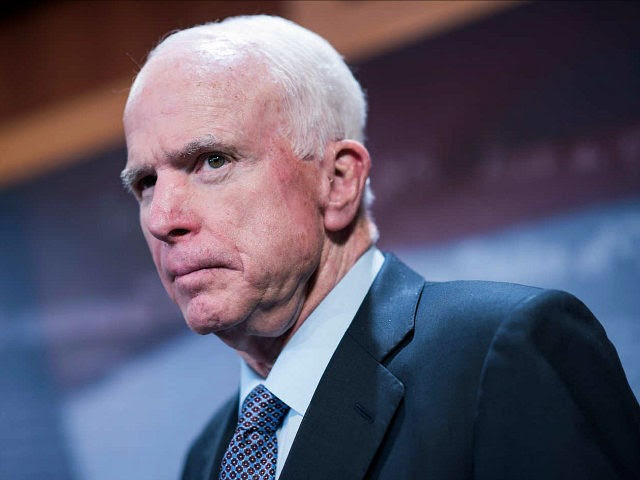 The founders of the controversial opposition research firm Fusion GPS admitted that they helped the researcher hired to compile the infamous, largely discredited 35-page dossier on President Donald Trump to share the document with Sen. John McCain.

The goal of providing the dossier to McCain, the Fusion GPS founders explained, was to pass the information contained in the questionable document to the U.S. intelligence community under the Obama administration.

The disclosure raises questions about whether McCain knew that the information he delivered to the intelligence community was actually an opposition document reportedly funded by the Hillary Clinton campaign and the Democratic National Committee. 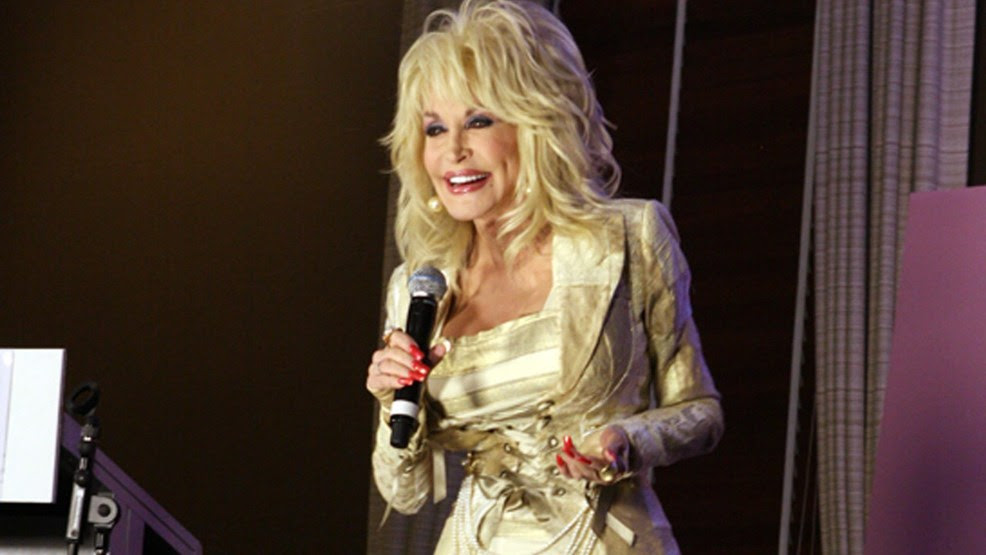 Dolly Parton's Dixie Stampede will have a new name when it opens for the 2018 season.

According to a press release from World Choice Investments, which operates several dinner show attractions for Parton, the word "Dixie" will be dropped. The show's official website has already been changed to reflect the new name, Dolly Parton's Stampede.

Posted by Brock Townsend at Wednesday, January 10, 2018 No comments:

Senate Judiciary Committee Chairman Chuck Grassley said Wednesday that Sen. Dianne Feinstein's decision to unilaterally release Fusion GPS co-founder Glenn Simpson’s summer 2017 testimony could make it harder for the committee to get testimony from other witnesses as it continues to investigate Russia.

“It may make a lot of people a little more reserved whether or not they want to cooperate, including in regard to Jared Kushner […] very high profile person as an example. But we’ll continue to move forward,” Grassley said. He added that Kushner, the senior adviser to President Trump, is “not at all” off the hook for appearing before Senate Judiciary.

“These transcripts would have been released eventually anyway,” Grassley added. “Obviously I was a little disappointed because I had an understanding ahead of time that it’d be released when we both agreed to release it.”


A Project Veritas undercover investigation has revealed a senior network security engineer at Twitter stating that his company is “more than happy” to turn over the private communications and deleted tweets of President Donald Trump to the Department of Justice. If true, it is yet unknown whether Twitter is voluntarily disclosing this sensitive information or acting under a court order. Twitter is currently in the midst of defending itself from left-leaning criticism that President Trump hasn’t been removed from the enormous media platform for violations of Twitter’s Terms of Service.