Posted by Brock Townsend at Saturday, April 07, 2018 No comments:

So with nearly a $TRILLION annual deficit with China, Trump added $50B in tariffs, China replied with $50B and Trump upped the ante another $100B yesterday.

China is defiant, but here’s why they can’t win a trade war.
Posted by Brock Townsend at Saturday, April 07, 2018 No comments:

'We Were Not Offered Sanctuary!': California Residents Furious Over Sanctuary Law At Town Hall

Looks like III on his arm.
Posted by Brock Townsend at Saturday, April 07, 2018 8 comments:

Via comment by Reborn on The Red Terror: The tragic consequences of Leftist...

Don't have a gun, keep your mouth shut and experience Communist utopia........

“Right now the Vietnamese Communist Party and government are cracking down on critics in a way we haven’t seen in many, many years,” he said.
“The number of political cases in the country has increased substantially, but the interesting thing is that more and more people are still willing to challenge the authorities, so this tactic of the government isn’t working to stop people calling for democracy,” he said.


Judicial authorities in Hanoi handed down harsh jail sentences on Thursday to six Vietnamese activists found guilty of “subversion,” earning the condemnation of rights groups who had called for the charges to be dropped.

The statute carries maximum sentences of life imprisonment or capital punishment for those who are convicted.

The six were accused of affiliation with the Brotherhood for Democracy, a group founded by Dai in 2013 to defend human rights and promote democratic ideals in Vietnam. All have campaigned for victims of injustice, advocated for religious freedom, and supported political prisoners and their families.

In all, the activists were sentenced to 66 years in jail and 17 years under house arrest.

A student gravely wounded while saving his classmates' lives by blocking a door during the Florida school massacre said Friday that the county sheriff and school superintendent failed the victims by not arresting the shooter before the attack and by allowing him to attend the school.


An attorney for 15-year-old Anthony Borges read a statement from him during a news conference criticizing Broward County Sheriff Scott Israel and Superintendent Robert Runcie for the Feb. 14 mass shooting at Marjory Stoneman Douglas High School in Parkland that killed 14 students and three staff members.

Borges was shot five times, suffering wounds to the lungs, abdomen and legs. He was released from a Fort Lauderdale hospital Wednesday morning, the last of the 17 wounded to go home.

John Tyler, distinguished Virginian and tenth President of the United States, has received fitting, though long-deferred, honor from the country he served. Fifty-three years after his death the United States government has erected a handsome monument at his last resting place, in the shades of beautiful Hollywood Cemetery, at Richmond, Va., that sacred and consecrated spot where lie the ashes of so many distinguished dead. On a crest overlooking the James River and near the tomb of James Monroe, fifth President of the United States and the fourth Virginian to be so honored, this magnificent shaft blazons to the world that national recognition of one who did a noble part by his country, yet whose convictions led him to leave the Union and cast his lot with his native State when the sections became separated. President Tyler upheld Virginia in her secession, representing her in the Provisional Congress of the Confederacy, and he was also member-elect of the permanent Congress when his death occurred in 1862.

More @ The Abbeville Institute
Posted by Brock Townsend at Saturday, April 07, 2018 No comments: 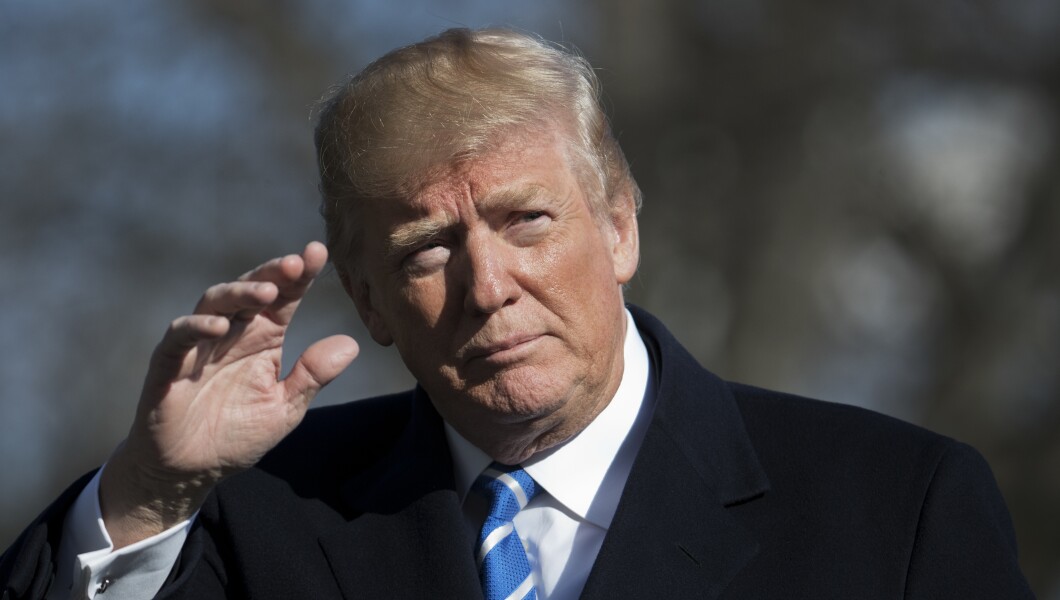 President Trump signed a memorandum on Friday seeking to take steps toward ending the “catch and release” immigration policy, a term that generally refers to the release of illegal immigrants as they wait for an immigration hearing.

“Today, President Donald J. Trump signed a Presidential Memorandum to take important steps to end ‘catch and release,’ the dangerous practice whereby aliens who have violated our Nation’s immigration laws are released into the United States shortly after their apprehension,” the Office of White House press secretary Sarah Sanders said in a statement. “The safety and security of the American people is the President’s highest priority, and he will keep his promise to protect our country and to ensure that our laws are respected.”

“At the same time, the President continues to call on congressional Democrats to cease their staunch opposition to border security and to stop blocking measures that are vital to the safety and security of the United States,” the statement continued.


More @ The Daily Wire
Posted by Brock Townsend at Saturday, April 07, 2018 No comments:

Protest The Sons of Confederate Veterans +

South Carolina lawmakers have introduced a bill that would allow them to secede from the U.S. if the federal government attempts to confiscate legally purchased firearms.

Three Republican representatives introduced the bill Thursday. It would allow the state's General Assembly to meet "to consider whether to secede from the U.S. based on the federal government's unconstitutional violation of the Second Amendment..." if the "federal government confiscates legally purchased firearms in this state." 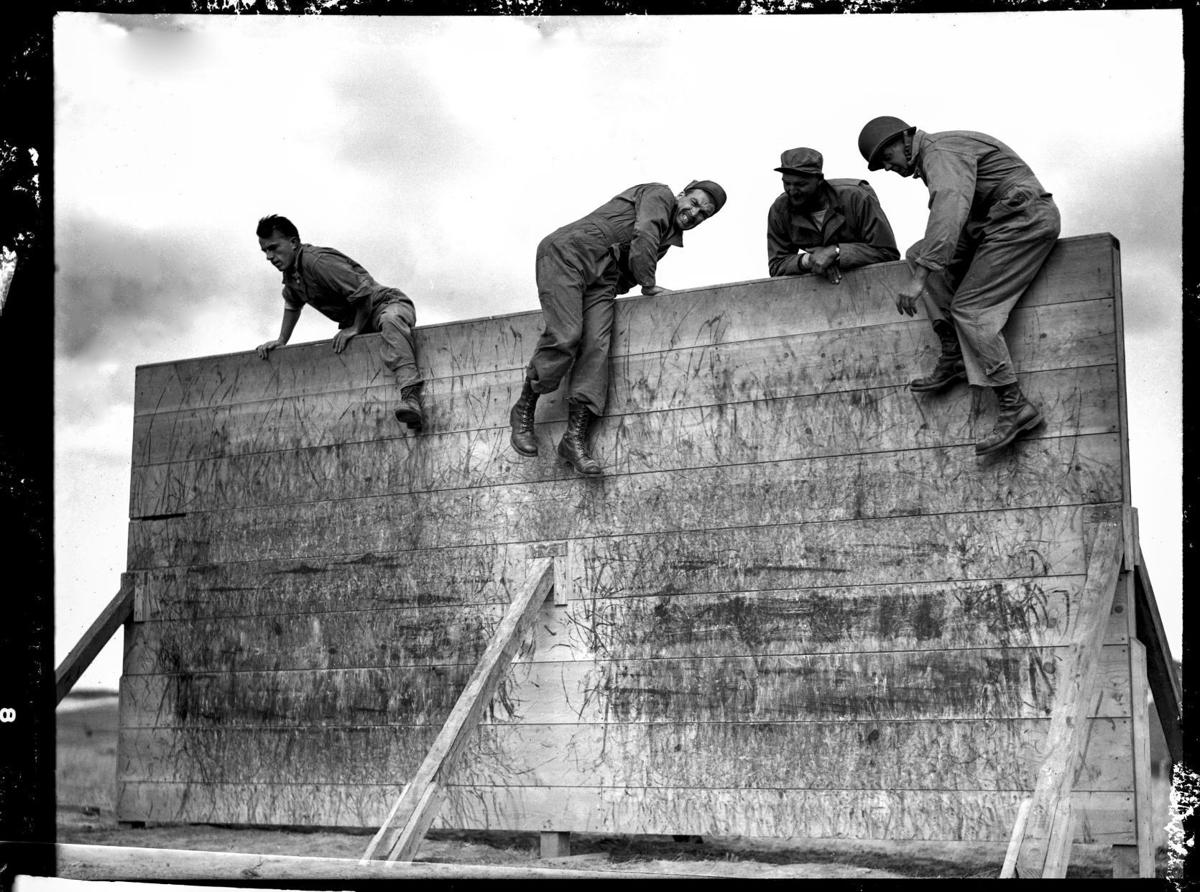 The First Special Service Force, a group of 3,000 American and Canadian soldiers who fought in some of the most dangerous places on earth, trained not far from Last Chance Gulch at Fort Harrison in the middle of World War II. Nicknamed the “Devil’s Brigade," or the "Black Devils" as one German officer reportedly called them in his diary, they were a fearsome fighting force designed to fight where no other group could.


The actions of a small-town gun store owner helped police short-circuit what they believe was a Syracuse University student’s plan to commit a mass shooting.

As a result, Xiaoteng Zhan, 22, was deported to his home country of China last month, according to Syracuse.com. Police did not reveal the incident had taken place until Friday.

In early March, Zhan visited The Gun Store in the Madison County town of Nelson, population 1,980, shop owner John Laubscher told Syracuse.com. The town is about 15 miles from Syracuse.


More @ The Western Journal
Posted by Brock Townsend at Saturday, April 07, 2018 No comments: