“The Truth About The 1918 ‘Viral Influenza’ Pandemic”: Did Psychopath Rockefeller Create the Spanish Flu Pandemic of 1918?

It Started with the Rockefeller Institute’s Crude Bacterial Meningitis Vaccination Experiment on US Troops. The 1918-19 bacterial vaccine experiment may have killed 50-100 million people.

“During the war years 1918-19, the US Army ballooned to 6,000,000 men, with 2,000,000 men being sent overseas.  The Rockefeller Institute for Medical Research took advantage of this new pool of human guinea pigs to conduct vaccine experiments.”

“The Rockefeller Institute and its experimental bacterial meningococcal vaccine, contrary to the accepted mythology may have killed 50-100 million people in 1918-1919.” 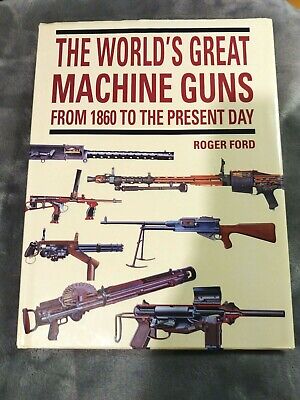 The British eventually subjugated the Boers in the same manner as the Northern States under Lincoln subjugated the American South, with overwhelming military and economic might, but not superior fighting ability or leadership. Within twenty years of their victory over the Boers, the British were again fighting in a desperate war which cost a total of 40 million lives. Of that number, nearly 900,000 British and colonial troops died in trench warfare, hopeless infantry charges against machine guns and terrifying artillery barrages. With American assistance, the British and French were victorious, imposed a punitive defeat upon Germany, and set the stage for a nationalist leader to seek revenge for his defeated country.

“Almost a year after the successful conclusion of the Sudan campaign, the British Army found itself at war again in Africa, right at the other end of the continent, and this time the enemy was not natives armed with spears and a grasp of tactics which was straight out of the Dark Ages, but Europeans with Mauser repeating rifles and Maxims of their own, who proved themselves to be masters of mobile warfare.

This is considered the first time machine-gun-armed armies had faced each other . . . and it was, as Rudyard Kipling was to comment presciently in The Captive, published in 1903, ‘A dress parade for Armageddon.’

The Boers 37mm ‘pom-pom’ Maxims proved to be particularly effective against British field artillery detachments, often reducing them completely before they could get into action.

British infantry sent into the set-piece battles such as Magersfontein, Colenso and Paderberg with no better tactics (though considerably better discipline) than the Khalifa’s Dervishes had employed against them in the Sudan; they advanced over open ground with fixed bayonets, and were cut down in swathes by the machine guns of defenders they couldn’t even see.

The tactics of close-quarter battle which General James Woolf had devised after Culloden in 1746 and used so successfully against the French in Canada, and which successive British generals had adopted throughout the nineteenth century, were finally beaten, though few in London – or, indeed, in any of the other capital cities of the world – would yet acknowledge the fact, and it was to take further decade and the bloodiest, most costly war the world had ever seen to drive the message firmly home.

With the benefit of hindsight, it is incredible that the British Army, which had been instrumental in obtaining proof that the machine gun was absolutely lethal when deployed in defensive positions, had not itself learned the lessons it had taught so widely and so effectively, but that was true not only in 1899, but also in 1914.”

An altercation between an Aberdeen, Washington, business owner and a transgender council member made headlines after the two engaged in a screaming match over a sign in the business owner’s shop that reads “If you are born with a d**k, you are not a chick.”

According to a Thursday report from KING-TV, Council member Tiesa Meskis, who identifies as a transgender woman, confronted Sucher & Sons Star Wars Shop owner Don Sucher over what Meskis said was a transphobic and bigoted a sign hanging in Sucher’s store.

Trump Trashes Infrastructure Deal as a ‘Disgrace’, Warns GOP Not to Support It

...... they track your driving so they can tax you. It is Joe Biden’s form of a gas tax but far bigger, far higher and, mark my words, far worse. They want to track you everywhere you go and watch everything you do!”

Former President Donald Trump ripped the Senate’s $1 trillion infrastructure package Saturday as a “disgrace,” warning that he was prepared to withhold his support for any Republican that was on board with it.

“Joe Biden’s infrastructure bill is a disgrace. If Mitch McConnell was smart, which we’ve seen no evidence of, he would use the debt ceiling card to negotiate a good infrastructure package,” he said in the email.

Them: You won't be able to attend a concert or football games if you don’t take the

Repost: This is my "SAD PANDA" story.

Thought I would share this with you, I have ran this and follow up feelings since July 29th on my shops facebook  page, Having no daughters of my own I have a soft spot for the ones who appear lost or in need of some one who will listen and help without being demeaning.

I found out today one of my "Adopted Daughters" A Customer/Friend, committed suicide. I truly believe that after all she had been thru in her life, at least the parts I had become privy to, She is finally at Peace and in a better place.

So this young girl, 23? had the shittiest life on the planet, every one either used her, abused her, beat her or rented her out, including her "father", me in my way, saw a young girl who needed a break and gave it to her, I think it's called befriending or something. I first met her installing a baiid device in her "car" that she had apparently been living in to some extent and when you have to work on the interior of someone's vehicle you cant help but notice a lot of things, strip club referral cards, drug paraphernalia, and all the other poor life choices accessories that go with it. When she came to pick it up she literally had $170.00 in singles and quarters, so I asked her if that was all the money she had and she gave me a tilted head look and quietly said yeah, and I said well then lets call it a hundred even so you don't leave here broke. I got a long stare from that and a "are you sure" and said yes and left it at that.