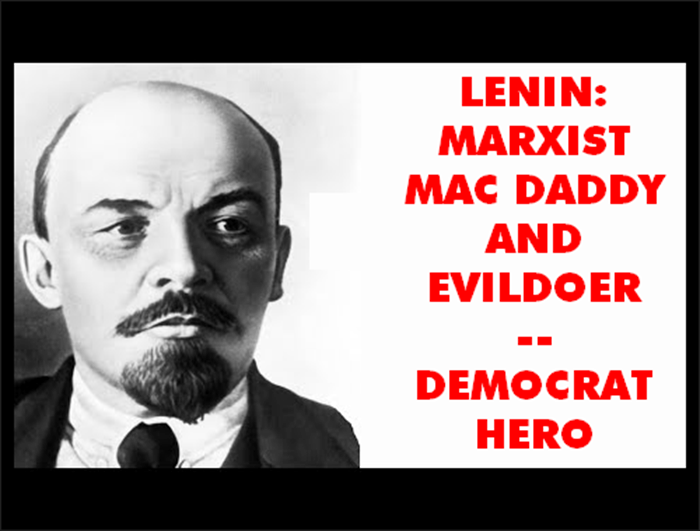 Neo-Leninist Democrats are predictably hate-mongering, morally opprobrious, anti-modernity troglodytes with wannabe God complexes. Collectively, their great accomplishment has been discovering ways to manipulate and steal elections. Their accomplishments thereafter have been ways to introduce a zeitgeist of immiseration for We the People.

Their so-called female leaders are grotesque, mannish and hate-filled. I submit for examples of same the Obama woman, Rep. Maxine Walters and Speaker Nancy Pelosi – who has more facial contortions than would Stacey Abrams with irritable bowel syndrome. There's the Olympian ignorance of Rep. Alexandria Oscar-Cortez, the contemptible vulgarity of Rep. Rashida Tlaib and the collective hatred for Jewish people and specifically the Jewish people in Israel. Raphael Semmes, Memoirs of Service Afloat During The War Between the States (1869).

A few more words, and we shall be in a condition to answer the question which stands at the head of this chapter. Being a legal question, it will depend entirely upon the constitutional right the Southern States may have had to withdraw from the Union, without reference to considerations of expediency, or of moral right; these latter will be more appropriately considered, when we come to speak of the causes which impelled the Southern States to the step. I have combated many of the arguments presented by the other side, but a few others remain to be noticed.

A Civil War in the North? Connecticut’s Hartford Times of November 7, 1860, after referring to the danger that the Southern States would “form a separate confederacy, and retire peaceably from the Union,” proceeds to say “If they do decide and act, it will be useless to attempt any coercive measures to keep them within the voluntary co-partnership of States . . . We can never force sovereign States to remain in the Union when they desire to go out, without bringing upon our country the shocking evils of civil war, under which the Republic could not, of course, long exist.”

The misunderstanding of “treason” is noted in the text below, but its actual definition is found in Article II, Section 3 of the United States Constitution: “Treason against the United States, shall consist only in levying War against them, or in adhering to their Enemies, giving them Aid and Comfort.” It is clear then, whoever waged war upon the several seceding States (them) was guilty of treason. Outgoing President James Buchanan understood this and admitted no authority to wage war against a State, as did his Attorney-General.

A Civil War in the North?

“Prominent supporters of Mr. Lincoln asserted that “secession is treason, and must be treated by the government as treason,” and that “the government has the right and the power to compel obedience.” A considerable number of Republicans, while they emphatically denied the right of secession, questioned the policy of forcibly preventing it. They held, that, if an undoubted majority of the adult population of any State deliberately pronounced for separation, the rest of the States, though they might legally compel that State to remain, would do better to assemble in national convention, and acquiesce in her departure from the Union. Withdrawal under these sanctions is the only secession ever deemed valid or permissible by any number of the supporters of Mr. Lincoln. Many who had voted against him also concurred in this view.

Some of the opponents of the President-elect denied the right of secession, but claimed there was no constitutional remedy against it. The greater part held that the recusant States were theoretically if not practically right; that the United States was simply a confederation of sovereign States, any one of which possessed a constitutional right to withdraw whenever it should consider the arrangement no longer profitable. They deemed an attempt to coerce a State, in order to vindicate the supreme authority of the Federal Government and to preserve the territorial integrity of the Union, to be both illegal and useless.

The opponents of Mr. Lincoln . . . asserted that the Southern people had abundant provocation for their . . . conduct. They . . . declared that the conservatives of the North would never consent to coercion; adding the not infrequent menace, that, “if war is to be waged, that war will be fought in the North.”

Part of the problem is we hate each other. Our government and media tell us we're suppose to multiple times each day. Part of us are white supremacists, another part is an oppressed race due reparations, another part are undocumented citizens that some call illegal immigrants, & (illegal aliens and lovingly wetbacks) another part are called less fortunate and have to take things from stores without paying for it and some call them thieves and vandals. Then we have the parts that like reminders of our history and other parts that don't. Then we have some men who think they are women and some women who think they are men and we're told this is normal and those who think it is not normal are hated and those who think it is normal are hated. Then we have those who think some people should work and support the ones who won't work for a multitude of reasons. And the list goes on and on. But we weren't aware of all this years ago and we all got along. Hate speech and the woke generation hadn't been invented back then, criminals were put in prison and the mentally insane were put in institutions.

What Is Hydra Shok Ammunition? Practically everyone in the shooting world has heard of Hydra Shok ammo. You’ve likely encountered it at a local gun store or favorite sporting goods retailer. You might also have run across while you were searching the web for “personal defense” ammunition. So what is Hydra Shok ammunition?

Below, we’ll discuss what Hydra Shok ammo is, what it isn’t, who manufactures it, and what it is designed for. By the end of this article, you’ll know if this popular pistol cartridge is right for your shooting needs.

This letter was printed in the January/February 2020 edition of American Handgunner magazine. It is one of the most accurate and sensible descriptions of what is really going on in our country with what the media insists on calling “gun violence”. We have had guns in abundance throughout our country’s history without the kinds of disturbing shootings we have going on now. Please consider Handgunner reader Nevin D. Holmberg’s explanation of why these things are happening: