A group dedicated to restoring the Confederate flag to sites around Virginia has enlisted a drone to help its cause.

“The Va Flaggers debuted a new weapon in our arsenal over the weekend,” the group announced in a Facebook post yesterday. “Further testing and fine-tuning will take place over the coming days and weeks, but we are excited about the prospects, to say the least.”

The drone was flown over Hollywood Cemetery, where it captured images of the top of a pyramid-shaped Confederate monument.

Group leader Susan Hathaway said in an email that the drone testing is being done in “to assist in our heritage defense efforts.” 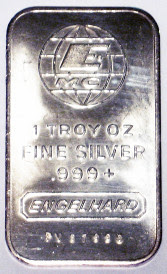 Two thousand, three hundred years ago, Alexander The Great was surveying his battlefield and drinking water from silver urns. He knew nothing about bacteria, but he knew that silver containers have a seemingly miraculous way of keeping water fresh. Silver has been used for thousands of years in different forms for its health benefits. Throughout the middle ages, the wealthy gave their children silver spoons to suck upon to stave off illnesses. People have known about the benefits of silver for so long that it is incorporated into legends. Silver is the recommended agent for killing vampires, werewolves, and various forms of the so-called undead. According to ancient legend, a silver dagger was all that a knight needed to vanquish evil.

The new history of silver is a falsified history. Silver was once used extensively by all health care practitioners as an antibiotic, anti-viral, and as an anti-microbial. Nothing worked better then, and nothing does now. The F.D.A. began its crusade against silver products in the 1930's, because silver (as a natural substance) cannot be patented; but the organization's antibiotic and vaccine industry partners were able to patent their wares. Under the Food and Drug Administration's original name, the Bureau of Chemistry, its real mission was to legally protect the chemical industry by declaring toxic chemicals to be "generally recognized as safe", and to eliminate the chemical industry's competition through regulations. This history has likewise been obscured greatly in most modern historical texts, but the truth can be found in materials from its early period.

Silver medicine has been erased from the textbooks, and it is seldom given mention in medical literature. 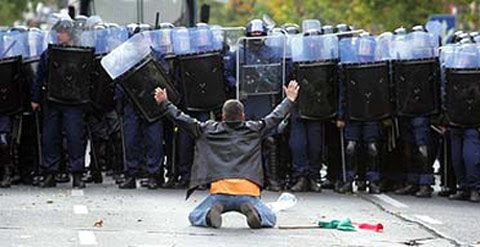 The battle for hearts and minds is on and the elite are getting fed up with citizen proles who believe it a right to speak freely and openly about their ideologies and criticisms of government policies.

Their attempts to control the agenda and conversation have repeatedly been met with protests, both online and off, as traditional mainstream audiences migrate by the millions to alternative media and citizen journalism.

But this obvious threat to the establishment’s status quo won’t be allowed to go on much longer. A recent interview with the head of England’s Ministry of Home Security, the British counterpart of America’s Department of Homeland Security, shows just how dangerous open thought and free speech are.

Posted by Brock Townsend at Wednesday, October 29, 2014 No comments:

The first three women to successfully complete the Marine’s Combat Endurance Test (CET) have been asked to leave the rigorous, infantry officers training course for failing to meet the physical standards required.
The Christian Science Monitor has details on the three, trailblazing women:


They were physically disqualified from the training last week for falling behind in hikes while carrying loads of upwards of 100 pounds, says Maj. George Flynn, director of the Infantry Officers Course (IOC) at Quantico, Va.

Earlier this month, the women had successfully completed the Combat Endurance Test, the first hurdle Marines must pass to become infantry officers – the quintessential front-line combat job. That accomplishment qualified them for the remainder of infantry officer training, the IOC.

The Monitor points out that it wasn’t just these three women who failed, but three men also dropped out at the same stage.

But, according to an analysis done by the Washington Free Beacon, there are interest groups in D.C. that are trying to get the Marine Corps to change the standards in the training course to help pave the way for women to fill combat roles:

Google is working on a cancer-detecting pill in its latest effort to push the boundaries of technology.
Still in the experimental stage, the pill is packed with tiny magnetic particles, which can travel through a patient's bloodstream, search for malignant cells and report their findings to a sensor on a wearable device.

As many as 2,000 of these microscopic "nanoparticles" could fit inside a single red blood cell to provide doctors with better insights about what is happening inside their patients.
More @ Newsmax
Posted by Brock Townsend at Wednesday, October 29, 2014 9 comments: 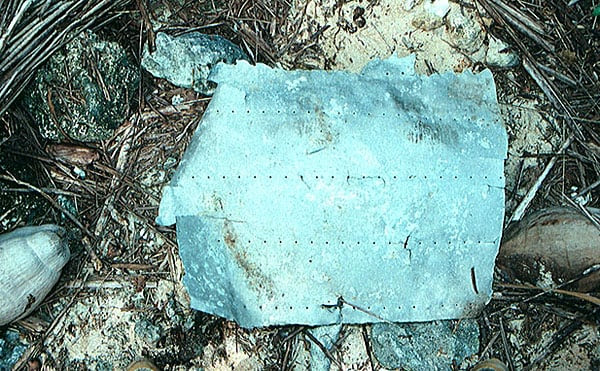 "........they made a forced landing on Nikumaroro’s smooth, flat coral reef. The two became castaways and eventually died on the atoll, which is some 350 miles southeast of Howland Island.”

Has the mystery of what happened to Amelia Earhart finally been solved?

A new report says a fragment of the lost aviator’s aircraft “has been identified to a high degree of certainty for the first time ever” since her plane vanished over the Pacific Ocean on July 2, 1937.

Earhart had been attempting a record-setting flight around the world at the equator.

According to Discovery News, new research strongly suggests a piece of aluminum aircraft debris recovered in 1991 from Nikumaroro, an uninhabited atoll in the southwestern Pacific republic of Kiribati, does belong to Earhart’s twin-engined Lockheed Electra.


The pro-amnesty Hispanic activist organization the National Council of La Raza helpfully promoted a Washington Post article explaining which states people can vote in without having to use a photo ID.

“Voter ID laws are at-issue across the country, with newly Republican-controlled legislatures having passed them in numerous states after the 2010 election,” explained The Washington Post’s Aaron Blake. “Most states still request some form of ID, but don’t require it. Another 20 states don’t require identification. In case you’re wondering where your state is at in all of this, a helpful (sic) graphic from the Post’s graphics team.”

FEDS Retaliate Against The Bundy Ranch And Southern Nevada

Remember the Bundy Ranch ordeal from back in April-2014?

As promised from Harry Reid who warned that this is not over, and that “something will happen”, well it appears that it is happening.

The federal government is mounting retaliations against the Bundy family and the Southern Nevada people with an official notice recently released by the Federal Registry, declaring that nearly 3 million acres of land in southern Nevada will be declared “ACEC” (read below) and placed off limits to nearly all human activity…


More with videos @ Before Its News
Posted by Brock Townsend at Wednesday, October 29, 2014 12 comments:


A gunman opened fire on two men in front of the courthouse in this small North Carolina town on Tuesday, sending panicked lunchtime shoppers ducking into shops along the normally quiet main drag.


The suspect was caught in the late afternoon after a manhunt that included dozens of armed officers searching the woods along a state highway with a police helicopter flying overhead. A second suspect was still on the loose Tuesday night. Authorities didn't offer a motive but believe the victims were targeted. Both were expected to survive.


A man beheaded a woman in her Long Island, N.Y., apartment late Tuesday and then dragged the body and head out onto a street, where onlookers initially thought they were witnessing a macabre Halloween prank, police and witnesses said.

The suspected killer, who was not identified, jumped in front of a commuter train near the Farmingdale, N.Y., home moments later, killing himself, Nassau County police said. Police said the woman appeared to be in her 60s, while the killer appeared to be around 30. It was not clear what prompted the murder suicide or what the relationship between the two was.

Witnesses told the New York Post they saw the man drag the woman's body out of the building and onto the street, where he kicked her head some 20 feet before going to a nearby railroad track and jumping in front of an eastbound Long Island Railroad train approximately 25 minutes later. Police said his body was found about a mile from the apartment.