Putin: Did Russia Cause Democrats to Lose House and Senate Too?

Posted by Brock Townsend at Saturday, December 24, 2016 No comments:

Back order @  Classic
Posted by Brock Townsend at Saturday, December 24, 2016 No comments:

President-elect Donald J. Trump’s latest missive on military spending suggests that Boeing has perhaps swayed him more than its rival Lockheed Martin. Now, he is preparing to pit one off the other to try to decrease the cost of new fighter jets, military analysts said on Thursday.

Mr. Trump’s post on Twitter on Thursday afternoon said that based on the “tremendous cost and cost overruns” on Lockheed’s new F-35 strike fighter jet, he had asked Boeing to *give him the price for a “comparable” version of its older F-18 Super Hornet.

His suggestion that *the F-35s and the F-18s were comparable also indicated that Mr. Trump was not yet fully up to speed on the technical characteristics of the jets, some analysts said

*He didn't say they were comparable, but to give him a price on a comparable version.  Idiot.
Posted by Brock Townsend at Saturday, December 24, 2016 8 comments:

An education watchdog reported Thursday that GWU has embraced a policy by one-third of the nation’s most prestigious schools, which makes a U.S. history course optional for students who call the field their vocation. The College Fix said GWU History Department Chair Karin Schultheiss and multiple instructors at the university rebuffed inquiries on the new rule.

“At GWU, history majors must take eight to ten upper level courses: one on a time period before 1750, and three on different regions of the world, including Europe, North America, Africa, Asia, Latin America, and the Middle East,” the watchdog group reported. “Previously, students were required to take two courses focused on Europe and North America and complete a thesis or capstone project. Though the thesis requirement still exists, students can choose to complete ‘digital capstone projects.’ “

The school’s newspaper, The Hatchet, recently said faculty framed the new policy as a way to “recruit students” and “better reflect a globalizing world,” The College Fix reported.


More @ The Washington Times
Posted by Brock Townsend at Saturday, December 24, 2016 No comments:


“I read one of Peter’s books on America’s trade problems years ago and was impressed by the clarity of his arguments and thoroughness of his research… He has presciently documented the harms inflicted by globalism on American workers and laid out a path forward to restore our middle class. He will fulfill an essential role in my administration as a trade adviser.”

One of Trump’s biggest campaigning points during the election was: We Are Losing To China. We’re Not Going To Lose Anymore.

Meet the Chinese Billionaire Who's Moving Manufacturing to the U.S. to Cut Costs

While it has been said for a long time that the U.S. is bleeding manufacturing jobs overseas, particularly to China, some businesses have been moving operations the other way round.

And now, the head of a leading Chinese glass maker making the same move has openly questioned if his country really is such a lucrative destination for offshore factories, reports Hong Kong newspaper the South China Morning Post.

Overall speaking, the tax burden for manufacturers in China is 35% higher than in the U.S., Cao Dewang told China Business Network in an interview. He added that a combination of cheap land, reasonable energy prices and other incentives means that, despite higher manufacturing costs, he can still make more money by making glass in the U.S. than by exporting Chinese-made panes to the U.S. market.

The Obama administration fired a top scientist, intimidated other staff, censored important information from Congress for political reasons, and waged “a reckless and calculated attack on the legislative process itself,” U.S. lawmakers concluded in a blistering new report about Obama's scandal-plagued Department of Energy. All of it was done in order to advance Obama's controversial “climate-change” agenda, according to congressional investigators. It is time for some serious changes in management at the U.S. Department of Energy, members of Congress declared. But even that is not nearly enough to remedy the damage unleashed by Obama via the unconstitutional bureaucracy.

The shocking revelations about the Obama administration's lawless attempts to pursue its “global-warming” regulatory regime at all costs were exposed in a congressional staff report released this week by the U.S. House Committee on Science, Space, and Technology. According to the document, a top Energy Department (DOE) scientist, Dr. Noelle Metting, was fired from her job for providing honest and accurate information to Congress beyond the pre-approved “talking points” provided by Obama's minions at the bureaucracy. The firing had a chilling effect on other scientists and staff, of course. Lawmakers were outraged.

President-elect Donald Trump slammed the Obama administration for its decision not to veto a U.N. resolution critical of Israel's settlements, promising that it would be "different" under his presidency.
"As to the U.N., things will be different after Jan. 20th," Trump tweeted Friday.

Trump’s tweet came about an hour after The U.N. Security Council passed a resolution demanding an end to Israeli settlement building in occupied territories.

The U.S. had the ability to veto the resolution but abstained from doing so despite pressure from Trump, Israeli Prime Minister Benjamin Netanyahu and U.S. lawmakers.

Israel: Obama administration 'colluded' against it at UN
Posted by Brock Townsend at Saturday, December 24, 2016 4 comments:

Via comment by Avraham on Choir from Killard House School for Special Needs:...

N.Y. developer : Michelle Obama Should Return to Being a Male 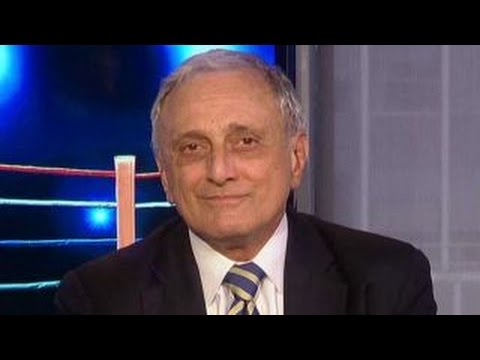 Paladino, who was honorary co-chair of President-elect Donald Trump's New York campaign, was one of a few dozen prominent Buffalo figures surveyed by Artvoice for an end-of-the-year feature on their hopes for 2017.

In response to a question about who should "go away," Paladino suggested the first lady should "return to being a male" and move to an African cave.

"I’d like (Michelle Obama) to return to being a male and let loose in the outback of Zimbabwe where she lives comfortably in a cave with Maxie, the gorilla," Paladino responded, according to Artvoice.