Jump forward to about five minutes if you like.
Posted by Brock Townsend at Sunday, December 01, 2013 4 comments: Links to this post

@ NC FIRE
Posted by Brock Townsend at Sunday, December 01, 2013 No comments: Links to this post 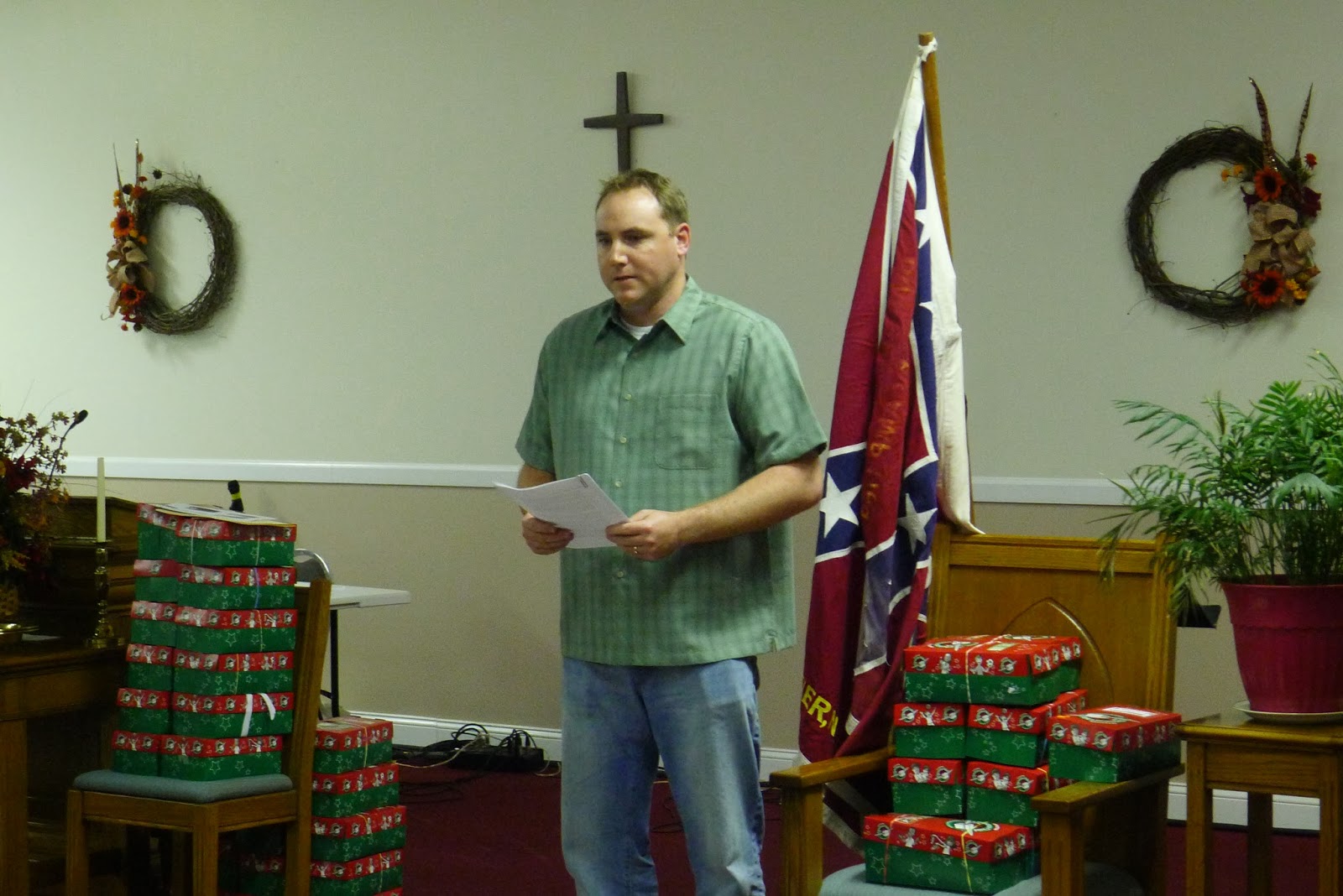 New member Taylor White gave an in-depth presentation on the eastern North Carolina campaign and members listened with great interest. Discussions ranged from the Burnside Campaign to General F. Holk's victory at the battle of Plymouth.
Posted by Brock Townsend at Sunday, December 01, 2013 No comments: Links to this post


Police are looking a man caught on surveillance tape they say sucker punched a 76-year old woman in East New York. It appears she is the latest victim of the violent “knockout” game. PIX 11 tried to speak with the victim at her apartment but she is so shaken she refused to open the door. “I feel like crying,” the woman said from behind the door.

We the People of the Confederate States of America

“The Confederate Constitution of 1861 is the manifestation of the Southerners’ better comprehension of the theory of our government. It is, indeed, a reactionary document; a reaction to inevitable changes that political, social, and economic forces were thrusting upon the U.S. Constitution, thereby transforming the community of States into a national community of individuals.  The emerging nationalism [in the United States] was not, they alleged, the nation of the mutual fathers of 1787. .

“The Confederate framers careful tinkering with the US Constitution betrayed a suspicion of party and partisan politics that had become the norm by mid-century in America.  Civic virtue – the willingness to put the common good ahead of individual interests – was central to the ideology of republicanism that emerged from the Revolution.  Additionally, a deep distrust of politicians and a conviction that persons who wielded government authority must be carefully watched lest they expand their power at the expense of liberty was foremost in the framers’ minds.

“By 1860 Southerners were perhaps more receptive to anti-party ideas than other Americans.  The meteoric rise of the Republicans impressed upon Southerners the evils of party: in their eyes the Republican party was bent upon using government to promote the interests of the North by riding roughshod over the rights of the South. As such, it was a chilling reminder of the dangers posed by political parties.”

A sign hovering above a Huntington Beach saloon for the last six years, thanking veterans for protecting our freedom, has been ordered to be removed. When he arrived at work on Monday, Johnny Kresimir, the owner of Johnny’s Booze and Pool, discovered a citation had been placed on his door. A city spokeswoman for Huntington Beach said the establishment lacked the proper permits to display the sign that reads, “Thank a Veteran for your Freedom.”

Posted by Brock Townsend at Sunday, December 01, 2013 No comments: Links to this post

Posted by Brock Townsend at Sunday, December 01, 2013 No comments: Links to this post

A Pinellas County woman has been charged with second-degree murder, accused of luring a man to an empty home where three men were waiting to rob him.

The robbery went bad, though, and the intended victim shot one of the would-be robbers, killing him, according to the Hillsborough County Sheriff’s Office.

Deputies said three men were waiting in the the vacant house to rob Weller. Instead, Weller began firing.


Former President Ronald Reagan has edged out Franklin D. Roosevelt and John F. Kennedy as the nation's greatest president in over a century, and President Obama was rated the biggest failure by a sizable margin over George W. Bush, Richard Nixon and Jimmy Carter, according to a new poll.

The YouGov/Economist rankings just released found that more adults, 32 percent, put "the Gipper" in the “great” category. Of the 1,000 polled, FDR followed at 31 percent and JFK at 30 percent. Just 14 percent rated Obama as great.

The 2013 Atlantic hurricane season, which officially ended on Saturday, had the fewest hurricanes in 30 years, casting doubt on claims from climate change alarmists that global warming will lead to more frequent and stronger storms.

No major hurricanes formed in the Atlantic basin for the first time since 1994, thanks in large part to "persistent, unfavorable atmospheric conditions over the Gulf of Mexico, Caribbean Sea, and tropical Atlantic Ocean," according to a report from the National Oceanic and Atmospheric Administration (NOAA).

Thirteen named storms formed in the Atlantic basin this year. But only two, Ingrid and Humberto, became hurricanes.

Tropical Storm Andrea was the only named storm to make landfall in the United States this season, bringing heavy rain and minor flooding to portions of Florida, Georgia, and South Carolina.

"This unexpectedly low activity is linked to an unpredictable atmospheric pattern that prevented the growth of storms by producing exceptionally dry, sinking air and strong vertical wind shear in much of the main hurricane formation region," he said.

NOAA and the U.S. Air Force flew only 45 hurricane hunter aircraft reconnaissance missions over the Atlantic basin this year, totaling 435 hours — the fewest flight hours since at least 1966, NOAA reported.

Unlike the United States, Mexico was battered by eight storms, including three hurricanes. Five came from the Pacific Ocean and three from the Atlantic.
Posted by Brock Townsend at Sunday, December 01, 2013 2 comments: Links to this post 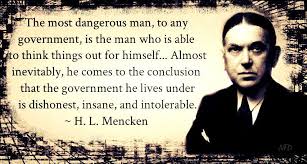 9. "The Gettysburg speech was at once the shortest and the most famous oration in American history...the highest emotion reduced to a few poetical phrases.

Lincoln himself never even remotely approached it. It is genuinely stupendous.

But let us not forget that it is poetry, not logic; beauty, not sense.

Think of the argument in it. Put it into the cold words of everyday.

The doctrine is simply this:

that the Union soldiers who died at Gettysburg sacrificed their lives to the cause of self-determination -- that government of the people, by the people, for the people, should not perish from the earth.

It is difficult to imagine anything more untrue.

The Union soldiers in the battle actually fought against self-determination; it was the Confederates who fought for the right of their people to govern themselves."


Is it possible to teach students the meaning behind President Abraham Lincoln’s Gettysburg Address without mentioning the Civil War?

According to the government’s new Common Core education standards, the Gettysburg Address must be taught without mentioning the Civil War and explaining why President Lincoln was in Gettysburg, Pennsylvania.

"Are there any Americans left?" Comment on "Letter to my children" Re-post 2011

"How pale is the art of sorcerers, witches, and conjurors when compared with that of the government's Treasury Department!"
-- Ludwig von Mises

Letter to my children

Are there any Americans left?

The membership of the "Greatest Generation" is dwindling, with it will go the last bastion of old-time traditions, honor, justice, and a way of life - though certainly not perfect - that was a far better way of life than we know today; not in monetary gains or technology, but in family,

That generation longed for a better way of life, and wanted what was best for their children, and because they did, you, me, and others of our generation have benefited from their desirers to extricate themselves and this country from the deprivations and extreme hardships of the Great Depression and the horrors of the Second World War. They left us a greater country. The letter states,

"What will we leave our children?"

If we don't put our national finances in order, we may face a complete meltdown of everything we know - culturally, politically, and physically. With today's Americans, who know nothing of hardship, extreme poverty, and deprivation year in and year out, along with having precious little concept of self reliance, what will happen when out country as we know it evaporates into a misty haze of what once was? Modern day Americans - most not all - are takers, not givers. Nearly half our population depends on Uncle Sam for survival; 48% pay zippo taxes. Like the old-times say, they've got

"a hand full of gimme and a mouth full of much obliged."

And when it's gone, what? Massive civil disobedience? Riots in the streets, as we've seen in Greece and other counties? Can't it happen here? I imagine that's what dear ol' King George III said about all those nasty Colonials,

Well, a ragtag bunch of folks brought down one of the mightiest military powers in the world at that time. Why? Because they believed in a cause, and nothing would sway their resolve. Has that time come again?

Is it time to set up a "guillotine" on the National Mall and start lining up the "aristocrats" who for so long have ignored the pleas of this country's good, hard-working, tax-paying folk who only want "bread" for their dear children's future?

If I hear one more peckerwood in Washington City talking about the horrors of spending cuts, government shut-downs, and the like, I think I'll puke. And why are so many of the county's problems the fault of us nasty Baby Boomers? How dare us be so bold and brazen to work all our lives, save, try and make ends meet, and then, when retirement is just around the bend, to have the pure gall to live so long!

When all the "humble, starving poor" who have child after child after child they can't afford, expect me - a working, taxpaying citizen - to pay for it! Trust me my friend, I see the "humble, starving poor" five days a week, 8 hours a day. I know that of which I speak. Are there folks who truly need help? You bet your sweet Maltese bippy there are. But they are about as scarce as hen's teeth. But those lapping at Uncle Sam's trough are fat and getting fatter. And what about those "anchor babies" who parents are illegal? Dear ol' Mom and Pop have not paid a dime into the system, and yet their children are eligible for Medicaid and food stamps until they are 18. And the REAL dear ol' Moms and Pops who were born and reared in this county and paid taxes all their lives are only eligible for 15/20 dollars in stamps. What a travesty!

And yet, there are those who praise Washington for its record of helping the poor, and keeping those nasty millionaires and billionaires in check. I'm willing to take my licks, as it were, but by-dingoes, what about all those billionaires and millionaires, and those irresponsible poor people who don't appear to care about anything but a hand-out and the next child/meal ticket they can sire? Perhaps if there were any real, red-white-and-blue Americans left, especially in Congress, they'd stand up and say,

"Short-term discomfort is better than a lifetime of misery."

I've plucked gems from a friend's newspaper letter to help compose this rant, but feel it's just time to stand and say,

Thanks for posting the letter, and sorry for this long, boring rant.


In response to the post: Letter to my children
Posted by Brock Townsend at Sunday, December 01, 2013 2 comments: Links to this post