This was posted with it: 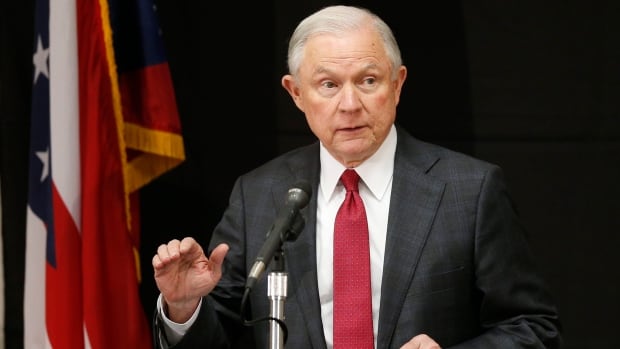 It is the latest threat made by Sessions in his public campaign to force cooperation between local authorities and federal immigration officials.

The Justice Department sent letters to police departments in Baltimore, Md., Albuquerque, N.M., Stockton and San Bernardino, Calif. telling them if they wanted federal help to root out drug trafficking and gang crime, they’d have to work with federal immigration authorities.

The letter was sent from McMaster to Rice's home in April, according to Circa, and the president didn't know about either the letter or McMaster's decision to allow Rice to keep her Top Secret/Sensitive Compartmented Information clearance.

"Going forward, the NSC will continue to work with you to ensure the appropriate security clearance documentation remains on file to allow you access to classified information," McMaster said in his letter. 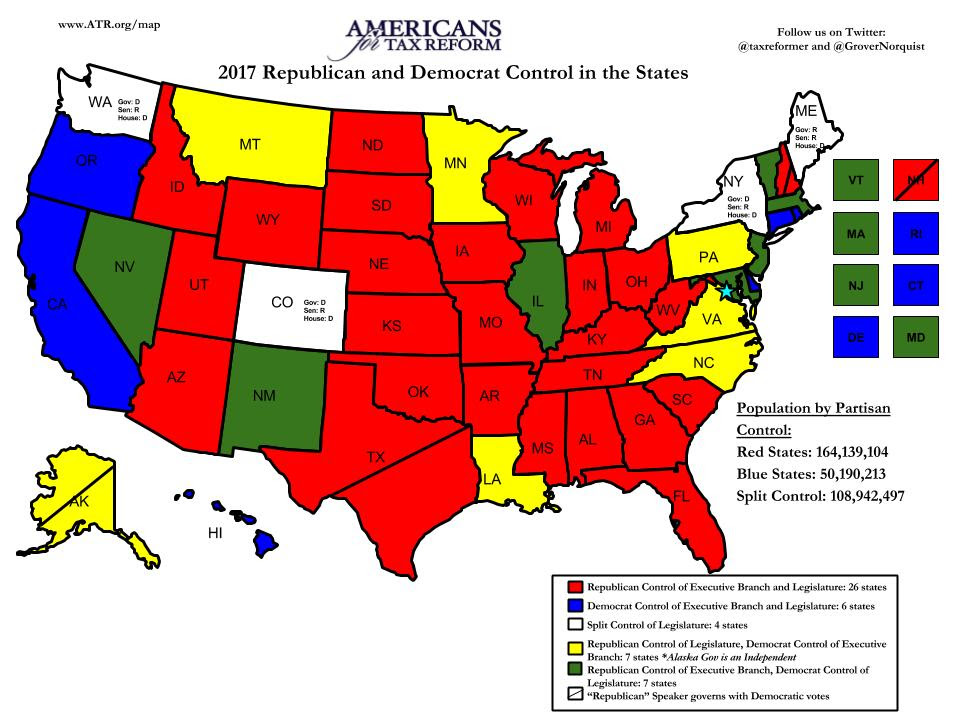 Tonight West Virginia Gov. Jim Justice (D) will announce his intention to join the Republican Party, and the GOP have full control of the legislative and executive branch in 26 states.

Democrats now only have full control of the legislative and executive branch in six states.

Click here for a full size version of the map.
Posted by Brock Townsend at Thursday, August 03, 2017 No comments:

Gregg Jarrett: Muellers Latest Hire PROVES "He Is Partial" and Must Resign

Killer Deal: Southern Cross of Honor: $35.00 each, plus shipping

Sen. Mark Warner, the top Democrat on the Senate Intelligence Committee, is calling for an investigation into the leak of transcripts of President Trump's phone calls with foreign leaders.

The leaked conversations included those with Australian Prime Minister Malcolm Turnbull about refugees and Mexican President Enrique Peña Nieto about the proposed wall along the Mexican border.

Warner, D-Va., told the Daily Beast the leak was "absolutely" troubling and that the president should be afforded confidential conversations.

Warner stated the leaks represent a "chaotic" White House, while suggesting that a Senate panel, such as the Judiciary or Intelligence Committees, investigate the matter.
Posted by Brock Townsend at Thursday, August 03, 2017 2 comments:

Dershowitz: Current Investigation on Trump is Stalinist - "Show Me the Man and I'll Show You the Crime"

California Attorney General Xavier Becerra has given the green light for CalExit proponents to begin collecting signatures for a California secession ballot initiative in the 2018 general election.

This is good news. California is the logical place to begin having a conversation about secession, and every red state American should be actively supporting the proposal.

As California goes, so goes Oregon and Washington, and in the not so distant future perhaps Massachusetts, Connecticut, Maine, Vermont, and New Hampshire. Maybe Hawaii might finally get the chance to regain its independence.

What would this mean for red state America?

Add to that list Maxine Waters, Nancy Pelosi, and even Susan Collins and the Congress becomes a much more hospitable place.

Imagine all the red state people living in peace with no Deep North or West Coast hell.

It’s easy if you try.

Unless the politics of France, Germany, and Sweden change dramatically in the next six years, only the most severe military and police actions will be able to save their countries and people from violent civil war threatening complete Islamic conquest. They are now in the grip of tightening Islamic Civilization Warfare, and their leaders are responding by accommodation to Islam and its culture, even criminalizing criticism of Islam. Accommodation and appeasement only facilitate their ultimate defeat and its unthinkable consequences. Yet they remain blind to the dangers of massive Muslim migration, which are clearly and abundantly evident in the sacred doctrines of Islam, 1,400 years of Islam’s history, and escalating violence and terrorism everywhere Islam encroaches on Western Civilization. Other Western nations, including the United States, Canada, and the UK are not that far behind France, Germany, and Sweden in their potential to transform prosperity and freedom into a desperate and nightmarish struggle to fend off Islamic Jihad.


More @ The Tribune
Posted by Brock Townsend at Thursday, August 03, 2017 No comments:

Does Maryland’s Flag Have Confederate Ties?

During a social media campaign to derail HBO’s planned modern-day Southern slavery drama, one Twitter user’s posts about the history of the Maryland flag got a lot of attention.

“What a lot of people don’t know is that the Maryland flag is half confederate,” @benjancewicz wrote, using the hashtag #NoConfederate.

What if Some Spies Are Bad Guys? By Andrew P. Napolitano

What if the federal government captures in real time the contents of every telephone call, email and text message and all the fiber-optic data generated by every person and entity in the United States 24/7/365? What if this mass surveillance was never authorized by any federal law?

What if this mass surveillance has come about by the secret collusion of presidents and their spies in the National Security Agency and by the federal government’s forcing the major telephone and computer service providers to cooperate with it? What if the service providers were coerced into giving the feds continuous physical access to their computers and thus to all the data contained in and passing through those computers?

President Trump declared Thursday that U.S. relations with Russia are the worst they have ever been following new congressionally mandated sanctions against Vladimir Putin's country.

"Our relationship with Russia is at an all-time & very dangerous low. You can thank Congress, the same people that can't even give us HCare!" Trump tweeted Thursday morning.

The New York Times reported last Friday that “an exodus is underway” in the State Department. The Times didn’t think this was good news; it gave space to one career diplomat who lamented that there was “complete and utter disdain for our expertise.”

This could be the best news to come out of Washington since the Trump administration took office.
We can only hope that with the departure of these failed State Department officials, their failed policies will be swept out along with them. Chief among these is the almost universally held idea that poverty causes terrorism. The United States has wasted uncounted (literally, because a great deal of it was in untraceable bags full of cash) billions of dollars in Afghanistan, Iraq, Pakistan, Egypt, and other countries in the wrongheaded assumption that Muslims turn to jihad because they lack economic opportunities and education. American officials built schools and hospitals, thinking that they were winning over the hearts and minds of the locals. 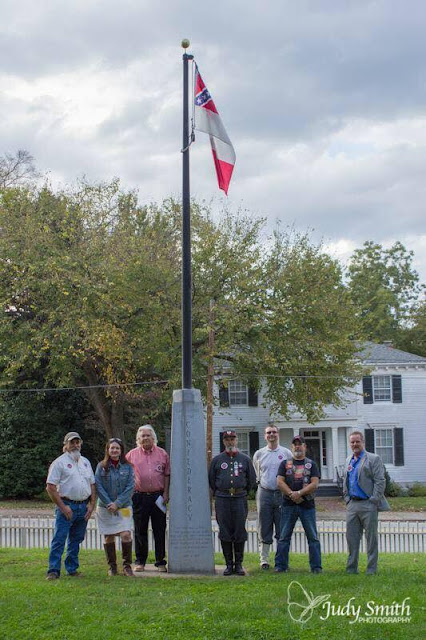 True story out of Danville: a realtor was showing a couple around town. They were transferring from New York. When they passed the first giant battle flag, the couple expressed concern but the realtor explained about the history and heritage of Danville being the last Capital of the Confederacy and they seemed to accept the explanation . When they passed the second flag he repeated the information and the wife, who was seated in the back seat, appeared shaken. After passing a THIRD flag, the wife leans up and whispers into her husband's ear, at which time the man turns to the realtor and tells him that he can cut the house hunting short because they would NOT be moving to Danville, Virginia.

It seems our giant beautiful flags serve yet another useful purpose: Yankee/carpetbagger repellent! 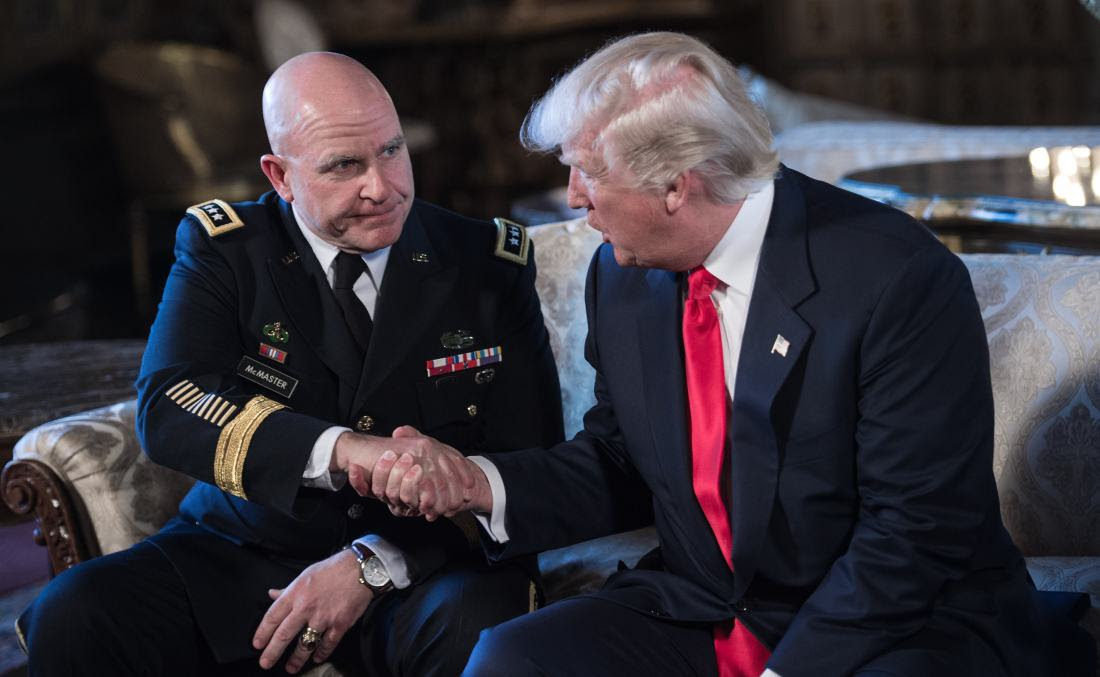 President Trump is looking at shifting CIA Director Mike Pompeo to the White House as national security adviser, according to a report Wednesday evening.

The move would bump H.R. McMaster, the current national security adviser. McMaster, a three-star Army general, would in turn be sent to Afghanistan to command U.S. forces in that country, the New York Times reported, citing several unnamed administration officials. The move could help McMaster earn his fourth star.

Shortly after the appointment of special counsel Robert Mueller in May, acting FBI Director Andrew McCabe told several of the highest-ranking managers of the bureau they should consider themselves possible witnesses in any investigation into whether President Donald Trump engaged in obstruction of justice, according to two senior federal law enforcement officials.

McCabe has told colleagues that he too is a potential witness in the probe of whether Trump broke the law by trying to thwart the FBI's Russia investigation and the investigation into whether the Trump campaign colluded with the Russian government to defeat Hillary Clinton in the 2016 election.

Two senior federal law enforcement officials have told me that the new revelations illustrate why they believe the potential case against Trump is stronger than outsiders have thought.