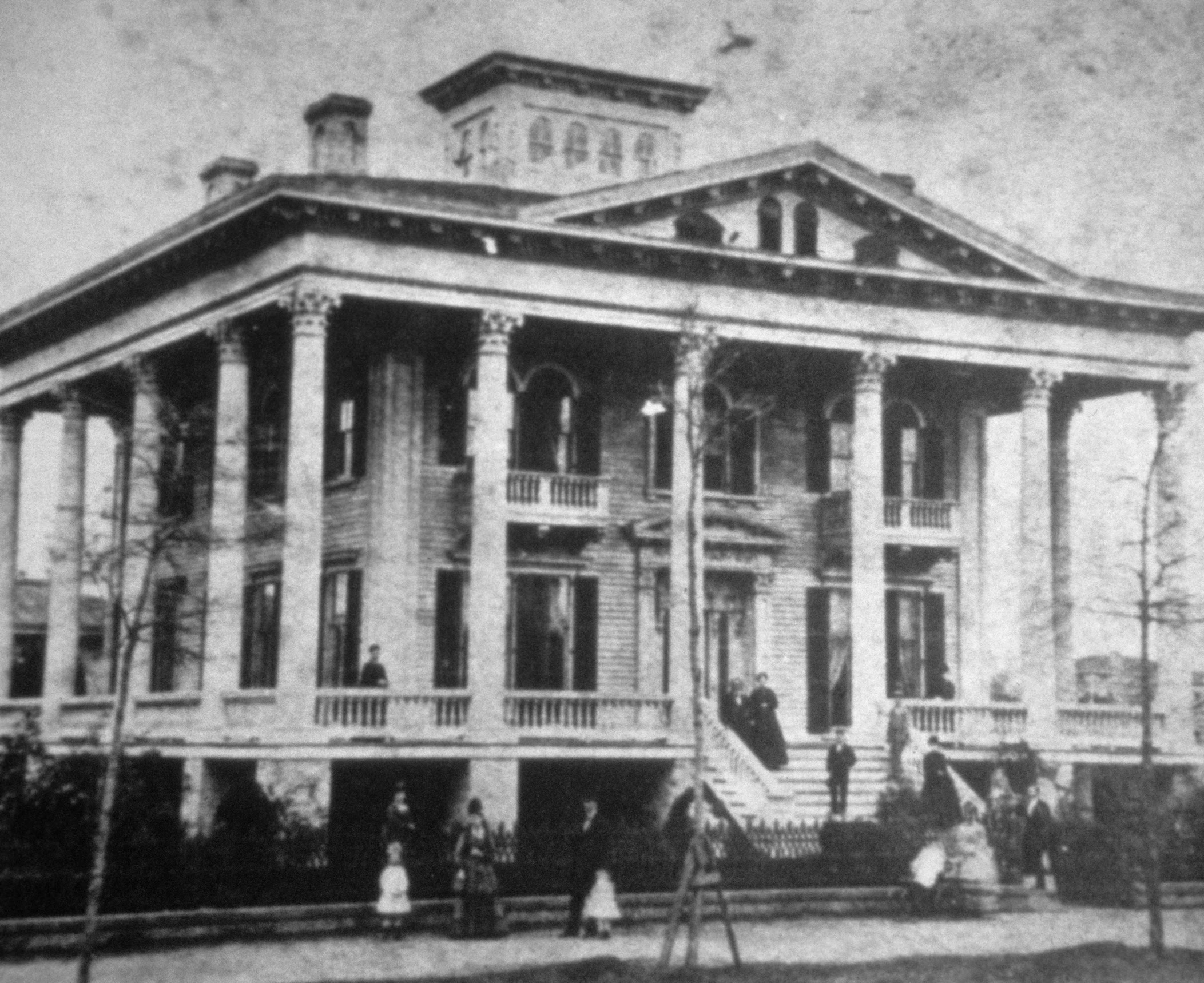 The father of the writer below, Dr. John D. Bellamy of Wilmington, sent his family 60 miles inland to refugee in safety from marauding Northern troops. Not only was his family terrorized by invading Northern “hirelings” in early 1865, but Dr. Bellamy’s home in Wilmington was occupied and looted after the fall of that city. His wife organized the local Soldiers Aid Society which cared for the wounded and produced clothing for Southern soldiers.

“My [planter/physician] father had two sons in Virginia, in the [Confederate] Army and Navy, and the next one to go was I. So during the winters of 1863 and 1864, and the early part of 1865, although he shod his Negroes with good shoes, he made me, and also my younger brother, go barefoot during the winters. He said it would toughen and harden us, and that when my time to go to Virginia, I would be able to stand the exposure of the battle fields; and the result was that I never had, from that day to this, any serious illness – owing much of my longevity to this enforced practice in my rearing.

I can recollect, while going out in winters with my feet bare, in the snow and ice that I always went on the side of the fence where the sun shone through the cracks of the rails and melted the snow! It was warmer!

With great vividness I remember, also, how in March 1865, after Sherman had burned Columbia . . . General Francis P. Blair, of Sherman’s army, came with his corps, consisting of General Hickenlouper’s Brigade and other troops, through Robeson County, where we were refugeeing. The corps that came immediately around our home consisted of Germans or Hickenlouper’s Brigade, who could speak very little English, and German officers were in command.

They were hirelings of the United States Government to assist in fighting the South, very much as the Hessians were hired during the Revolutionary War.

It had been rumored that my father was a very wealthy man, and immediately the Hessians drew their steel ramrods out of their muskets, and began to pierce the ground all around our home and other places on the premises, to find what treasure they could unearth.

They found the silver my oldest sister had buried under the steps. They also discovered a valued deposit in which was my father’s valued diploma from Jefferson College, of the University of Pennsylvania. [The bummers] had gone through our home and cut open the locked bureau drawers with axes and stolen every valuable they could find . . . .

[An officer,] with three or four Germans, came into our home . . . and demanded that my mother give them the contents of her safe, which contained milk, butter and other food. Of course she had to comply! Immediately, they started to drink the milk, and remarked, “Mrs. Bellamy, is this milk poisoned?” So, my mother drank a cup of milk, before they would drink the remainder.

They left us without food and penniless for nearly a week, after the troops continued their march to Fayetteville and Wilmington and through Bentonville. [While] a boy, two bummers seized me, held me, and took off a nice pair of shoes, which I had put on to prevent them from being stolen! I was left in my stocking feet, in the cold rain, in the back yard! And that Yankee had my shoes!

[Someone told the Yankees of a] certain lady living in the neighborhood had money and jewels, which she had hidden in the mattress of her bed. [They] found her sick in bed [and] asked for her money and she denied having it. They pulled her out, raised up the mattress, found her valuables, and took them! As a punishment, they knocked in the top of a hogshead of molasses, which they found in her barn, and dipped her, head and all, into the barrel!

Why the $PLC is Dangerous to Freedom

David Knight and Jakari Jackson discuss the latest piece of trash put forth by the Southern Poverty Law Center and how they are nothing but a mouth piece for the globalists.

“The war is actually begun.

The next gale that sweeps from the north will bring to our ears the clash of resounding arms! Our brethren are already in the field! Why stand we here idle? What is it that gentlemen wish? What would they have?”


Randy Weaver was a white separatist, a racist and a radical whose views were unpalatable to general society. In fact, most patriots would not have wanted to associate with him and his family. Their views were strange, and some of the people they associated with were even more unsavory in their views than the Weavers were. Patriots may not understand how someone who claimed to believe in liberty could honestly believe that one race is somehow better than another. One thing that patriots do understand, however, is that regardless of what Weaver’s beliefs were, he had the right to live in peace, and he did not deserve to have his son shot in the back or his wife’s head blown off on his own land at Ruby Ridge. Randy Weaver had the right to self-defense, and the government was wrong. Twenty-three years later, the horror of his story has not waned…and never will.

Be Home When the Street Lights Come On


I can't believe we made it. from Bart Mitchum on Vimeo. 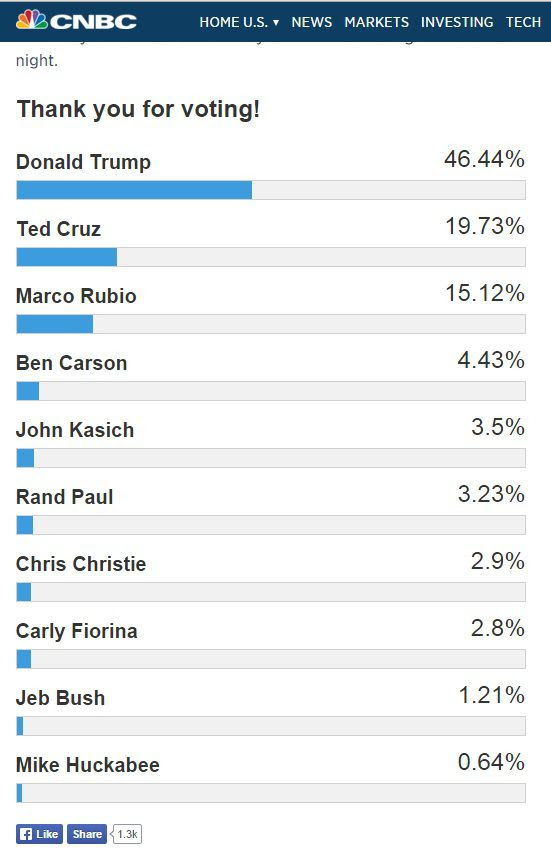 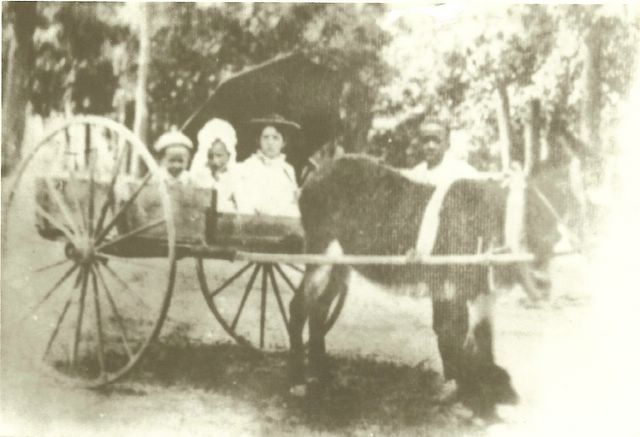 Three of my great aunt's from left to right, Mabel, Kate and Lucy with their playmate, Bob, around 1880. Many of the black and white Leach's had/have similar family names as listed in this article.


(My G Aunt Lucy Iana Leach - Reminiscences Of My Work)

Posted by Brock Townsend at Thursday, October 29, 2015 No comments:

Rich! :) It's the Steel: Bill Whittle's Solution to Gun Control 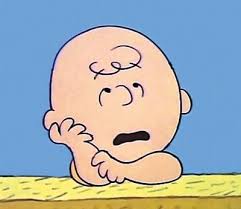