Republican House Leader Has Some ‘Serious Questions’ For Adam Schiff

The senate committee interviewed more than 200 witnesses and reviewed more than 300,000 documents before reaching its conclusion. Since then, senate Democrats have tried to poke holes in the claims by pointing out that “direct evidence” is rare and given the same weight has circumstantial evidence. House Democrats, led by new committee chairman Adam Schiff (D-CA), have vowed to continue investigating anything they can to prove Trump has committed a crime — even using congressional authority to subpoena Trump’s tax returns.

In response to Schiff’s determination to find a crime, House Minority Leader Kevin McCarthy (R-CA) released a series of questions for his Democrat colleague.


More @ The Daily Wire
Posted by Brock Townsend at Saturday, February 16, 2019 2 comments: Links to this post 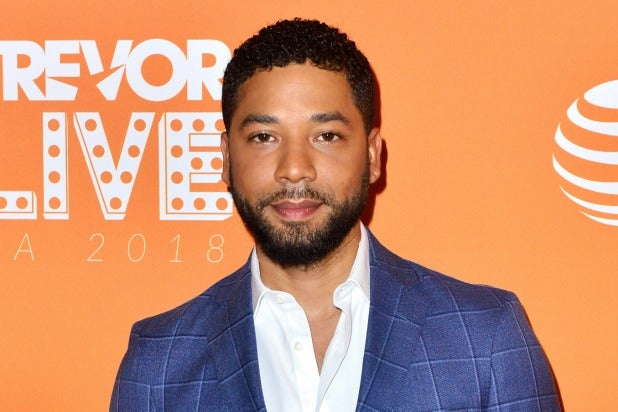 New evidence in the alleged assault on "Empire" actor Jussie Smollett suggests that Smollett paid two Nigerian brothers to orchestrate the attack on him, according to law enforcement officials.

Sources say at least one of the brothers bought the rope used in the incident at Smollett’s request. The sources also say the 'Empire' actor paid for the rope, which was purchased at the Crafty Beaver Hardware Store the weekend of Jan. 25. The brothers were paid $3,500 before leaving for Nigeria and were promised an additional $500 upon their return.

"2 #CPD sources tell @fox32news the brothers arrested & released in #JussieSmollett case told detectives they were paid by the #Empire actor to orchestrate the attack," Fox 32 Chicago reporter Rafer Weigel tweeted. "Detectives also have a receipt for the rope found on #Smollett neck showing the brothers bought it."


More @ The Gateway Pundit
Posted by Brock Townsend at Saturday, February 16, 2019 6 comments: Links to this post

Posted by Brock Townsend at Saturday, February 16, 2019 No comments: Links to this post 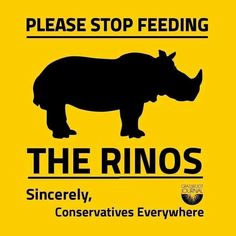 I'm sure the MSM and their comrades in the DNC will NOT make a point of saying this at all...they are too thrilled spit-less to have put Trump in a no-win position on the "Keep the Government AND the Border Open" POS legislation they passed...but they passed the Bill with veto-proof majorities in House & Senate AND TRUP HAD TO SIGN IT like it or not.- Trump is getting the BLAME for what the Uniparty crap-weasels and shit-heels did in cobbling this 'hate America even more' legislation.

Be very clear (especially YOU Ann Coulter) IT WAS THE DC SWAMP (RINOcrats and Demunists both) that just sold America down the river, Not Trump.- The Swamp pulled every low-down, filthy, scummy 'trick' in the District of Communists [DC] book to stop the Wall. Including drafting a Bill he would not have signed had fewer RINO surrender-monkeys not caved-in as usual for them. They instead gave the Democrat Socialists a VETO-PROOF piece of legislative shit even nastier than ObamaCare was...plumbing new depths of depravity and betrayal of their oaths of office and the 'voters' they are supposed to represent (hardy-fucking-har to that one).

The RINO's of the 'surrender party' and Mitch McConnell as their 'leader' ALL deserve to be tossed-out of office at the least, but I'm leaning towards reviving the practice of tar & feathers before riding them out of town on a rail.- The Democrats closely following them.....

From a piece on TheoSpark (Above) (bolding added) [T]hey passed the Bill with veto-proof majorities in House &Senate
…
The RINO's of the 'surrender party' and Mitch McConnell as their 'leader' ALL deserve to be tossed-out of office at the least, but I'm leaning towards reviving the practice of tar & feathers before riding them out of town on a rail.

Imprimis: Shall We Defend Our Common History? 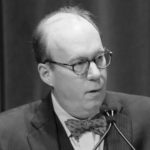 Doubtless there are things to criticize about Donald Trump. But being racist isn’t among them.
What infuriates his critics—but at the same time affords them so many opportunities to bathe in the gratifying fluid of their putative moral superiority—is that Trump refuses to collude in the destructive, politically correct charade according to which “racism” is the nearly ubiquitous cardinal sin of white America.
He is having none of that, and his refusal to go along with the attempted moral blackmail is driving his critics to a fever pitch. They scream “racism” but, unlike other politicians, Trump refuses to cower in the corner whimpering. That he goes against their script infuriates them.


The following is adapted from a talk delivered on board the Crystal Symphony on July 19, 2018, during a Hillsdale College educational cruise to Hawaii.

The recent news that the University of Notre Dame, responding to complaints by some students, would “shroud” its twelve 134-year-old murals depicting Christopher Columbus was disappointing. It was not surprising, however, to anyone who has been paying attention to the widespread attack on America’s past wherever social justice warriors congregate.

Notre Dame may not be particularly friendly to its Catholic heritage, but its president, the Rev. John Jenkins, demonstrated that it remains true to its jesuitical (if not, quite, its Jesuit) inheritance. Queried about the censorship, he said, apparently without irony, that his decision to cover the murals was not intended to conceal anything, but rather to tell “the full story” of Columbus’s activities. 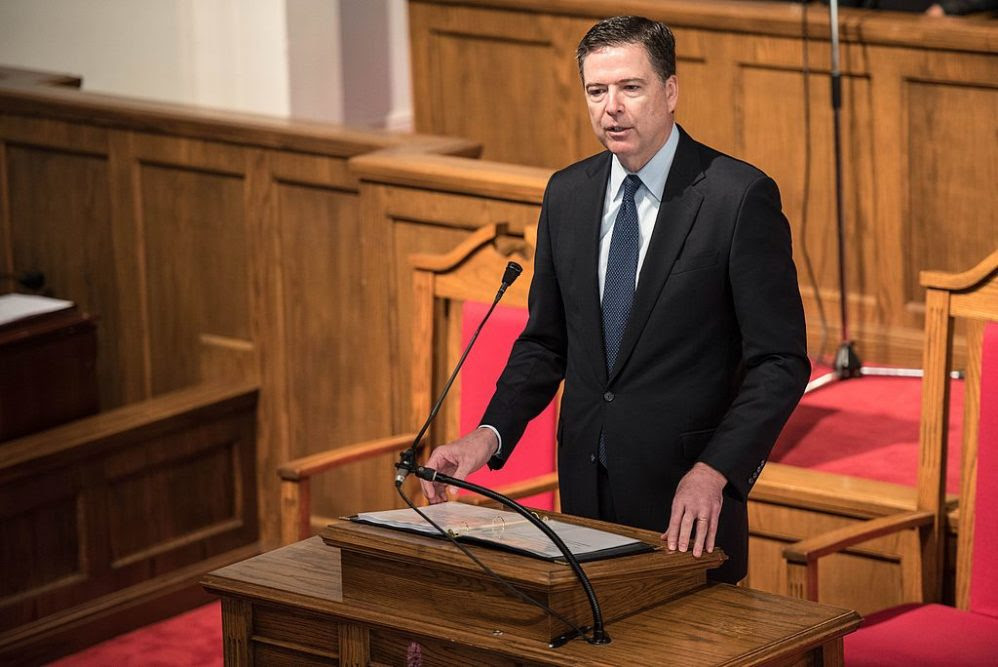 If Washington, D.C. were a better place, former FBI deputy director Andrew McCabe would be swiftly run out of town. He was fired last year for lying to the FBI’s inspector general at least four times regarding serious questions about multiple abuses that occurred while McCabe sat in a powerful and unelected office.

2. McCabe and His Co-conspirators Only Ever Had The Dossier to Go On

6. The Whole Russia Probe Is Tainted And Corrupt

7. Comey, McCabe, Clapper, And Brennan Are Unpatriotic Dopes
Posted by Brock Townsend at Saturday, February 16, 2019 6 comments: Links to this post

The top brass of the Obama FBI went to great lengths to justify their decision not to recommend charges against former Secretary of State Hillary Clinton for mishandling classified information, according to Judicial Watch, which obtained evidence that the agency created a 'chart' of Clinton's offenses.

The newly obtained emails came in response to a court ordered Freedom of Information Act (FOIA) request that the DOJ had previously ignored.

Three days after then-FBI Director James Comey’s press conference announcing that he would not recommend a prosecution of Mrs. Clinton, a July 8, 2016 email chain shows that, the Special Counsel to the FBI’s executive assistant director in charge of the National Security Branch, whose name is redacted, wrote to Strzok and others that he was producing a “chart of the statutory violations considered during the investigation [of Clinton’s server], and the reasons for the recommendation not to prosecute…”


More @ Zero Hedge
Posted by Brock Townsend at Saturday, February 16, 2019 No comments: Links to this post

Why Trump will win the wall fight

Justice Oliver Wendell Holmes once said, “If my fellow citizens want to go to hell, I will help them. It is my job.” He was expressing the limited role of courts in challenges to federal law. It is not the task of judges to sit as a super legislature to question the agendas of the political branches. They will gladly send Congress to hell. It only needs to point to the destination.

In the matter of the border wall, Congress could not have been more clear where it was heading. It put itself on the path to institutional irrelevancy, and it has finally arrived. I do not agree there is a national emergency on the southern border, but I do believe President Trump will prevail. This crisis is not the making of Donald Trump. This is the making of Congress.


More @ The Hill
Posted by Brock Townsend at Saturday, February 16, 2019 10 comments: Links to this post

The WH did not make one executive action today. In reality they made three, only one of which involved an emergency declaration. 2/

First the WH announced they would be funding $601 million in wall construction from the Treasury Forfeiture Fund, relying on 31 U.S.C. § 9705. This does not require an emergency declaration. 3/

Second, the WH announced they would be funding $2.5 billion in wall construction under 10 U.S.C. § 284 (this is MilCon $ for combating drug trafficking). This does not require an emergency declaration. 4/

Finally, the WH announced they would be funding $3.6 billion under 10 U.S.C. § 2808. This money does require an emergency declaration. 5/

So depending on how fast they can begin construction, they will have to spend over $5 billion (including the $1.3 billion in fencing appropriations) before any of the emergency money is ever tapped 7/

I have a video of Brandon thanking his SCV camp for sponsoring him and complaining that he tried to dance with Dixie and found out he didn't know how! :) They were both about 10 at the time. 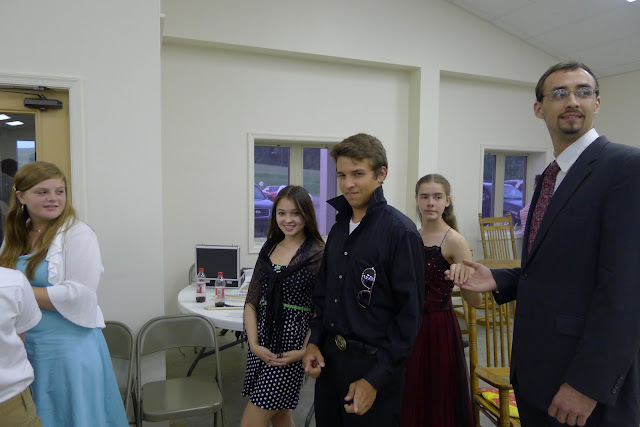 In this age of political correctness 1984 it may surprise people that there were three TV series that portrayed Confederates in a good light. All three are very good and all the episodes of two of the series are available on DVD, and some of the episodes of the other series is available.

The first series is Yancy Derringer. Yancy Derringer is a gentleman, adventurer and gambler. He is a former Confederate Army captain who has returned to New Orleans, Louisiana, in 1868, three years after the end of the War, during Reconstruction. The state is under Union control and martial law.

Widely respected by all parts of New Orleans society as a Southerner who never surrendered, Derringer is recruited by the Federal City Administrator, John Colton, to work as a secret agent at no pay and only Colton knows of his special role.


More @ The Abbeville Institute
Posted by Brock Townsend at Saturday, February 16, 2019 21 comments: Links to this post