You'll shoot your eye out! 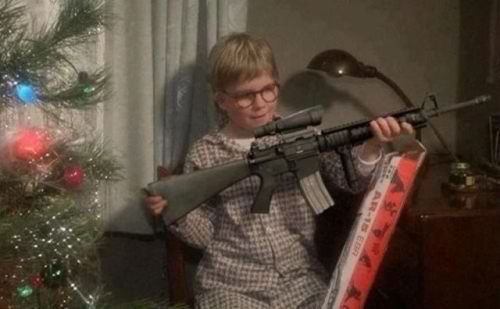 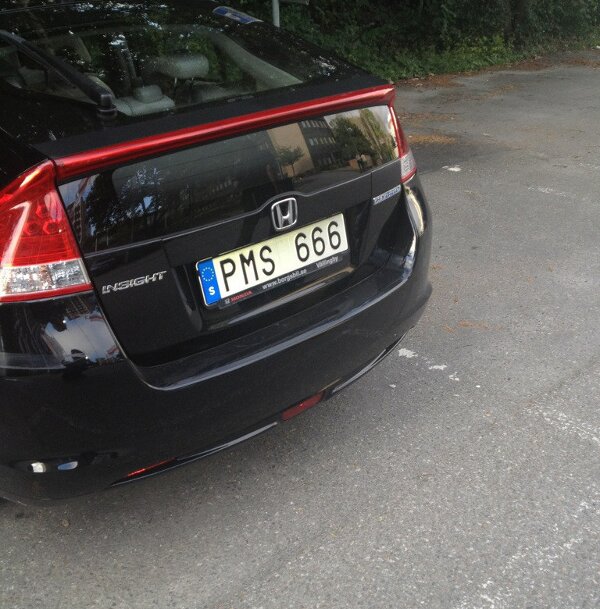 If Every U.S. State Declared War Against the Others, Which Would Win? 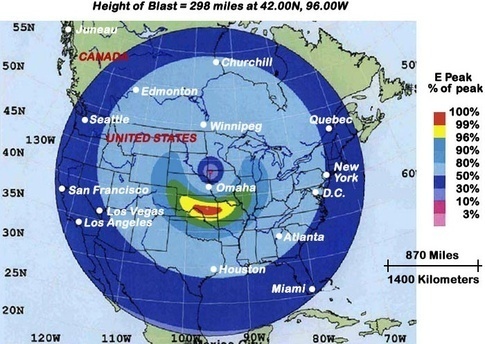 This question originally appeared on Quora. It was taken from Quora's "hypothetical battles" topic, where readers "can ask questions and get answer on fighting that wouldn't likely or ever happen in real life."

These are the accounts of the Second American Civil War, also known as the Wars of Reunification and the American Warring States Period.

After the breakup, many wondered which states would come out in control of the power void created by the dissolution of the United States. There were many with little chance against several of the larger more powerful states. The states in possession of a large population, predisposition for military (i.e.) military bases, and a population open to the idea of warfare fared the best. In the long term, we would look to states with self-sufficiency and long term military capabilities.

Here are the states that held the greatest strategic value from day one. They have the ability to be self-sufficient, economic strength, military strength, the will to fight, and the population to support a powerful war machine.

Others that have many of the qualities that gave them an advantage are also listed.

For all intents and purposes, Alaska and Hawaii ended well enough since they were so far removed from the center of the country that they never really suffer greatly nor benefit from the shattering.

Via comment by Blue  on ObamaCare Fallout: Walmart Ends Insurance For New Hires

CEDAR FALLS, Iowa (AP) — Cedar Falls plans to reduce dozens of part-time public employees' hours in order to avoid having to offer them insurance under a requirement of the federal health care overhaul Obamacare set to take effect in 2014.

Cedar Falls Administrative Services Director Richard McAlister said the reduction in hours for 59 workers is necessary because if all of them opted for insurance  that must be offered under the federal law Obamacare, the city could face an additional $855,000 annual cost, the Waterloo-Cedar Falls Courier reported Wednesday (http://bit.ly/UccSOX ). McAlister said that would require employee layoffs.

The part-time employees aren't currently eligible for health insurance, but the new federal law Obamacare will require employers to offer insurance to part-timers who work 30 or more hours per week. The city can avoid the requirement by cutting part-timers' hours from 32 to 29 hours a week.

And so the government takeover of our health care system begins:

Walmart, the nation’s largest private employer, plans to begin denying health insurance to newly hired employees who work fewer than 30 hours a week, according to a copy of the company’s policy obtained by The Huffington Post. …

Walmart declined to disclose how many of its roughly 1.4 million U.S. workers are vulnerable to losing medical insurance under its new policy. …

Labor and health care experts portrayed Walmart’s decision to exclude workers from its medical plans as an attempt to limit costs while taking advantage of the national health care reform known as Obamacare. Among the key features of Obamacare is an expansion of Medicaid, the taxpayer-financed health insurance program for poor people. Many of the Walmart workers who might be dropped from the company’s health care plans earn so little that they would qualify for the expanded Medicaid program, these experts said.

Blithering idiots, the columnist and the killer. 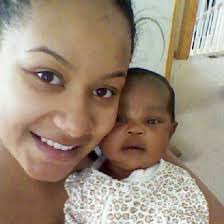 Today, columnist Jason Whitlock of Fox Sports and formerly of the Kansas City Star, blamed the Second Amendment to the United State Constitution for the murder/suicide of Jovan Belcher, linebacker for the Kansas City Chiefs. Calling for the NFL to have cancelled the Chiefs’ Sunday game, Whitlock wrote:

I would argue that your rationalizations speak to how numb we are in this society to gun violence and murder. We’ve come to accept our insanity. We’d prefer to avoid seriously reflecting upon the absurdity of the prevailing notion that the second amendment somehow enhances our liberty rather than threatens it.

How many young people have to die senselessly? How many lives have to be ruined before we realize the right to bear arms doesn’t protect us from a government equipped with stealth bombers, predator drones, tanks and nuclear weapons?

Our current gun culture simply ensures that more and more domestic disputes will end in the ultimate tragedy, and that more convenience-store confrontations over loud music coming from a car will leave more teenage boys bloodied and dead.

Whitlock never lays responsibility for Jovan Belcher’s murder of his 22-year-old girlfriend and his suicide at the feet of Jovan Belcher.

Via Hype And Fail

According to European Commission documents released Tuesday by Wiki Leaks, two high-ranking U.S. politicians are responsible, at least in part, for a financial blockade that the organization claims has cut off 95 percent of its revenue. Those politicians are Sen. Joseph Lieberman (I-Conn.) and Rep. Peter King (R-N.Y.), both of whom pressured MasterCard, and possibly Visa, into refusing to process payments to WikiLeaks, the documents reveal. MasterCard and Visa together control 97 percent of European Union (EU) card transactions.

There is no question that WikiLeaks is a thorn in the side of the U.S. government, revealing, in gory detail, how its world-girdling empire really operates. Nevertheless, the United States has never charged WikiLeaks or any of its staffers with a crime, and neither has any other country. Thus, there can be no justification for U.S. or foreign officials to engage in an extralegal campaign against the group; but that is exactly what they are doing.

“WikiLeaks,” writes the Guardian's Glenn Greenwald, “has been crippled by a staggering array of extra-judicial punishment imposed either directly by the U.S. and allied governments or with their clear acquiescence.”

The median net worth of American households has dropped to a 43-year low as the lower and middle classes appear poorer and less stable than they have been since 1969.

According to a recent study by New York University economics professor Edward N. Wolff, median net worth is at the decades-low figure of $57,000 (in 2010 dollars). And as the numbers in his study reflect, the situation only appears worse when all the statistics are taken as a whole.

President Obama proposed tax hike contains a lot to dislike, but what hasn't gotten much attention is the tax hike on savings and investments. While the marginal income tax rate will rise from 35% to 39.6% for top income-earners and small business owners, the proposed tax hike on capital gains and dividends could cause the most long-term economic damage.

That's not to downplay the rise in marginal rates. It could cost hundreds of thousands of jobs over the next few years. More universally acknowledged by economists, however, is the economic harm that savings and investment taxes do. In the Tax Foundation's analysis of President Obama's tax proposals, they found that the capital gains and dividends tax hikes will be almost five times as harmful in the long-run.

What President Obama's proposal does is treat dividends income as ordinary income for the upper-income tax rates. That means that we'd see a tax hike from 15% to 39.6% on dividends. Additionally, the capital-gains tax rate would increase from 15% to 20%.

Considering the pure size of the dividend tax hike, it might be most harmful. President Obama's former economic advisor Larry Summers, along with James Poterba, pioneered important research in the 1980s suggesting that dividend taxes constitute a form of a double-tax on corporations - one of the most harmful kinds of taxes that a government can levy.


We find that the traditional view that dividend taxes constitute a "double-tax" on corporate capital income is most consistent with our empirical evidence. Our results suggest that dividend taxes reduce corporate investment and exacerbate distortions in the intersectoral and intertemporal allocation of capital.

The coming hike in marginal income tax rates would certainly do some damage. Taxes on savings and investments, however, have the potential to do the most harm to the economy out of all the planned tax hikes.
Posted by Brock Townsend at Sunday, December 02, 2012 4 comments:

Radio communication NOW and in a WROL situation.

Posted by Brock Townsend at Sunday, December 02, 2012 No comments:

Posted by Brock Townsend at Sunday, December 02, 2012 No comments:


Posted by Brock Townsend at Sunday, December 02, 2012 No comments:


It is a Natural Right. 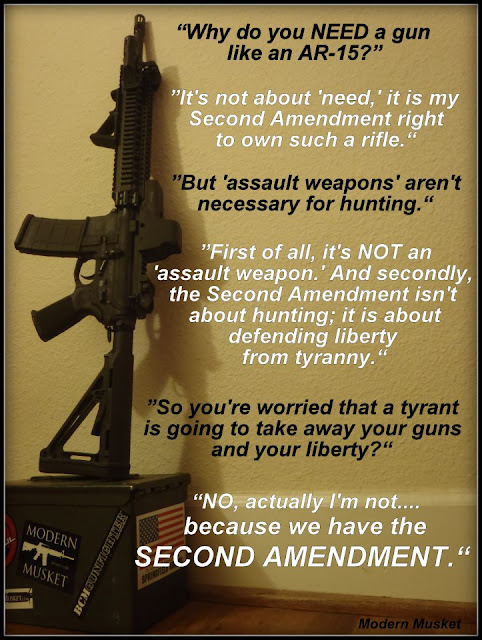 You're my best friend