The cost of Black America

If you are a white American, over the course of your lifetime the federal government will, on average and on your behalf, transfer $384,109 of your wealth and income to a single black individual.

According to the data derived from the 2014 federal budget, the average annual net tax/benefit broke down as follows:

Diversity is expensive. Now you understand why you won't have much of an inheritance to leave to your children. Do you really think it's worth it? And then, those natural conservatives to the south, the Hispanics, will surely improve the situation, right? After all, immigration helps the economy! Well, not so much.

In fact, because there are more Hispanics in the USA than Blacks, Hispanics are already a bigger cumulative net drain on the economy, $411,950,000,000 to $389,710,000,000. Needless to say, the ongoing demographic change from a predominantly white society to a less productive, less white one can be expected to have even more serious negative effects on the long-term economic prospects of the United States that it already has.

To quote the original author: "The negative fiscal impact of blacks and hispanics is significant. All of this discussion of a “national debt” and “deficit” is primarily of function of blacks and hispanics. Without them, we would be running budget surpluses today, even when keeping the military the same size."
Posted by Brock Townsend at Tuesday, July 04, 2017 10 comments:


Interesting in that Nguoi Viet is the largest Vietnamese news agency in the United States.


Sally Jones, the British mother-of-two and former rocker, traveled to Syria in 2014 to join ISIS.
She was married to ISIS hacker Al-Britani who was linked to the Garland, Texas terror attack.
She threatened to behead Christians with a blunt knife.

Sally Jones became the West’s most wanted woman when she vowed to destroy her home country.

But now that the Islamic State is collapasing Sally Jones wants to go back home.


IMPORTANT QUESTIONS AND ANSWERS ABOUT VOTERFRAUDISREAL.COM

Voterfraudisreal.com was created by a group of citizen-journalists who are from different backgrounds and political beliefs who have come together to ensure that the greatest country in the history of the world has the fairest and freest elections in the world as well. This is definitely not a partisan issue, voter fraud has been committed by both major parties for years and the common thread seems to be that the entrenched political elite will do anything whether legal or not to keep their current stranglehold on the power of the government.

We are here to give a voice to the average American who plays by the rules and wants everyone’s vote to count equally. Both major political parties need to abide by the rule of law.

During the month of Ramadan alone, the world witnessed 160 Islamic attacks in 29 countries, in which 1627 people were murdered and 1824 injured. Nevertheless, the dual efforts to deny any links between Islamic terrorism and Islam on the one hand, and the efforts to accommodate Islam to the greatest extent possible on the other, seem to continue unaffected by the realities of Islamic terrorism -- in Australia, as well, which is experiencing its own share of sharia and jihad.

At the end of May, the Public Health Association of Australia (PHAA) called on the Australian Parliament's Joint Standing Committee on Foreign Affairs, Defence and Trade to:


More @ The Gatestone Institute
Posted by Brock Townsend at Tuesday, July 04, 2017 No comments: “The modern man has lost his sense of vocation.” “A Statement of Principles,” I’ll Take My Stand
“One wonders what the authors of our Constitution would have thought
of that category, ‘permanently unemployable.’”  –Wendell Berry

A Review of Land!: The Case For an Agrarian Economy by John Crowe Ransom, Edited by Jason Peters, Introduction by Jay T. Collier University of Notre Dame Press, 2017, 127 pp

Of the twelve men who wrote the seminal classic I’ll Take My Stand none were more important to the agrarian cause, yet distanced himself more thoroughly from it, than John Crowe Ransom. It’s almost certain that without Ransom I’ll Take My Stand would never have been written, nor would the Twelve Southerners who were associated with it have existed as a definable group.

Ransom, born the son of a Methodist minister in Pulaski, Tennessee, was something of a prodigy. He entered Vanderbilt at the age of 15, graduating first in his class, then attended Oxford’s Christ Church College as a Rhodes Scholar. Just as Europe was engulfed in war, Ransom was appointed professor at Vanderbilt, only to be dragged into the war himself.


More @ The Abbeville Institute
Posted by Brock Townsend at Tuesday, July 04, 2017 No comments: 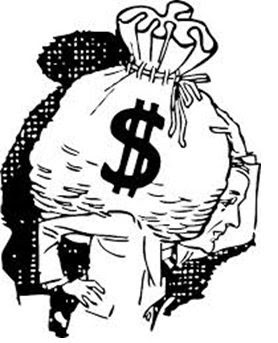 President Donald Trump has saved the USA $1 Trillion since his inauguration through July 1st when compared to President Obama during the same respective period.

According to the US Treasury, as of today President Trump decreased the US Debt since his inauguration by (-$103) Billion.

President Obama on the other hand increased the US debt in the same relative time period in 2009 by $918 Billion.


More @ The Gateway Pundit
Posted by Brock Townsend at Tuesday, July 04, 2017 No comments:

The Second American Independence Day that Almost Was 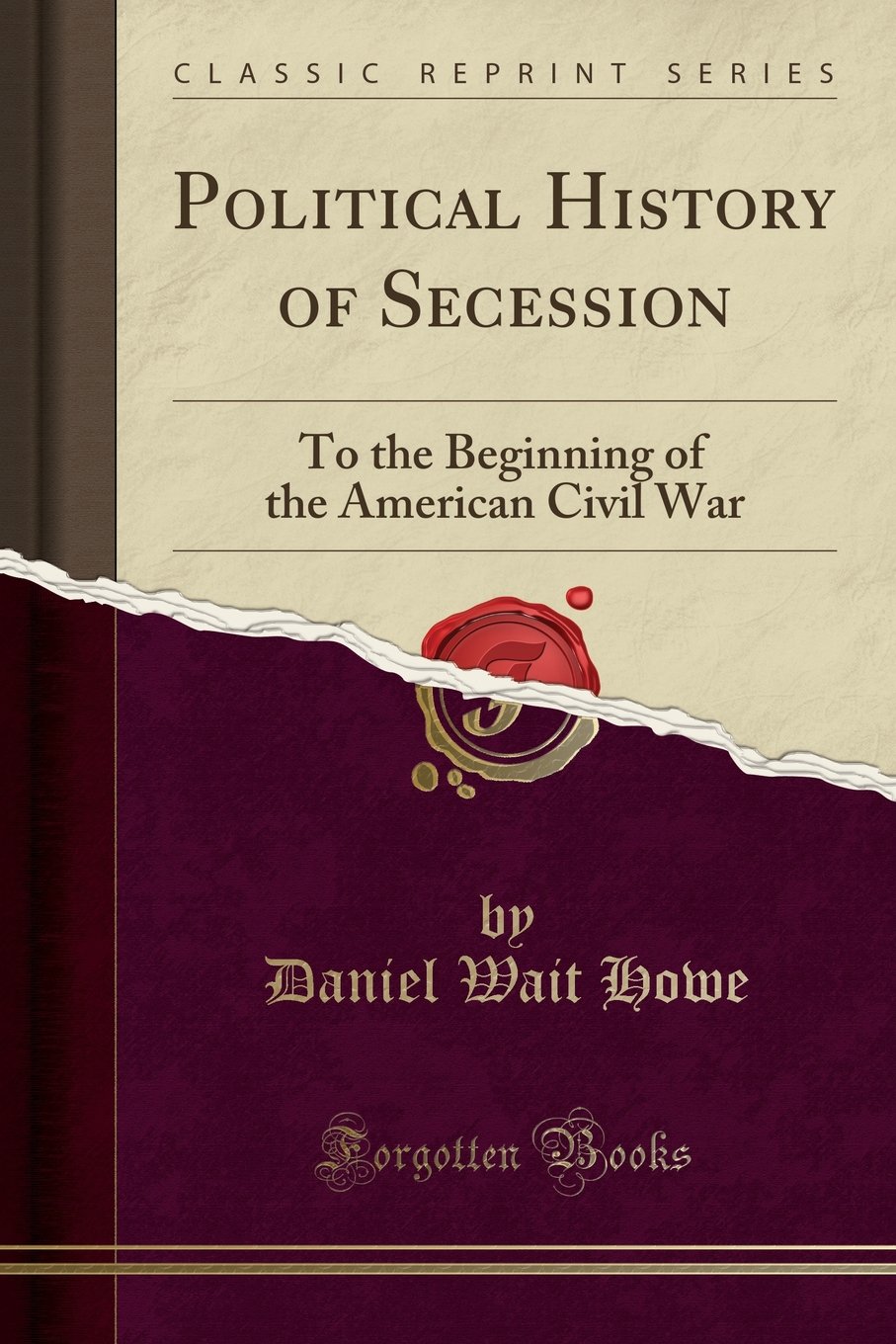 “Whether we remain in one confederacy, or form into Atlantic and Mississippi confederacies, I believe not very important to the happiness of either part.  Those of the western confederacy will be as much our children & descendants as those of the eastern, and I feel myself as much identified with that country, in future time, as with this; and did I now foresee a separation at some future day, yet I should feel the duty & the desire to promote the western interests as zealously as the eastern, doing all the good for both portions of our future family which should fall within my power.”
–Letter from President Thomas Jefferson to Dr. Joseph Priestly, Jan. 29, 1804

Lost in all the parades, barbecues, and worshipping of all things military on the Fourth of July is the fact that Americans on that day are supposed to be celebrating their secession from the British Empire.   The “free and independent states,” as they are called in the Declaration of Independence, individually voted to secede from the British Empire and form a confederation of states.  Each state, the Declaration says, is independent in the sense that Spain, France, and England were independent:

Claire McCaskill Lied: Not Only Did She Meet with Russians, Her Husband Cut a Check to Ambassador at Dinner Party

Senator Claire McCaskill (D-MO) made news in March with her claim that as a member of the Armed Services Committee she never had a meeting with or called the Russian Ambassador – “ever.”

McCaskill met with the Russian ambassador in 2013.

McCaskill called the Russian ambassador in 2015.


More @ The Gateway Pundit
Posted by Brock Townsend at Tuesday, July 04, 2017 No comments:

Gorsuch can help us declare independence from the administrative state

The Fourth of July is a celebration of America’s Declaration of Independence from the tyranny of the British crown. Today, Americans face a different, less-obvious threat to their independence: the administrative state, a vast network of powerful government regulatory offices and agencies.

The Supreme Court, and in particular its newest member, Justice Neil Gorsuch, can help America secure its hard won freedom and restore our government to its rightful, liberty-enhancing design of enumerated and separated powers.

Our high school civics teachers taught us that Congress writes the law, the Executive enforces the law, and the Judiciary interprets the law, but the reality is that the vast majority of enforceable legal rules are written, not by Congress, but by administrative agencies. Those same agencies then enforce the rules they have written against individuals and businesses. And if and when a federal court reviews an agency rulemaking or enforcement action, it does so with one hand tied behind its back.

Since the 1984 decision in Chevron USA vs. Natural Resources Defense Council, the so-called Chevron doctrine requires courts to defer to an agency’s interpretation of a statute or regulation.Our Founders would be rolling over in their graves. Austria has deployed armoured vehicles close to its border with Italy and will send up to 750 soldiers to block any migrants trying to head north, the government announced.

The move reflects deep concern in Vienna and elsewhere in Europe over the huge number of asylum seekers who continue to cross the Mediterranean from Libya – so far this year more than 85,000 have been rescued and brought to Italy.

But it prompted a rebuke from Rome, with the Italian foreign ministry summoning Austria’s ambassador to explain the beefing up of border security. Italy has warned in the past that such measures would contravene EU rules on free movement.

Austria said it would ramp up border controls at the Brenner Pass, a key trade and transport route through the Alps that connects the two countries. "We are ready to protect our Brenner border if necessary,” said Sebastian Kurz, the Austrian foreign minister.


More @ The Telegraph
Posted by Brock Townsend at Tuesday, July 04, 2017 No comments: