Democrats, You Are Getting Played

There are a lot of issues on which to disagree between Democrats and Republicans, but let's just focus on one for the time being. That one issue is what is best for ALL Americans.

Most of the invaders have prepaid credit cards supplied by the United Nations’ High Commission on Refugees (UNHCR) and the United Nations International Children’s Emergency Fund (UNICEF), the officials explained.

A mob of at least 20,000 nonwhite invaders—most armed with knives and sharp weapons—are launching continuous attacks upon the Bosnian-Croatian border, seeking to break through to western Europe, an official in the Austrian government has told the Kronen Zeitung newspaper.

Speaking on condition of anonymity, the government official told the Austrian newspaper that the invasion mob was made up of “young men of Pakistani, Iranian, Algerian and Moroccan descent,” and that at least one border official had already been attacked with knives after trying to stop the nonwhites breaking through.

2018 is the 170th anniversary of the 1848 socialist/communist revolts in Europe that I have so often written about. The year I was born, 1938, was only the 90th anniversary of those revolts. When I was born they were less than a century past. Just goes to show you how fast time passes when you’re having fun.

& it gets much worst below.

Here at TomatoBubble.com, your favorite investigative reporter and his ferocious feline sidekick scour the Internet to bring you news and views that "they" don't want you to know about. Often times, we end up dismissing some of our most outrageous findings simply because, upon closer inspection, the claim cannot be substantiated to our satisfaction. We simply refuse to play the "anonymous sources" game.

We recently stumbled across an item which we found so profoundly disturbing that we initially suspected it to be a hoax for the simple reason that it was just a bit too "in your face" to be true. But alas, because the hour of "their" final triumph approaches so rapidly and so unimpeded, "they" evidently believe that there is no longer anything to fear about such blatant in-your-faceness as what we are about to present. We are sorry to have to say that the following story of the Paris White Genocide mural, and its creator's background and connections, is indeed accurate.

This is how you get a hot civil war 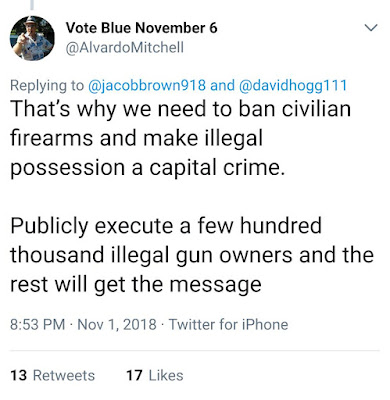 The peaceful people who just want us all to be safe.  All they have to do is kill enough of everyone who disagrees with them.

Borrowing a question: "Do you WANT a hot civil war?  Because this is how you get one." 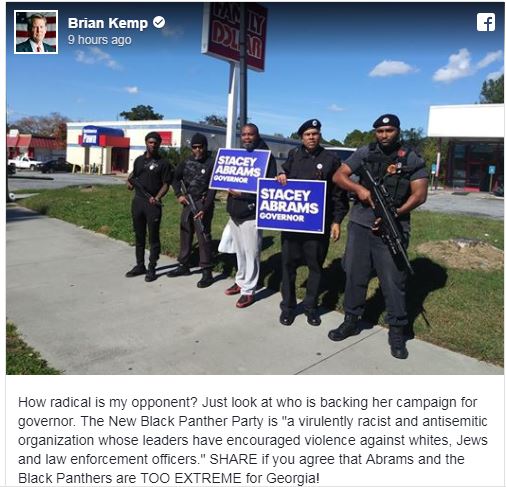 The tax cuts, along with historically low unemployment and poverty levels among blacks were contributing factors in Trump’s high approval rating.


More with video at News Wars
Posted by Brock Townsend at Sunday, November 04, 2018 No comments:

ENDLESS CROWD! Trump in Macon: “There’s Never Been Crowds Like This in History of Politics!” (at the mid terms)


There were Trump supporters at the Macon rally today as far as the eye can see!

Panoramic photo of the crowd is incredible:


More @ The Gateway Pundit
Posted by Brock Townsend at Sunday, November 04, 2018 No comments: To recap, Cohen claimed that Trump made a number of shocking racist statements in private over the years, including “black people are too stupid to vote for me.”

Seeking to dispel “myths” about the caravans headed to the United States’ southern border, the Department of Homeland Security claimed Thursday they are comprised of people from at least 20 countries, and more than 270 are either known gang members or have criminal backgrounds.

In a release titled “Myth vs. Fact: Caravan,” DHS, without citing sources, said the charges against the violent criminals in the caravans include “aggravated assault with a deadly weapon, armed robbery, sexual assault on a child, and assault on a female,” the Washington Examiner reported.

SIG SAUER, Inc. is honored to announce the production and presentation of the M17 Tomb of the Unknown Soldier Pistols for the U.S. Army’s 3rd U.S. Infantry Regiment (The Old Guard) for the Tomb Guard Sentinels.

The M17 Tomb of the Unknown Pistols are unique M17 pistols that were created using the same specifications for the U.S. Army’s M17 Modular Handgun System. The ceremonial pistols are 9mm striker-fired pistols with a non-railed aluminum grip module, stainless steel slide, wood grip inserts, a 21-round magazine, and features the same optic cut as specified by the MHS contract, front night sight, removable rear plate, and black controls. The pistols also feature a high polish to withstand the inclement weather while the Tomb Sentinels stand guard.

The unique distinguishing features for the M17 Tomb of the Unknown Pistols include:

Sick of being slandered? Vote Republican

I’ve said time and again that Hillary Clinton lost the 2016 election the weekend of September 9, 2016.

This was the weekend that capped off with Hillary dropping like a sack of potatoes on a Manhattan sidewalk.

But it began with a Manhattan fundraiser where Hillary stood before her fawning audience and attacked, insulted and slandered not her opponent, but the Americans who planned to vote for him.

As the Manhattan crowd laughed and applauded, Hillary said, “You know to just be grossly generalistic, you could put half of Trump’s supporters into what I call the basket of deplorables … racist, sexist, homophobic, xenophobic, Islamophobic, you name it.”

Hillary’s now famous “Deplorable” attack set a politically suicidal precedent that the Democrats and the media not only followed, but doubled down on. Just as in 2016, Democrats are more outspoken about how they’re going to vote in the upcoming elections than Republicans and unaffiliated voters are.

The latest Rasmussen Reports national telephone and online survey finds that 60% of Likely Democratic Voters say they are more likely to let others know how they intend to vote this year compared to previous congressional elections. This compares to 49% of Republicans and 40% of voters not affiliated with either major political party. (To see survey question wording, click here.)

In August 2016, 52% of Democrats were more likely to let others know how they intended to vote in the upcoming presidential election, compared to 46% of Republicans and 34% of unaffiliated voters.

Some analysts before and after Donald Trump's upset victory suggested that most pollsters missed his hidden support among voters fearful of criticism who were unwilling to say where they stood.

Similarly when asked now about family, friends and co-workers, 60% of Democrats say they are also more likely to tell others how they intend to vote, but only 46% of Republicans and 45% of unaffiliated voters agree.