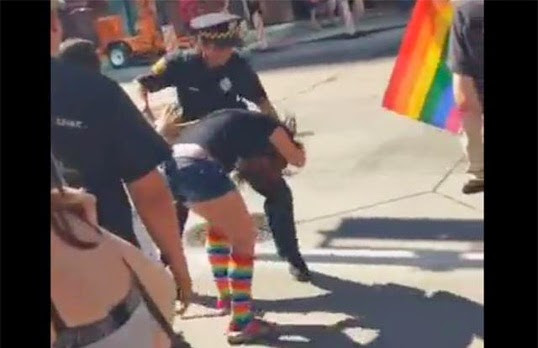 Via comment by cavmedic68w on Honduras to ask U.S. not to deport Honduran kids

This cellphone video captured by someone at Pittsburgh’s PrideFest on Sunday is making a lot of people angry. Aside from everything that is wrong with it – there’s something else really, really wrong.

No one’s talking about the disturbing comment the officer made later as justification for what the video clearly shows happening to Ariel Lawther, age 19: hairpulling, throwdown, grabbing hair as a stronghold to better punch her in the stomach multiple times. 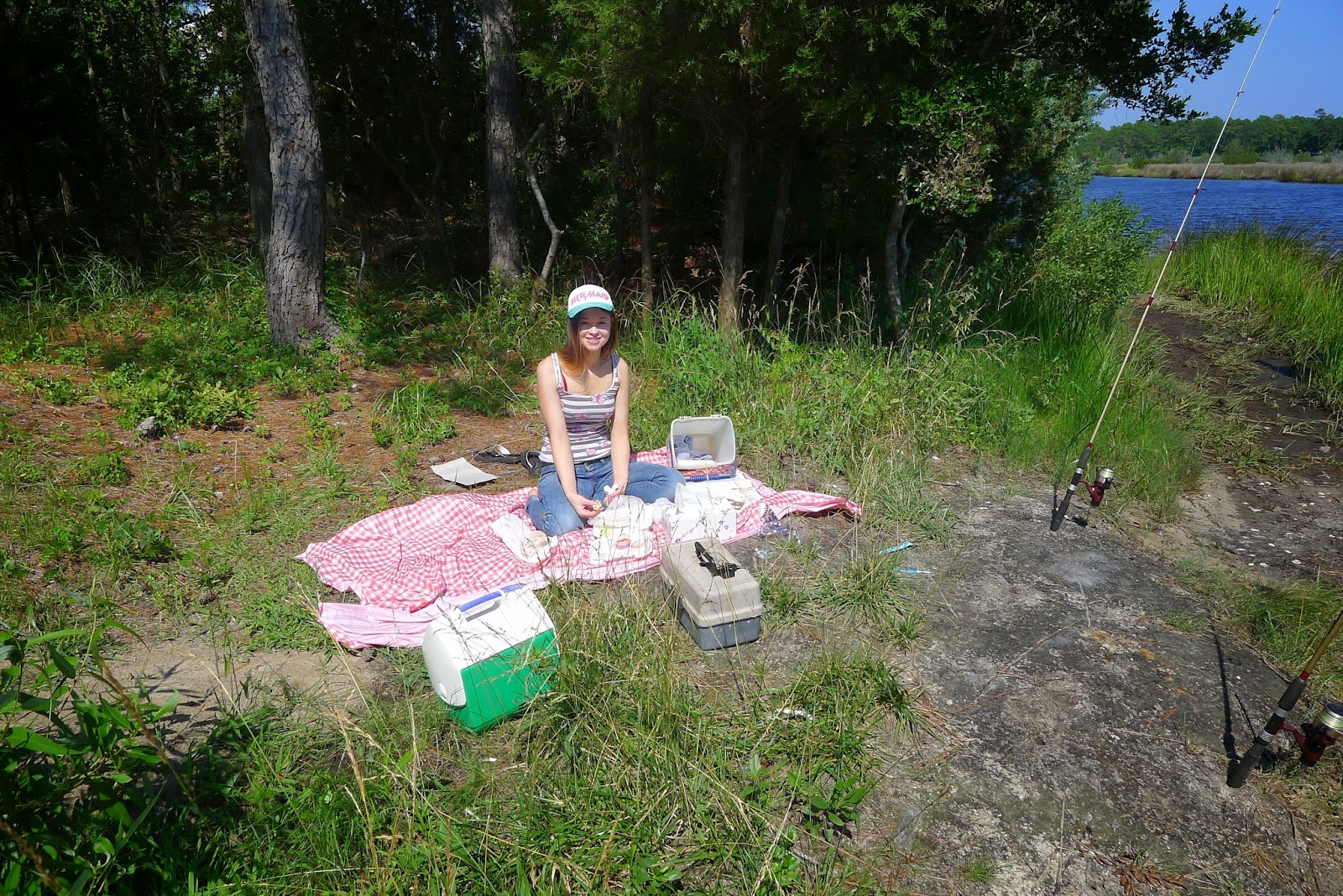 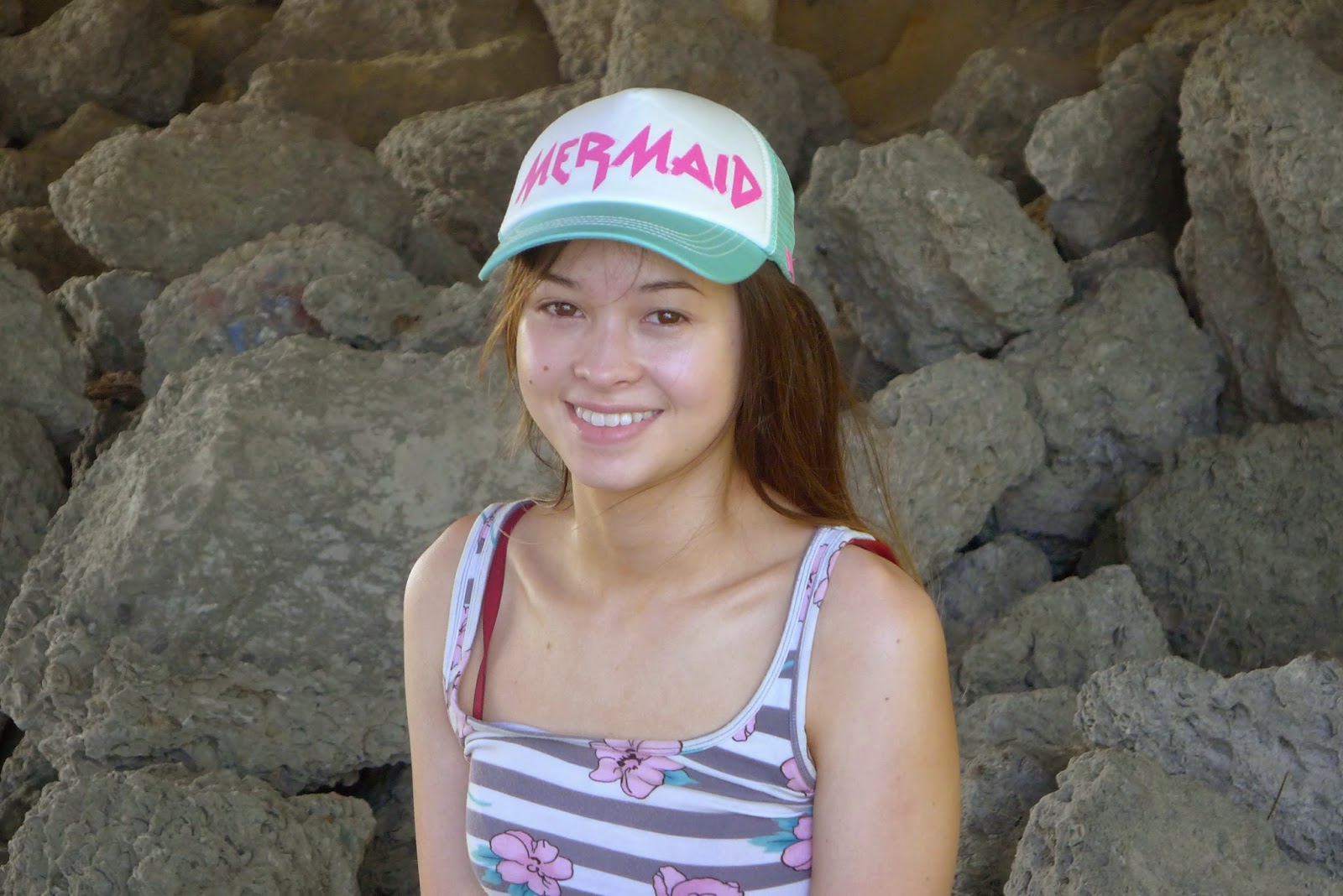 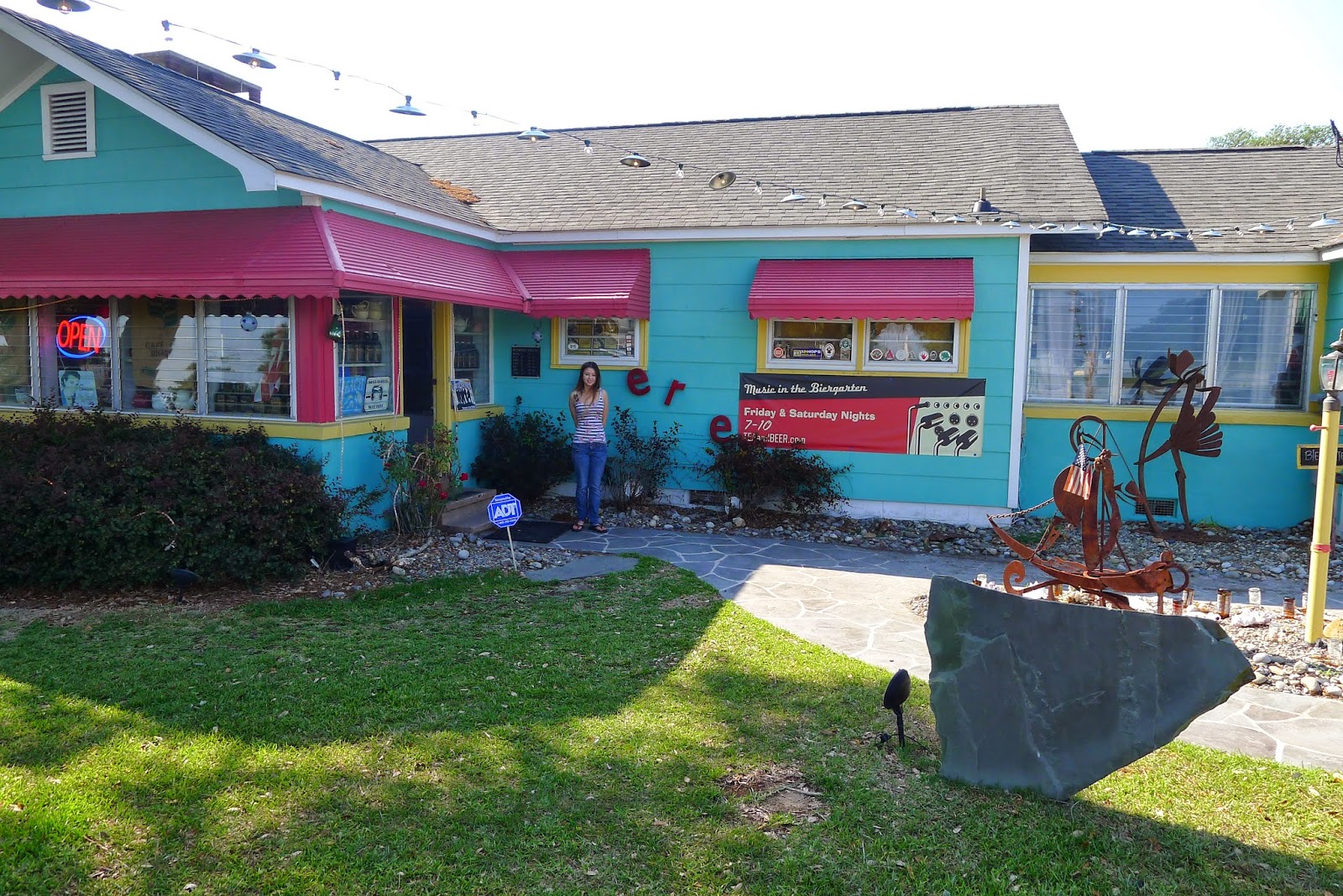 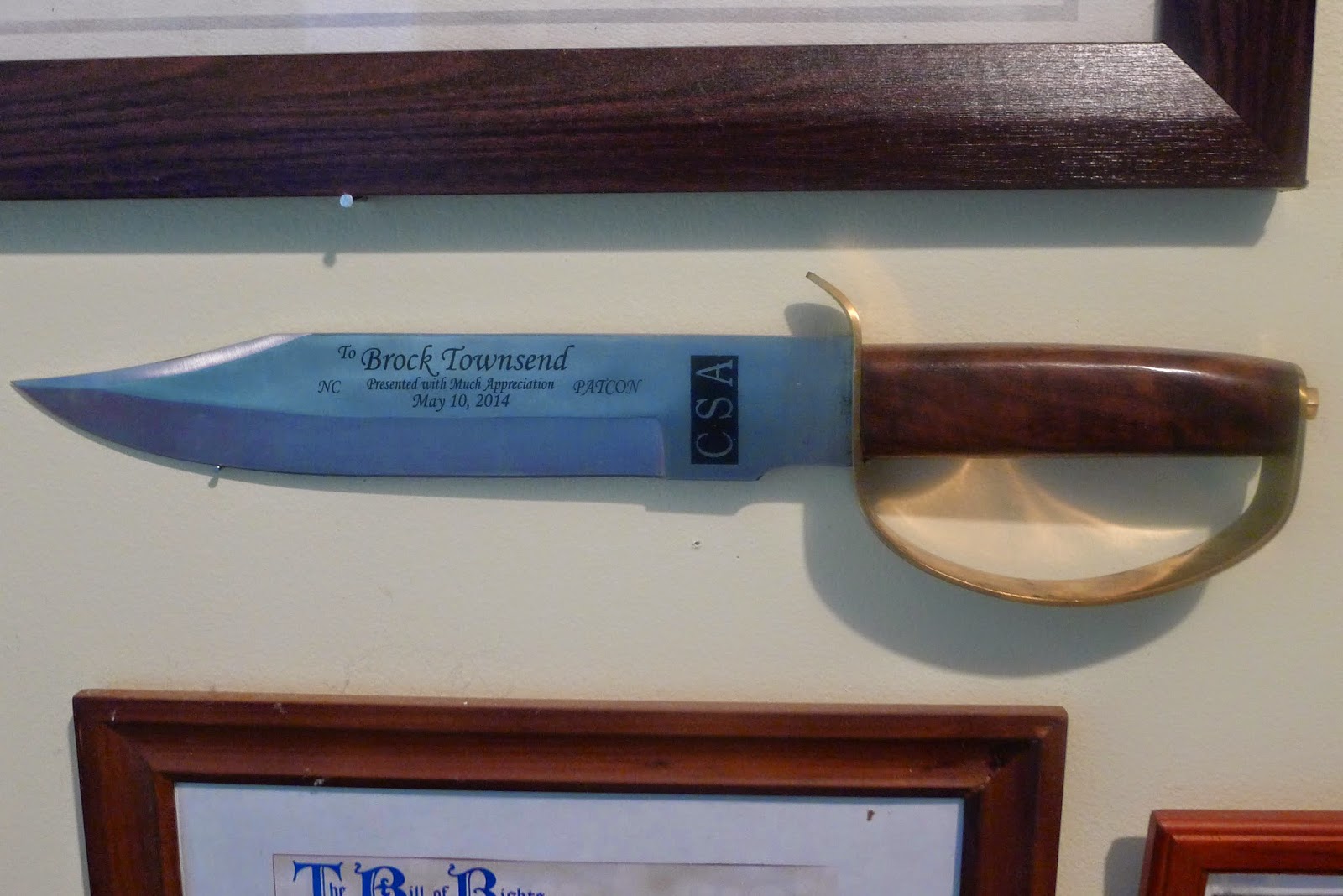 Thank you Michael and David

Rabbit-sized predators have invaded the Vancouver Island city of Port Alberni, B.C. and they are driving the residents hopping mad.

Port Alberni is suffering at the hands–and strong legs–of an army of American bullfrogs. No one is quite sure how the invasive species made it to the island, but some of the best guesses blame ornamental water gardeners who stocked their hobby ponds with the king-sized frogs. Failed frog-leg farmers who released their stock into the wild also make likely suspects. Regardless, these frogs are bad news.

The political powers that be are going all out to build support for a GOP insider who is facing a powerful challenge from a tea party candidate for his own party’s Senate nomination – to the point a Democratic political operative has been put to work drumming up Democratic votes for Republican Sen. Thad Cochran in Mississippi.

It’s according to a report from local media outlets, including the Clarion-Ledger, which said James “Scooby Doo” Warren, a longtime Democratic operative, confirmed he was working with Mississippi Conservatives PAC on behalf of Cochran. 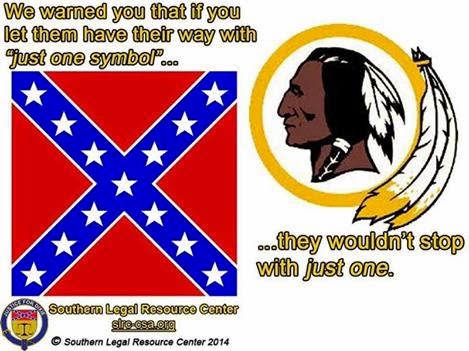 Honduras to ask U.S. not to deport Honduran kids 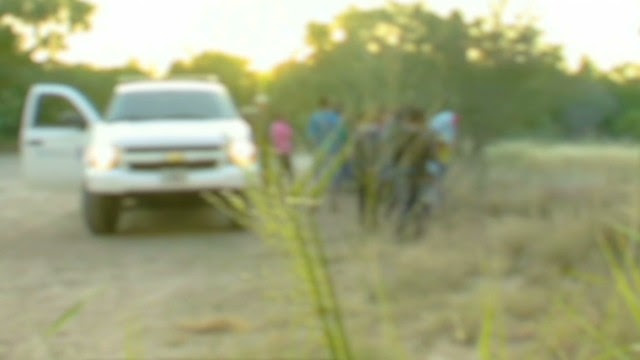 Honduras will ask the United States not to send any more children stopped at the border back to Honduras, the Honduran Foreign Ministry said.

Honduran Chancellor Mireya Agüero Corrales instructed the Honduran Embassy in Washington to work on the proposal, the ministry said.

The Internal Revenue Service is about to get slapped with a harsh payback for messing around with conservative groups, blowing wads of tax dollars on employee conferences and helping implement Obamacare.

The House Appropriations Committee is set to OK an IRS budget of $10.9 billion, $1.5 billion under President Obama's request for fiscal year 2015, reducing the agency's budget to 2008 levels.
The goal is to keep the tax agency focused on its “core duties,” and eliminate efforts to judge the political activities of tax-exempt groups and brake its implementation of Obamacare.

Fox News reporter James Rosen pressed State Department spokeswoman Jen Psaki on Tuesday over why it took such a long time to apprehend Benghazi suspect Ahmed Abu Khattala when he wasn’t even in hiding. In fact, the suspect has conducted several press interviews since the deadly Benghazi terror attacks.

Psaki pushed back at Rosen’s assertion that there was an “egregious delay” in the capture of the suspected Benghazi ringleader, saying “there is no one more committed than the leaders in the United States government… in apprehending those responsible for the horrific acts that occurred just as few years ago.”

The spokeswoman also argued there are a “range of factors” that prevented the Obama administration from capturing Abu Khattala faster.

“From your point of view, a delay of what you just identified as ‘just a few years’ between the commission of a given offense and the apprehension of one of the suspected individuals, that’s not egregious as a delay, just a few years?” Rosen pressed.

In the video of the event, a Maryland school teacher asked Hillary if she thought banning "assault weapons" or "high capacity" magazines "would do any good." Hillary said, "Yes," then expounded: The landmark case, which appeared before the Trademark Trial and Appeal Board, was filed on behalf of five Native Americans. It was the second time such a case was filed.

“This victory was a long time coming and reflects the hard work of many attorneys at our firm,” said lead attorney Jesse Witten, of Drinker Biddle & Reath.

Federal trademark law does not permit registration of trademarks that “may disparage” individuals or groups or “bring them into contempt or disrepute.” The ruling pertains to six different trademarks associated with the team, each containing the word “Redskin.” 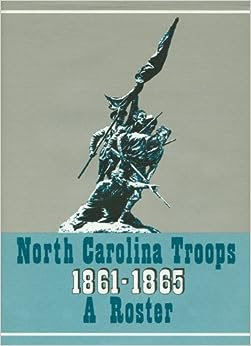 Private Leon, A Jew, Served In 53rd NC (My Family's Unit)
My name is Henry Mintz. For the last twenty-five years. I have volunteered on the North Carolina Troop Roster series as a researcher. I have contributed research to eight of the last 19 volumes the state has published. It is generally regarded by historians and researchers as the finest troop roster series in print. The NC Legislature is removing the funding for 4 key positions that produce the troop roster. These include Matthew Brown, editor-in-chief of the roster and a staff member since 1992; Donna Kelly, head administrator of the publication section, and proofreader of the roster; Lisa Bailey, proofreader of the roster and assistant editor of the North Carolina Historical review; and ms Trudy Rayfield, long-time administrative assistant who has worked on the project since the 1970's and handles all the sales of the roster volumes and the historical review.
If these cuts are passed, five volumes of the roster will not get published. Those being left out will include the homeguard and militia, the unassigned conscripts, North Carolina men who served in units raised by other states and those that served in Confederate-raised units, and in the Confederate navy and marines. It also may stop the publication by the state of Greg Mast's second volume of photos of NC confederates. Please send this out to your membership and tell them to contact their local senators and representatives and ask that this funding for these four positions be restored. contact me athenrymintz@yahoo.com or at 910-646-4126.
Thanks !
The five senators involved in this are:

A phone call is worth 50 emails. 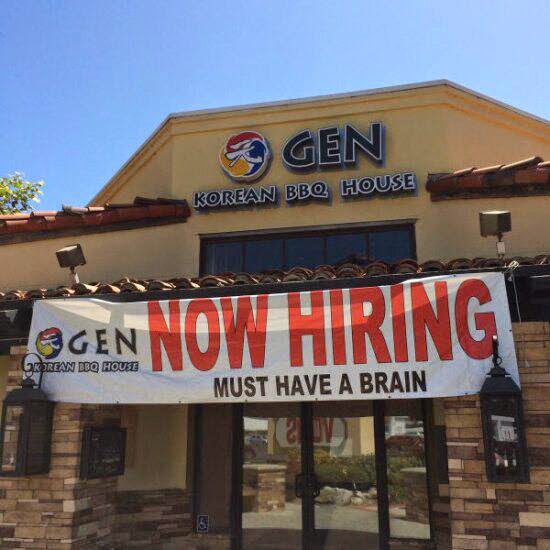 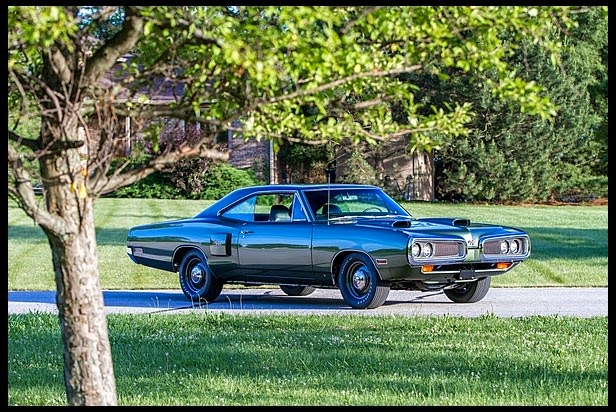 Chrysler’s 426 Hemi engine made its reputation on the race track, but it also powered a generation of street machines that only added to the legendary status it enjoys today, despite severely limited production numbers. This 1970 Dodge Hemi Coronet R/T Coupe is an example of one of the rarest Hemi 4-speed Mopars ever built, rarer even than the 62 Plymouth Cudas so equipped in 1971. In fact it is one of only thirteen Hemi Coronet R/Ts built in 1970, the first of just four with the combination of 426/425 HP Hemi engine and New Process 4-speed manual transmission.

Stylistically the 1970 Coronet was worlds removed from its 1965 progenitor, which marked the return of the Coronet nameplate on an intermediate after a seven-year absence from the Dodge model lineup. After just one year the Coronet and its Plymouth counterpart were completely restyled for 1966, adopting the now-famous “Coke-bottle” shape that characterized the full-size and intermediate offerings of the period. Unfortunately, General Motors and Ford had embraced the theme with much more curvaceous designs, once again leaving an Elwood Engel-designed Mopar in the position of playing catch-up with the competition’s styling advances.

There was no playing catch-up on the track, however. Only Chrysler had a Hemi engine, and it continued to reign supreme over the competition despite extensive detuning to make it more suitable for street use. 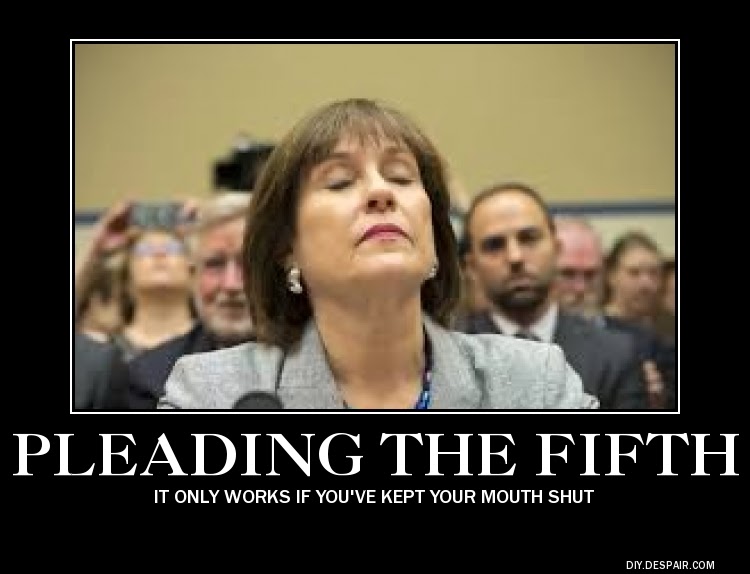 Issa also is seeking the computer that Lerner herself used during that period in the subpoena.

"After a year of beating down efforts by the Obama administration and its allies to obstruct an investigation into targeting, the IRS now says it lost perhaps the most critical evidence," Darrell Issa, the California Republican who chairs the committee, said in a statement. "When Commissioner Koskinen testified before the committee in February, he made no mention of this.

The Islamic State of Iraq and al-Sham has set out a list of rules for residents of Mosul as it seeks to impose its Islamist rules on Iraq's second city.

Referring to the area by its ancient name, Nineveh, the group says it has a clear set of instructions for the remaining occupants of the city and surrounding area.

Firstly it tells "anyone who is asking," who its members are and what it is about: "We are soldiers of Islam and we've taken on our responsibility to bring back glory of the Islamic Caliphate."


More @ The Telegraph
Posted by Brock Townsend at Wednesday, June 18, 2014 No comments: 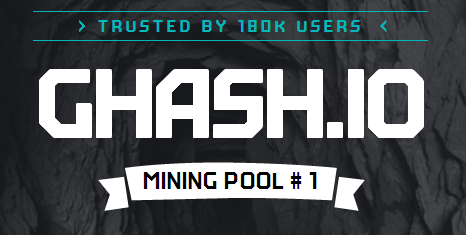 Bitcoin has a flaw.  It's always been there.

Satochi Nakamoto (the nom de guerre of the mind behind Bitcoin) designed this flaw into the software because of one false assumption.  What was that assumption?  He believed that it was possible to build an open and free economic system built purely on simple self-interest (selfishness).

Lots of people make this mistake (famously, Greenspan believed that selfish decision making would prevent the banking crisis of 2008).

It's not, obviously.  Eventually, selfishness will lead one group to rig, cheat, control, etc. the system so they can get better returns.  That's exactly what happened.  Here's the flaw they exploited.

"The amount of harm caused by any politician…

…can be estimated by his life expectancy in public without bodyguards."

Brutus, the most influential series of essays opposing ratification, argued that standing armies "are dangerous to the liberties of a people...not only because the rulers may employ them for the purposes of supporting themselves in any usurpation of powers, which they may see proper to exercise, but there is a great hazard, that any army will subvert the forms of government, under whose authority, they are raised, and establish one, according to the pleasure of their leader."

Many in our community have linked and read the recent piece written by John Whitehead titled: Has the Department of Homeland Security become America’s standing army?