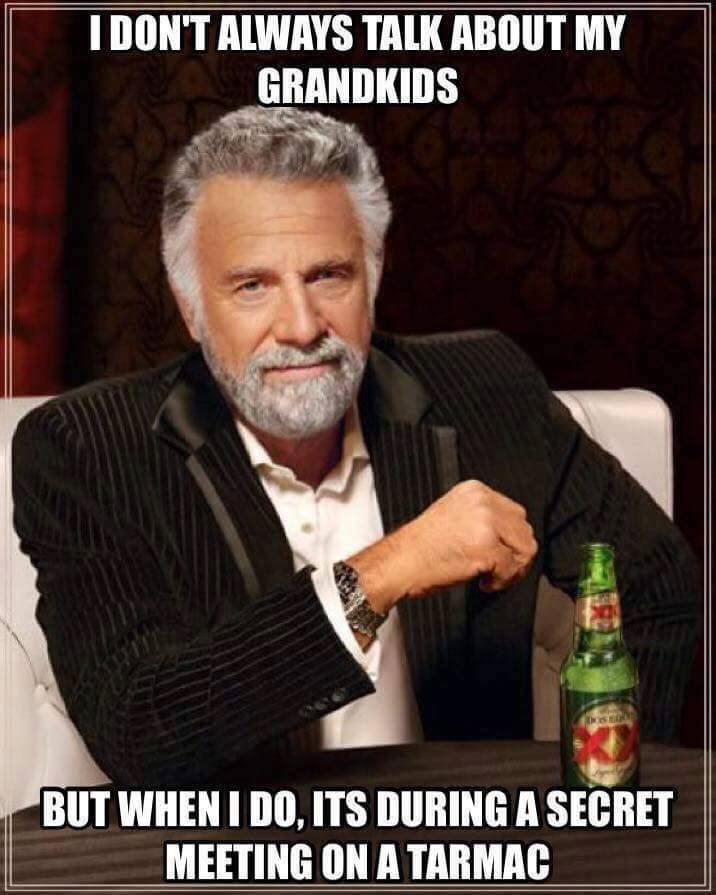 Judicial Watch today released 29 pages of Federal Bureau of Investigation (FBI) documents related to the June 27, 2016, tarmac meeting between former Attorney General Loretta Lynch and former President Bill Clinton. The documents show that FBI officials were more concerned about leaks than the actual meeting itself.  The new documents also show that then-FBI Director Comey seemed to learn of the meeting from news reports.

The new documents were obtained by Judicial Watch in response to a Freedom of Information Act (FOIA) lawsuit (Judicial Watch v. U.S. Department of Justice (No. 1:16-cv-02046)) filed after the Justice Department failed to comply with a July 7, 2016, FOIA request seeking: 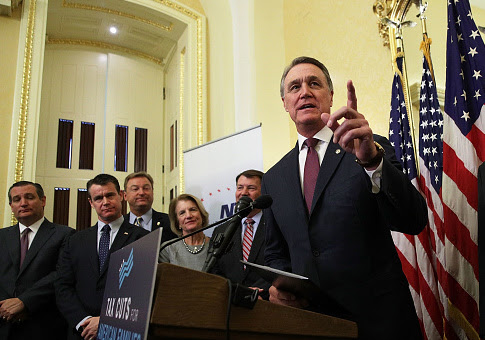 Sen. David Perdue (R., Ga.) made clear on Thursday that Senate Republicans see ending the practice of "chain migration" as a major priority for any immigration reform, potentially requiring its end and other policies in exchange for an amnesty for DACA recipients.

"I think the mood, in our caucus anyway, is that ending chain migration is a top priority. The majority leader of the Republican caucus says that he is in favor of eliminating chain migration. I think that's a milestone," Perdue said at a panel on immigration hosted by the National Press Club.

“When jurisdictions choose to return criminal aliens to the streets rather than turning them over to federal immigration authorities, they put the public’s safety at risk," Sessions said in a statement.

Sessions's comments came after a jury for the Superior Court of San Francisco acquitted Jose Ines Garcia Zarate of the fatal shooting of Steinle. Zarate had previously been deported five times.


More @ The Hill
Posted by Brock Townsend at Thursday, November 30, 2017 4 comments: Links to this post 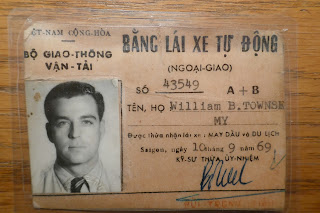 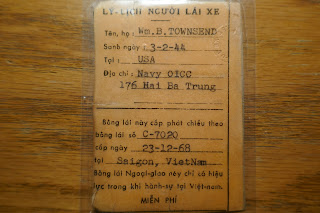 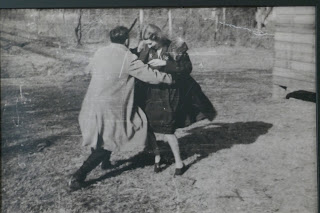 Emily and Daddy Bill, my birth parents.
Posted by Brock Townsend at Thursday, November 30, 2017 2 comments: Links to this post

San Francisco jury finds illegal alien not guilty of murdering Kate Steinle. In California - there is no justice for American born citizens.

Scarborough Rants About Trump Being ‘Mentally Unstable,’ Calls Out Mattis

Talk about the pot calling the kettle black

MSNBC "Morning Joe" host Joe Scarborough went on a rant Thursday morning about President Donald Trump being "mentally unstable" and called out Secretary of Defense James Mattis and other members of Trump's cabinet for not taking action.

Scarborough began his rant by saying the United States is not "fine," and he asked when the right time is for the cabinet to remove the president from office.

"We are not fine in this country. I said America will be strong, we will survive this, but right now at this particular moment–and we're going to get to this in a minute with Richard Haass–we're headed towards a nuclear showdown," Scarborough said.

“Our country is in danger, but not to be despaired of. Our enemies are numerous and powerful; but we have many friends, determining to be free, and heaven and earth will aid the resolution. On you depend the fortunes of America. You are to decide the important question, on which rest the happiness and liberty of millions yet unborn. Act worthy of yourselves.” —Joseph Warren (1775)

On Monday, one of our political editors, Thomas Gallatin, wrote about a legal restraining order filed on behalf of a Barack Obama deep-state leftover. Richard Cordray, former director of the Consumer Finance Protection Bureau, attempted to name his deputy, Leandra English, as his successor — clearly an end-run around the executive branch.

What’s the CFPB, you ask? It’s a behemoth unconstitutional regulatory bureaucracy created by the ill-conceived Dodd-Frank legislation. As Gallatin noted, it’s “a rogue agency answerable to almost no one and Corday’s selection of English was a deliberate attempt to keep it that way.”

Donald Trump ignored Cordray and English and tapped his current Office of Management and Budget director, Mick Mulvaney, a CFPB critic, to serve as interim director. Mulvaney arrived at CFPB Monday (with donuts!) and advised all employees to “disregard any instructions you receive from Ms. English in her presumed capacity as acting director.”

In October of 1862, Secretary of the Navy Gideon Welles was in a state of apprehension and baffled frustration. In this, he was joined by President Lincoln, Secretary of War Stanton, and many high-ranking officials in Washington. In only two months since the British-built Confederate cruiser, the CSS Alabama, slipped out of Liverpool on her maiden voyage, she had wreaked havoc on the U.S. merchant and whaler fleets in the North Atlantic. In September, she had captured and burned ten U.S. commercial vessels. On October 3, the Alabama took two more prizes in a single day. The Emily Farnham was carrying English cargo and was therefore released on bond. The 839 ton Brilliant was carrying U.S. cargo from New York to London, so after her crew, passengers, and supplies were taken aboard the Alabama, the magnificent two-year-old ship was set ablaze at sea.


It was standard practice for Confederate commerce raiders to take the crews and passengers of captured Yankee ships aboard their own ship and transport them to a convenient port or another ship bound for port. Although the Alabama had so far captured eleven Yankee ships and sunk them in a fiery spectacle, there was not a single loss of life. Union commercial losses were, however, substantial.

Moore Campaign to Kimmel: If You Want to ‘Mock Our Christian Values,’ ‘Come Down Here’ to Alabama to ‘Do It Man to Man’ & ‘These Are the Times That Try Men’s Souls’

The U.S. Senate campaign of Judge Roy Moore is firing back at Jimmy Kimmel and his paid trickster Rich Barbieri—also known as “Jake Byrd”—for disrupting a worship service at which Moore spoke here on Wednesday night.

“Jimmy Kimmel and the ‘Hollywood elite’ cross the line when they invade our Churches under a disguise and attempt to make a mockery of our worship services,” Drew Messer, a senior adviser to Moore, told Breitbart News on Thursday morning after the incident at the church on Wednesday night.

On Wednesday evening, after the pastor of Magnolia Springs Baptist Church here in Theodore, Alabama, just outside Mobile warned attendees of a worship service at which Moore was speaking multiple times that it was against the law in Alabama to disrupt worship services, Barbieri proceeded to interrupt the worship service during Moore’s speech.

Roy Moore Rallies Southern Alabama Two Weeks From Election Day: ‘These Are the Times That Try Men’s Souls’
Posted by Brock Townsend at Thursday, November 30, 2017 No comments: Links to this post

The leftist, Marxists liberals lie to themselves (and everyone else) so much, they have no understanding of the truth. Donald Trump is the main reason the nation is struggling with every issue under the sun, while simultaneously being the most inept, out-of-touch, do nothing, know nothing president we have ever had. Let us look into the abyss. It will do no good.

The theft was so stupid that it demands explanation. It was too stupid for stupidity to be responsible  They did not need to steal. They were  pampered babies of semi-pro basketball, infinitely privileged. They are not expected to meet academic standards, to study, or be able to read.  Something other than conventional stupidity must be involved. Is it that blacks, as various psychologists have said, lack impulse control, cannot readily envision the future?  I don’t know. It fits, though.


More @ Fred On Everything
Posted by Brock Townsend at Thursday, November 30, 2017 6 comments: Links to this post 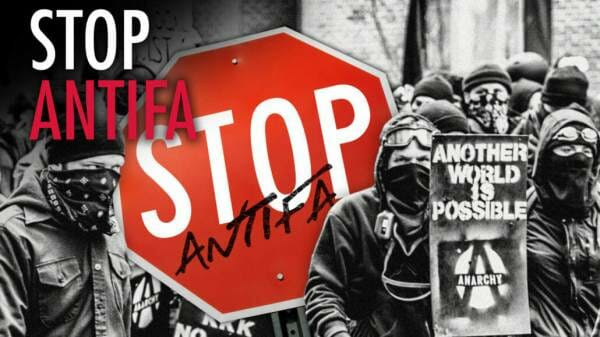 Perry pointed out that Antifa factored in “inciting riots” across the country, probably referring to their violent actions during President Trump’s inauguration and on college campuses.

“We do have a very active domestic terrorism program,” Wray responded, hinting that Antifa-aligned individuals could be engaged in terrorist conduct. “[W]e’re not investigating ‘Antifa’ as ‘Antifa’ – that’s an ideology and we don’t investigate ideologies.”


More with video @ NTK
Posted by Brock Townsend at Thursday, November 30, 2017 No comments: Links to this post

Nearly a year into the Trump presidency, top aides and allies feel good about their direction and achievements, crediting the president’s “stamina” and “100 percent energy” to fight past critics, especially the media.

“If media coverage was fair, unbiased, down the the middle, there would be 100 stories about the unstoppable momentum and energy of the Oval Office,” said senior adviser Stephen Miller.

“The critics did the very same thing with Ronald Reagan,” added Christopher Ruddy, the president of Newsmax and a Trump ally. “And Donald Trump is 100 times more engaged than Ronald Reagan.”


More @ Washington Examiner
Posted by Brock Townsend at Thursday, November 30, 2017 No comments: Links to this post 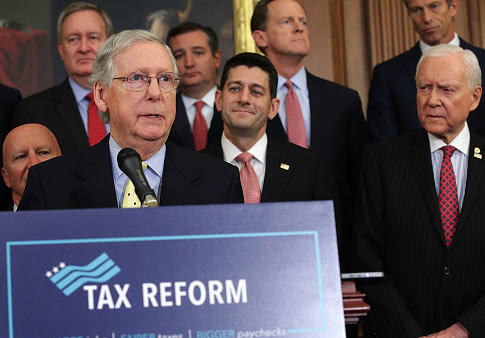 More than 100 economists support the Tax Cuts and Jobs Act and say it will accelerate economic growth, increase wages, and lead to more jobs, according to a letter the economists wrote to members of Congress.

Economists who authored the letter included those working at universities as well as those who worked at Office of Management and Budget, the Joint Economic Committee, and the Federal Reserve Bank.

"Economic growth will accelerate if the Tax Cuts and Jobs Act passes, leading to more jobs, higher wages, and a better standard of living for the American people," the letter states. "If, however, the bill fails, the United States risks continued economic underperformance."


More @ The Washington Free Beacon
Posted by Brock Townsend at Thursday, November 30, 2017 No comments: Links to this post For five days in May, 1856, Charles Sumner delivered a speech entitled The Crime Against Kansas. For those five days, he continuously slandered South Carolina and its senator, Pierce Butler. Regarding South Carolina, Sumner stated:


“If we glance at special achievements, it will be difficult to find anything in the history of South Carolina which presents so much of heroic spirit in an heroic cause as appears in that repulse of the Missouri invaders by the beleaguered town of Lawrence, where even the women gave their effective efforts to freedom…Already, in Lawrence alone, there are newspapers and schools, including a high school, and throughout this infant Territory there is more mature scholarship far, in proportion to its inhabitants than in all South Carolina.”

This speech was obviously meant to agitate the already widespread feelings of sectionalism.


More @ The Abbeville Institute
Posted by Brock Townsend at Thursday, November 30, 2017 No comments: Links to this post