The Three Graces Singing Roll me Over in the Clover at Winslowshire Faire. Kitty, Jezebel, and Lilly Grace

How well I remember from my childhood.
Posted by Brock Townsend at Tuesday, August 10, 2021 No comments:

Via 4Branch My husband WALKED out of the ICU in just 3 1/2 days. Fastest ICU patient in history of Cov. What we did. What to tell others. It's not "blovid"- the protocol is what is killing people in the ICU. Here is what to do and how to do it. What to demand. What treatment. Please Share This! More at katedalleyradio.com in show notes on entire story. My husband had 4 major "risk" categories- so by their "blovid" standards, should be dead. We changed THEIR protocol and saved his life. This is how we did it. (I look puffy and terrible here on vid because I was brought to tears on the air on my syndicated radio show.)
Posted by Brock Townsend at Tuesday, August 10, 2021 11 comments:

A review of Chaining Down Leviathan: The American Dream of Self-Government 1776-1865 (Abbeville Institute Press, 2021) by Marco Bassani

How is it that America became a “strong but limited” government, and the world’s richest and most free country? That is the central question both considered and answered by Luigi Marco Bassani in his new work, Chaining Down Leviathan: The American Dream of Self-Government 1776-1865. As an eminent scholar, Bassani has long studied the antebellum area, Amercia’s struggle between national vs. local power, and the Jeffersonian tradition that colored the era. By combining all of these subjects into a single work, he endeavors to clarify the dynamics of political power in the early republic.

As it turns out, the federal, decentralized framework that underscored the American political structure was its most distinct characteristic – a feature that is often ignored or downplayed by contemporaries. “The golden age of federalism and federal liberty,” as Bassani puts it, resulted only from the multitude of self-governing societies that composed the federal union, all of which had a plausible claim to challenge the impositions of the federal government. Every command of the central authority, he writes, “was subject to be opposed and contained in a web of competing counterclaims.”

Today, HB 398, “Pistol Purchase Permit Repeal,” passed the NC Senate Judiciary Committee despite vociferous objections by two committee Democrats, Natasha Marcus (D-Mecklenburg) and Mujtaba Mohammed (D-Mecklenburg).
Eloquent defense of the bill was provided by Rep. Jay Adams (R-Catawba) and Sen. Chuck Edwards (R- Buncombe, Henderson, Transylvania), who pointed out that the NC Sheriffs Association supports the repeal and that under current law, potentially unqualified firearm buyers can bypass the NICS system by using purchase permits as old as five years. Thanks are also due to the sheriffs’ association, whose representative testified that advances in mental health reporting have made the permit law “duplicative.”
As usual, Marcus and representatives of North Carolinians “Against Gun Violence” (formerly North Carolinians for Gun Control) promulgated mistruths about guns being purchased without background checks at gun shows and online sales, blithely ignoring the reality that the same laws apply in those venues as anywhere else.
More @ GRNC
Posted by Brock Townsend at Tuesday, August 10, 2021 No comments:

Is America Becoming a Failed State? Worst Diplomatic and Political Defeat since The Fall of Saigon.

Biden is failing in his first constitutional duty — to defend the United States from foreign invasion. We Americans no longer decide who comes into our national home and whom we shall adopt as new citizens… We defend the borders of scores of nations; we cannot, or Biden will not, defend our own.

The U.S. embassy was urging all Americans to “leave Afghanistan as soon as possible.” Message: Get out while you can.

The huge investment in blood and treasure by the United States over two decades to remake Afghanistan appears about to be wiped out, whole and entire, and we appear about to sustain our worst diplomatic and political defeat since the fall of Saigon.

Latvia and Lithuania move to stop migrants arriving via Belarus 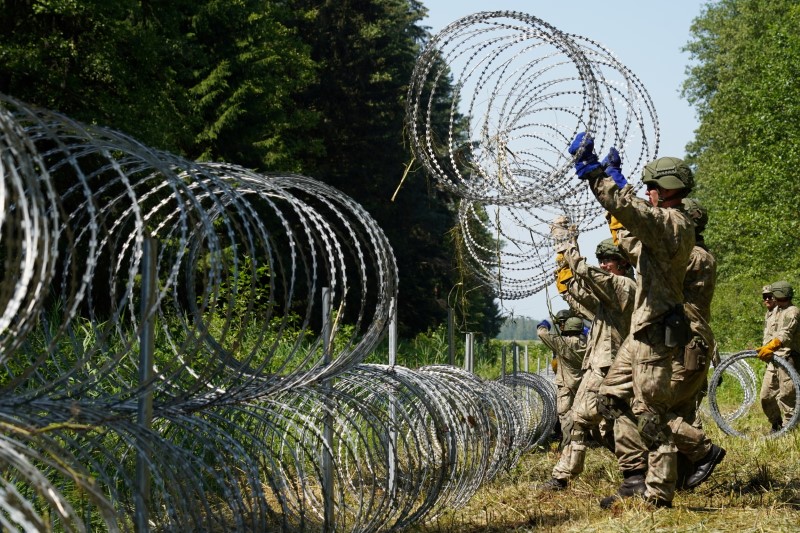 Latvia declared a state of emergency along its border on Tuesday and Lithuania decided to erect a fence in new measures to deter migrants they say Belarus is encouraging to cross illegally in order to pressure European states.

Rising numbers of migrants have reached Lithuania, Latvia and Poland, which accuse Belarusian President Alexander Lukashenko of using the issue to press the EU to reverse sanctions. read more

Poland says Belarus is retaliating against Warsaw's decision this week to give refuge to Krystsina Tsimanouskaya, a Belarusian athlete who refused to return home from the Tokyo Olympics.

Dystopian nightmare that people claimed would never happen. Papers please in order to eat food at an outdoor restaurant with police roaming aroundpic.twitter.com/NGkSYMpoky 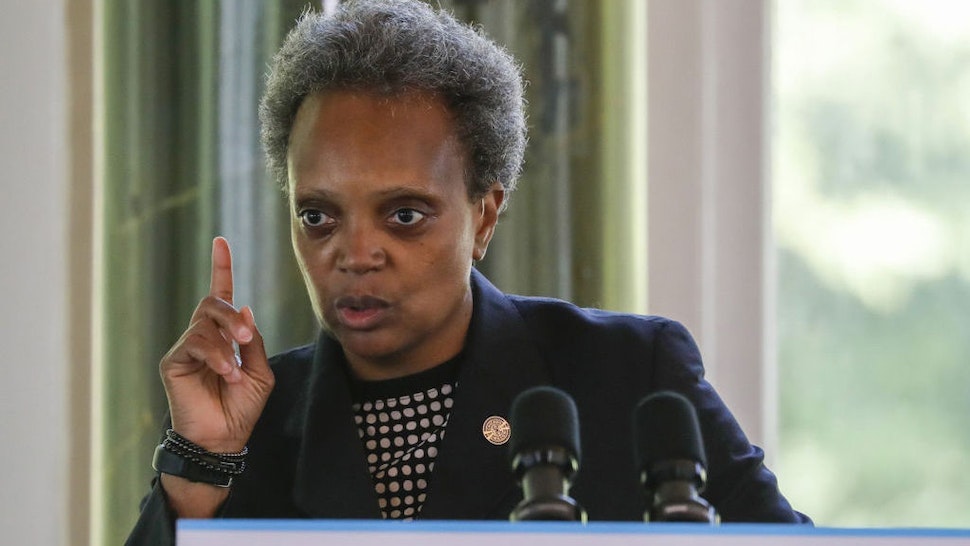 After two brothers who were on probation shot and killed a young female cop and critically wounded her partner at a traffic stop on Saturday night, at least a dozen members of the Chicago Police Department turned their backs on Chicago Mayor Lori Lightfoot when she addressed reporters near the officers holding a vigil at the hospital where the wounded officer was fighting for his life.

“Lightfoot was given the cold shoulder by CPD rank and file about midnight Saturday at the University of Chicago Medical Center when she approached them on the 7th floor as they grappled with the shootings of two fellow officers,” the Chicago Sun-Times reported, adding, “Just moments before about 30 officers turned their backs on the mayor, Lightfoot tried to talk to the male officer’s father, who himself is a retired Chicago police officer. He clearly wanted nothing to do with Lightfoot, according to two sources who were there. The father excoriated the mayor and blamed her for what had happened.”