Trent Franks: Large scandal about to be revealed over laptop (Wasserman Schultz and Awan)

Feds Give Berkeley $97,999 to ‘Honor the Legacy’ of Black Panther Party (Filed under, you couldn't make this crap up) 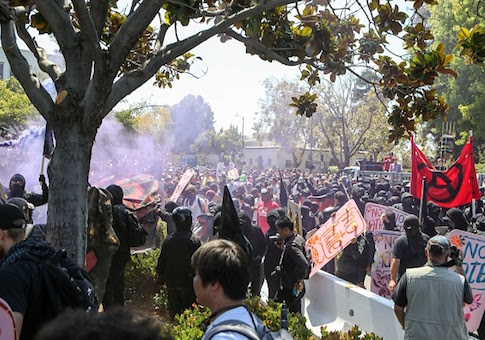 The National Park Service is spending roughly $100,000 for a research project seeking to "honor the legacy" of the Marxist revolutionary group the Black Panther Party.

The University of California, Berkeley, which has recently been at the center of violent protests from far-left groups, is receiving funding for the project.

The National Park Service announced it was awarding the university a $97,999.70 grant for the project, outside of the normal competitive bidding process.


A Canadian doctor appearing on Sen. Bernie Sanders' (I., Vt.) podcast highlighted the year-long wait times in a health care system similar to the one that Sanders supports.

Dr. Danielle Martin appeared on Sanders' podcast, the Bernie Sanders Show, to discuss the Canadian single-payer health care system. Sanders' Medicare-for-all bill, which went to the Senate floor on Wednesday with 15 Democratic co-sponsors, is intended to create a similar system in the United States.

Sanders brought up some misgivings Americans may have about living under a health care system similar to Canada's.

"There is concern about waiting time, for example," Sanders noted.

Via comment by Anonymous on On Tearing Down Monuments 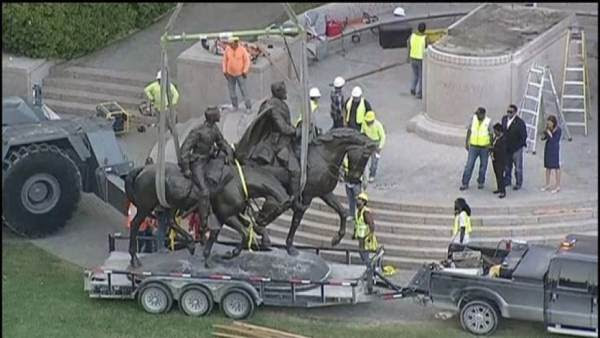 A statue of Robert E. Lee was removed from a Dallas park Thursday after the Dallas City Council voted 13-1 on Sept. 6 to have it removed, Fox News reports.

According to Fox 4, it took workers approximately 3 hours to remove the statue and place it onto the trailer which would then transfer it to a storage facility until a decision is made on where the statue will lay to rest.
Police officers with automatic rifles surrounded the area as security.

Sons of Confederate Veterans fought the removal of the Robert E. Lee statue by obtaining a temporary restraining order just as the removal began, however; a federal judge lifted the order.

Protesters clashed in August after left-wing activists called for the statues to be taken down because they are a symbol of ‘racism’.

The Confederacy is a part of our history. The left is pushing for a revolution in this country by taking down monuments or covering them with tarps just like Islamic terrorists do in the Middle East.

Where were all of these angry protesters during 8 years of Obama?
Photo via Fox News
Posted by Brock Townsend at Thursday, September 14, 2017 10 comments:

Afghanistan: The Graveyard of Empires: Part 1 of a Series

Many empires, nations, and alliances in the past have found Afghanistan to be a hellish trial. As Rudyard Kipling (1865-1936) immortalized in his poem entitled “The Young British Soldier,” Afghanistan was a dreaded assignment for British troops:


“When you’re wounded and left on Afghanistan’s Plains

And the women come out to cut up what remains

Just roll on your rifle an’ blow out your brains

Another statue of St. Junipero Serra vandalized in California 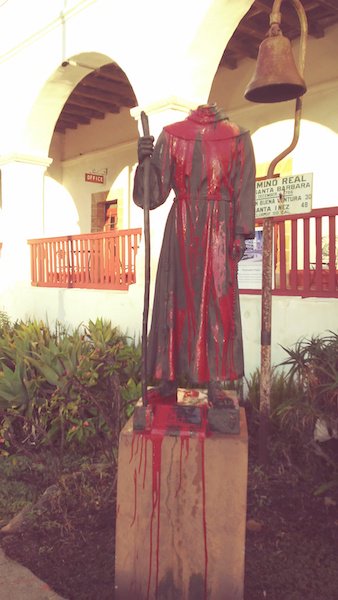 A statue of St. Junipero Serra at the Old Santa Barbara Mission in California has been decapitated and splashed with red paint. The bronze statue was vandalized overnight between Sunday and Monday.

An 18th century Spanish Franciscan, Serra is remembered in Catholic circles as the missionary who brought the faith to the West Coast of the Americas, having founded nine missions himself from San Francisco to San Diego, and he inspired the creation of twelve others after his death in 1784. He’s formally known as the “Apostle of California.”

PIERS MORGAN: We all know what happened, Hillary: you're a loser! Now get over it and give the rest of us a break

'What happened' is the title of Hillary Clinton's new 464-page book.

The answer, it transpires, is the most whiny, self-pitying, deluded load of literary claptrap written since Kim Kardashian's 'I was empowering women' defense for posting naked bird-flipping selfies.

By the time I'd finished wading through Hillary's absurdly self-indulgent tome, I felt like I'd been lowered into a large vat of violently indignant, furiously self-justifying, boiling mad spittle.

This is the tormented, tragic work of a spurned woman who never thought she could possibly lose to Donald Trump, a man she considered her inferior opponent in every possible way imaginable from intellect and political experience to credibility and popularity.

Two comments on: UNC, take down Silent Sam – or we may sue

Comments  by Badger and Anonymous on UNC, take down Silent Sam – or we may sue 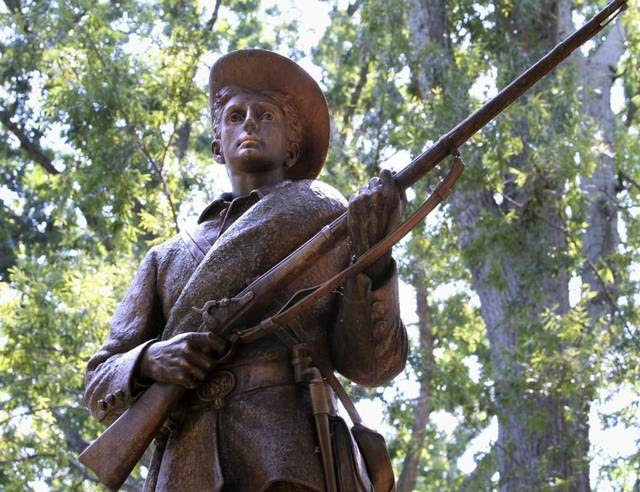 My guess in the university will cave. But I would like it explained to me, I’m a bit slow. How a statue discriminates? Does it make faces at certain races? Or perhaps it reflects the sun’s rays, only into the eyes of nonwhites. Maybe it sneaks into the admissions building, and shreds applications of particular ethnic groups. I am confused here, please help me understand, how the statue of Silent Sam, discriminates.
-- Badger

A statue violates rights? In what sharia compliant institution did they get their law degree?
--Anonymous
Posted by Brock Townsend at Thursday, September 14, 2017 No comments:

On Tearing Down Monuments 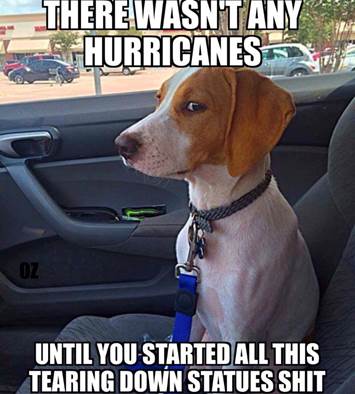 "However, whoever posted this was no student of English."  Em
Posted by Brock Townsend at Thursday, September 14, 2017 3 comments:

President Trump claimed Thursday that people have warmed to his argument last month about "bad dudes" populating both sides of a white supremacist rally and the demonstrators who showed up in Charlottesville, Va. in early August to counter-protest them.

His comments in the days after the Charlottesville rally turned violent, resulting in the death of an anti-fascist protester, received widespread condemnation from both sides of the aisle due to the equivalence he seemed to draw between the neo-Nazi marchers and those who opposed them.

One such critic of the comments was Republican Sen. Tim Scott, who met with Trump earlier this week in part to discuss why the president's statements were problematic.

"We had a great conversation," Trump said of his talk with the South Carolina Republican. "I think especially in light of the advent of Antifa, if you look at what's going on there. You have some pretty bad dudes on the other side also and essentially that's what I said." 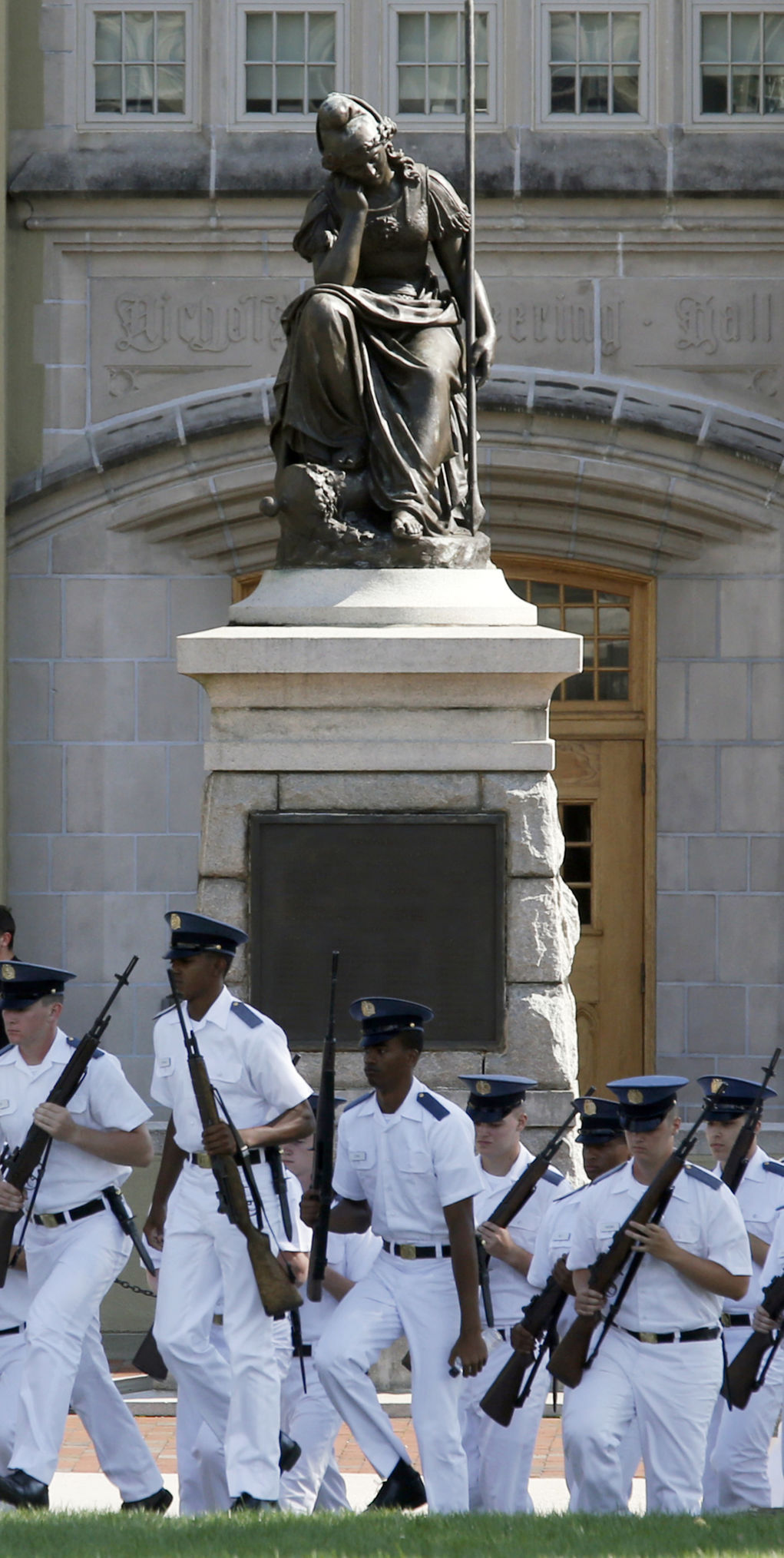 Leaders of Virginia Military Institute said Tuesday that the school will keep its Confederate statues and consider adding more historical context in the aftermath of last month’s violent white nationalist rally in Charlottesville. (The violence was initiated by the commies, as usual)

At a VMI board of visitors meeting Tuesday, VMI Superintendent J.H. Binford Peay III defended the school’s traditions while declaring that “there’s no place for discrimination” at the state-supported military college. The school, founded in Lexington before the outbreak of the Civil War, has continually evolved since it was racially integrated in 1968, Peay said.