Rudy Giuliani: ‘Of course’ Obama is trying to box in Donald Trump 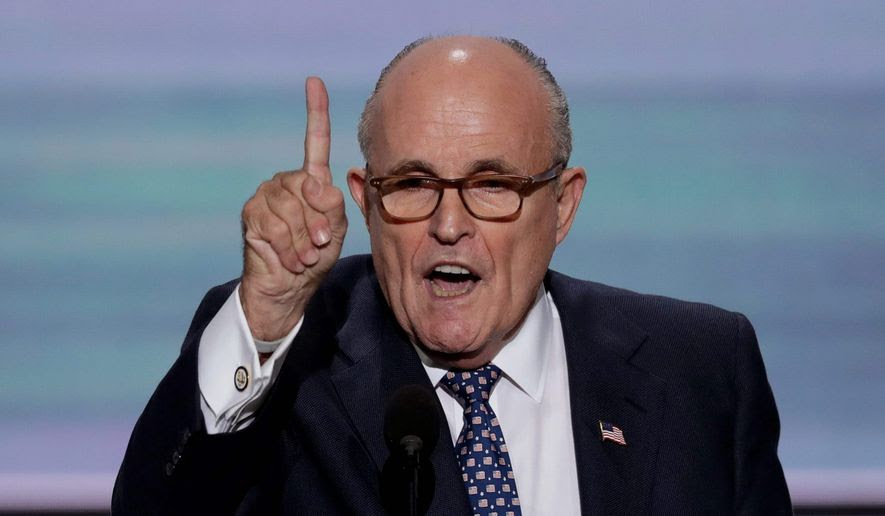 “The 18 months of hacking — why didn’t he do something about it 10 months ago? It never would have happened,” said Mr. Giuliani, a top ally of Mr. Trump.

“There’s a certain pettiness that I hadn’t seen before,” he said.

“To do this after 18 months when you could have prevented it 10 months ago, to double-cross Israel in [the] last hours of his administration, after pretending he was a friend of Israel — which no one believed,” he said.

“To do those two things, to basically reduce the leverage of the next president,” Mr. Giuliani said.

Is Obama's Last Chore To Start A War With Russia? (Short and on Target) 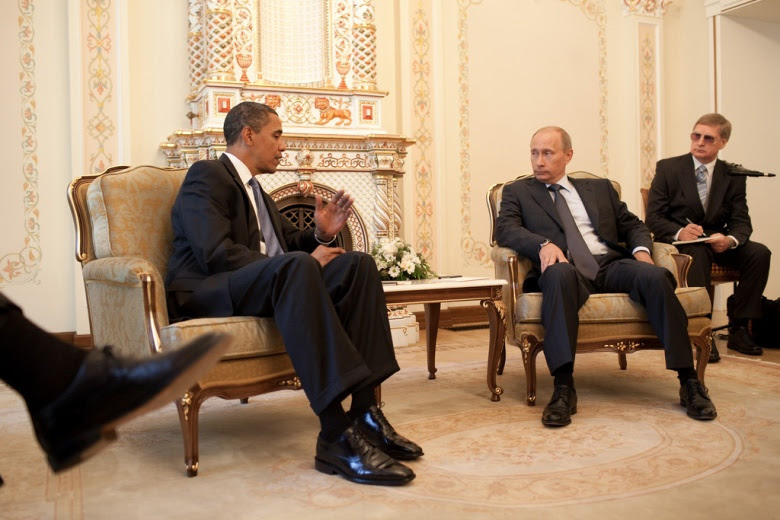 A friend called me tonight after watching the TV "news" and told me that Comrade Obama was imposing more sanctions on Russia to their alleged plot to influence the US elections. Knowing Obama, such an action comes as no real surprise.

Having watched his actions in the past month I am convinced that he is in the process of trying to throw a monkey wrench into whatever gears of normal government may still remain in Washington. He wants, as do his bosses in the Ruling Establishment, to hand Trump the proverbial "hell in a hand basket" when he takes office. And part of that hell may be starting a war with the Russians. After all, it's what Hillary wanted to do and now that she seems to have been put aside, at least temporarily, Obama has got to do the whole chore on his own. Of course he will have plenty of guidance in the effort from those above him. A war with Russia that he could pass along to Trump would be his last great coup--sort of a "I'll spit in your eye" kind of departure. Somewhat akin to "dancing on your grave!"

The Petersburg National Battlefield, a climactic site in the collapse of the Confederacy in the Civil War, has been cleared for a huge expansion under a new law that would authorize it to become the nation’s largest protected battlefield.

The park commemorates sites in the war’s longest battlefield conflict, marked by bursts of bloody trench warfare spanning some 10 months between 1864 and 1865.


More @ The RoanokeTimes
Posted by Brock Townsend at Friday, December 30, 2016 No comments:

“Democracy is now in crisis,” he wrote in a Project Syndicate op-ed Wednesday. "Even the U.S., the world’s leading democracy, elected a con artist and would-be dictator as its president.”

“Although Trump has toned down his rhetoric since he was elected, he has changed neither his behavior nor his advisers,” added Soros, a business magnate and Holocaust survivor. "His Cabinet comprises incompetent extremists and retired generals.”

The Facade Is Gone


The waning days of the Obama Administration have revealed what has always been evident, had the fake news media not covered it up and Democrats had not supported it: Barack Obama is a Muslim, who was elected president on the basis of a fake birth certificate. Everything he has done in office is a fraud and should be thrown out immediately upon the assumption of power by Donald Trump.

While I have always believed this, it was not too much of an issue with me, since the real problem was and is the fact that the un-American Democrats elected him, the anti-American media covered up his real agenda and the globalist Republicans refused to make it an issue. It is not the fraud of Barack Obama that is the problem, it is that there are so many enemies within the populace that allowed it, encouraged it and continue to support it. 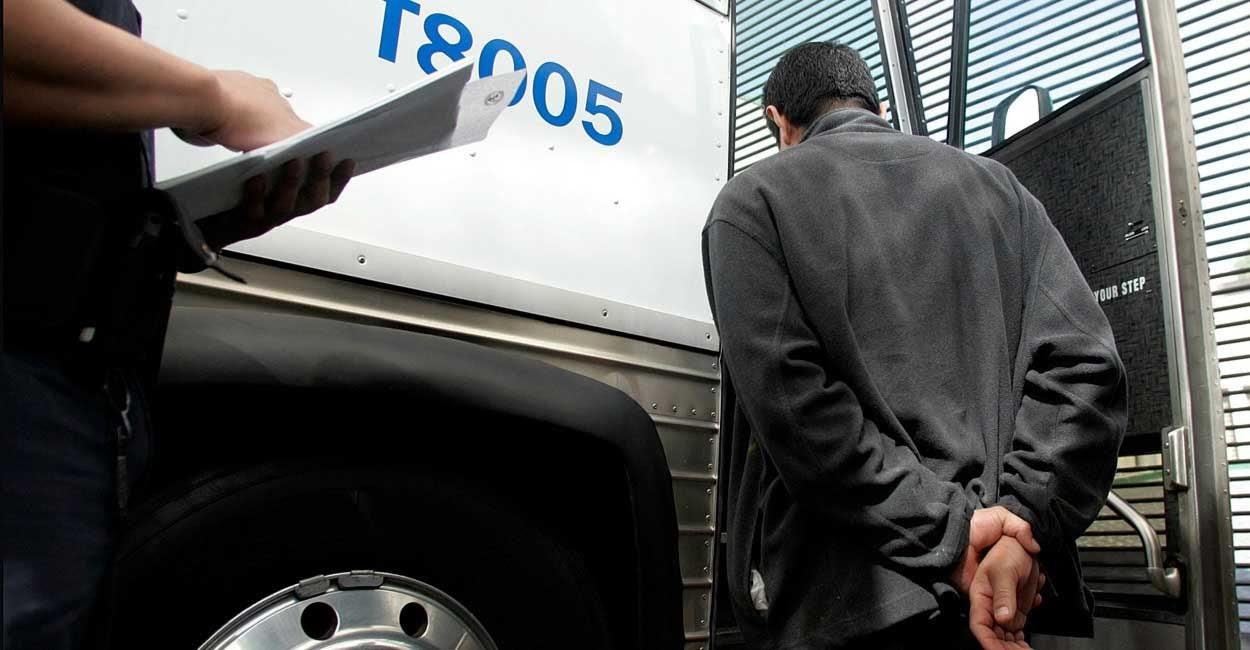 The Obama administration is using a taxpayer-funded program to award business grants to Salvadoran migrants deported from the United States.

Run by the nonprofit Instituto Salvadorno Del Migrante and funded through a $50,000 grant from the taxpayer-backed Inter-American Foundation, the program “facilitates [deportees’] reintegration into their communities and supports their enterprises by offering financial education, technical advice, and assistance with business plans.”

“So, if you break the rules and get deported, we’ll help you start a business back in your home country. How absurd,” said Sen. Rand Paul, R-Ky.


More @ The Daily Signal
Posted by Brock Townsend at Friday, December 30, 2016 No comments:

Obama under pressure to prove Russian interference in election

The Obama administration is under intense pressure to release evidence confirming Russian interference in the presidential election before leaving office.

The administration up until now has provided little documentation to back up its official October assessment that the Russian government was attempting to interfere in the U.S. election.

Nor has it corroborated subsequent leaks from anonymous officials contending that the CIA believes the campaign was an attempt by Russian President Vladimir Putin to ensure Donald Trump’s victory.

Spicer: 'Business as usual is over'

"And I think what I mean by that is that you know, the president-elect looks at this and says what’s best for the country?" Spicer told conservative radio host Hugh Hewitt on Thursday.

"How do we put America and Americans first and stop trying to figure out how we cater to you know, pundits and the establishment class, big donors?"


"And when he talks about Americans first, he means I don’t care what a bunch of elites tell me or people at a dinner party," Spicer said.
More @ The Hill
Posted by Brock Townsend at Friday, December 30, 2016 No comments:

The 2 Rules that will guide Trump’s administration

Magpul Industries announced a mega-deal to supply ammunition magazines to the Marines last week, a boon for Cheyenne and a loss for Colorado.

Magpul, one of the country's largest producers of ammunition magazines and other accessories, left Colorado in protest of the state's 2013 gun laws that limited the size of magazines to 15 rounds.

In 2013, when Democrats controlled the state House, Senate and governor's office, Colorado passed a 15-round limit as a measure to curb mass shootings, particularly in the wake of the 2012 Aurora theater assault that left 12 people dead and more than 70 wounded. Among James Holmes' weapons was a semi-automatic rifle with a 100-round drum magazine.


More @ The Gazette
Posted by Brock Townsend at Friday, December 30, 2016 No comments: 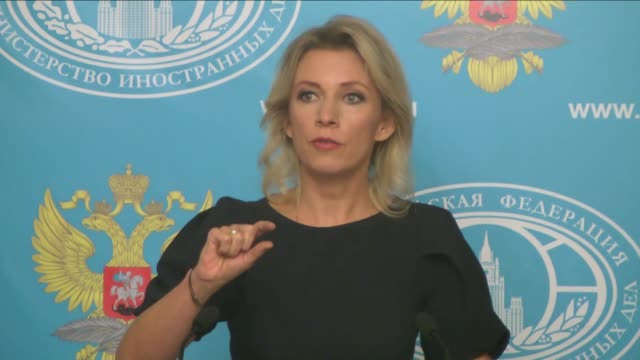 The outgoing US administration has not given up on its hope of dealing one last blow to relations with Russia, which it has already destroyed.   Using obviously inspired leaks in the US media, it is trying to threaten us again with expansion of anti-Russian sanctions, “diplomatic” measures and even subversion of our computer systems. Moreover, this final New Year’s “greeting” from Barack Obama’s team, which is already preparing to leave the White House, is being cynically presented as a response to some cyber-attacks from Moscow.


Frankly speaking, we are tired of lies about Russian hackers that continue to be spread in the United States from the very top. The Obama administration launched this misinformation half a year ago in a bid to play up to the required nominee at the November presidential election and, having failed to achieve the desired effect, has been trying to justify its failure by taking it out with a vengeance on Russian-US relations.

However, the truth about the White House-orchestrated provocation is bound to surface sooner or later. In fact, this is already happening. On December 8, US media quoted Georgia’s Secretary of State Brian Kemp as saying that the local authorities tracked down the origin of a hacker attack on his voter registration database after the election. The attack was traced to an IP address of the Department of Homeland Security. This was followed by an attempt to quickly cover up this information by a flood of new anti-Russian accusations that did not contain a single piece of evidence.

We can only add that if Washington takes new hostile steps, it will receive an answer. This applies to any actions against Russian diplomatic missions in the United States, which will immediately backfire at US diplomats in Russia. The Obama administration probably does not care at all about the future of bilateral relations, but history will hardly forgive it for this après-nous-le-deluge attitude.
Posted by Brock Townsend at Friday, December 30, 2016 2 comments: