This is a very interesting story about real hair wig/extension sources. Dan in Vietnam is doing it right

The best defense against the Paternalism of the Federal government are the words “Our Father who art in Heaven.” A father is someone who provides freedom to his children based on genuine authority, paternalism seeks to make children live in Neverland forever. It won’t be easy, and pain is in our immediate future, but Coronavirus is forcing us out of the Lincolnian Neverland. The “peace” we’ve made with Federal paternalism is coming to an end and growing up is painful and scary but it’s our only option in light of the current crisis.

I Was Convicted Of Felonies After Antifa Attacked Me And I Drew Down On Them. Help Me Take The Case To SCOTUS

Before Michael Forest Reinoehl shot Aaron Danielson. Before Kyle Rittenhouse. Before Marquise Love punted Adam Haner’s head into the ground. Before the McCloskeys. Before Jake Gardner in Omaha. Before the Albequerqe guy shot people shouting they were going to kill him.

Before Andy Ngo was attacked. Before Joey Gibson and Patriot Prayer and the Proud Boys. Before riots were commonplace in Portland. Before everyone and their mother were accused of being white supremacists. Before “antifa” was a household term. Before Trump was even the nominee for President.

Our newest effort against anti-Southern bigotry

Most Americans don't have long attention spans, particularly our young people. This isn't their fault. Modern media has conditioned them to want their content in five or six minutes. Get to the point and move along. This presents challenges for the Southern tradition. How do we explain our beautiful tradition in short segments?

The answer: short, punchy videos that outline our cause in a format even a history professor could understand. This project is an effort to push back against the anti-Southern bigotry so prevalent in the modern academy. Our first video is now public. We want to do more. Please click the box below to see more about our latest work at the Abbeville Institute and to contribute to the effort.

Why Fauci Is Lauding New York as a COVID-19 Success, and Why Rand Paul Isn’t Buying It 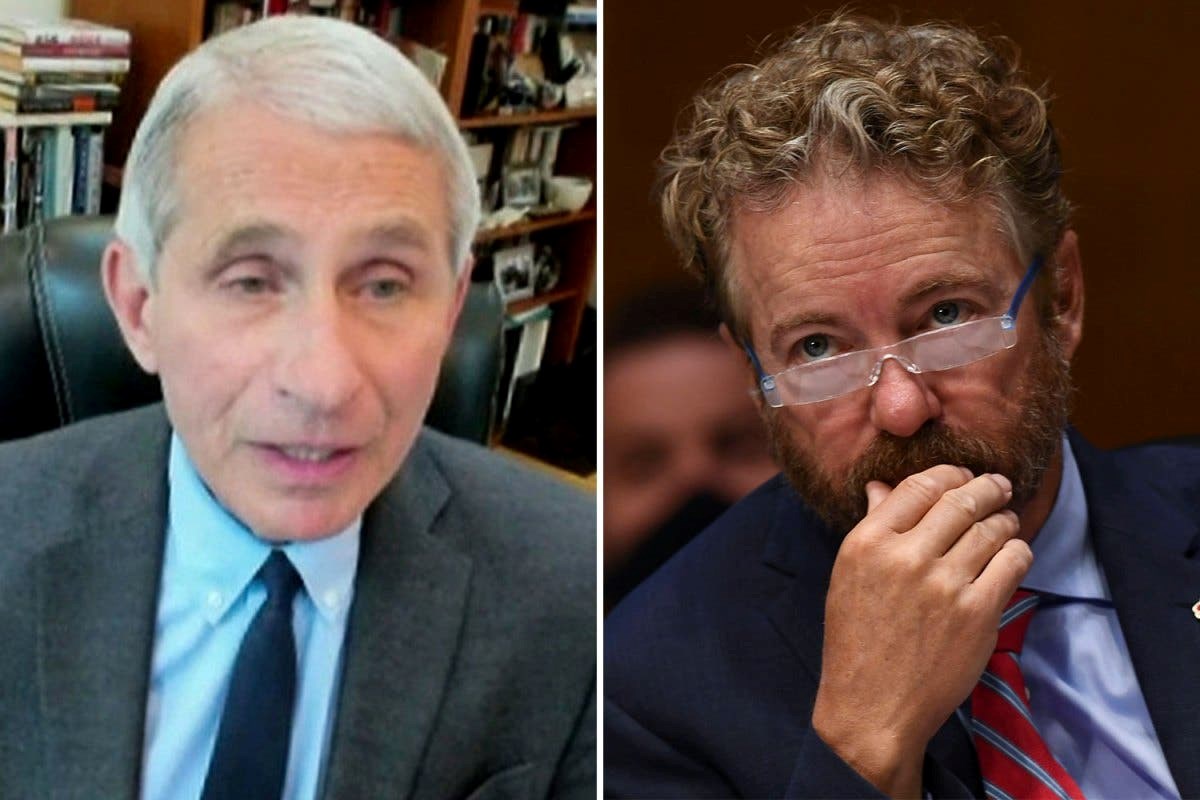 “Is man really capable of altering the course of an infectious disease through crowd control?” Rand Paul asked.

During a Senate committee hearing, the Kentucky Senator asked Dr. Fauci how he could laud New York’s lockdown policies when the Empire state has “the highest death rate in the world.”

With just over one month left until Americans decide whether we get to experience four more raucous years of Donald Trump, The New York Times released what has been presented by the mainstream media as a “bombshell” report on the real estate mogul’s tax documents — documents Trump says are “illegally obtained” (which the Times denies) and his lawyers say are incomplete, inaccurate and misleading. The Times’ conveniently-timed report, which runs some 10,000 words, has inspired a flood of media coverage citing the supposedly “damning” revelations contained within.

John Kasich: Pro-lifers should set aside their pro-life beliefs for the sake of unity & Justice Clarence Thomas: ‘Our abortion precedents are grievously wrong and should be overruled’ 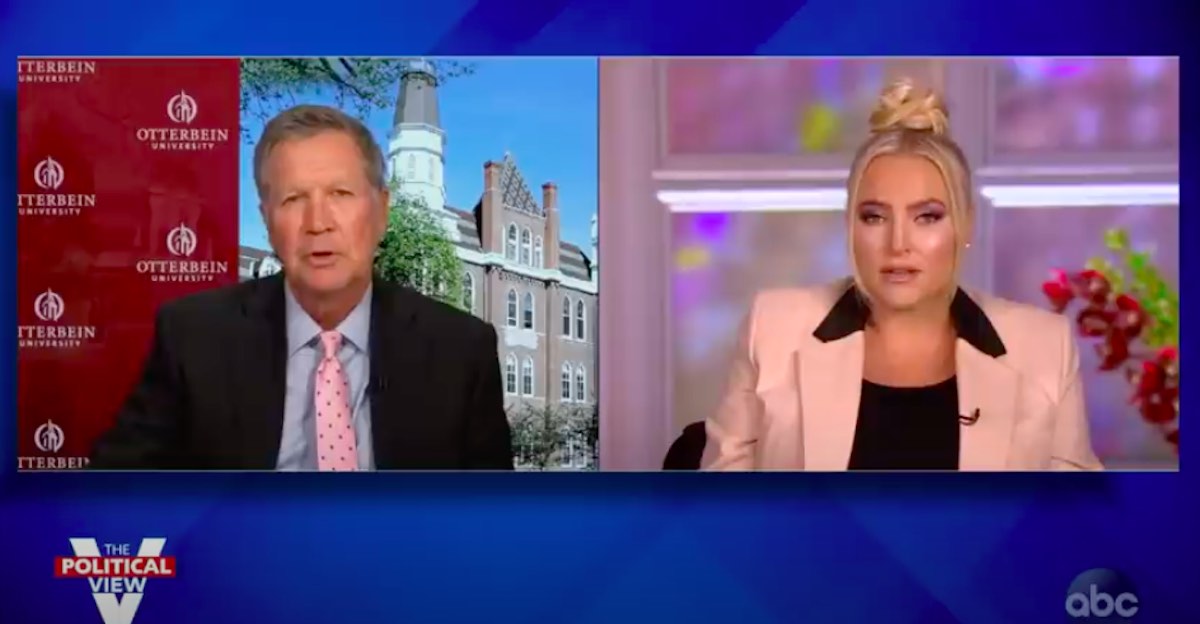 Former GOP presidential candidate and past Ohio Governor John Kasich appeared on “The View” this week, speaking with Meghan McCain about his belief that it is time for pro-lifers to set aside their pro-life beliefs for the sake of societal unity.

The exchange, which begins at approximately 4:10 in the following video, began with McCain discussing her reluctance to vote for candidates who do not share her pro-life beliefs. “You’re pro-life, and I know that. You were pro-life in politics, as am I,” McCain said. “It’s a big part of who I am and my platform, and I don’t think taxpayers should be funding abortions for women who are as pregnant as I am right now. How would you push back against a voter like me who’s concerned about things like this in a possible Biden-Harris administration?”

Justice Clarence Thomas: ‘Our abortion precedents are grievously wrong and should be overruled’

“Roe is grievously wrong for many reasons,” wrote Thomas, “but the most fundamental is that its core holding — that the Constitution protects a woman’s right to abort her unborn child — finds no support in the text of the Fourteenth Amendment.”

Instead of supporting the right to abortion, Thomas argued that Roe deprives individuals of liberty while simply requiring that this deprivation be protected. He calls it absurd that anyone would believe that the crafters of the Fourteenth Amendment would have meant to include a right to abortion.

“The fact that it took this Court over a century to find that right,” he argued, “all but proves that it was more than hidden — it simply was not (and is not) there.”

NC: Explainer: Republican Objections to Collusive Board of Elections Settlement

There’s been a firehose of information about the controversial settlement between the Democratic Party-controlled N.C. Board of Elections and Democratic Party lawyer Marc Elias that undoes absentee ballot fraud protections. Here’s an explainer outlining the Republican objections.

Bottom line: The Board of Elections and Attorney General Josh Stein secretly negotiated with Democratic Party super-lawyer Marc Elias to change election laws while the election is actively underway.


Posted by Brock Townsend at Monday, September 28, 2020 No comments:

Guns Of The Man With No Name Trilogy Clint Eastwood and Westerns have been a perfect match for more than fifty years. It all started with his portrayal of Rowdy Yates in the TV series Rawhide. The show ran for a total of 217 episodes from 1959 through 1966, with Eastwood starring in all of them. Clint continued his cowboy ways on the big screen with Sergio Leone’s so-called “Man with No Name Trilogy.” A series of films that set the standard for future Spaghetti Westerns (films produced in Italy and Spain) and began Eastwood’s rise to stardom.

The three films–A Fistful of Dollars (1964), For a Few Dollars More (1965) and The Good, the Bad, and the Ugly (1966)—make up the no-name trilogy. To be fair, Eastwood’s characters do have a name in each of the films. The first one, in which he’s called Joe, features an array of guns of the man with no name. He shoots a revolver, three rifles, a double-barreled shotgun, and mans a machine gun that wipes out an entire cavalry outfit. It’s set in the 1860s, and it’s vintage Eastwood as the anti-hero.

A Fistful of Dollars

The Importance of Amy Coney Barrett

The Judge can solidify an originalist majority on the High Court.

President Trump’s nomination of Amy Coney Barrett for the Supreme Court is a highlight of his Presidency and perhaps a hinge moment for the judiciary. Judge Barrett’s record and intellect suggest she can join Mr. Trump’s other appointees in reviving core constitutional principles in American law and life.

If this sounds like a tall order for one Justice, we do not mean to suggest this is her job alone. She is the latest example of a new generation of originalist judges whom Mr. Trump and the GOP Senate have elevated to the federal bench. The numbers—three Justices and 53 appellate-court judges—are crucial, but more important is how they approach the law. With rare exceptions, they think of themselves as protectors of the proper constitutional order, not as a third policy-making alternative to the political branches.

The Trump and Biden campaigns are ready to deploy challengers to ballot-counting operations in battleground states.

With top Republicans, including the president, bringing up claims of fraud involving voting-by-mail, indictments announced Thursday against a Democratic county commissioner in East Texas appear to bolster those accusations.

According to Paxton's office, Brown and others targeted "young, able-bodied" voters to cast ballots by mail by fraudulently claiming the voters were "disabled," in most cases without the voters' knowledge or consent. The indictments claim this was done to increase the pool of ballots needed to swing the race in Brown's favor.
More @ ABC
Posted by Brock Townsend at Monday, September 28, 2020 No comments:

President Trump slammed the Democrats and their media for attacking Amy Coney Barrett on her Catholic beliefs.