Hidden in the heart of District 3’s “chessboard” neighborhood, a network of intersecting alleys that can easily bewilder first-timers in town, Cheo Leo Café is more than just a street coffee shop: it’s a Saigon landmark, a family heirloom and a cultural hangout all rolled into one simple shopfront.
Posted by Brock Townsend at Thursday, May 03, 2018 4 comments: 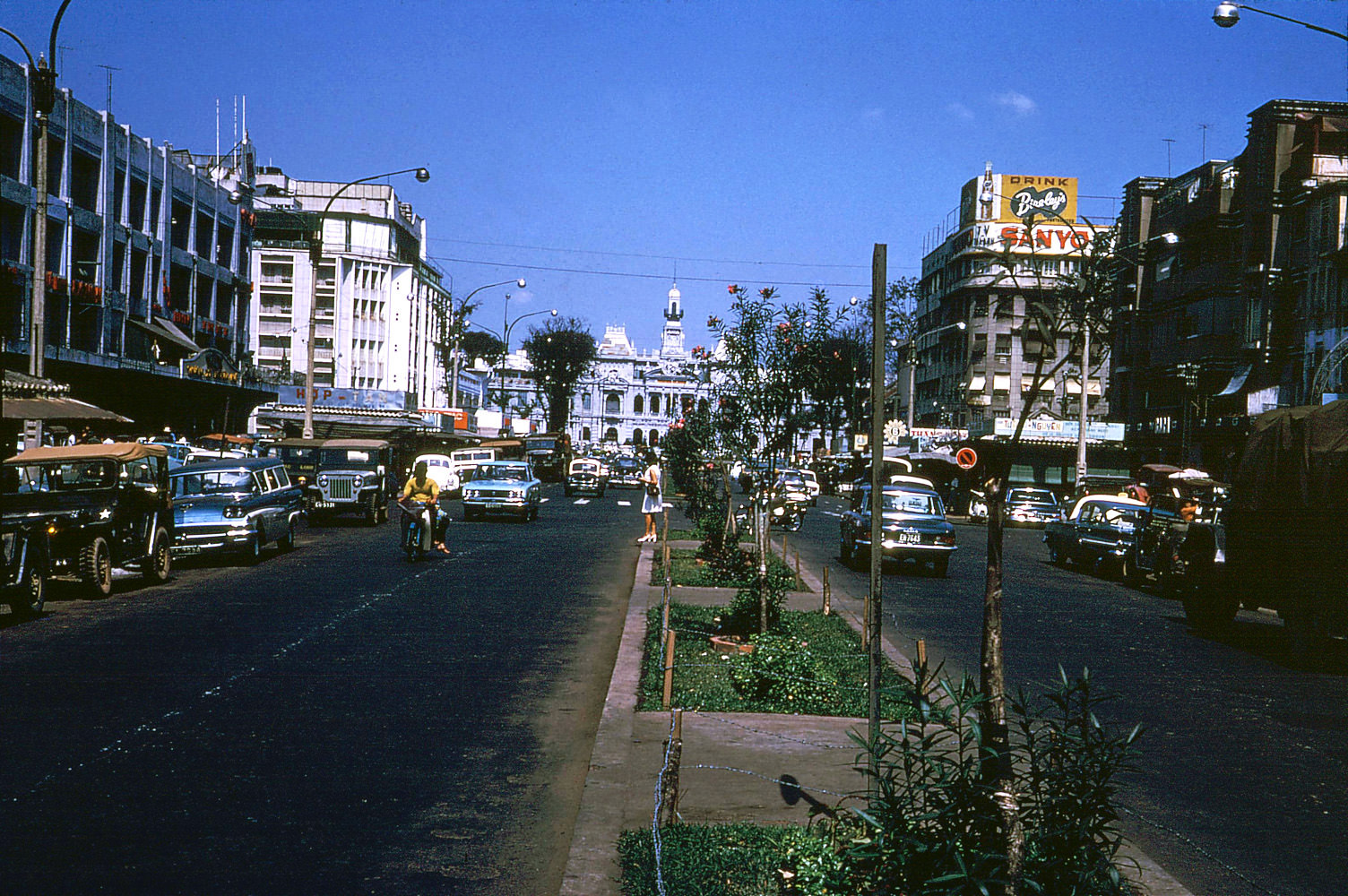 If you were born when these photos were taken, you would be 47 years old now.

In this collection of photos of old Saigon, taken by American solider, Douglas Elgin, the southern Vietnamese metropolis could almost pass for a town in Europe or the US. Colorful banners in English and throngs of automobiles on the streets contribute to the city’s cosmopolitan vibe. Nonetheless, the sight of ladies in white áo dài and street vendors assure viewers that Saigon still retained much of its unique culture.

Have a gander at what our beloved city looked like in 1971.
More @ Saigoneer
Posted by Brock Townsend at Thursday, May 03, 2018 No comments:

The Sensory Poetry of Dubose Heyward Dubose Heyward once described himself as a “synthetic Charlestonian.” Having been part French Huguenot and part English Cavalier, he was a direct descendant of South Carolina’s Thomas Heyward Jr., a signer of the Declaration of Independence. Born in Charleston in 1885, he was a major part of the Southern Literary Renaissance and wrote extensive poetry and fiction.

Southern identity came naturally to Heyward, who described his early years by saying: “Only we who have lived in the South since the Civil War can realize the utter economic and artistic bankruptcy of the country during that period. Life was, with many of us, a heartbreaking struggle for bread, on the one hand, and the retention of the beautiful fragments of a shattered civilization on the other.” By the 1920s, the south was experiencing a revival in the arts that sprang from a passion for its traditions appreciation of the very soil.


More @ The Abbeville Institute
Posted by Brock Townsend at Thursday, May 03, 2018 No comments:

Giuliani: I Think Mueller Has ‘Lost’ Power to Subpoena

On Wednesday’s broadcast of the Fox News Channel’s “Hannity,” Rudy Giuliani, a member of

President Trump’s legal team, argued that if he doesn’t believe Special Counsel Mueller’s team is objective, then President Trump won’t sit down for an interview with him and there will be litigation over Mueller’s subpoena power, and that he believes Mueller has lost the power to subpoena.

Giuliani said, “If they’re objective, we can work something out. If they’re not, then we have to shake hands and basically go into a litigation over, do they have the power to subpoena? And I think they’ve lost that power. This is a completely tainted investigation.”
Posted by Brock Townsend at Thursday, May 03, 2018 2 comments:

'You are LOSING!' Farage STUNS Verhofstadt with dig at 'on the pay-roll' europhile MEPs

NIGEL FARAGE delivered a brutal dig at arch-federalist MEP Guy Verhofstadt as he launched into a tirade dismissing calls for more European integration of member states.

Mr Farage pointed out to the MEP that recent electoral results across the bloc did not bode well for the bloc due to the surge in support for populist parties.

He told colleagues in Brussels: "There are some like Mr Verhofstadt who think this flag represents a European identity. He clearly identifies as a European.

Via John"This is so outrageous that it is almost beyond anyone's comprehension.

Trump needs to fire the top three layers of DOJ/FBI management. No exceptions. They have become a DIY KGB. just fire them (including the useless abdicated AG, Jeff Sessions. Mueller and his band of Hillary Marauders also needs to be charged.

Make Giuliani the new acting AG, pending confirmation, and make him clean major house. Just get it done quickly. The co-conspirators can all be charged with treason at a later date and the death penalty is available for that charge and should not be taken off the table.

That's how serious this is. This is still the United States, not the former Soviet Union, and not some Latin America banana republic where things like this happen. We cannot allow it to happen here."


The report, citing one source with direct knowledge, said at least one call between the White House and a phone line associated with Cohen was intercepted.
The wiretap could dramatically raise the legal stakes for Trump if any potential conversations with his longtime lawyer were swept up by investigators, who are conducting a wide-ranging criminal probe into Cohen’s business activities."
More @ The Hill
Posted by Brock Townsend at Thursday, May 03, 2018 No comments:

For Second Amendment supporters, Dick’s Sporting Goods, the Pennsylvania-based retailer, went over to the dark side with the announcement it would no longer sell so-called “assault-style” rifles, high-capacity magazines or any rifles to anyone under 21 years of age following the Feb. 14 shooting at a Parkland, Florida, high school.

It was at one of its 610 stores, Nikolas Cruz, 19, legally purchased one of his guns, although the weapon was not used when he killed 17 at the school. 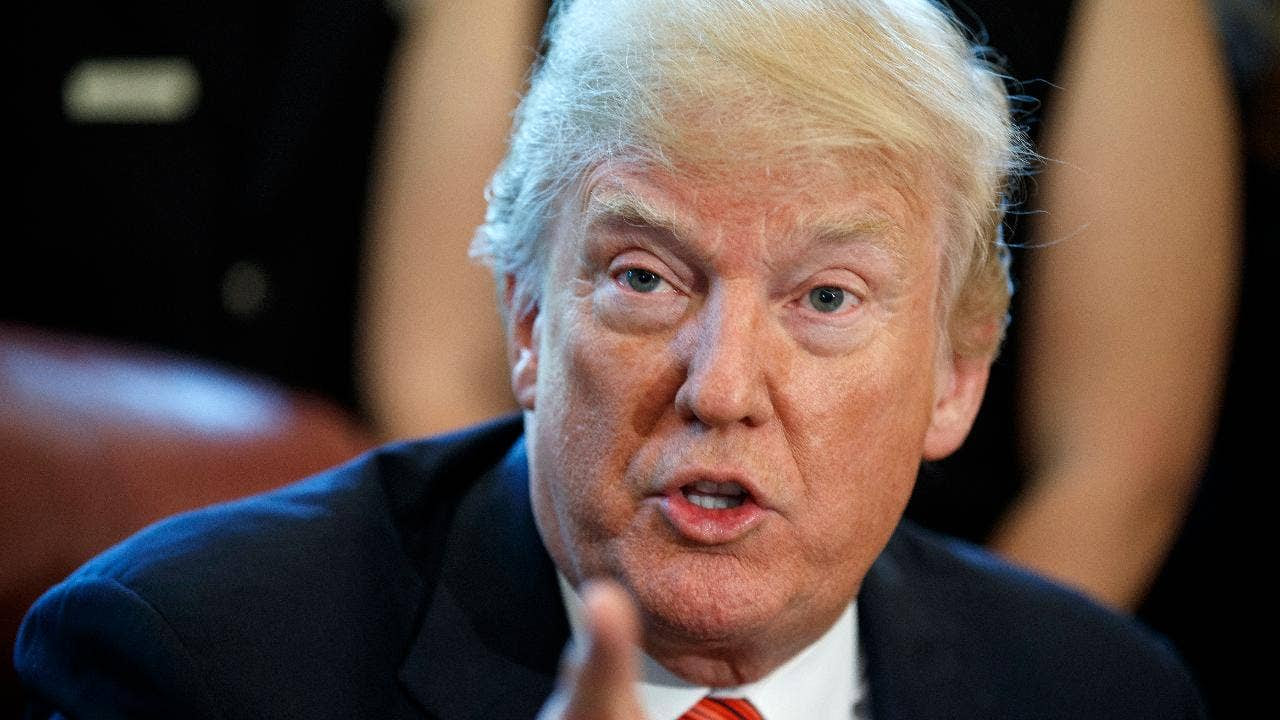 In a startling revelation earlier this week, The New York Times published what it claims are 40 questions that special counsel Robert Mueller sent to lawyers for President Donald Trump. The questions are apparently a road map of inquiry that Mueller and his prosecutors and FBI agents plan to put to the president if the president agrees to sit down for an interview with them.

I have been arguing for months that the president should not agree to an interview with Mueller. My reasons are fairly boilerplate: It is nearly impossible to talk prosecutors who are determined to seek an indictment into changing their minds. As well, the person being interviewed cannot possibly know as much about the case as the team doing the interview, and he will be prone to error.

God Damn You To Hell’: Ex-Trump Aide Blows Up During Senate Interview

“Forget about all the death threats against my family. I want to know who cost us so much money, who crushed our kids, who forced us out of our home, all because you lost an election,” he added.

Michael Caputo, a former Trump campaign adviser, unloaded on Democrats on the Senate Select Committee on Intelligence on Tuesday during a closed-door interview as part of the panel’s Russia investigation.

“God damn you to hell!” he said at one point in the interview, according to the Washington Examiner.

The process is complete. The Boy Scouts, a once proud and important organization that helped shape boys into young men, is dead. It had been dying for sometime, but now it is official. In an announcement that would have seemed like an outlandish parody only ten years ago, the Boy Scouts said today that they will be dropping "Boy" from their name. They shall henceforth be known only as Scouts. 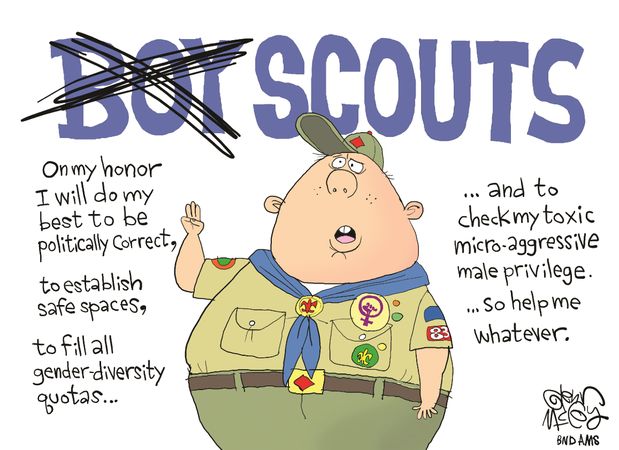 The Hill will no longer participate in the White House Correspondents’ Association Dinner, according to a letter from the publication’s chairman James Finkelstein to the association’s executive director, Steven Thomma. Finkelstein cited the controversial jokes made by comedian Michelle Wolf at Saturday’s event as the reason for the decision, writing that “major reforms” are needed by the association.

How Uncle Killed the Viper

Done in by not having enough airbags.

The Corvette now reigns as America’s only supercar. But there used to be two American supercars — the second one being the Dodge Viper.

It was, arguably, more super.

An 8.4 liter V10 (and 600 horsepower) rather than a 6.2 liter V8 (and 460 hp) paired only with a manual transmission. Not just anyone could drive a Viper. Almost anyone can drive a Corvette. And not just because it is available with an automatic. The Corvette you can drive to work, in traffic. It puts up with this sort of duty as agreeably as a Camry.


More @ Spectator
Posted by Brock Townsend at Thursday, May 03, 2018 No comments:

Raymond dropped this bomb during their interview. According to the latest Reuters polling black voters support for President Trump doubled in one week.

This is a stunning development!


More @ The Gateway Pundit
Posted by Brock Townsend at Thursday, May 03, 2018 No comments:

DiGenova: Rosenstein Has ‘Disqualified Himself From Continued Service’ At DOJ

“The deputy attorney general today disqualified himself from continued service in the Department of Justice,” the former U.S. attorney told The Daily Caller co-founder. “Jeff Sessions now has an absolute responsibility to call him into his office, berate him for saying that constitutional oversight is extortion.”


More @ The Daily Caller
Posted by Brock Townsend at Thursday, May 03, 2018 No comments: 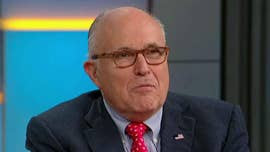 President Trump’s new attorney Rudy Giuliani said Thursday that Attorney General Jeff Sessions should “close” Special Counsel Robert Mueller’s probe – a call that comes amid GOP pressure on Capitol Hill to find out whether the investigation has gone beyond its original mandate.

“The basis of the case is dead,” Giuliani said on “Fox & Friends” Thursday, claiming the push to uncover collusion with the Russians has turned up no evidence. “Sessions should step in and close it.”

LVMPD officer inside Paddock’s room: “We do not have a broken window”