Via Your Northern Copperhead "Friend"  Greg

On the beam, with a caveat.

The Democrats’ RED DAWN: Yes, It’s A Communist Coup. But There Are Signs Of Hope

Remember John Milius’ 1984 classic movie, Red Dawn, in which Soviet and Cuban shock troops capture the town of Calumet CO? In one particularly compelling scene, the victorious occupiers execute Americans accused of conspiring with high school rebels who have been waging guerrilla warfare. But just before the Reds open fire, the condemned patriots start singing America the Beautiful.

I thought of that when reading Julie Kelly’s account of the January 6 Mostly Peaceful Protesters, still scandalously held in solitary confinement for their political opinions, singing the National Anthem every evening [January 6 Detainees Sing the National Anthem, July 18, 2021] Except this time, the enemy isn’t the Soviets: it’s Joe Biden and his—let’s face it—de facto Communist regime. 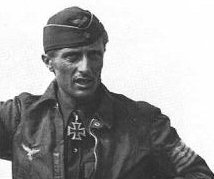 With more than 900 missions under his belt, Johannes “Macky” Steinhoff was one of the most famous German fighter pilots during WWII and was reportedly known as the “Handsomest Man in the Luftwaffe.” Operating everywhere from the western to the eastern fronts, Steinhoff squared off with some of the world’s best pilots at the time and racked up 176 victories. But he was also shot down a dozen times. The German ace nearly rode his damaged plane all the way down to the ground every time because he didn’t trust that the parachutes would properly deploy if he jumped out.

More @ We Are The Mighty

I would like to know if we have enough solitary confinement cells in Arizona available for the entire Maricopa Board of Supervisors and the execs at the fraud machine company. We are going to need a lot.

Should stolen elections be considered treason?

Maricopa County and Dominion failed to comply with the Arizona Senate subpoenas by today’s deadline.

Arizona State Senator Wendy Rogers is ready to throw them behind bars for treason.

The End of America? “Truth crushed to earth is truth still and like a seed will rise again.”

In response to his questioning, I can’t give a satisfactory answer, at least one nicely tied-up and tidy like my friend wants. But one thing on which my friend and I agree: this weary and gravely ailing country we call the United States seems with accelerating velocity and intensity to be hurtling into some form of ignominious and painful expiration. The unbridgeable differences, the divisions, between segments of our population are now far too stark, far too bitter, far too advanced to be papered over by “the next election”—or, by the pipe-dreams that I hear some Republicans and Fox News pundits exude with enthusiasm: “We’ll win back Congress in 2022! And then things will get right again.”

Cuba Should Be Free: Briefing and Personal Notes on Cuba

Between 1953 and 1957, when I was attending College Park High School near Atlanta, my father was a Flight Superintendent for Delta Airlines and made regular trips to Havana and Caracas to make sure everything needed for operating flights and supporting flight crews was running smoothly. When in Havana, he usually stayed where the Delta flight crews stayed, at the large and luxurious hotels of Havana. He often brought back postcards and photos. They made a strong impression on me as the ultimate enjoyment of beauty and prosperity. That beauty and prosperity would soon crumble under Communist mismanagement and cruel tyrannies.

Some of my church friends attended nearby Georgia Military Academy (GMA), where many *Cuban boys from wealthy families lived on campus. I saw them almost every Saturday, when we rode the bus to Atlanta for movies, lunch, shopping, and sightseeing. It was safe to do back then. I often wonder now how many of them survived Castro’s revolution starting in January 1959.

*We also had them at Greenbrier my military school and some went back to fight Castro and two were killed, as I remember.

NEW: This is the largest group of migrants we’ve ever seen being held by Border Patrol under Anzalduas Bridge in Mission, TX. Looks like it could be up to 1,000 people. We can only get a look at the area with our drone. There’s a popular Rio Grande crossing area nearby. @FoxNews pic.twitter.com/AsAygsO966

Troubling drone footage emerged online Sunday that reportedly showed up to 1,000 migrants being held by border patrol in Mission, Texas, prompted criticism from Republicans who said the footage underscores the crisis at the border.

"The easiest way to defeat Deplorable Liz Cheney is by having only ONE Conservative candidate run and WIN! Wyoming Patriots will no longer stand for Nancy Pelosi and her new lapdog RINO Liz Cheney!" pic.twitter.com/2yYvKhlrVw

In a race between Cheney and Smith, however, Smith would beat her 54% to 22%. Gray would win a one-on-one election against Cheney 63% to 24%, according to the Examiner.

The polling data showed that 77% of GOP voters would not back Cheney in her bid to keep her position in Congress. Only 23% of Republicans said they would vote for her. 53% of voters said Cheney was a liberal, and only 26% described her as a conservative.