General Ambrose Powell (“A.P.”) Hill is a three-time war veteran of the Mexican-American War, Seminole War, and Civil War. He was buried standing up on the soil he loved in Richmond, Virginia, inside a monument dedicated to him. The A.P. Hill monument (and grave) is slated for demolition under the unhinged authoritarian Democrat Mayor Levar Stoney. Stoney feels that despite a worsening opioid epidemic in Virginia, despite small businesses suffering due to COVID restrictions, his time (and NAACP donor money) is better spent desecrating graves.

By pursuing these plans, the city will potentially be committing class 4 and 6 felonies. According to the Code of Virginia 18.2 – 126, if a person unlawfully disturbs or disinters a human body which has been placed in a vault or grave, he or she is guilty of a class 4 felony. Virginia class 4 felonies can carry fines over one hundred thousand dollars and imprisonment, but courts often order higher amounts if there is evidence of malice or wanton disregard. This is especially the case since Hill was buried standing, so disturbance of the body will obviously occur. The City of Richmond has indicated that it will order all wrecking crews to complete the demolition with “the utmost care” but this is not enumerated in the City of Richmond’s Municipal Code. The City of Richmond often hires non-local construction crews to complete Confederate Monument demolition (see the hiring of Newport News teams) , adding insult to injury as the city refuses to hire its own people and provide some economic relief while being hellbent on digging up dead bodies. As gun sales soar across America due to increased crime and fear of Biden’s gun policies, ammunition is still difficult to find. Gun sales rose last year after the death of George Floyd that triggered riots and random attacks on innocent civilians. Rising crime in urban cities like New York City also contributed to the rise in gun purchases for protection.

More @ One Hundred% Fed Up

“The political leadership of the [CFPB] under the Biden Administration has been taking unusual and possibly unlawful actions to push out top-level career civil servants at the CFPB in order to fill those civil service positions with hand-picked loyalists,” Toomey wrote to Bialek.

Richard Torres-Estrada, appointed chief of diversity and inclusion for the US Special Operations Command (USSOCOM) in early March, lasted about a week in that role, before an investigation into his social media output found a doctored image of Adolf Hitler and Trump holding up bibles, as well as other Trump-disparaging and race-baiting material.

Posted by Brock Townsend at Saturday, June 19, 2021 No comments:

The Lessons of Waco By Ron Paul, MD 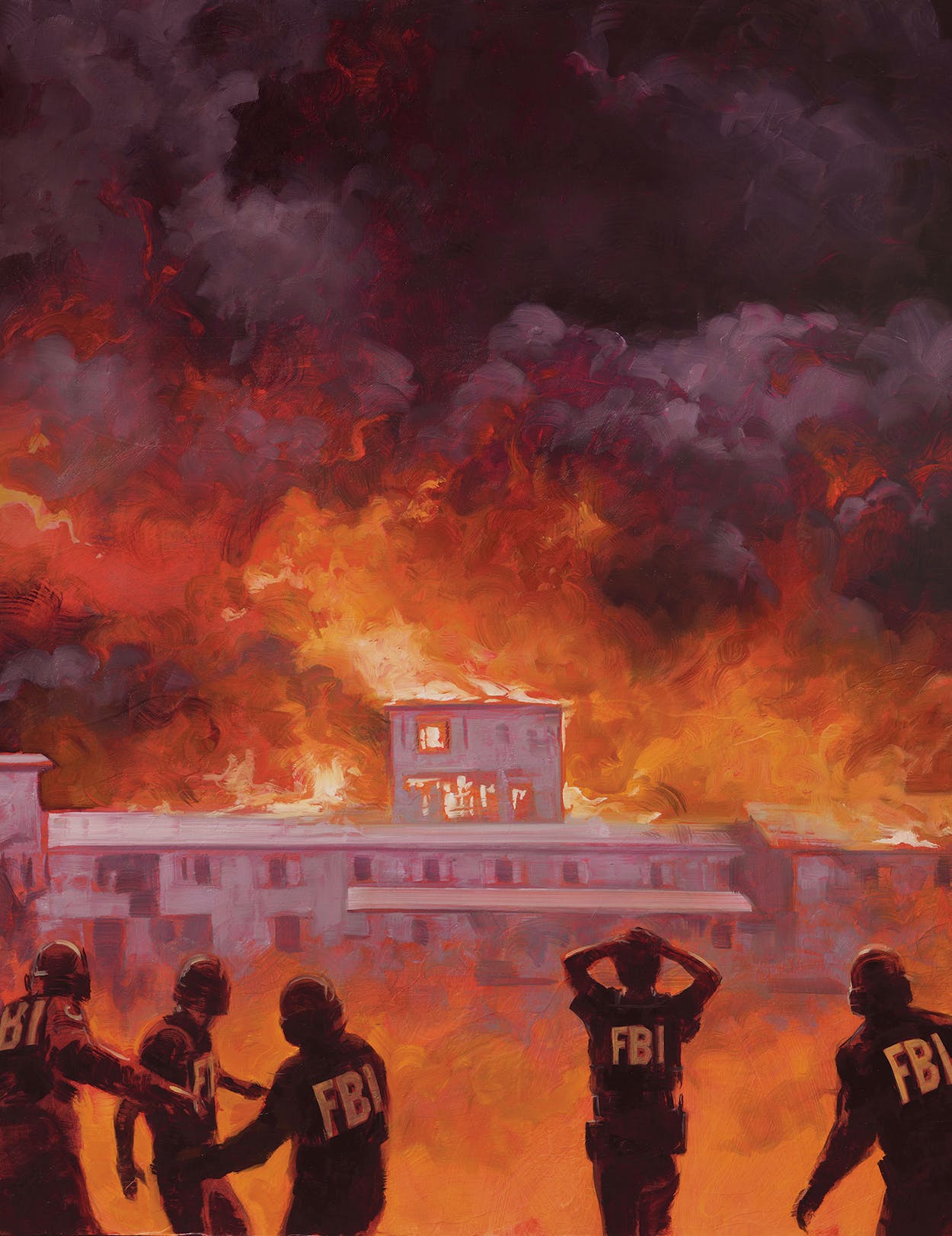 April 19 was the 28th anniversary of one of the most shameful episodes in modern American history: the massacre of 76 innocent men, women, and children by agents of the Bureau of Alcohol, Tobacco, and Firearms (ATF) in a military-style assault on the Branch Davidian compound in Waco, Texas.

The assault followed a botched raid on the Davidian compound (staged at a time that it would distract attention from an ATF sexual harassment scandal) and a two-month standoff between the Davidians and the agency. The ATF used CS tear gas against the Dravidians, even though the gas was banned by an international treaty the US agreed to just months before the assault. So, if the assault had occurred on foreign soil as part of a military operation, it would have been a war crime.

Posted by Brock Townsend at Saturday, June 19, 2021 No comments: