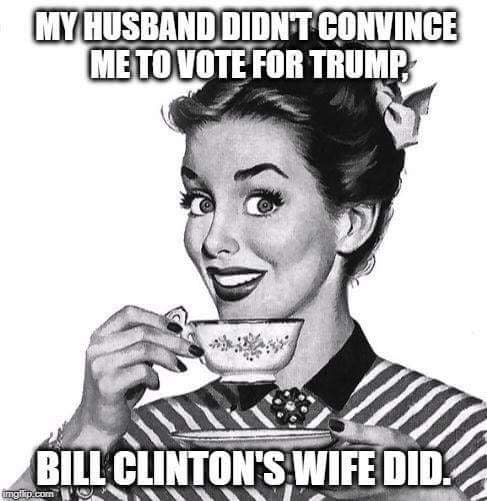 At the battle of First Manassas, a young Major Bryan Grimes served on the field and staff of the Fourth North Carolina Regiment under the command of Colonel George B. Anderson. Though Grimes did not participate in the battle, his view of how to treat the enemy was clear: “If my wishes could be consulted and followed I should say, raise the black flag and give no quarter to invading foes.” Witnessing the death and destruction caused by the enemy invasion of a formerly peaceful landscape hardened him to the grim task ahead.
Bernhard Thuersam, www.Circa1865.org   The Great American Political Divide

The Horror and Bitter Cost of War

“The month near the front impressed the major and altered his views on several matters. “Fighting from my opinion, is the least of the soldier’s exposures,” he observed. “The danger of battle is nothing in comparison to the risks from exposure to which he is subjected in camp life.”

His proximity to the July 21st action allowed him to absorb firsthand the grim reality and harsh aftermath of the Manassas battle: “The stench now arising from the putrefaction of the dead is intolerable,” described the North Carolinian in a letter home.

“A [handkerchief] full of whiskey and an extra bottle to keep it full is the only means by which you can visit the severely contested spots on the battleground.”

Taking an interest in where his fellow Tarheels had fought during the engagement, Grimes sought out the spot where Col. Charles Fisher and the Sixth North Carolina was engaged. Fisher was killed during the action and the unit had suffered heavily.

Although the bodies had been removed, “at least fifty horses in an area the diameter of which is perhaps forty yards,” were rotting under the hot July sun. In addition to the flotsam of battle, burial sites littered the devastated landscape. “Near a church I saw eight freshly dug holes and one of the wounded (still at the church used as a hospital) informed me that he counted seventy dead bodies thrown into one of the pits.”

Clearly the aftermath of the fighting at Manassas had deeply affected the young officer. “If only you could visit our hospitals you would feel in all its horror the bitter cost of war. And if one drop of milk of human kindness toward them weren’t permitted to exhibit itself, you couldn’t be a true Southern man at heart.”

John C. Calhoun: A Statesman for the 21st Century 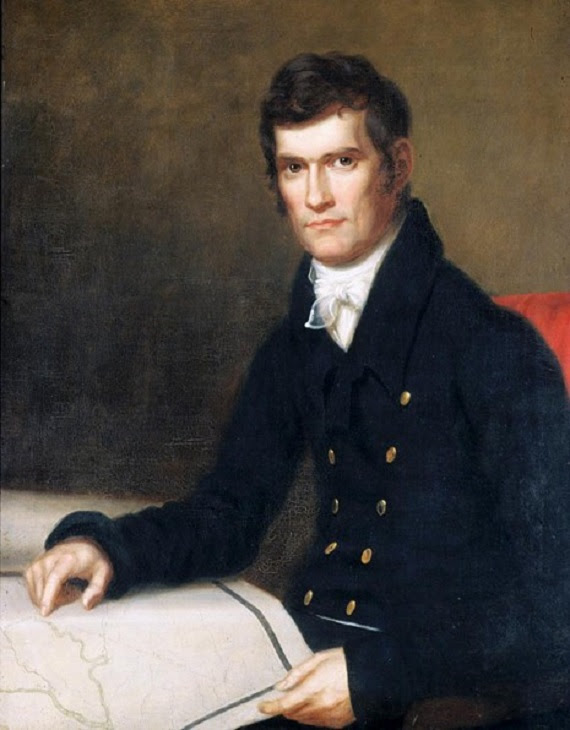 Your ordinary run-of-the mill historian will tell you that John C. Calhoun, having defended the bad and lost causes of state rights and slavery, deserves to rest forever in the dustbin of history. Nothing could be further from the truth. No American public figure after the generation of the Founding Fathers has more to say to later times than Calhoun.

This is because he was a statesman—that is, he was a thinker of permanent interest as well as an actor on the political stage. Calhoun himself often drew attention to the difference between a statesman and a politician. A statesman takes a long view of the future welfare of his people and says what he believes to be true, even if the citizens prefer not to hear it. A politician says what he thinks will make him popular and not offend the voters and the media. His span of attention is short-term: the next poll and the next suitcase full of cash.


More @ The Abbeville Institute
Posted by Brock Townsend at Sunday, March 18, 2018 No comments:

Law Professor: McCabe May Have Incriminated Comey In Statement 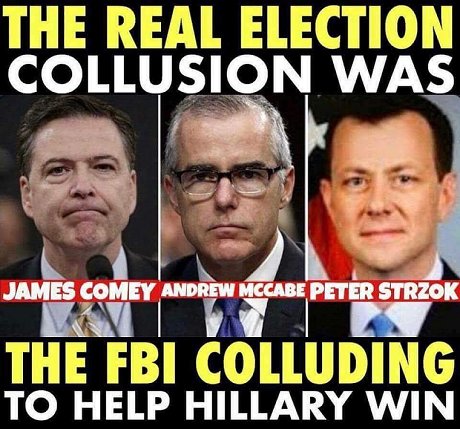 Following his termination late Friday night, former FBI deputy director Andrew McCabe declared that he was “singled out” after “unrelenting” attacks by President Trump and critics. McCabe’s objections are less than credible, given the virtually unprecedented recommendation of career officials to fire the one-time acting FBI director.

However, McCabe may have rectified his “singled out” status with his long statement criticizing his termination: In the middle of it is a line that could be viewed as incriminating fired FBI director James Comey, not just in leaking sensitive information but also in lying to Congress.

South Korean diplomat says Kim has 'given his word' on nukes

South Korea's foreign minister says North Korea's leader has "given his word" he's committed to denuclearization, a prime condition for a potential summit with President Donald Trump in May.

Trump has agreed to what would be historic talks after South Korean officials relayed that Kim Jong Un was committed to ridding the Korean Peninsula of nuclear weapons and was willing to halt nuclear and missile tests.

North Korea hasn't publicly confirmed the summit plans, and a meeting place isn't known.
South Korea's Kang Kyung-wha says Seoul has asked the North "to indicate in clear terms the commitment to denuclearization" and she says Kim's "conveyed that commitment."

She tells CBS' "Face the Nation" that "he's given his word" and it's "the first time that the words came directly" from the North's leader.
Posted by Brock Townsend at Sunday, March 18, 2018 No comments:

Some school counselors and officials were so concerned about the mental stability of Nikolas Cruz, accused in last month’s Florida school massacre, that they decided to have him forcibly committed more than a year before the shooting.

However, the recommendation was never acted upon. 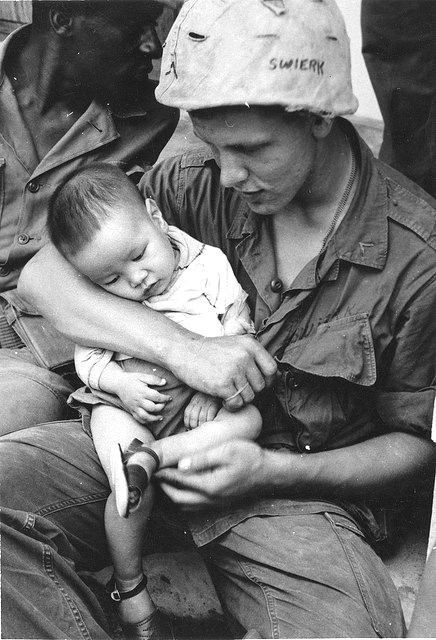 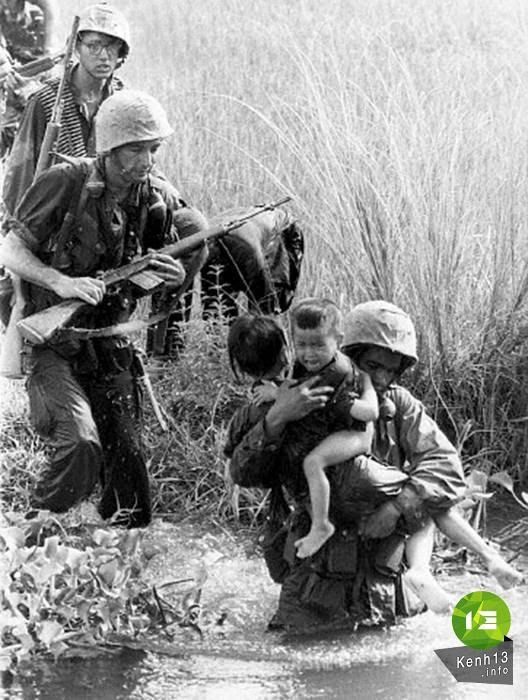 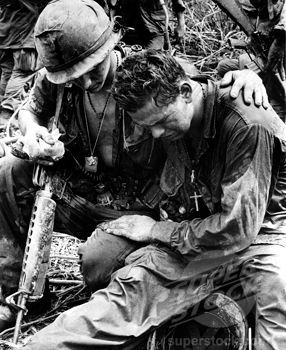 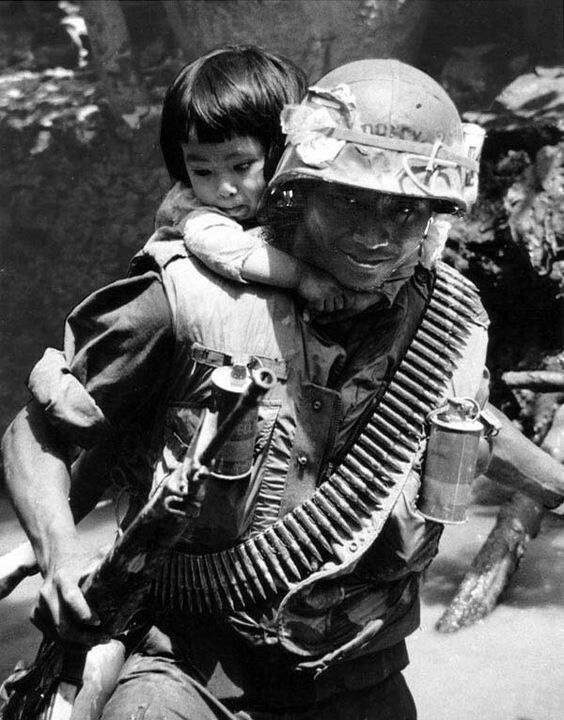 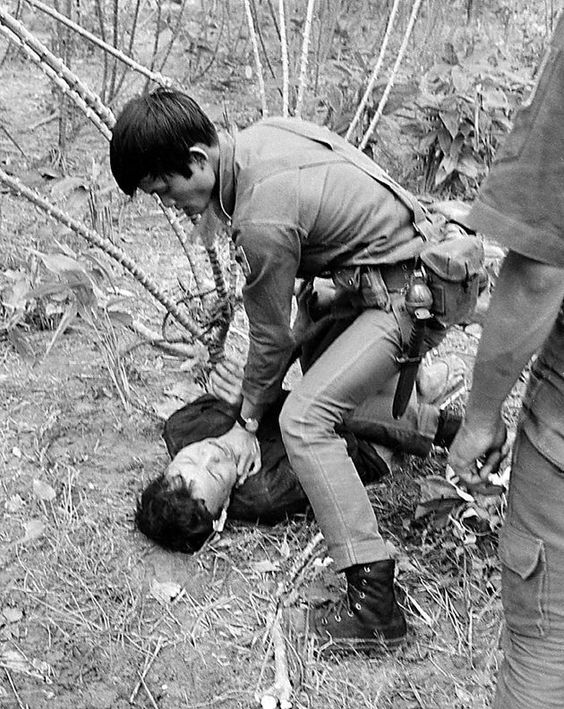 A South Vietnamese soldier chokes a Viet Cong suspect during an interrogation about the disappearance of French journalist Michele Ray, at Ngoc An village, Jan. 22, 1967. Ray was released by the Viet Cong about two weeks later. 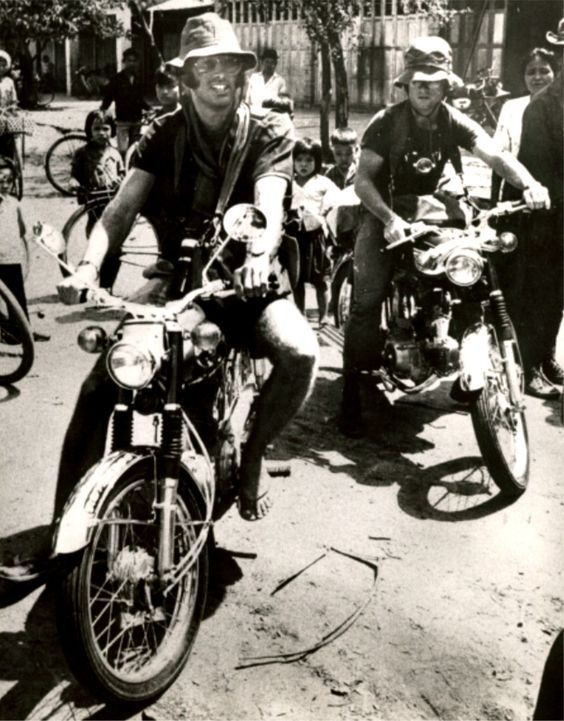 Sean Flynn (left) and Dana Stone, less than two hours before they were captured. Sean and Dana were having bantering mock-argument in front of other newsmen about what they should do. "Flynn just wants me to go up there and get caught," Dana said. "After two years in Vietnam I'm not about to get zapped here." 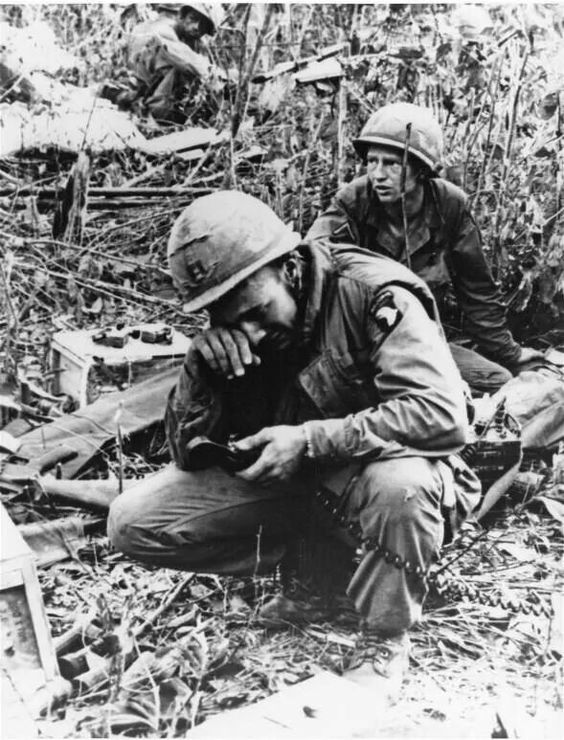 "Photo of Capt. Paul "Buddy" Bucha USMA Class of 1965 who was awarded the Congressional Medal of Honor for his actions during the hostile encounter shown in this photo"
Posted by Brock Townsend at Sunday, March 18, 2018 2 comments:

Retired FBI supervisory special agent: American public shall know that no one in the FBI is above the law

Via Comment by Papa on How Sweet It Is: Former FBI Deputy Director Andrew... 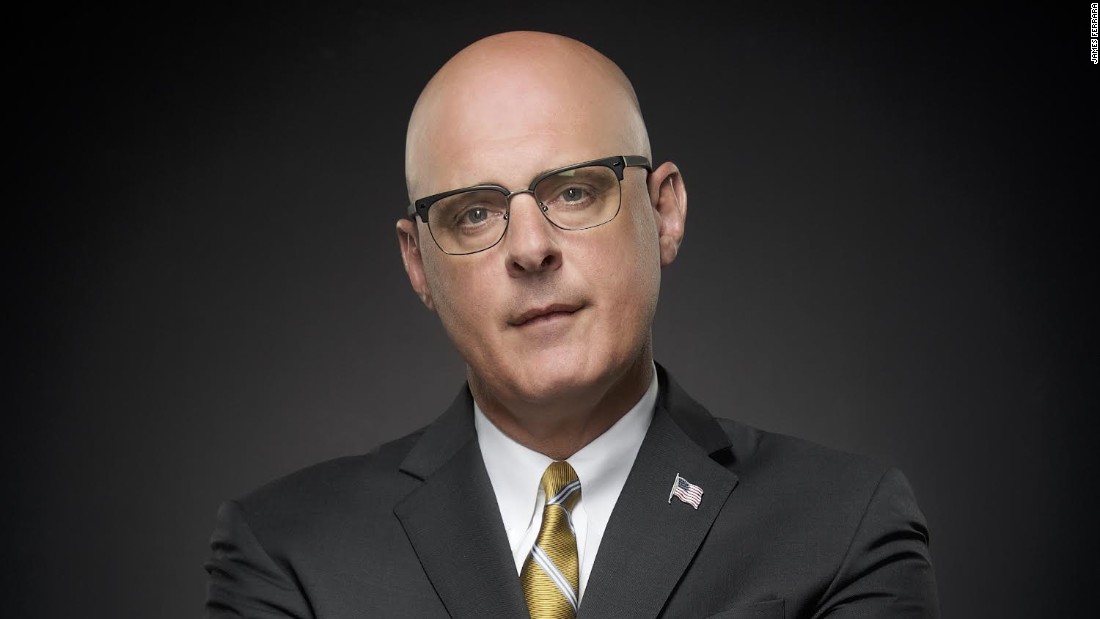 As the news arrived Friday night that former FBI Deputy Director Andrew McCabe had been fired by Attorney General Jeff Sessions, I felt a visceral numbness. The announcement had certainly been anticipated. Nonetheless, the expected blow still stunned the senses.

I have known Andy since he was a young SWAT operator on the FBI's New York Office SWAT team that I led as senior team leader. No matter my opinions on some of his actions as deputy director, this humiliatingly drawn-out public flogging had happened to "one of us."

Former assistant FBI director: High-ranking people throughout the government had a plot to protect Hillary Clinton from being indicted 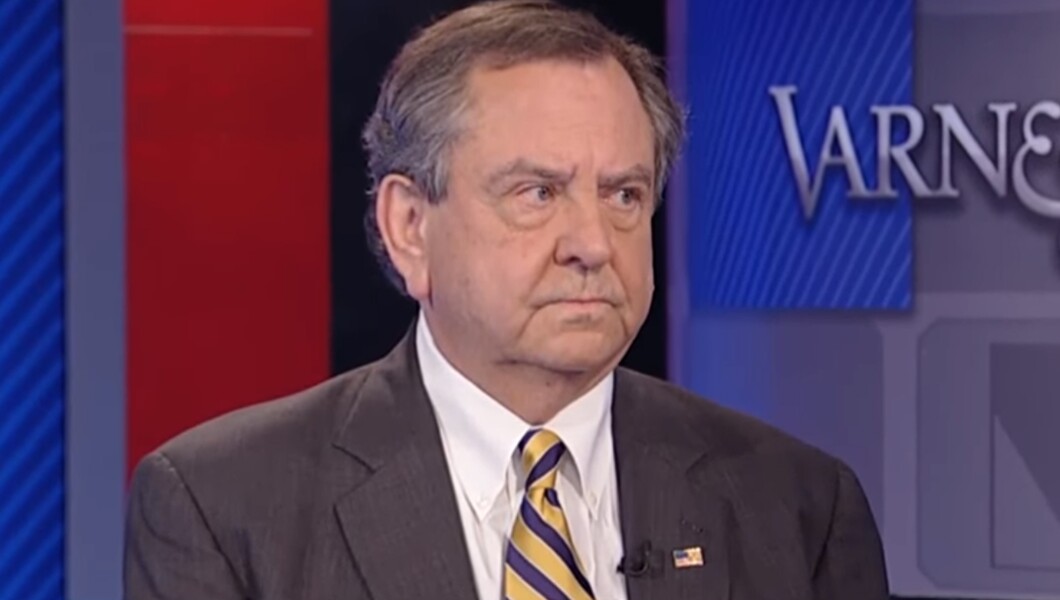 Former assistant FBI director James Kallstrom also said officials had a scheme to blame Trump for the Russian interference during the 2016 election.

Former assistant FBI director James Kallstrom suggested Sunday morning that the constant shifting of high-ranking government officials over the last year is related to an internal plot to help Hillary Clinton during the 2016 presidential election.

"I think we have ample facts revealed to us during this last year and a half that high-ranking people throughout government, not just the FBI, high-ranking people had a plot to not have Hillary Clinton, you know, indicted," Kallstrom said on Fox News' "Sunday Morning Futures With Maria Bartiromo." 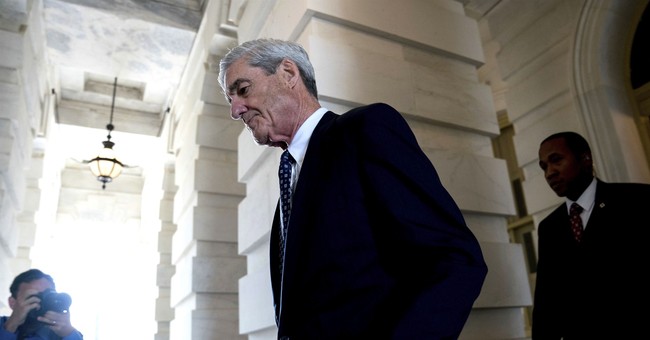 .......It involved Russians, a British ex-spy, law firms, FBI agents, DOJ attorneys, an FBI director that prejudged evidence, an Attorney General that had an unethical meeting with the spouse of a target, FISA warrants obtained on faulty information that stemmed from political sources, a Deputy Director whose wife received monetary support in an election, an FBI director who lied to Congress, an FBI Deputy Director who lied to the Justice Department’s Inspector General, loads of classified materials that were mishandled and criminally passed to those without clearances, and partisan hacks spearheading inquiries aiming for political outcomes. The scope of this collusion is overwhelming, the attempts are a damning indictment of political operatives that have lost all integrity, and sadly an administration, a major political party, and agents of a deep state that attempted in a wide sweeping number of ways to undo an election that they lost."


The Coming Collusion Bloodbath
Posted by Brock Townsend at Sunday, March 18, 2018 No comments: