The Tet Offensive was a series of battles in the Vietnam War. It was a major offensive by the North Vietnamese Army (NVA) and Viet Cong (VC or NLF) beginning on the night of January 30-31, 1968, T?t Nguyên Ðán (the lunar new year day). It involved military action in almost every major city in southern Vietnam and attacks on the US firebase at Khe Sanh. The NVA suffered a heavy military defeat but scored a priceless propaganda victory.

The Communist forces had taken a series of military defeats. the US/ARVN forces had pacified much of the south by the end of 1967 (222 out of 242 provinces). Operation Junction City (February-March 1967) and other sweeps had seriously disrupted NLF activity in the south and forced the COSVN into Cambodia.

At a July 1967 meeting the Communist Party leadership recognised their failures and decided to re-orientate their operations to target two key political weaknesses. Firstly, the deep gulf between the US public and the US government over support for the war and its actual progress.

Donald Trump Refuses to Back Down on Tariffs Until NAFTA Renegotiation

“NAFTA, which is under renegotiation right now, has been a bad deal for U.S.A.,” Trump wrote. “Massive relocation of companies & jobs. Tariffs on Steel and Aluminum will only come off if new & fair NAFTA agreement is signed.”

Reuters reports that representatives from Canada and Mexico will meet on Monday to discuss NAFTA as both countries seek a waiver from Trump’s proposed tariffs.

Trump specifically called out Mexico and Canada for their failures to address problems for the United States.

“Canada must treat our farmers much better. Highly restrictive,” he wrote on Twitter. “Mexico must do much more on stopping drugs from pouring into the U.S. They have not done what needs to be done. Millions of people addicted and dying.”

On Sunday, Trump said that the United States was on the “losing side” of trade deals.

“Our Steel and Aluminum industries are dead,” he wrote. “Sorry, it’s time for a change! MAKE AMERICA GREAT AGAIN!”

One year into President Donald Trump’s policy of “American energy dominance,” the International Energy Agency said Monday that the United States will dominate the global oil markets for the foreseeable future thanks to the shale oil boom.

IEA Executive Director Fatih Birol said in a report released on Monday, “The U.S. is set to put its stamp on global oil markets for the next five years.”

The rising demand for oil has “unleashed a new wave of growth from the U.S.,” according to the IEA.

The IEA argued in its report that American production will cover more than half of the world’s oil demand growth to 2023.

During his presidential campaign, then candidate-Donald Trump called for a policy of “American energy dominance,” which called for repealing onerous energy regulations and opening up federal lands to oil exploration.

President Trump signed the Tax Cuts and Jobs Act in December, which opened up sections of the Arctic National Wildlife Refuge (ANWR) to oil and natural exploration and drilling.

Secretary of the Interior Ryan Zinke also argued at CPAC that his agency is “just getting started” in creating a regulatory framework that will grant access to America’s abundant energy sources.

“We are producing today about 10.3 million barrels a day in this country, and for the first time in 60 years, we’re a net exporter of liquid natural gas,” Zinke said.

“[Trump] said, ‘Energy dominance,’ and that’s what we’re delivering to America and the world.”
Posted by Brock Townsend at Monday, March 05, 2018 No comments: 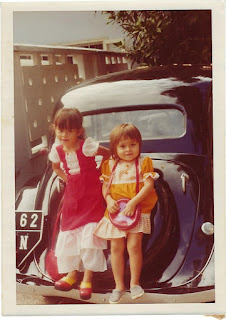 Getting ready to be picked up for a private English school with Co and Bob's son Chris.

The End Of A Republic (My Citroen) 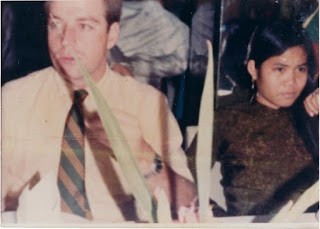 With Thuy at some restaurant.  I still have the tie. :) 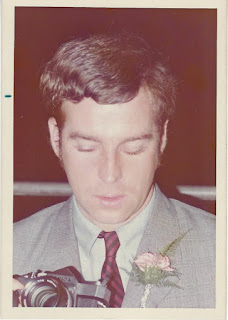 My wedding party on the My Canh.
Their earthen bowl with brown rice and goodies was my favorite.
My Canh Restaurant Bombing
Posted by Brock Townsend at Monday, March 05, 2018 2 comments:

After days of emotional debate, the Florida Senate approved a school safety plan 20-18. The proposal to arm teachers goes to the House for debate later this week.

The measure puts new restrictions on rifle sales and allows some teachers to carry guns.
Few, if any, senators were completely happy with the legislation that’s a response to the Feb. 14 school shootings in Parkland that left 17 people dead. Many Republicans don’t like the idea of raising the minimum age to buy rifles from 18 to 21 or creating a waiting period to purchase the weapons.

Many Democrats think the bill didn’t go far enough because it doesn’t include a ban on assault-style rifles or large-capacity magazines.

The number of crimes reported on the University of Kansas campus went down notably from 2016 to 2017, university police announced Friday.

Overall, crime decreased 13 percent, with 671 criminal offenses reported to KU police in 2017 compared to 770 incidents in 2016, according to a news release from the KU Office of Public Safety.

Notably, with lawful concealed carry of handguns being allowed on campus for the first time beginning July 1, 2017, KU police tallied zero criminal weapons violations in 2017, according to crime statistics provided by police.

Prior to 2017, campus police have recorded a total of 14 weapons violations since 2008, according to the statistics.

A New Jersey high school teacher has been suspended from his job for expressing support for arming teachers after the Parkland school shooting.

Cherry Hill High School history teacher Timothy Locke, 59, said he was placed on administrative leave last week because he spoke out in one of his classes about arming teachers and ramping up school security to try and prevent a school shooting.

Locke allegedly said that a similar shooting could happen at Cherry Hill and he would put himself between the gunman and the students.