—on the cover of The Fugitive Poets: Modern Southern Poetry in Perspective

in honor of Clyde Wilson

The cover holds us from the poems within,
This young Confederate Davis captured here,
A private guarding gates at two removes,
This painting of a statue of a man.

Yet all we see is something like a bust
And so we must imagine in his hand
A loaded musket, sharpened bayonet,
His hard feet planted firm on rocky ground.

The granite head and kepi, Rebel gray,
Targets of war and weather, pitted, flecked,
Stand out against a background without cloud,
A sky, cerulean, not Yankee, blue.

A crack through cap and temple, cheek and jaw,
Has scarred his face, making it seem a mask
That might be chiseled off to get inside
At sins his countenance must surely hide.

Three climbing vines bring flowers from the earth,
The blood-red petals circling dusty gold,
With lance-tip leaves, to nestle and caress
This man of stone to whom they try to cling.

The soldier stares far off yet deep within,
Haunted by all that cannot be undone,
Still resolute and stoic, sternly calm,
Unconquered by defeat, or victory.

Home to what little pillage, arson left,
Ashes of barn and farmhouse, slaughtered stock,
And Reconstruction that went on and on
For one who owned no mansion and no slave.

In time his history became our myth
With Butcher Grant and Lee the Cavalier,
The Lost Cause, General Order No. 9
We knew by heart, our Gettysburg Address.

And we erected statues in the squares
And gave our streets and children heroes’ names,
Preserving what was best in what they were,
An “Other” that modernity abhors.

And those same years we bore, alone, apart
The consequences of a world we shared,
The northern slave ships bound for Africa
With rum that built those great Rhode Island homes.

And now iconoclasts deface, destroy
Whatever threatens them, complexities
They could not stand to find inside themselves,
New Puritans whose world is black and white.

All this is there in that young Rebel face
Paul Davis painted—steadfast, fugitive—
With memories of a past the future holds,
The War that never seems to have an end.

And in this book his granite statue guards
Are poems redoubtable, in well-plowed rows,
Ransom and Warren, Davidson and Tate,
A new New South much older than the Old.

And in those poems, and others of their kind,
Beyond destruction, lies a pastoral land
Where black and white might blend in weathered gray
When gates unlatch and flowering vines entwine,

The clinging green, red, gold, cerulean blue
All heralding a realm not far behind
This painting of a statue of a man.
We know, without the saying, where it is.
Posted by Brock Townsend at Friday, December 08, 2017 No comments:

Serial no. 38667 [barrel, frame, triggerguard, cylinder and butt], .36 caliber, 7 1/2-inch octagonal barrel with fixed front bead sight. Blued finish. Etched cylinder scene. Brass triggerguard. Oil-finished walnut grip. Backstrap engraved: COL. ROBERT M. POWELL 15TH TEXAS V.P. / FROM HIS FELLOW OFFICERS. Manufactured in 1854. Heritage has described the gun as is, and it has not been authenticated as being his actual weapon, gun is worth researching further.

Note: Robert Micajah Powell was a confederate officer, who first served as captain of Company D of the Fifth Texas Infantry during the Civil War.

The other thing I like about these guns is that some of them are chambered for the .357 Magnum cartridge. Though shooting .357s from a snubnose is neither required nor for the faint of heart — .38 Special +P is certainly adequate — it is fun. For about 10 to 15 rounds. (Stings your hand with max loads)


Every now and again, someone in my immediate proximity finds out I write about guns. About half a second after that discovery, a question or two surfaces. Sometimes more, some good, some zany.

I’m glad to answer the questions, but I’m also quick to explain that there’s a lot I don’t know, that what works for me might not work for others, be sure to get formal training, etc. Still, I’ve had the privilege to shoot a bit and over the years have discovered some trends in the questions as well as the answers. So, here are the top five handguns I’ve recommended and the questions that usually precede them.


1. What do you think is the best all-around handgun?

Remington is now shipping their newest double-stack 1911 chambered for 9mm Luger and .45 ACP.

This competition-oriented pistol has an impressive capacity and a ton of features to boot. That’s not all, as the company is releasing a whole new series of 870-pattern shotguns that also feed from detachable box magazines.

The new 1911 is their third full-size and fourth double-stack 1911. Designated the R1 Limited Double Stack, the pistol is race-ready out of the box with its 5-inch ramped, match barrel, LPA-type fully-adjustable rear target sights, fiber-optic front sight and oversize controls and cocking serrations.

Chambered for 9mm the pistol has a standard magazine capacity of 19+1 and a still impressive 16+1 in .45 ACP. Remington also offers the R1 Limited in single-stack configurations with all of the same features.

It's been 10 months since Washington learned that former British spy Christopher Steele, author of the so-called "Trump dossier," took the Hillary Clinton-funded opposition research document to the FBI, which considered sponsoring the anti-Trump work at the height of the 2016 presidential campaign. Now, congressional investigators have made what is perhaps an even more consequential discovery: Knowledge of the dossier project, during the campaign, extended into the highest levels of the Obama Justice Department.

The department's Bruce Ohr, a career official, served as associate deputy attorney general at the time of the campaign. That placed him just below the deputy attorney general, Sally Yates, who ran the day-to-day operations of the department. In 2016, Ohr's office was just steps away from Yates, who was later fired for defying President Trump's initial travel ban executive order and still later became a prominent anti-Trump voice upon leaving the Justice Department.

If you are a violent communist criminal who screams at those with whom you disagree, calling them Nazis and beating them bloody, setting cars and buildings on fire, throwing urine and feces at people, throwing bricks and bottles at the police, and instigating riots then there could be nothing but purity and love in your heart according to the Soviet Poverty Lie Center (SPLC), which has refused to label “Antifa” as one of its “hate groups.”  The Singing Nuns are on its list, however, as is almost every conservative and libertarian organization in America.  The American Enterprise Institute was condemned by the SPLC for “mainstreaming hate” by sponsoring a public debate on immigration policy, a topic Americans have been debating since the Louisiana Purchase.  It was the SPLC, under contract with the Department of Fatherland Security, that advised during the Obama administration that anyone with a “Ron Paul for President’ bumper sticker should be considered to be a potential terrorist.  If Antifa is not a hate group, then there is no such thing as a hate group.
Posted by Brock Townsend at Friday, December 08, 2017 No comments:

Rep. Steve King: 'Diversity is not our strength'

Rep. Steve King (R-Iowa) said that diversity is no America's strength in a pair of tweets Friday.

King linked to an article by the Voice of Europe Friday that quoted Hungarian Prime Minister Viktor Orban saying that cultures shouldn’t be mixed, arguing that it’s “against common sense.”

King tweeted the story with the message, “Diversity is not our strength.”

“Assimilation has become a dirty word to the multiculturalist Left. Assimilation, not diversity, is our American strength,” he tweeted.

Posted by Brock Townsend at Friday, December 08, 2017 No comments:

Who were your ancestors? What is your ethnic background composed of? Sites like Ancestry.com and 23andme have always been some go to sources in answering all of your toughest questions. But how accurate are they? In a recent interview with Cracked, one of the major ancestry testing companies, (which specific company is unknown) spilled the beans on what really happens when you purchase an ancestry kit. While I can’t say I’m surprised, you may be shocked to learn that these ancestry sites aren’t always as accurate as they claim to be. Beyond this, they’ve also admitted to tampering with the result to “screw with racists”.

"Puff the Magic Dragon (or Spooky) was a sight to behold. Our compound was on the river, and the first time I heard Puff I thought it was a fog horn. The AC-47 plane had three miniguns on the pilot's side of the plane, and as he banked into a circle, he had a special sight to be able to acquire targets (the guns were in a fixed position). I think every fifth round was a tracer, but it was a solid red line. I came across these adapted lyrics but the origin is unknown. --In-Country


It came to be during one of these night missions to protect a hamlet on the Mekong Delta in early 1965, another witness to its power, a Stars and Stripes reporter watched in awe and wrote how the stream of tracers reminded him of a dragon’s breath. After reading the story, the commanding officer of the wing said, “Well I’ll be damned, Puff the Magic Dragon”, referencing a children’s song made popular by the folk group Peter, Paul and Mary.

That was all it took, forever more, the solitary AC-47 and those that joined it later, carried the call sign ‘Puff’. Even the Vietcong got in on the action, believing that the monster was real, and that shooting at it would only make it angry. It did."
Posted by Brock Townsend at Friday, December 08, 2017 10 comments:

Via comment by bogsidebunny on Trump’s DOJ Officially Steps In to Finally Bring J... 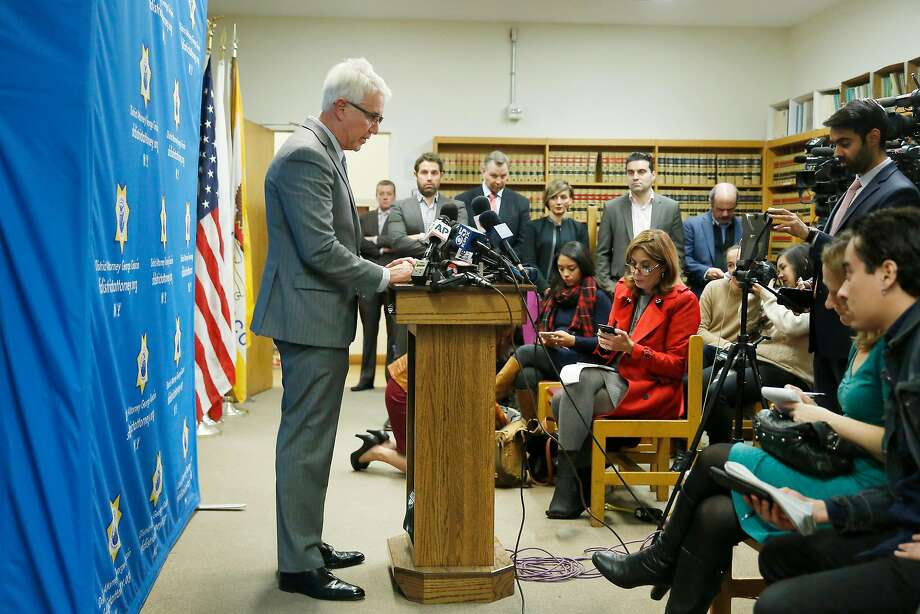 San Francisco District Attorney George Gascón said Tuesday that a jury’s acquittal of a homeless undocumented immigrant on murder and manslaughter charges in the killing of Kate Steinle was “hard to receive,” but that he respects the decision.

Compounding his frustration with the not guilty verdicts, he said, has been the reaction by conservative pundits and President Trump, who have turned the case against Jose Ines Garcia Zarate into a “political football” while pushing an anti-immigration agenda.

“Those who are using this for political benefits, to attack San Francisco and San Francisco values, I only say that this is an incredible city,” Gascón said at a news conference. “I stand for what this city stands for.” (Which is exactly what......?)

One of the women who accused Alabama Senate candidate Roy Moore of making advances on her when she was a teen and he a local prosecutor admitted Friday to writing part of the yearbook inscription she offered as proof, a new crack in her story that gives Moore an opening to attack her credibility.