There Was A Giant Mass Shooting NOBODY’S Talking About, Care To Guess Why?

For the past week, the media has obsessed over the shooting in Colorado Springs near a Planned Parenthood, and while our attention was drawn to that, another mass shooting occurred. The victim count was huge, but nobody seems to be talking about it, and it’s not hard to see why.

Some may have heard about the shooting that occurred in Louisiana last week, when gunmen opened fire at a park with some 300 people in it and injured 17 people, but for the most part, there’s been silence from the media about it. According to the New Orleans Advocate, the Bunny Park shooting was an act of “domestic terrorism,” Mayor Mitch Landrieu said, and it was committed in cold-blood by several gunmen, one of which has been apprehended, but there’s several reasons the media may be ignoring it.


Isn’t it just wonderful that the FBI can’t even secure a terrorist crime scene in Redlands from the ghouls at MSNBC? Watch the following video of MSNBC as they paw their way throw crime scene evidence in the Muslim terrorist’s Redlands apartment. NBC should lose their broadcasting license over this. They even showed pictures of people and driver’s licenses of unidentified people who may or may not be part of the terrorist jihad. WTF? 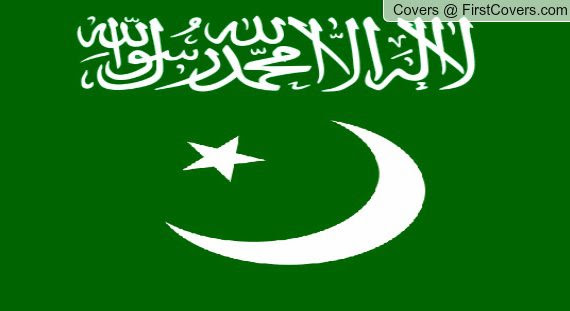 Jamaat-e-Islami is a radical Islamic political organisation founded in 1941 in British India by Islamist theologian and socio-political philosopher, Abul Ala Maududi.

Jamaat-e-Islami is essentially a branch of the Muslim Brotherhood. Both are Islamist groups with a history of support for terrorism and who intend to use electoral means to implement Sharia governance.

Syed Farook’s sister received a certificate of appreciation from The Islamic Circle of North America Sister’s Wing – the US branch of Jamaat-e-Islami.


More @ The Gateway Pundit
Posted by Brock Townsend at Friday, December 04, 2015 No comments: Links to this post

Via comment by Quartermain on Muslim leader from CAIR tells CNN America bears so... 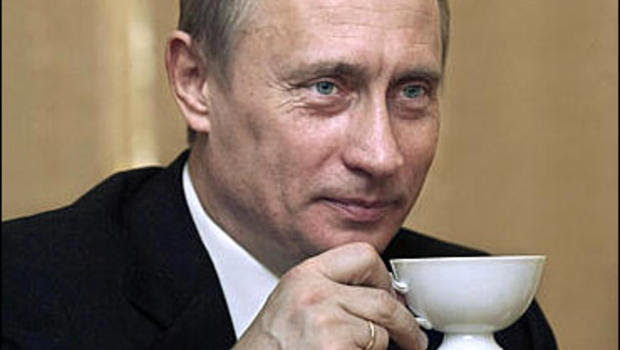 I’ll say it straight out: Russia’s Vladimir Putin is the only one fighting a Just War in the Middle East right now. The United States, Great Britain, Saudi Arabia, Turkey, and Israel are fighting ongoing wars of aggression and are committing egregious acts of terrorism--and as such their leaders should be regarded as international criminals.

Indeed, Putin is demonstrating remarkable calm and patience. A lesser leader with hundreds of ICBMs at his disposal would have already taken the world into war. The U.S. and NATO have been doing everything they can to push Putin into war, but Putin is as cool as a cucumber. Putin’s cool head is almost superhuman. But anyone who thinks Putin is a pushover is a fool. Rightly did one Democrat congresswoman warn that Obama’s reckless military actions in the Middle East could lead to nuclear war with Russia.

With the departure of Ron Paul from Congress, it could be argued that America has no statesman left in Washington, D.C. It appears that the only national leader who currently fills that bill is Vladimir Putin.


More @ Chuck Baldwin
Posted by Brock Townsend at Friday, December 04, 2015 No comments: Links to this post 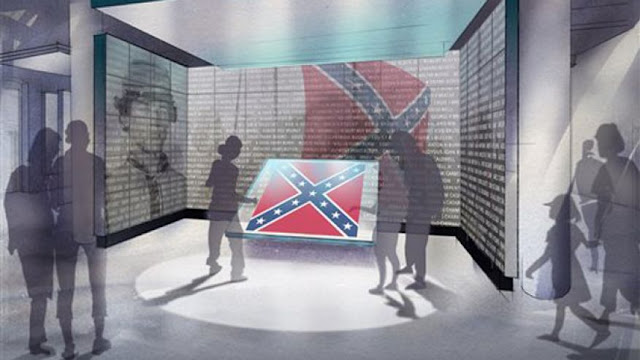 Taxpayers might be shelling out more than $5 million for a new Confederate flag display at a museum.

A proposal given initial approval Thursday would renovate the state’s Confederate Relic Room and Military Museum, adding an entirely new second-floor room that would display dozens of other Confederate flags, uniforms and other memorabilia that currently sits in storage.

The jewel of the new wing would be a glass case with the Confederate flag last seen as a team of state troopers pulled it down at a ceremony in July. The Legislature agreed to remove the rebel banner less than a month after nine churchgoers in Charleston were killed in what police said was a racially motivated attack. A Confederate flag had flown at South Carolina’s capitol for 50 years.


More @ The Augusta Chronicle
Posted by Brock Townsend at Friday, December 04, 2015 6 comments: Links to this post

America bears some of the blame for the bloody wave of Islamic extremism that has brought terrorism to San Bernardino, Paris and locations around the world, according to a spokesman for the Council on American-Islamic Relations.

In a Friday CNN interview, Hussam Ayloush, of the group's Los Angeles chapter, said American foreign policy has helped fuel the rage that drives Muslim radicals to kill in the name of their faith. 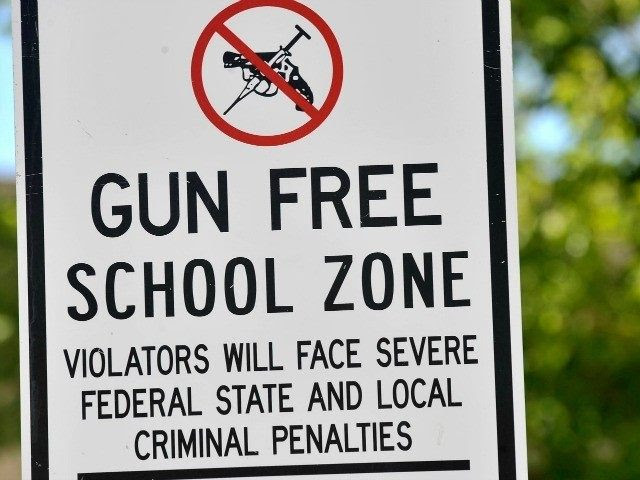 On December 3, The Washington Post reported that gun crime has been on the decline for about 20 years, except for high-profile shootings in gun-free zones; WaPo claims those shootings are on the increase. 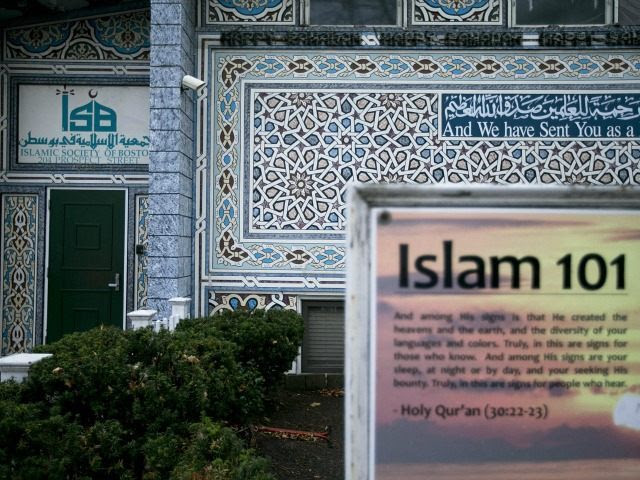 On Friday’s Breitbart News Daily (6AM-9AM EST) on Sirius XM Patriot channel 125, former FBI counter-terrorism Special Agent John Guandolo argued that the “vast majority” of the 2,200 Islamic organizations, centers, and mosques in the United States are a part of a broader “Jihadi network” intent on imposing Sharia Law in America.

Guandolo told host and Breitbart News Executive Chairman Stephen K. Bannon that the San Bernardino terrorist, the UC Merced stabber, the Chattanooga shooter, and the Boston Bombers can all be traced back to such Islamic Centers where “they were supported and trained.”

Jihadi killers scrupulously concealed their views, plans and a cache of weapons and explosives.

Syed Farook and his wife Tashfeen Malik destroyed all of their digital footprints one day before their planned terrorist attack.

The Islamist couple met with Al-Qaeda in Saudi Arabia.

Posted by Brock Townsend at Friday, December 04, 2015 2 comments: Links to this post

Want an early Python? Crack open that piggy bank and get an estimate on your budget. It may sell for more than $9.5K.

Looking for a fun way to kill some time this weekend? If it is too cold where you are to go outside and shoot, I’d suggest you tune in to the live-stream of Rock Island Auction’s Premiere Firearms Auction. These shindigs are epic. And they’re entertaining to watch, even if you aren’t buying.

But, now that I’ve mentioned it, I’d highly consider buying. Rock Island’s auctions always feature some of the most collectible guns on the market. If you are collector, the Premiere Auction is an event. But there are always deals to be had for the rest of us.

Check out some of these guns…. The Savage is a once-in-a-lifetime for some incredibly affluent collector.


More @ Guns America
Posted by Brock Townsend at Friday, December 04, 2015 No comments: Links to this post 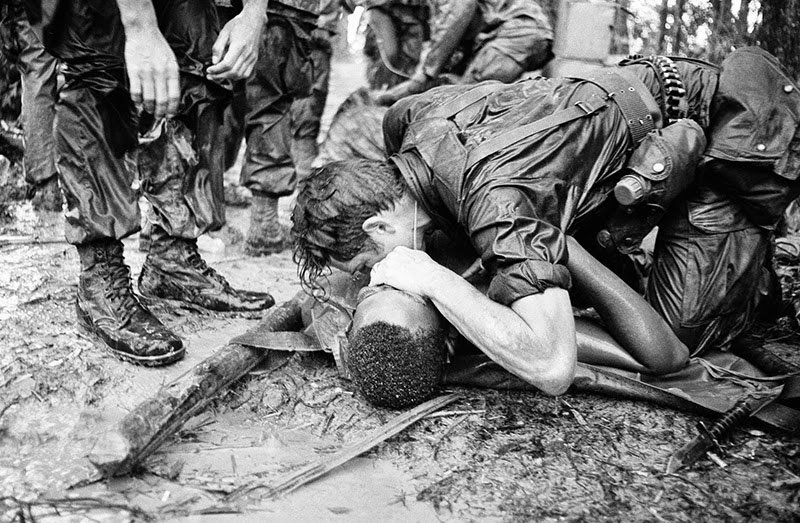 A trooper of the 101st Airborne Division attempts to save the life of a buddy at Dong Ap Bia Mountain, near South Vietnam’s A Shau Valley on May 19, 1969. The man was seriously wounded in the last of repeated attempts by U.S. forces to capture enemy positions there. (Van Es/AP) 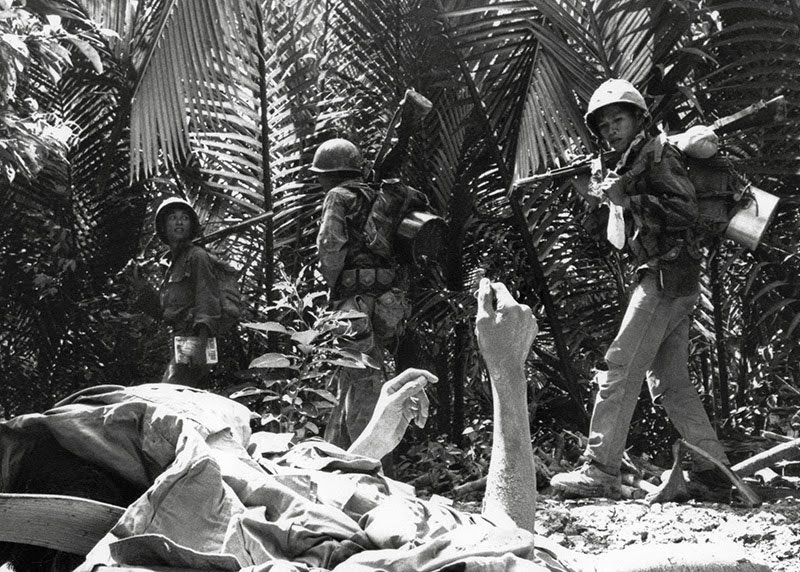 Partially covered, a dying Viet Cong guerrilla raises his hands as South Vietnamese Marines search palm groves near Long Binh in the Mekong Delta, on February 27, 1964. The guerrilla died in a foxhole following a battle between a battalion of South Vietnamese Marines and a unit of Viet Cong. (Horst Faas/AP)
Posted by Brock Townsend at Friday, December 04, 2015 2 comments: Links to this post 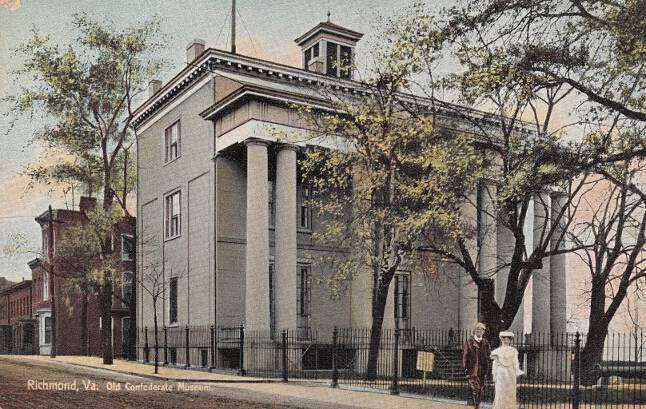 Back when the world was sane.

To-day commemorates the thirty-fifth anniversary of the inauguration of the last rebel President and the birthday of the first. It commemorates an epoch in the grandest struggle for liberty and right that has ever been made by man. It celebrates the baptism of a new nation born thirty-five years ago to-day. And this commemoration is in the capital city of the Old Dominion and of the Confederacy.

More than a generation after the utter failure of the attempt, it is by the statesmen of Virginia, by her public authorities, by the government of the city of Richmond, who honor themselves in honoring this occasion, and by the free sentiment of this great and noble people.

There is nothing like it in history. No Greek general, no Roman consul, was ever welcomed with a triumph after a defeat. Nowhere, at no time, has a defeated side ever been so honored or the unsuccessful apotheosized.

A success in A sense.


More @ The Abbeville Institute
Posted by Brock Townsend at Friday, December 04, 2015 8 comments: Links to this post