The repeal of Obamacare's individual mandate penalties in the tax bill has lowered the projection for how much the government will spend on medical coverage for children, according to a government report released Friday.

The Congressional Budget Office and the Joint Committee on Taxation predict that the repeal of the penalties for the individual mandate, which required people to buy health insurance or pay a fine, will lower the cost of the Children's Health Insurance Program, or CHIP. The agencies project in their report that without the mandate fewer parents will sign their children up for CHIP than otherwise would have if it had remained in place.

As I observed in both of my prior essays, Climate Change: Why I No Longer Believe. . . and Revisiting “Climate Change”, no matter what information comes to light that threatens key assumptions, the conclusion that CO2 is the prime driver of everything being seen – whether hotter, colder, wetter, drier, stormier, or calmer – never wavers from its North Star. For example, things are often – even if only implicitly – presented as though, prior to industrialization, nothing ever changed. Yet the Anasazi were driven out of their homes by a 75-year drought. Absent rising CO2 levels, what caused that? After all, it’s not like there’s been any fluctuations in global temperature before industrialization, or even mankind’s emergence onto the planet (oh, wait…):

In an interview on CNN, Rohrabacher said that, by stepping aside from the investigation, Sessions gave tacit approval to Deputy Attorney General Rod Rosenstein to appoint a special prosecutor that would unfairly target Trump and others.

"The American people now are getting a taste of what people in Washington have known over this last year," he said. "And that is Jeff Sessions betrays the people who have had faith in him and faith in him to do his job and faith in him not to succumb to pressures from the outside, like from CNN and other news bureaus, to try to do their bidding."

"When he recused himself from this whole Russia thing, he knew he was setting in motion the establishment of a special prosecutor and a special prosecutor, as happens in Washington, we understand, is just giving unlimited power to someone to go after you," Rohrabacher added.

Two Republican senators are asking the Department of Justice to open a criminal investigation into Christopher Steele, the author of a controversial opposition research dossier on President Trump.

"I don’t take lightly making a referral for criminal investigation. But, as I would with any credible evidence of a crime unearthed in the course of our investigations, I feel obliged to pass that information along to the Justice Department for appropriate review,” Grassley said in a statement.

More @ The Hill
Posted by Brock Townsend at Friday, January 05, 2018 No comments:


Among the world’s most intelligent defenders of liberty are many men who were once liberals in their past. Ronald Reagan, Milton Friedman, and Thomas Sowell are just a few who come to mind, but just those three alone are a power house that isn’t easily trifled with.

Sowell’s story is an interesting one, as he was a Marxist even as he continued his graduate studies at the University of Chicago, a school where economics is a “full contact sport” (in Sowell’s words), and tends to have a rightward ideological bent. He was a student of Friedman (the 1976 Nobel Laureate in economics) while at the university, and even that wasn’t enough to change his mind.


More @ The Political Insider
Posted by Brock Townsend at Friday, January 05, 2018 No comments:

Via comment by Reborn on Quite Good. 4 Minutes: German Veteran Recalls WWII...

The Herman Jagtiger tank destroyer was the heaviest armored vehicle produced during World War II. It weighed 72 tons and had a 128 mm gun. It was powered by an engine originally intended for a Tiger I tank.

The engine, powerful as it was, was the Jagtiger’s weakness – it was too weak for this massive vehicle. It was assigned to only two units, the 653rd, and 512th Heavy Panzerjäger Battalion, and only 80 were built.

The 512th Battalion was formed at Dollersheim in February 1945, with 20 tank destroyers. By 1945, the Allies were invading Germany itself, both from the east and the west, and the Germans needed powerful weapons to resist the Allied tanks.

It fought at the Battle of Remagen in 1945 and fought successfully, though it took ten days to reach the front on account of communication breakdowns and plane attacks.

Posted by Brock Townsend at Friday, January 05, 2018 No comments:

Protest against installing the statue of Ho Chi Minh at Mimasaka, Japan

Via Do Lam Son 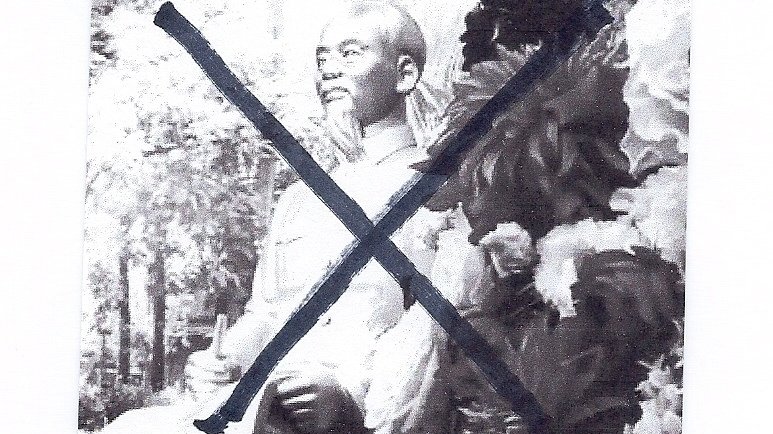 Information provided by the news media indicates that on November 21, 2017, the government of the City of Mimasaka accepted a statue of Ho Chi Minh presented by a member of the central committee of the Vietnamese Communist Party and has inaugurated a “Vietnam-Ho Chi Minh Space” at the museum of Mimasaka.

We respectfully implore the Mayor and the President of the City Council of Mimasaka, Japan to reconsider their recognition of Ho Chi Minh.