If there is no evidence then why are people getting more involved in this now?

Michael Gableman will be overseeing a review of the 2020 Presidential election according to reports. Gableman’s new post was announced by speaker Robin Vos at the state Republican convention in Wisconsin Dells.

This news comes amid audits across the nation.

To be clear Gableman has been for election integrity since day 1, but it seems like he is about to get more involved with efforts to expose the fraud which occurred.

Keep on eye on Wisconsin everybody.

Why does the Left Hate America?

Why does the Left hate America?

Sure, we have our faults, but no nation in the history of the world has liberated more people from captivity, has lifted more out of poverty, has bled more for freedom, or has blessed more w/ abundance. Facebook canceled the Abbeville Institute. I was notified on June 10 that the Abbeville Institute Facebook page had been unpublished due to “repeated community standards violations.” Our offenses? We used the image of the Confederate Battle Flag for one post in July 2020 which earned the Institute our first strike. A purely American image that had been the recognized symbol of the South for decades is now considered “hate speech” by our wise progressive overlords. Then, we published a critical article on the Ku Klux Klan in March 2020 titled, “A Skeleton in the Yankee Progressive Closet.”

To highlight the fact that the Klan typically avoided using Confederate symbols during the height of its influence in the 1920s, we selected the image below above, a cover for the sheet music of the tune, “We Are All Loyal Klansman,” published in 1923. This image can be easily found online and can even be purchased at a leading online image repository.

John Wayne: The Forgotten History of “The Duke”

Brock: "So we have yet another piece for you this month. This time about iconic American actor John Wayne. Wayne wasn't just the template for masculinity for an entire generation, he was also a staunch conservative and anti-Communist. Much of his work reflects his political views. As always, nothing makes us happier than seeing our work shared far and wide. Thanks! Sam Ammo.com 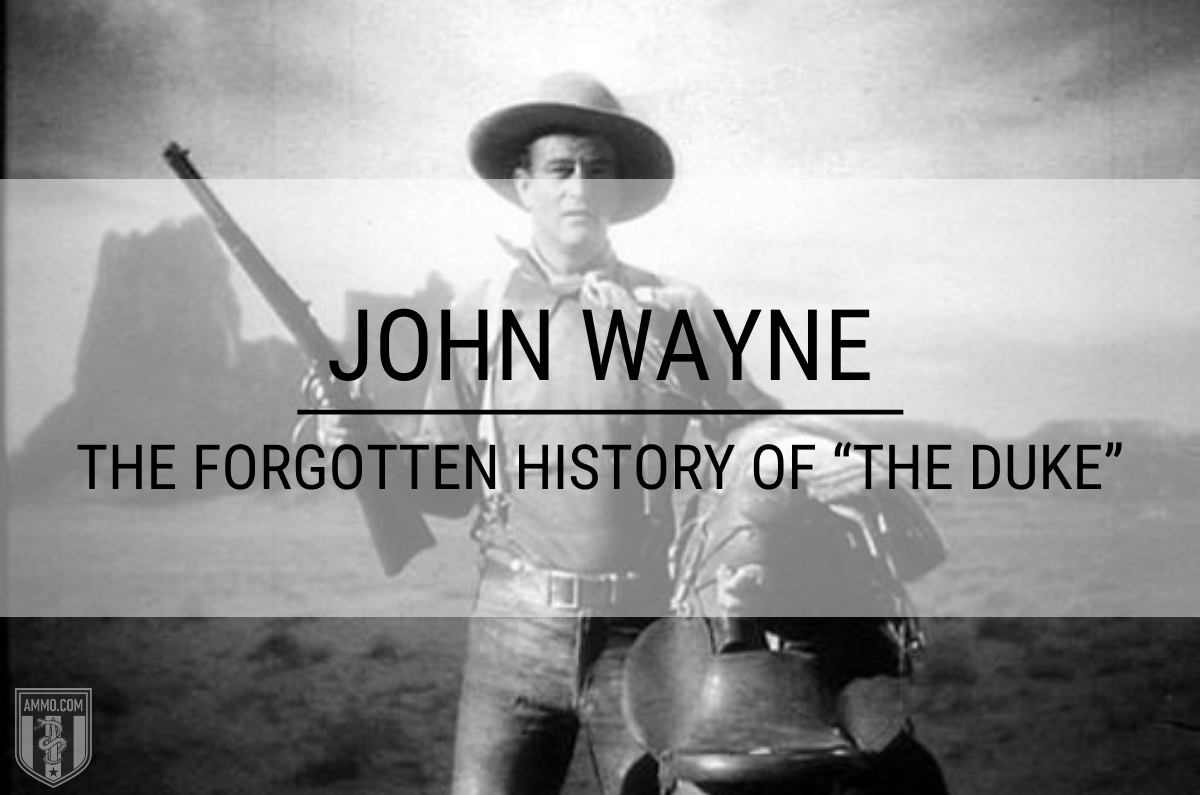 John Wayne is an American Hollywood icon every bit the equal of James Dean or Marilyn Monroe. He is also a man from another era, a man whose conservatism came as naturally as walking down the street. Affectionately known as “The Duke,” he spent three decades as a top box office draw with 179 film and television credits to his name

Before The Duke: Marion Robert Morrison

His story is as American as his values. Born Marion Robert Morrison in Iowa at a whopping 13 pounds, his family relocated to Southern California. His family first arrived in America from Ireland in 1799 and his grandfather was a Civil War veteran. His nickname was bestowed upon him in childhood (“Little Duke” at the time) by a milkman amused by the omnipresence of Wayne’s Airdale Terrier, Duke.

Wayne attended the University of Southern California where he studied pre-law and played football for the Trojans before a broken collarbone from a bodysurfing accident ended his college athletic career. Losing his athletic scholarship forced Wayne to drop out of school.

He was first hired by the legendary Western director, John Ford, and silent Western star, Tom Mix. It was Mix who then introduced him to Wyatt Earp, who Wayne credited with his on-screen mannerisms.

From the standpoint of my eighty one years' observations....... 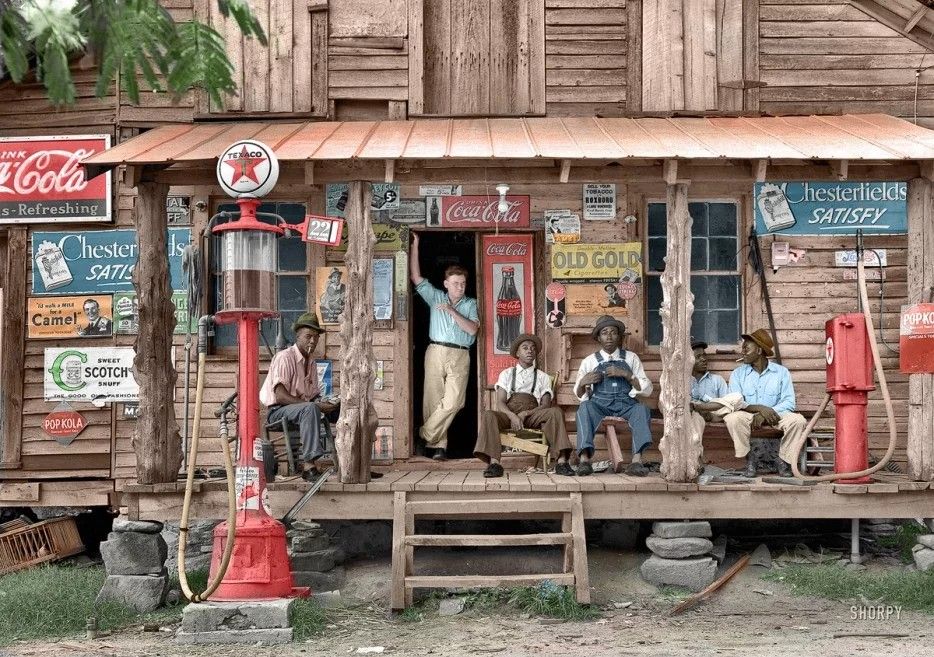 .......it is clear to me that birds hang with birds, fish with fish, dogs with dogs.  There's no crossbreeding between horses and cattle, birds and fish, snakes and lemons.  Allowed the natural course of things, Baptists associate with Baptists, Jews with Jews, Swedes with Swedes.  When the old folks arrived in this country, they tended to clump up according to ethnic lines.  My little hometown had an Italian section, a French section, and Irish section, a 'Newfie' section, each with its own parish church.  The Anglo-Saxon, Scots, Lutherans all had their neighborhoods and churches.   There was a very small Black community who, like everyone else had their own neighborhood.  There was not a lot of interaction amongst the various tribes.  Of course, people of all hues and shades worked together on the job, but normally at quitting time, everybody went their separate way.

Now mark this, nobody hated anybody, it was simply free choice and like attracts like.  Birds of a feather and all that.  Each tribe had its own particular interest; the Italians loved their Bocce, wine, pasta, music, etc, while the Irish preferred politics loudly argued, spuds 'n fish 'n beer; while the French sat down to Chicken casserole and mind numbing philosophical discussions.  People socialized, people went to your weddings and you came to ours.
At that time and place, all the working men and their families were Catholic, all the liturgy was in Latin and that was a common, but not unifying factor.
Jews were suspect, because they were very stand-offish, and had no common basis with the bricklayers, rail layers, coal heavers, stevedores, round about.
And they usually owned their businesses rather than work for wages.  In a town where the Sign of the Cross was as common as turnip farts, they held  themselves aloof.  Still nobody burnt them out.  There were Jews like there were Swedes.  They were the way they were.  It just was.
So what happened?  How do we get back to those halcyon days when it mattered more which team you followed, than what color you were.  At that time Baseball was King, the Braves were still in Boston, and any Saturday afternoon game would find Blacks and Whites baking in the bleachers, yelling like banshees.  People cheered when somebody caught a foul ball, didn't matter what color you were, and nobody tried to grab it out of your mitt.
That was America.
Cane pole fishin' from the bank or a bridge;  playing sandlot softball or tag football,  half rubber on the street,  girls were safe, dogs were in plenty, Cops walked a beat and knew everybody personally.  The Mob ran the Numbers racket, and everybody played, just as they do the Lottery now.

No conflict, no riots, everybody knew where he stood, nobody hated anybody.