Battle of An Lộc 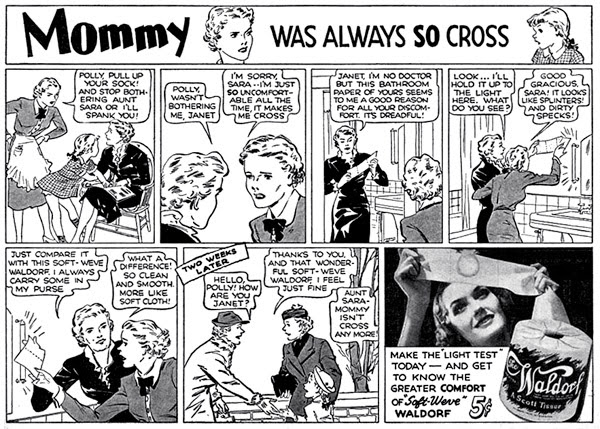 Guns, Monster Hunter Nation - For most people on the left political violence is a knob, and they can turn the heat up and down, with things like protests, and riots, all the way up to destruction of property, and sometimes murder. But for the vast majority of folks on the right, it’s an off and on switch. While you’re drone striking Omaha Nebraska you really think that the people who live where all the food is grown, the electricity is generated, and all the freeways and rail lines run through, that some of them aren’t going to take it personal? Let’s talk about those people you think are going to be unfeeling automatons who will have no problem killing their friends and neighbors on your behalf. They are us.

Selco, Organic Prepper - SHTF is not about you peacefully working in your vegetable garden while the world goes to hell around you outside the bubble. The darkness can reach you wherever you are. I asked Selco why people needed to know about the horrors he faced. He replied, "So you won’t be shocked and so you can shorten adapting period while you are shocked". I asked him what the event was that opened his eyes to the fact that he was stuck in Hell on Earth. "When I saw people killing for fun. Killing without reason. Killing with no concerns about punishment or the law". It’s really not a stretch of the imagination to predict that our nation could be headed to a very dark place.

Voice of Europe - 11-year-old girl gang raped in Sweden, Perpetrators walk free and laugh in her face ... mother informed the investigation has been closed

Breitbart - ESPN Loses 2 Million Subscribers This Year ... insults half its audience, browbeats the other half, wonders why they're leaving

CJ Roberts, Spectator - Chief Justice Roberts watches as justice now is converted to mockery by Left “Progressives” who lost the Presidency in 2016. Every time the President of the United States seeks to exercise his Constitutionally granted executive authority, the Democrats and their Left allies race to West Coast federal courthouses in search of a judge, who rapidly enjoins the President’s action with a sweeping nationwide order extending far beyond the judge’s local jurisdiction. The system makes a mockery of the courts, as Chief Justice Roberts now desperately realizes. It creates a cynicism towards the rule of law by manipulating and leveraging judges into pawns of Democrat “Progressives.”
Posted by Brock Townsend at Tuesday, November 27, 2018 No comments:

‘It Is Shocking That I Have To Explain This’: DHS Secretary Dispels Myths About Migrant Caravan

The migrant caravan the left-leaning media has been gushing over finally reached the U.S.-Mexico border on Sunday, and things got violent.

Migrants threw rocks and projectiles at border patrol, and one San Diego agent said the group, which is made up of mostly men, used women and children as human shields. Naturally, leftist media outlets tried to downplay the violence and turn it against President Donald Trump, lambasting the use of tear gas against the caravan, even though the Obama administration did the same thing.

A new study suggests that white Americans who hold liberal socio-political views use language that makes them appear less competent in an effort to get along with racial minorities.


Racial bias can put people of color at a disadvantage when interviewing for a job, buying a house, or interacting with the police. New research suggests that bias may also shape daily interactions between racial minorities and white people, even those whites who tend to be less biased.

According to new research by Cydney Dupree, assistant professor of organizational behavior at Yale SOM, white liberals tend to downplay their own verbal competence in exchanges with racial minorities, compared to how other white Americans act in such exchanges. The study is scheduled for publication in the Journal of Personality and Social Psychology.

DHS: 170 Fake Families Separated At The Border In Just Under 6 Months 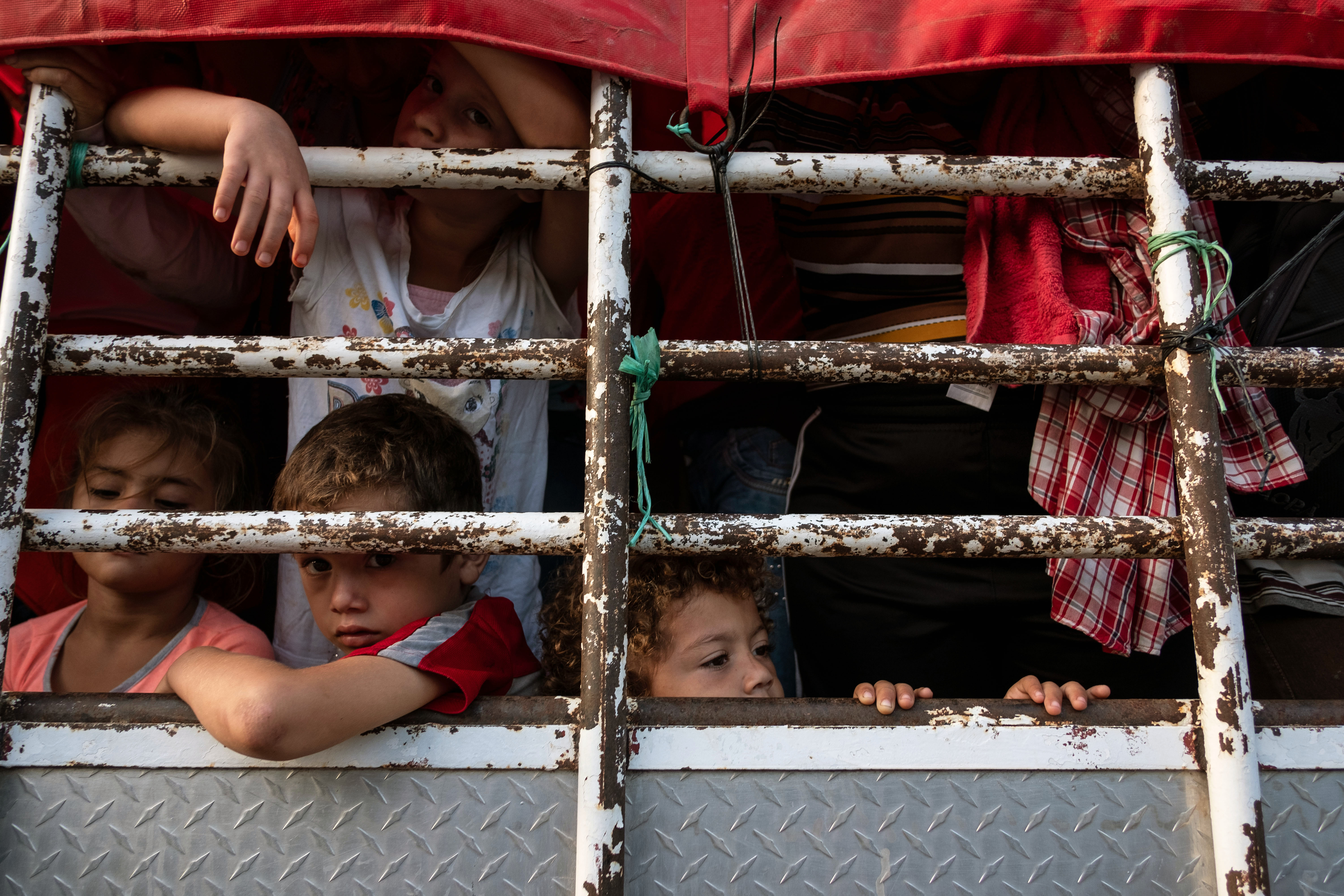 The Department of Homeland Security released data Tuesday about the propensity of illegal immigrants to pose as parents in order to gain easier access into the United States.

According to data from DHS, there has been a 110 percent increase in male adults showing up at the border with children. Further, DHS separated 507 illegal immigrants between April 19 and September 30 because they fraudulently claimed they were part of a family unit.


More @ The Daily Caller
Posted by Brock Townsend at Tuesday, November 27, 2018 No comments:

Link
After the 2010 midterm elections, Silver concluded that Rasmussen's polls were the least accurate of the major pollsters in 2010, having an average error of 5.8 points and a pro-Republican bias of 3.9 points according to Silver's model.

Link
"The new Rasmussen Poll, one of the most accurate in the 2016 Election, just out with a Trump 50% Approval Rating. That's higher than O's #'s.
Posted by Brock Townsend at Tuesday, November 27, 2018 No comments:

Truth be told, black men, and particularly black women, rank higher than most on the intersectionality chart of victimhood established by the left. With an adequate amount of funding, these candidates pose a serious threat to weak kneed republicans, who refuse to forcefully oppose their radical views for fear of being branded a racist, sexist, homophobe or worse, despite evidence to the contrary.

Special counsel and former FBI director Robert Mueller is accused of framing a man on gun charges — a case that is officially under investigation by the Tennessee Bureau of Investigation (TBI).
Writer Jerome Corsi, who rejected Mueller’s plea deal in the Russia collusion case but is still under Mueller’s microscope, actually knew about the case in question years ago, before the criminal investigation opened in Tennessee. Mueller as FBI director was accused of working with a blogger who wears a hammer and sickle Communist hat to build the law enforcement presence that led to the man’s arrest on gun charges.

Academy Award Winner Being Filmed At The Border 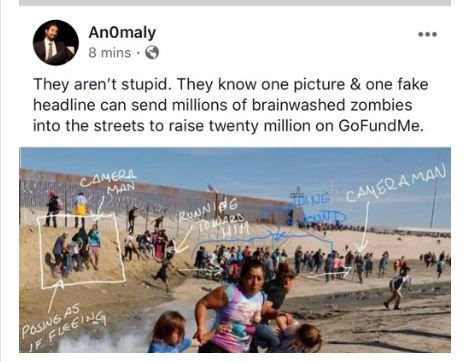 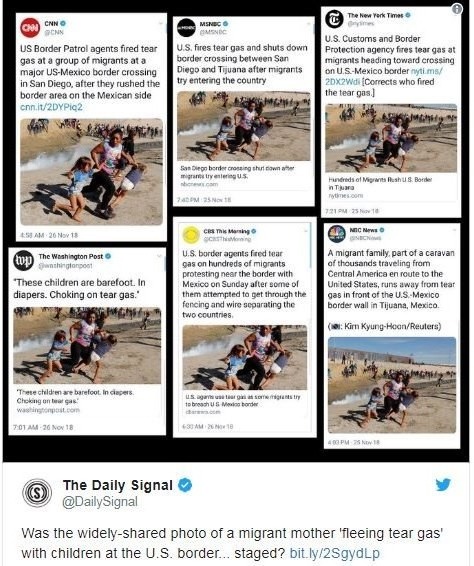 Alan Dershowitz: ‘Mueller is Not Going to Produce a Balanced, Fair Report’ 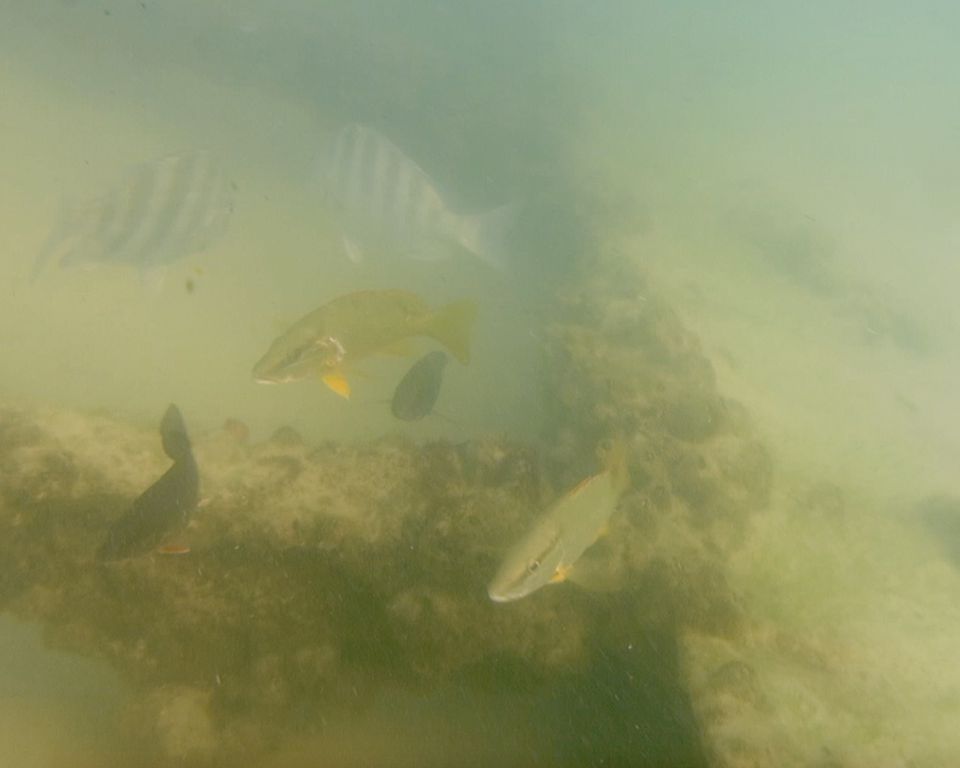 The wreck of the Ivanhoe, a Confederate blockade runner, has been uncovered in the surf along Fort Morgan.

The Ivanhoe dates to the Civil War. It was an iron hulled paddlewheel steamer built in Scotland in May of 1864. The ship was sunk on its maiden voyage just seven weeks later as it attempted to steam into Mobile Bay, past the Union naval blockade set up between Fort Morgan and Fort Gaines on Dauphin Island. At the time, the Confederates still controlled both forts. The Union ships patrolled the mouth of the bay just outside of the reach of the cannons in the forts.

Field of dreams: heartbreak and heroics at the World Ploughing Championships 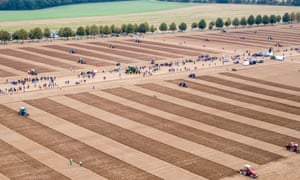 Had never heard of this.

Some compare it to snooker, others to figure skating. But for those who have given their lives to competitive ploughing, it’s more than a sport, it’s a way of life.


On 31 August, the night before the first day of the World Ploughing Championship, the bar of the Hotel Fortuna in the small German town of Reutlingen was crammed with the global ploughing elite.

The scene resembled a low-key United Nations afterparty – Swiss, Kenyans, Australians, Latvians, Canadians and French, all slugging back long glasses of German beer. The top flight of international ploughing is a limited pool, the same faces recurring every year, and so the atmosphere was jovial, like a school reunion, 50-odd ploughmen and two ploughwomen (the sport has historically been dominated by men) hailing each other affectionately across the room. Much of the talk concerned the wild boar who had apparently dug up the field where the following day’s competition would take place. But there was something else in the air too, a bonhomie edged with rivalry. They were here to win.


More @ The Guardian
Posted by Brock Townsend at Tuesday, November 27, 2018 No comments:

Tear gas used once a month at border under Obama

The same tear-gas agent that the Trump administration is taking heat for deploying against a border mob this weekend is actually used fairly frequently — including more than once a month during the later years of President Barack Obama’s administration, according to Homeland Security data.

U.S. Customs and Border Protection has used 2-chlorobenzylidene malononitrile, or CS, since 2010, and deployed it 26 times in fiscal 2012 and 27 times in 2013. The use dropped after that, but was still deployed three times in 2016, Mr. Obama’s final full year in office.


More @ The Washington Times
Posted by Brock Townsend at Tuesday, November 27, 2018 No comments: 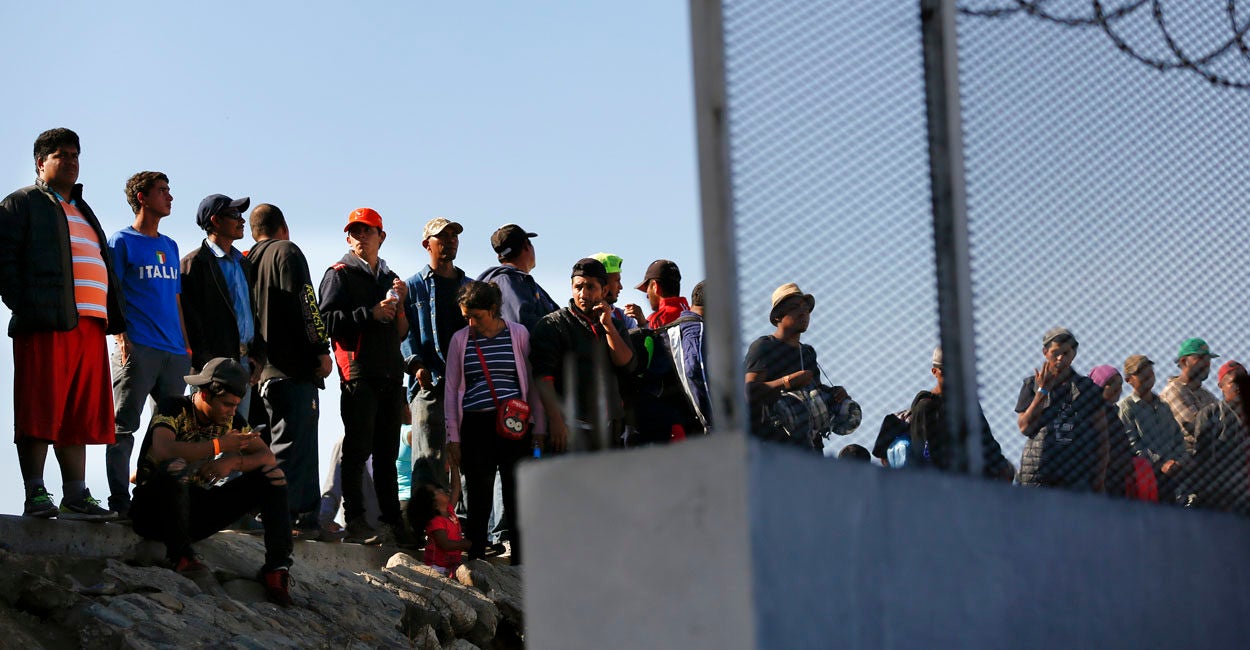 Painfully obvious that there are only women and children......

On three past occasions, presidents temporarily closed the southern border, something President Donald Trump threatened Monday to do permanently.

Presidents Richard Nixon and Ronald Reagan both closed the border over drug-related issues that halted entry from Mexico into the United States.

President Lyndon B. Johnson, shortly after taking office amid crisis, closed the border after the assassination of his predecessor, John F. Kennedy.

While Johnson’s example was unique, all three cases dealt with a president’s authority to act on the border during an emergency. The Trump administration has determined that the series of “caravans” of thousands of Central American migrants headed to the border is an emergency.

With Nixon in 1969 and Reagan in 1985—as is the case today—the United States was trying to pressure the Mexican government’s law enforcement into stepping up its efforts.


More @ The Daily Signal
Posted by Brock Townsend at Tuesday, November 27, 2018 No comments:

MSNBC reporter Gadi Schwartz busted the media's narrative that the caravan migrants are mostly women and children on Monday while reporting from Tijuana, Mexico.

Schwartz appeared on MSNBC's "Live with Velshi & Ruhle" where he reported that one migrant woman that he spoke to "admitted that she had not actually expected to cross and was really participating to protest; she also later stated that her intention was to go to the United States to work, rather than to apply for asylum," NewsBusters reported.


More @ The Daily Wire
Posted by Brock Townsend at Tuesday, November 27, 2018 No comments: 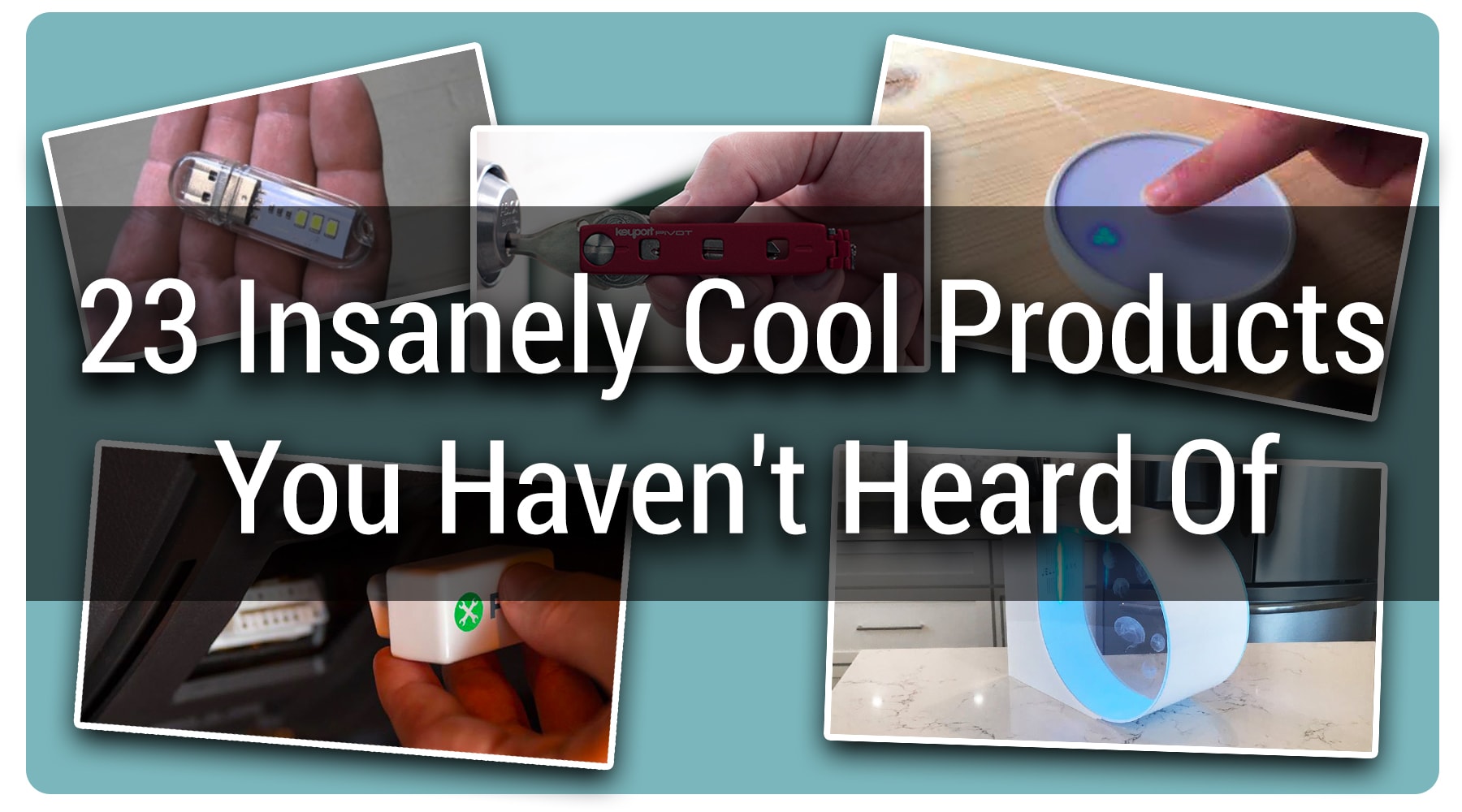