"Only Kurdish forces and the remnants of the Syrian army can defeat ISIS." 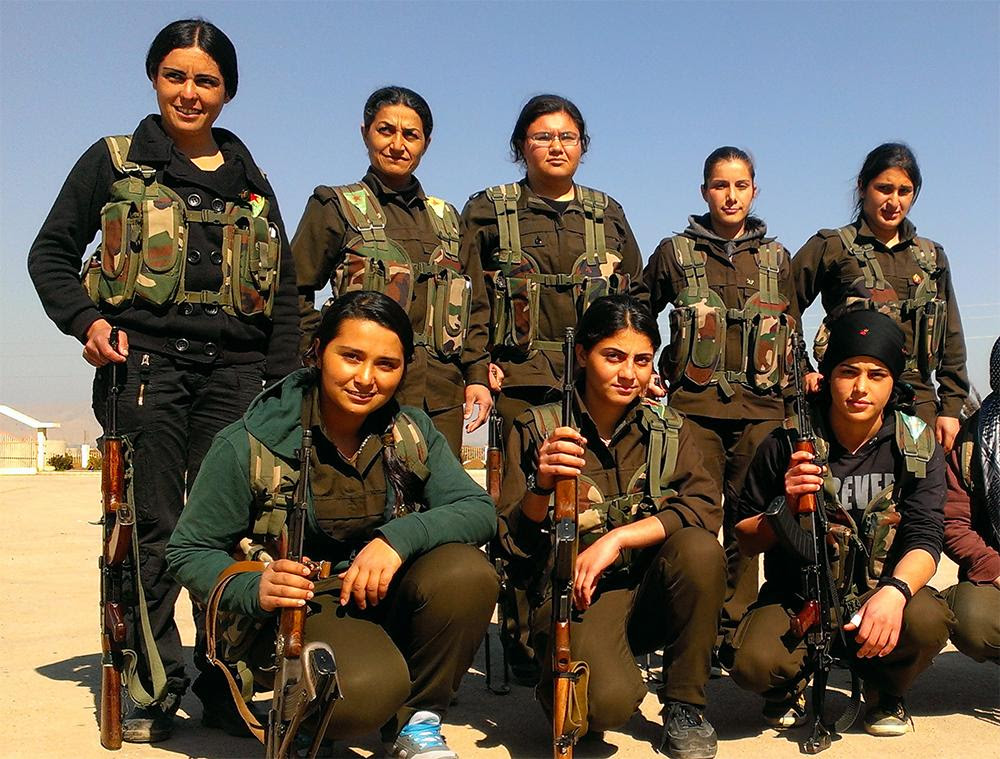 Syria is quickly becoming a leading point of contention between Barack Obama and Vladimir Putin. Each believes his country’s interests with respect to Syria differ from the other’s: Putin wants to defeat ISIS (and other radical Islamist groups that could radicalize Russia’s Muslims) and shore up the Assad regime, whereas Obama wants to defeat ISIS and see Assad taken down. But as Eland explains, there is another, less-recognized factor that could prolong and deepen their conflict: Both Putin and Obama underestimate the limitations of relying on air power without “boots on the ground”—especially those of indigenous forces with intimate knowledge of the terrain and its people. If Obama better understood this reality, as well as the history of counterinsurgency campaigns (a subject to which Eland has devoted an entire book), the U.S. Commander in Chief would recognize that only Kurdish forces and the remnants of the Syrian army can defeat ISIS and other radical Islamist groups in Syria. Obama would also recognize that Syria is of no strategic value to the United States and would withdraw all U.S. military power from that hornet’s nest.

U.S.-China relations could also suffer, especially with respect to the military aspects of Obama’s “pivot to Asia.” Because China has territorial disputes with U.S. allies around the East and South China Seas, Washington’s strengthening of military ties in the region could drag the United States into war with Beijing, Eland argues. The potential for wars with China and Russia underscore the need for a return to foreign policies advocated by America’s Founders. Writes Eland: “George Washington wisely warned against the United States becoming involved in ‘permanent alliances,’ and Thomas Jefferson astutely cautioned against the country being bogged down by ‘entangling alliances.’ Obama is taking the opposite course by strengthening alliances that have become both permanent and entangling.”

Russia versus the United States in Syria, by Ivan Eland (The Huffington Post, 10/5/15)

Not that we are surprised.

Whatever  Russia’s motives in Syria, one thing is clear: persecuted Syrian Christians favor Russian intervention against the jihadis slaughtering them, while accusing the U.S. and Western allies of only engaging in cosmetic strikes.  Here are the words of a Syrian Christian leader — one well acquainted with the persecution his people are experiencing — concerning Russian intervention, as reported in Asia News.  Note also what he says of the non-IS rebels being struck by Russia, the groups the U.S. is eager to portray as simply “anti-Assad rebels,” but which in fact are also Christian slaughtering jihadis: 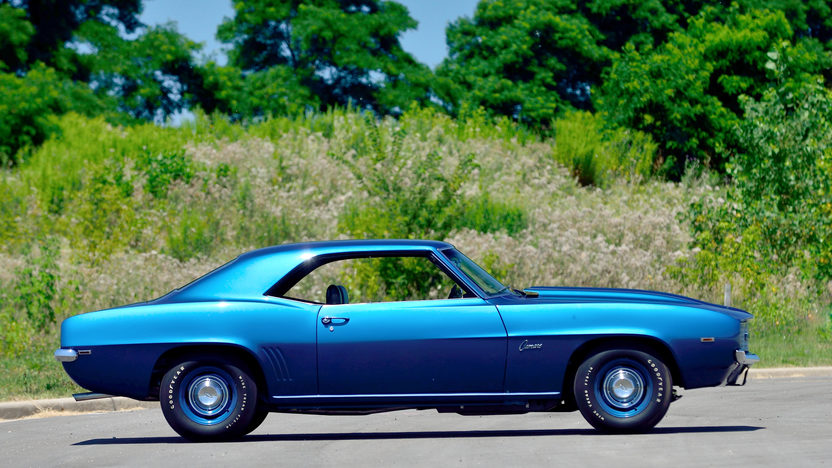 This 1969 Chevrolet Camaro ZL1, number 18 of 69 produced, is highly celebrated in the supercar community and boasts known ownership history from day one. It was restored by muscle-car specialist Dave Tinnell and most recently displayed in the famed Brett Torino Collection; it is also one of very few known to retain its original all-aluminum 427/430 underrated HP ZL1 engine.

Evangelist Franklin Graham denounced the global silence on the Christian genocide by ISIS.

Barack Obama has yet to defend the Christian populations being slaughtered in the Middle East.

It doesn’t fit his agenda.

Graham posted this on Facebook after a father and son were reportedly crucified by the Islamic State.


More @ The Gateway Pundit
Posted by Brock Townsend at Monday, October 12, 2015 No comments:

Hello, Columbus! The Day When Hate Speech Is Okay That`s the inscription on the monument to Christopher Columbus in front of Union Station in DC. The monument, a really great sculpture group by Lorado Taft, was dedicated in 1912, by people who thought that discovering America,, in the face of great odds and great dangers, was a Good Thing.

Now, of course, people are discovering that Columbus was white, and so it’s okay to hate him.

Posted by Brock Townsend at Monday, October 12, 2015 No comments:

Ben Carson suggested last week the Holocaust wouldn’t have happened if Jews in Europe were better armed. He argued that gun control is a bigger tragedy than a bullet-riddled body. He said the best way to confront a mass shooter is to rush the gunman.

The statements, after the mass shooting in Oregon that killed nine college students, have drawn no shortage of criticism, including from public-safety experts and the FBI. Carson’s commentary on gun policy is emblematic of his campaign for the Republican presidential nomination.

Progressives commies want non-citizens to vote in American elections and at least one state governor is making it happen. In California, Jerry Brown has virtually guaranteed it.

Non-Citizens Will Now Vote In At Least One State

Via comment by Quartermain on Speaker at Farrakhan’s ‘Million Man March’ Leads C... 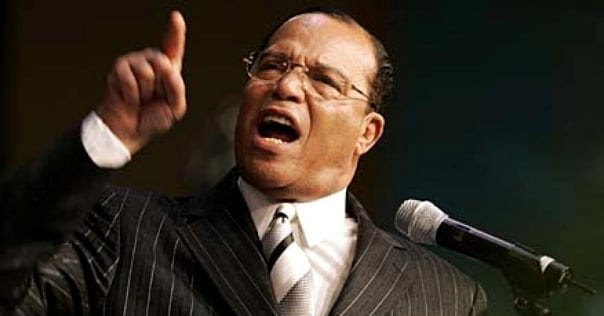 Louis Farrakhan commemorated the 20th anniversary of the so-called “Million Man March” Saturday with the kind of hate fest that would have made the KKK or skinheads proud.

The rally was called “Justice or Else!” – a threat aimed at the heart of America.

This demagogue has openly incited violence against whites and police in the lead-up to the event, and a number of speakers Saturday followed suit.

Tony Russell of Hands Up United Ferguson said the “or else!” in the event’s title is a threat for more riots if their demands aren’t met. Farrakhan and Black Lives Matter know that as long as Obama is president, he will never authorize federal authorities to arrest black racists.

Farrakhan understandably said at the event that he has no fear of the FBI or the CIA.

The students want the statue of the author of the Declaration of Independence to be removed from campus.

League of the South Meeting: "There was no hate except for one thing, they hated it when the fried chicken ran out."

A Republican state official in Alabama has come under fire in recent weeks for speaking to a neo-Confederate group about his efforts to return portraits of segregationist former Govs. George and Lurleen Wallace to the state Capitol rotunda.

But in a Tuesday phone interview with TPM, state Auditor Jim Zeigler (R) flatly dismissed criticism of the neo-Confederate League of the South as a hate group—and said he'd be happy to speak before the group again. 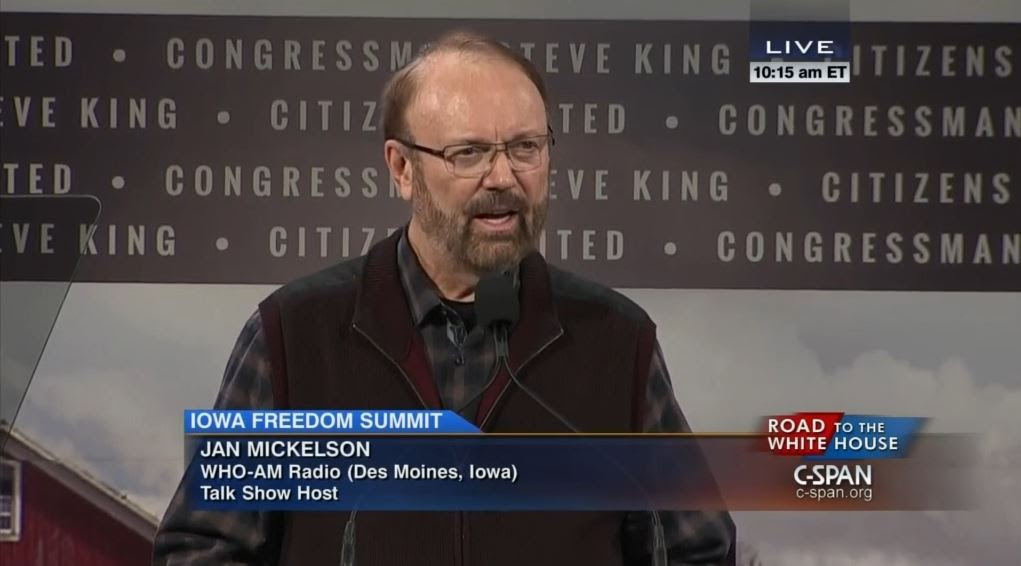 Jan Mickelson, an influential conservative radio host in Iowa who frequently interviews Republican presidential candidates, has a bit of a rocky history of discussing the Civil War. Earlier this year, he made Sen. Lindsey Graham exceedingly uncomfortable when he said South Carolina was “invaded” in the Civil War, “pretty much like the Russians are invading the Ukraine.” He also made waves in August when he suggested enslaving undocumented immigrants who refuse to leave the state.

Yesterday, Mickelson waded again into the issue of slavery and the Civil War when he invited military historian Edward Bonekemper onto his program to discuss Bonekemper’s new book “The Myth of the Lost Cause,” which pushes back against myths about the Civil War, including a number that, it turns out, are espoused by Mickelson himself. The interview took place immediately before Michaelson interviewed GOP presidential candidates Mike Huckabee and Rand Paul.

Posted by Brock Townsend at Monday, October 12, 2015 No comments: 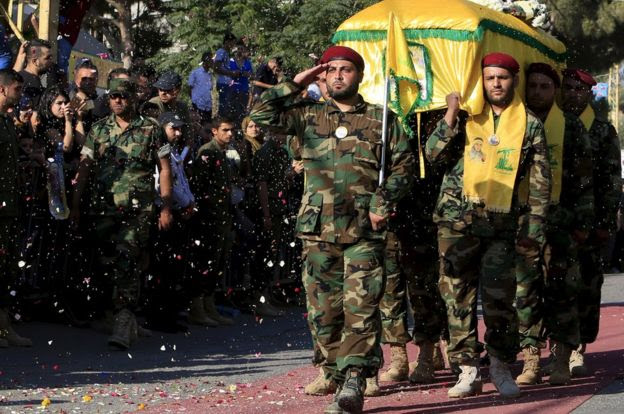 A Hezbollah funeral: The Shia Muslim militants are fighting alongside Syrian government troops against rebel groups
President Vladimir Putin has defended Russia's military operations in Syria, saying the aim is to "stabilise the legitimate authority" of Syrian President Bashar al-Assad.

Russia wants to "create conditions for a political compromise" in Syria, he told Russian state TV.

On Monday the EU's foreign affairs chief, Federica Mogherini, called Russia's role "a game-changer". She said: "It has some very worrying elements."

Going into the Luxembourg meeting, several foreign ministers stressed that air strikes should only target so-called Islamic State (IS) fighters and other Islamist "terrorists".

The US and UK governments have accused Russia of attacking mainly "moderate" anti-Assad groups, rather than the jihadists.

Mr Putin denied that that was the case.

Ah, Public Education, The Great Unifier of the “Union”

One of the most onerous (and by way of enactment, offensive) programs the “progressive” usurpers implemented in the South was that of public education. It was a proven program in New England, the rest of the North was taking it up, and in order for the backward South to be “proper” Americans, their betters in the North expected Southerners to accept it as a price for re-entering the Union. Indeed, Southerners, given their ignorance, should consider themselves honored to be blessed with the beneficent guidance of the North’s expertise on matters of public education. Yes, that is sarcasm you’re reading in my words.

*This post is number twenty-six in a historical series discussing Mississippi’s Whig/Republican governor and senator, James Alcorn, following the War Between the States and continues with the background against which Mississippi’s rejected progressive “reconstruction” would ultimately be decided in Congress. My last post, 27 September 2015.  related specifically to this matter. For earlier posts on Alcorn, (best read in sequence from oldest to most recent), start with 17 February, 24 March, 16 April, 17 July, 24 July, 18 September, 9 October, 23 October, 5 November, 22 November, 15 December, 29 December 2014, 13 January, 24 January, 9 February, 24 February, 9  March, 31 March, 8 May, 10 June, 30 June,  3 August, 30 August , 13 September, and 27 September 2015.
Posted by Brock Townsend at Monday, October 12, 2015 No comments: 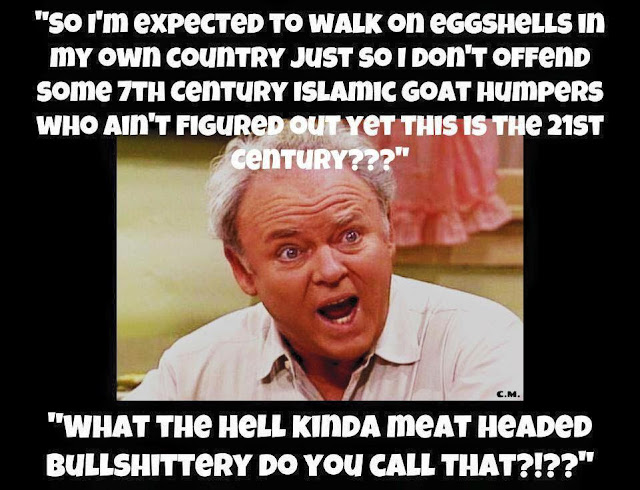 “On principle, I find that I am in disagreement with his policies on gun control, and therefore, we will not be attending the visit,” said Stacy Boylan, the father of Ana Boylan, who was shot in the back and is now recovering from her wounds.

Mr. Boylan brought up the issue of gun control and how it creates target rich environments for evildoers.

“My daughter said to me, ‘What if somebody would have had a gun?’ Gun-free and gun control takes that option off the table,” Boylan stated. “I don’t think that’s the right course.”

And Yet Another Propaganda Fest on 60 Minutes.

Via comment by JWMJR on Trump: Syrian refugees 'Trojan horse' - Blasts Me... 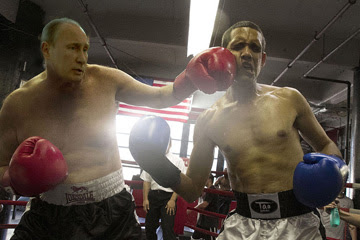 I wouldn't be surprised if there was a sharp spike in Pepto-Bismol consumption during the so-called interview of the prevaricator in chief on 60 Minutes this evening. To be sure there will be those on the left who will accuse CBS of selling out to the Republicans but that is little more than a smoke screen to cover for the more obvious questions that were not asked.

1. How is it that President Bush the elder was able to decimate the largest army in the middle east with a brief concentrated air campaign and then bring it to its knees with an even briefer ground campaign but your Pentagon can't make headway against what you have defined as "the JV squad" of terrorism?