Congregation once led by Robert E. Lee votes to remove his name from their church 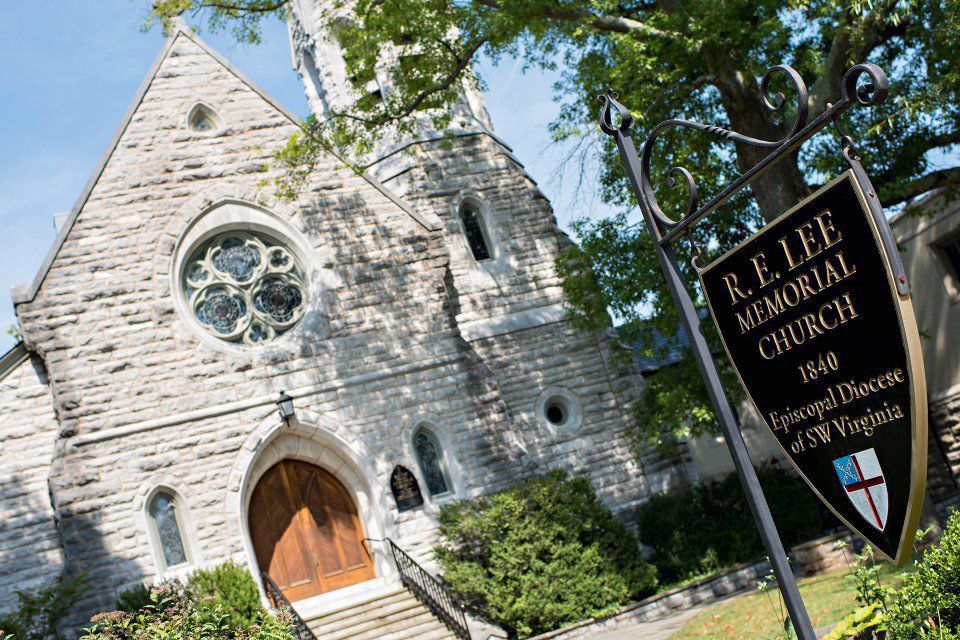 Leaders of R.E. Lee Memorial Episcopal Church in Lexington voted Monday evening to change the parish’s name to Grace Episcopal Church — what it was originally called when the Confederate general moved to town after the Civil War and joined the congregation.

The decision concludes a quiet, two-year debate among congregants over whether it’s appropriate for a Christian institution that aims to welcome all to carry a name that memorializes a man best known for fighting a war to preserve the institution of slavery.

“It’s been a very divisive issue for two years,” said the Rev. Tom Crittenden, the church’s rector. “But Charlottesville seems to have moved us to this point. Not that we have a different view of Lee historically in our church, but we have appreciation for our need to move on.”

The discussion was not easy, dividing congregants and prompting a vestry member and the church’s treasurer to resign their leadership posts in protest of initial inaction. 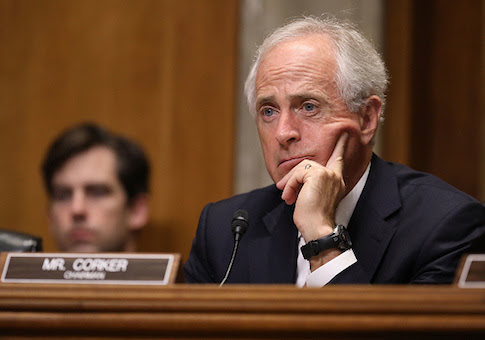 Senate Republicans announced Tuesday that they have struck a tentative deal for sweeping tax reform, with tax cuts totaling $1.5 trillion over 10 years.

The plan itself has not yet been written. House, Senate, and White House tax leaders are scheduled to release more information next week.


More @ The Washington Free Beacon
Posted by Brock Townsend at Tuesday, September 19, 2017 No comments: Links to this post

I used to say I’d never move to a red state. And then I did. And it’s changed my life for the better.


In July 2016, I moved from San Diego to Terre Haute when my husband received a job opportunity at a local university. At 41 years old — at midlife — I moved from the blue, liberal left coast bubble to a rural, Midwest, Rust Belt red state.

I was raised in California, where we like to believe diversity is applauded and opportunities abound.

In many ways, California’s blue state bubble can be a very safe place to live if you subscribe to the popular liberal politics. 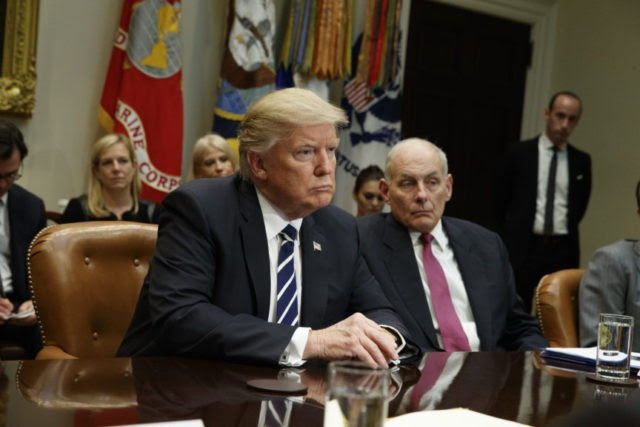 President Donald Trump’s Chief of Staff John Kelly and his Never Trump bureaucrats and globalist minions are ensuring that Trump’s “exposure to populist nationalism is now close to zero,” according to an Axios report that details how Kelly is isolating Trump from the concerns of working-class Americans of all backgrounds and parties who got Trump elected.

Since former White House Chief Strategist Steve Bannon left the White House, Trump has caved on Deferred Action for Childhood Arrivals (DACA), reportedly is thinking about staying in the Paris Climate Accord, has palled around and made deals with Senate Minority Leader Chuck Schumer (D-NY) and House Minority Leader Nancy Pelosi (D-CA), and supported increasing the number of U.S. troops in Afghanistan.

Axios noted “who is around President Trump matters much more than with most presidents, because of his impulsiveness, lack of ideology and willingness to make snap decisions.”

“So if you wonder why President Trump has been willing to seriously entertain — and in one case so far, execute — policies that would’ve been anathema to Campaign Trump, it’s partly because of the feedback loop built by Chief of Staff John Kelly and the process adhered to by the national security team before briefing Trump,” Axios’ Mike Allen wrote in his Tuesday AM newsletter.

Allen further pointed out that Kelly and “Staff Secretary Rob Porter pick and choose what information gets to Trump and who’s allowed to weigh in, that’s supreme power.” Kelly’s deputy, Kirstjen Nielsen, is also a globalist bureaucrat who has no idea about what concerns Trump’s coalition of working-class Americans and what got Trump elected in the first place. She now symbolically occupies Bannon’s office.

Excellent: Ron Paul: Here's The Truth About The War Between The Alt Right And Cultural Marxists


Despite recently being demonetized by YouTube, possibly for his anti-establishment views and slamming President Trump’s decision to increase troop levels in Afghanistan, former Texas Congressman Ron Paul is back with a video addressing the widening left-right political divide in the US – and the role that the “immoral use” of government force has played in fomenting the US’s present political crisis.

Claiming that the US is “witnessing a battle between authoritarian groups in America”, the prominent libertarian and former politician says that the “Alt-Right” and Cultural Marxists are fighting to control a government that is bankrupt, doesn’t follow the Constitution, and controls a foreign empire that is running on fumes.  Ron Paul describes our dilemma.

The New 'Scariest Chart In The World' : "Worst Since Hitler"...

While "worst since Lehman" has become ubiquitous and central bankers' experimentations have left us with many "all-time" record extremes from asset values to inequality, we suspect the following (above) chart from Deutsche Bank is about to become the new "world's scariest chart."

The last time "Populism" surged this fast to this level of extreme, there was only one utterly devastating way out.
Posted by Brock Townsend at Tuesday, September 19, 2017 No comments: Links to this post

After another school shooting last week, this time in Spokane, Washington, the anti-gun lobby jumped at another chance to blame the crime on Americans’ Second Amendment rights. Watch below as Sheriff Ozzie Knezovich sets the record straight. He says a culture that glorifies violence, not the availability of firearms, is the root of the problem.

President Trump told the United Nations Tuesday that his administration prefers to resettle refugees as close to their homes as possible, and can help more refugees that way because it costs more to bring them to the United States.

"We seek an approach to refugee resettlement that is designed to help these horribly mistreated people, and which enables their eventual return to their home countries, to be part of the rebuilding process," Trump said in his first address to the U.N.

"For the cost of resettling one refugee in the United States, we can assist more than 10 in their home region," he said.


More @ Washington Examiner
Posted by Brock Townsend at Tuesday, September 19, 2017 No comments: Links to this post

Gun Owners as a Percentage of Each State's Population

Via comment by Franklin Pierce on What’s the Gun Ownership Rate in Your State? "Here, the stats are more reasonable"

This article lists individual gun owners as a percentage of each state's population, as of 2007.

This data is relevant to national and state elections, particularly the 2012 presidential election, as it clearly explains why candidates President Obama and Republican Mitt Romney refuse to meaningfully address gun control and ownership issues, at least before the November 2012 election day: thirteen of fourteen 2012 battleground states have gun ownership rates of 30% or more.

See Pros and Cons of Gun Ownership and Use Laws for Individuals for more on this hot-button issue.

I think we need a third party, 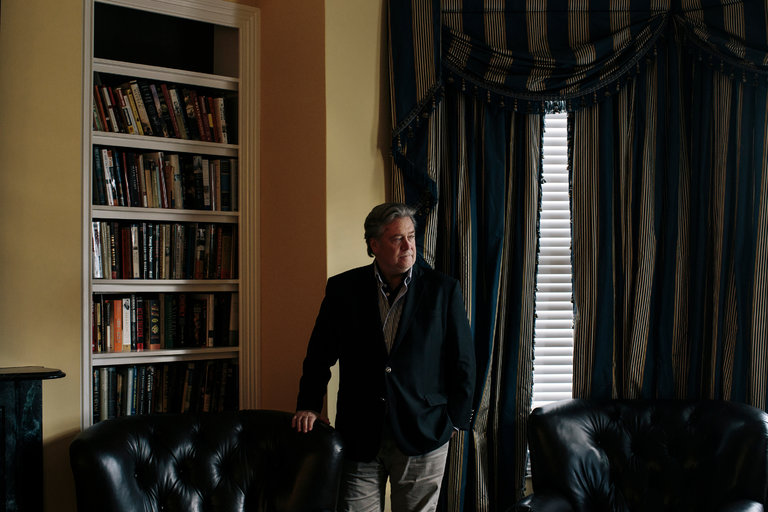 In Free-Range Trump, Many See Potential for a Third Party

and I think Trump should quietly - does he ever do anything quietly - call for it and Bannon / Palin should start organizing it . . . right now!  I think if properly managed, they could elect some people in '18 by-elections.  Certainly they could present a viable ticket by 2020.

I think the GOP is as dead as the NSDAP and the Dungrats are fitful Communists jerking spastically in their own death throes.  The old system is beyond restoration and new ideas are needed.  Not new at all, actually, but a resurrection of the original ideas of a tightly controlled federal authority acting as agent for the several States.  And any state wishing to secede should be applauded on the way out.

--4Branch
Posted by Brock Townsend at Tuesday, September 19, 2017 No comments: Links to this post

Trump: Venezuela in crisis because 'socialism has been faithfully implemented'

President Trump slammed Venezuelan leader Nicolas Maduro and the very political system his country is based on for being a failure to the people of Venezuela.

"From the Soviet Union to Cuba, Venezuela — wherever through socialism or communism has been adopted, it has delivered anguish, devastation, and failure. Those who preach the tenets of these discredited ideologies only contribute to the continued suffering of the people who live under these cruel systems. America stands with every person living under a brutal regime."