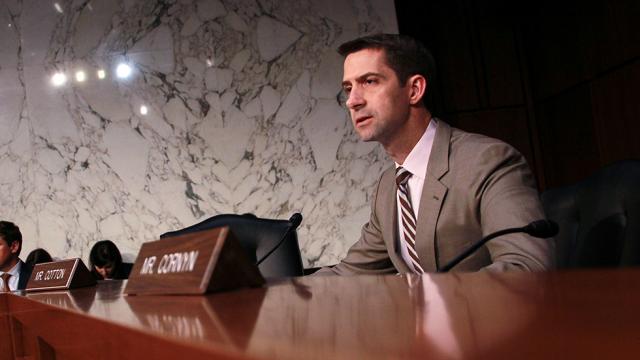 Members of Congress who are frantically peddling DACA amnesty ideas — some with a touch of enforcement added — don’t seem interested in what caused these young-adult illegal immigrants to be in the situation the members are trying to fix.

If they explored the cause, they would see that Congress itself has been the culprit.

The dilemma of the so-called Dreamers has its origins in Congress passing the big 1986 amnesty and several smaller amnesties in the 1990s without including a guarantee that U.S. employers would keep jobs out of the hands of illegal workers.


A primary reason most of the hundreds of thousands of young-adult Dreamers have grown from childhood to adulthood while illegally in this country is that outlaw employers have been allowed to hire the Dreamers’ parents throughout their childhood.


More @ The Hill
Posted by Brock Townsend at Friday, September 15, 2017 No comments: Links to this post

Via comment/request by indyjonesouthere via Maggie's Farm on Afghanistan: The Graveyard of Empires: Part 1 of a...


"My observation had been posted on Yahoo but was removed 15 minutes later."

I was fortunate to be part of a joint PBS and local library panel to preview the Vietnam War Documentary by filmmakers Ken Burns and Lynn Novick who had spent ten years to complete the eighteen-episode series, which the PBS will air on September 17, 2017.

Although being anxious before an audience of more than 200 participants (mostly American-born except for my young assistant, Dr. Gwen Huynh) I decide to continue with the discussion thinking it is an opportunity to express a Republic of Vietnam Armed Forces soldier’s view about the war inspire of my limited language skill.

After the presentation, each of the panelists was asked one question. The Film features a North Vietnamese veteran named Bao Ninh who says that there was no winner during the Vietnam War. The moderator asked me to comment on the interviewee’s statement.

To me, in order to determine who won and who lost the war, one needs to answer three fundamental questions: (1) what was the goals of the involved parties. (2) What price did they have to pay? (3) The overall assessment of the war.

A- Goals of Involved Parties

1. According to the Pentagon Papers (Pentagon Papers is a nearly 4,000-page top-secret Pentagon study of US government decision-making in relation to the Vietnam War from 1945 to 1967. An American activist and former United States military analyst, Mr. Daniel Ellsberg, released it through the New York Times in 1971. The document was declassified on May 5, 2011, and has been on display at the Library of President Nixon in California. ), the US got involved in the Vietnam War was to encompass the Communist China, not to help defend South Viet Nam's independence, which was the ruse for the US containment strategy at the time.

2. The North Vietnam’s goal was to "liberate" South Viet Nam by force and to use it as a springboard to spread International Communism throughout Southeast Asia, which was also Ho Chi Minh’s goal since 1932 when he was the leader of the Indochinese Communist Party. Le Duan, Secretary General of the Communist Party of Vietnam (CPV), who was believed to have said, "We fight the Americans for the USSR and China", must have followed this goal to the letter. If so, the statement represented the true mission of the Communist leaders.

3. On the contrary, the goal of the South Vietnamese leaders was to defend the country’s independence and sovereignty. Since the North Vietnamese Communists enjoyed maximum supports from the USSR, China, the Eastern European Communist Block, and even Cuba, South Viet Nam had no other choice but accepted assistances from the United States and other capitalist countries to fight against the Communist invasion.

1. US casualties included 58,307 KIAs, 1948 MIAs, 303,604 WIAs, and $168 billion spent ($1,020 billion according to some other estimate) for the war. At the peak of the war, the number of the US forces in Vietnam reached 543,000. The other sad thing about the outcome of the war was that the very people who had welcomed the US soldiers who had taken part in other foreign wars would turn around and showed their disdains for the ones returning from Vietnam. Lately, efforts have been made to rectify the wrongs of the past, but the wounds that the Vietnam vets have endured are never going to completely heal.

2. The NVA casualties included 950,765 killed in action, nearly 600,000 wounded, and an estimated 300,000 missing in action. During the war, North Vietnam was one of the five poorest countries in the world. The war also killed two million civilians in North and South Vietnams.

3. The Republic of Vietnam’s casualties included 275,000 soldiers killed in action and about 1,170,000 wounded. The number of missing persons could not be tallied because the RVN had surrendered on April 30, 1975.

1. From these observations, I concluded that the United States was the winner because she had achieved the strategic goal of containing Communist China, even by bargaining away the lives of others, including her own servicemen and women.

2. From the same observations, I told the audience that North Vietnam was definitely the loser. After having spent a tremendous amount of human resources including the death of nearly one million soldiers, two million civilians, and almost six-hundred thousand soldiers wounded in action and three-hundred thousand missing North Vietnam ended up dragging the whole country down the poverty pit after the war had ended. Moreover, they lost because their attempt to help China subvert the whole Southeast Asia had failed.

3. The Republic of Vietnam was the loser because it had surrendered unconditionally on April 30, 1975. According to an interview with General Frederick C. Weyand on June 12, 2006, however, the war had been lost not because of the incompetence of the ARVN, but because of the political leaders in Washington D.C. In other words, the RVN had won the battles but lost the war because of the Allies’ betrayal.

4. In conclusion, I told the audience that both North and South Vietnamese people were the losers. The Vietnam War was actually a Communist proxy war initiated by Ho Chi Minh, an internationalist, who had played the role of an enforcer of the Communist ambition of world domination. The war caused unspeakable suffering to the Vietnamese People and deep wounds to the country that have not healed 42 years after the war had ended.

To a participant’s question about the current psychological consequences of the war, I simply answered, "Forty-two years after the war has ended the winning side still considers the conquered their enemy."

Despite the purported time spent on researching and collecting materials, the film still comes across as a worn-out Communist propaganda. It still shows the picture of Major General Nguyen Ngoc Loan shooting the Viet Cong (VC) Bay Lop on the street of Saigon, the incident in which Lieutenant William Key ordered the massacre of 128 civilians, and the villagers burnt by Napalm bombs. My question is why didn’t the filmmakers show the scene of the VC shelling on March 9, 1974, that had killed 200 pupils of Cai Lay Elementary School and the massacre of almost six thousand innocent people of Hue during the VC ‘Tet’ Offensive in 1968? To the film’s claim that Napalm bombs produced by Dow Chemical Company were used to kill innocent villagers, my answer is that that was the unfortunate but unavoidable casualties of the war, any war. The Kim Phuc incident is not unlike the accidental bombing of the Chinese Embassy in Kosovo in 1999 or the "friendly fire" that killed the US and Allied forces in Iraq, Afghanistan, and Syria etc. In other words, mistakes in wars, though regrettable, are inescapable. The US mainstream media has chosen to ignore that fact and shamelessly piled on one lie after another. No wonder President Trump disdains them so much.

After the seminar, historian Bill Laurie talked with me about the fact that Bay Lop had been a terrorist who had killed six relatives of General Loan’s subordinate just before the "execution" incident. To him, General Loan action did not violate the Geneva Convention. An Unlikely Weapon  & Behead All Those Who Insult Free Speech
It would have been possible for the US to withdraw her troops from the Vietnam Theater before 1969 if the then Commander in chief of the US forces, General Westmoreland, had not applied the "search and destroy" tactics. Military commentators criticized General Westmoreland ("the General Who Lost Vietnam by the media) for his use of massive forces, tactics that are only effective when the enemy accepts the confrontation, to fight an elusive enemy who avoided large operations by moving deeper into the jungles or across the borders of Laos and Cambodia.
Had skillful commanders such as General Harold K. Johnson and General Frederick C. Weyand been in charge, perhaps the American troops could have been repatriated sooner without more casualties and the US would still have succeeded in the attempt to contain Red China. If that had happened, the casualties that both Vietnams suffered would have been less and the hatreds would not have lasted as long.

Military aid for South Vietnam also reflects the US "washing off the hand" policy. The aid package that had been at $2.8 billion in 1973 was wound down to $1 billion in 1974 and $300 million in 1975, (This was the supplemental request as How Well I Remember: 700 Million For SV in 1975 &  The Fall Of Saigon April 30, 1975: 37th Remembrance a time when SVN more than ever needed all the helps it could get to fight against the NVA invasion. The story did not end there. In December 1974, the US Congress decided to cut off all aids and the Republic of Vietnam, without means to continue the fight, succumbed to the enemy on April 30, 1975. Except for the Communist "Liberation Army" myth bragging about its soldiers "catching" the US airplanes with bare hands, no army in the world that I know of could win a war without necessary weapons and resupplies.

No one can change the history. Those who waged wars on behalf of the international Communists must accept their responsibility for the destruction of the country. History will judge their actions and our descendants will know the truth despite the Communists’ efforts to skew the historical facts.

In order to fight against China’s aggression, the Vietnamese Communists must harness the national strength by reconciling with the people as a whole, and their victims, in particular. Otherwise, they will be a party to the demise of the country.

In conclusion, this is a one-sided, half-truth documentary unworthy of watching. My observation had been posted on Yahoo but was removed 15 minutes later. Let us hope that Mr. Burns and Ms. Novick would have a change of heart and be more factual in their next project about the Vietnam War. (Fat chance as I had  predicated it would be akin to his 'Civil War'.)

For those interested, an earlier post of mine was  Vietnam War: A Guide To The Perplexed.
Posted by Brock Townsend at Friday, September 15, 2017 19 comments: Links to this post