Defense Secretary Jim Mattis had a secret meeting with a top Amazon cloud sales executive in 2017 before the Pentagon announced a $10 billion cloud computing contract that critics say was designed to be fulfilled only by Amazon, Fox News' Tucker Carlson reported on Friday. 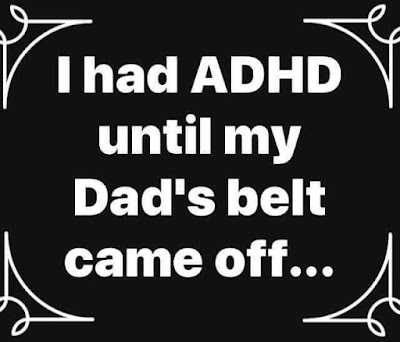 Plantations of the Old World

When Christopher Columbus set sail “on his first expedition across the Atlantic, accumulated imports of Negro slaves into the Old World were probably in excess of twenty-five thousand,” and many white slaves worked the Mediterranean sugar plantations with them.  By the last half of the sixteenth century the center of sugar production shifted across the Atlantic, and by 1600, Brazil had become Europe’s leading sugar supplier. Portuguese ships brought needed labor for Brazilian plantations, slaves readily purchased from the tribes of West Africa.
www.Circa1865.org   The Great American Political Divide

Plantations of the Old World

“Slavery is not only the most ancient but also one of the most long-lived forms of economic and social organization. It came into being at the dawn of civilization, when mankind passed from hunting and nomadic pastoral life into primitive agriculture. And although legally sanctioned slavery was outlawed in its last bastion – the Arabian peninsula – in 1962, slavery is still practiced covertly in parts of Asia, Africa and South America.

One high-water mark was reached during the first two centuries of the Roman Empire when, according to some estimates, three out of every four residents of the Italian peninsula – twenty- one million people – lived in bondage. Eventually Roman slavery was transformed into serfdom, a form of servitude that mitigated some of the harsher features of the old system.

The Italians were quite active in importing slaves from the area of the Black Sea during the thirteenth century. And the Moors captured during the interminable religious wars were enslaved on the Iberian peninsula, along with Slavs and captives from the Levant [eastern Mediterranean].

Black slaves were imported into Europe during the Middle Ages through the Moslem countries of North Africa. Beginning about the middle of the fifteenth century, the Portuguese established trading posts along the west coast of Africa below the Sahara with the aim of capturing or making relatively large purchases of black slaves. Although Negroes continued to be imported into the Old World until the beginning of the eighteenth century, it was the New World that became the great market for slaves.

It was Europe’s sweet tooth, rather than its addiction to tobacco or its infatuation with cotton cloth that determined the extent of the Atlantic slave trade. Sugar was the greatest of the slave crops. Between 60 and 70 percent of all the Africans who survived the Atlantic voyages ended up in one or the other of Europe’s sugar colonies.

Sugar was introduced into the Levant [eastern Mediterranean] in the seventh century by the Arabs. From the twelfth to the fifteenth centuries [Mediterranean] colonies shipped sugar to all parts of Europe. Moreover, the sugar produced there was grown on plantations which utilized slave labor. While the slaves were primarily white, it was in these islands that Europeans developed the institutional apparatus that was eventually applied to blacks.”

How To Create Conflict

We are living in a time of increasing domestic tension. Some of it stems from the presidency of Donald Trump. Another part of it is various advocacy groups on both sides of the political spectrum demanding one cause or another. But nearly totally ignored is how growing government control over our lives, along with the betrayal of constitutional principles, contributes the most to domestic tension. Let's look at a few examples.