CBM: Back In The Day Cafe

A South Carolina pawn shop owner who sells guns, guitars and an array of other items says that his bank forced him to close his accounts, and he thinks it is because of the weapons.

Morris Williams, who owns Inman Gun and Pawn, says he thought his relationship with SunTrust Bank was fine — “excellent” in fact.

“We have ample funds in the account to do anything we needed to do,” Williams told Fox Carolina, adding that he thought “everything was just wonderful.”

But then the bank sent him a letter.


More @ The Daily Caller
Posted by Brock Townsend at Thursday, August 07, 2014 4 comments: Links to this post

The Pelham Chapel: A History

Twenty years after Gen. Robert E. Lee rode into Appomattox and surrendered his tattered army, ending the War Between the States, a memorial chapel was built in Richmond in memory of the 260,000 Confederate soldiers who died during the conflict. The Pelham Chapel – Confederate War Memorial is designated a National Historic Landmark by the U.S., and has been granted the status of Confederate Monument by the Commonwealth of Virginia.

The organ in the chapel was donated by a group of Union veterans from Lynn, Mass. One of the contributors to the soldiers' home that surrounded the chapel was Gen. Ulysses S. Grant. And a Union private from Massachusetts donated his annual pension to support the home.

Confederate flags had flown over the grounds since the opening of the Old Soldiers Home in 1885. Those flags did not trouble the Union soldiers who donated the organ to the chapel; nor did they trouble Ulysses S. Grant. They were placed there by Confederate Veterans, to memorialize the Confederate dead, and honor the living.

Fast forward 150 years…on the eve of the Sesquicentennial Commemoration of the War Between the States, June 1st, 2010, Confederate Battle Flags were forcibly removed from the Confederate War Memorial by a restriction in the lease renewal, at the insistence of the Virginia Museum of Fine Arts.

This is in direct violation of Virginia law, which clearly states: “it shall be unlawful for the authorities of the locality, or any other person or persons, to disturb or interfere with any monuments or memorials so erected, or to prevent its citizens from taking proper measures and exercising proper means for the protection, preservation and care of same. For purposes of this section, "disturb or interfere with" includes removal of, damaging or defacing monuments or memorials, or, in the case of the War Between the States, the placement of Union markings or monuments on previously designated Confederate memorials or the placement of Confederate markings or monuments on previously designated Union memorials.” (§ 15.2-1812)

As citizens of Virginia and descendants of Confederate soldiers who gallantly answered Virginia’s call to defend her, we demand that the VMFA remove these blatantly prejudicial restrictions and allow the Confederate Battle Flags to once again fly on the Confederate War Memorial.

'I'll always love you': Tragic final words of boy, 9, to his brother after being brutally stabbed to death by playmate, 12

Via comment by  Sioux on Rapper Shot Repeatedly in Grocery Store By Another.. 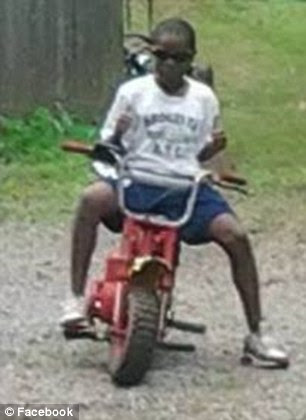 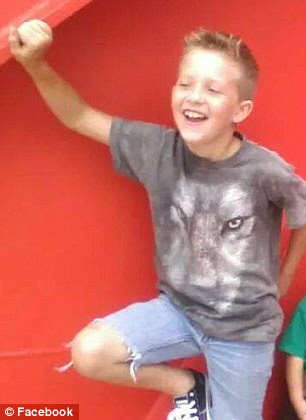 Connor was playing with two of his brothers when another boy, Jamarion Lawhorn, 12, who pulled out a knife and repeatedly stabbed him

The Iraq-ISIS Conflict in Maps, Photos and Video 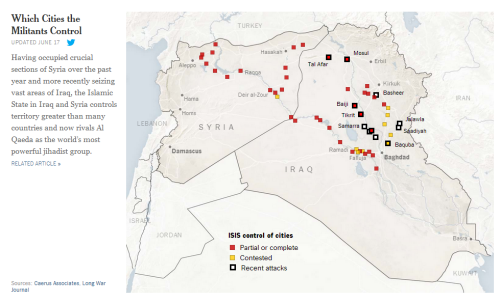 The Islamic State in Iraq and Syria has solidified control over large portions of Iraq and Syria. Over the past month, ISIS: 1 Expelled the last Christians from Mosul.2 Killed dozens of Syrian government soldiers in an attack on an army base. 3 Stormed a border town in Lebanon.4 Battled the pesh merga — the security forces of the Kurdish region of Iraq — to take control of three more towns in northern Iraq.


More @ The New York Times
Posted by Brock Townsend at Thursday, August 07, 2014 No comments: Links to this post


Two new videos surfaced Tuesday that add credence to Israel’s claim that Hamas deliberately sets up attack positions in Gaza in areas where civilians would be in danger if Israel retaliates.

New Delhi Television Limited, an Indian commercial TV network, filmed a group of Hamas terrorists setting up a rocket launch site in the midst of a densely populated civilian area. Hamas is positioning its launcher “just meters away from a hotel” frequented by foreign journalists, according to NDTV reporter Sreenivasan Jain. 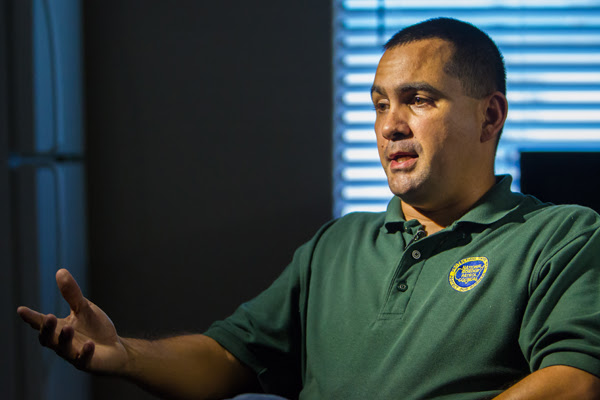 What is it going to take for Americans to put down their remotes and wake up to what is happening at our Southern Border?

And more importantly, what will it take for Americans to finally do something about it?

Has everyone forgotten that these people work for us?

Would you consider releasing an admitted murderer, notice I said ADMITTED and not suspected, into the United States an act of treason? Would that qualify?

While Obama and his complicit & traitorous legislators enjoy their vacations, this is exactly what has been happening. These traitors come in both colors, red and blue. However, I am not disillusioned enough to believe that there really are two distinct political parties in America. Both sides share the guilt and equally share a common agenda.

I am sick of hearing the lies. I am sick of the media twisting the stories and yanking at our heart strings. My heart strings currently belong to my own children. They are here legally and my government is putting my kids in danger.


More with video @ DC Clothesline
Posted by Brock Townsend at Thursday, August 07, 2014 No comments: Links to this post 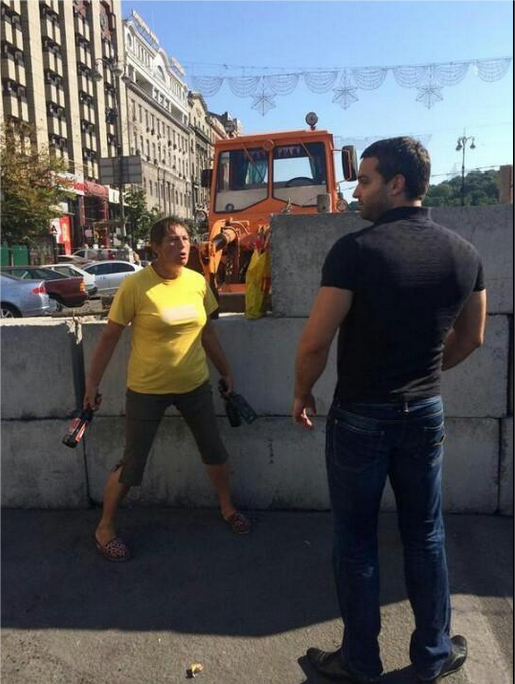 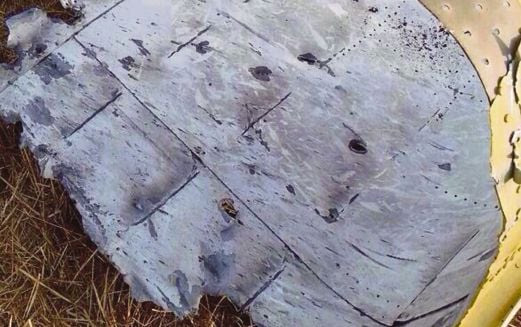 KUALA LUMPUR, 7 August 2014: INTELLIGENCE analysts in the United States had already concluded that Malaysia Airlines flight MH17 was shot down by an air-to-air missile, and that the Ukrainian government had had something to do with it.

This corroborates an emerging theory postulated by local investigators that the Boeing 777-200 was crippled by an air-to-air missile and finished off with cannon fire from a fighter that had been shadowing it as it plummeted to earth.

In a damning report dated Aug 3, headlined “Flight 17 Shoot-Down Scenario Shifts”, Associated Press reporter Robert Parry said “some US intelligence sources had concluded that the rebels and Russia were likely not at fault and that it appears Ukrainian government forces were to blame”.

This new revelation was posted on Global Research, an independent research and media organization.


More @ Outdoor Life
Posted by Brock Townsend at Thursday, August 07, 2014 No comments: Links to this post


We’re sure that we’ll hear from the family of 19-year-old Christian Munoz soon enough as they attempt to explain how he was “a good boy” who “didn’t deserve to die,” but in the meantime we’re simply happy that his crime spree is over… permanently:


According to police, the owner of Congress Mini Market at 750 Congress Avenue called 911 to report that a man armed with a rifle had tried to rob him Tuesday night.

While detectives were interviewing him, the store owner’s brother called to say he had just shot a man who tried to rob his store, Nino’s Mini Market at 659 Washington Avenue, according to police.

Police arrived at the convenience store to find the suspect, identified as 19-year-old Christian Munoz, suffering from gunshot wounds to the chest. Munoz was rushed to Yale-New Haven Hospital, where he was prounounced [sic] dead, police said.

Posted by Brock Townsend at Thursday, August 07, 2014 4 comments: Links to this post


Louisiana Gov. Bobby Jindal, locked in multiple legal battles with his own school board over Common Core education standards, has has made a new, ambitious legal claim.

Common Core, he says, is not merely bad policy, but a violation of federal law. It’s an allegation that could encourage lawsuits against the standards in other states currently implementing the standards.

In a brief submitted Wednesday as part of a lawsuit against Louisiana’s Board for Elementary and Secondary Education (BESE), Jindal’s attorneys claim that a consortium used to create multistate standardized tests aligned with Common Core was transformed into a cudgel to force states to obey federal edicts on education.


More with video @ Daily Caller
Posted by Brock Townsend at Thursday, August 07, 2014 No comments: Links to this post

Why I hate Moslems

They make genocide seem like such a reasonable response.

I hate that they can put civilization into the position of having to choose barbarity to save itself from barbarity, or to accept it’s own annihilation.

Case 1:  Witness the Palestinians.  They take every dollar of humanitarian aid given to them and turn it to attack humanity.  They intentionally use the protected marking of hospitals and ambulances to carry war materials and as staging areas for attacks and depend on their enemies to obey those same markings.  They use their women and children as human shields.  The women and children themselves are raised generation after generation to accept that role and relish it.  No one can “save them” from this monstrosity of civil life because they don’t want to be saved.

Case 2:  ISIS, ISIL, “Arab Spring”.  Turning back the clock in every direction they infest.  Bringing back beheadings, slavery and every atrocity that mankind thought it had moved away from hundreds of years ago.  Slaughtering Christians and others. Destroying antiquities. There is really no atrocity they have not committed.  They sheer virulance should be enough to get all of the Arab states who are immediately threatened by them to band together to exterminate them.  All those countries that have been investing billions in their armaments for decades.  Saudi Arabia, Kuwait, the Emirates, Iran, Iraq (what’s left of it), Turkey, Syria (what’s left of it), Jordan, Egypt.  They all have a stake in this.  And they are all sitting on their hands hoping the USA will bail them out again.  Sorry, Dudes.  Wrong president for that.  You are unwilling to take on this task yourself.  You are going to get your Caliphate shoved up your collective asses.


More @ The New Rebellion University
Posted by Brock Townsend at Thursday, August 07, 2014 No comments: Links to this post

The hell with the Constitution

Posted by Brock Townsend at Thursday, August 07, 2014 12 comments: Links to this post

A Homeland Security employee has been arrested in connection with a sting that alleges he used a Craigslist ad in an effort to get a mother and an underage daughter to have sex with him.

George Hristovski, 54, of Elverta, was booked into Sacramento County Jail on Monday after his arrest by the Federal Bureau of Investigation. His LinkedIn posting identifies him as an inspector for the U.S. Department of Homeland Security.

CBM: Knocking On Your Door 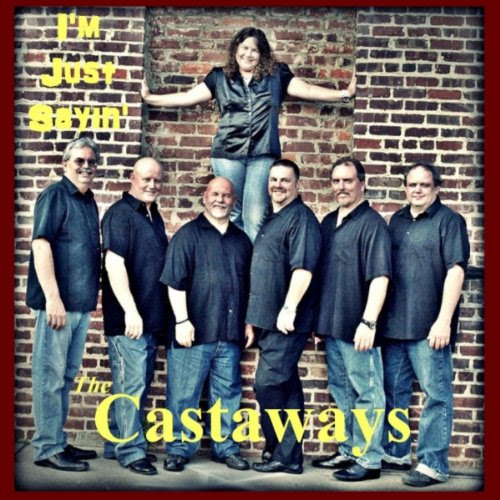