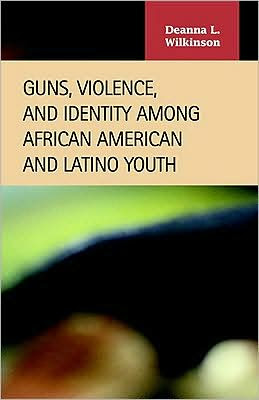 With the one year anniversary of the Sandy Hook shooting, gun violence is back in the news. With it are solutions that are questionable on both a constitutional and practical level. Likewise, many of the solutions ignore the real gun and violence problem in America – not one that occasionally shatters lives in white suburban America, but violence that brings daily Sandy Hooks to the doorsteps of black Americans.

The facts are clear. A series of infographics compiled by The Wall Street Journal based upon FBI data shows while the rest of the country may be largely shielded from the horrors of gun violence, approximately 47% of victims of the 165,000 homicides from 2000 to 2010 (including over 111,000 gun-related homicides) were black, and 40% of those committing homicides were black.

Republican Senators to Sell American People Out on Budget Proposal

At 7:45 on Friday morning reports indicated zero senate republicans were planning on voting for the Ryan-Murray House budget proposal. The GOP’s Senate leaders plan is to launch a procedural effort to kill the plan over a laundry list of objections – including a claim that it short-changes military veterans and other government retirees, which is does, of course.

Dick (turban) Durbin told reporters on Thursday, “We need Republican votes to pass the budget agreement, period. We need at least five. And I’m hoping that there will be more than that.” As of Friday morning he had none.

The GOP’s three most senior senators, including Minority Leader Mitch McConnell, have announced that they will vote ‘no.’

As one would expect, Senator Ted Cruz said the proposal, “spends more, taxes more, and allows continued funding for Obamacare. I cannot support it.” Thanks Paul Ryan, for selling us out, and lying to Mark Levin on national radio about it.

One GOP Senate staffer, speaking on condition of anonymity said, “This is the agreement’s ‘pixie dust approach to budgeting. We’re doing what we always do. We set out a ten-year plan while knowing full well that we have a decade to undo it and shift gears again.”

Unless they can somehow find the republican senators they need, the federal government will be headed for another dreaded “SHUTDOWN” (dun-dun-dun) in three months.

That was Friday morning.

My how things change in the backrooms at the Senate in a matter of hours.


For the second week in a row, the Washington Healthplanfinder website is down, and it's causing problems for people who are dealing with billing issues. Some of them say the website is mistakenly debiting their accounts.


Shannon Bruner of Indianola logged on to her checking account Monday morning, and found she was almost 800 dollars in the negative.

“The first thing I thought was, ‘I got screwed,’” she said.

Misrepresentations include serious budget details ranging from how much deficit reduction is actually in the plan to how spending in this plan compares to spending if the current law, the Budget Control Act (BCA), remains the law of the land.

The budget deal passed the House 332-94 on Thursday evening, with 169 Republicans voting for it and 62 Republicans voting against it. The GOP support was thanks to Ryan’s selling of the plan among his colleagues, who largely trust him despite many figures of the conservative movement turning against him. Now, it turns out, Ryan used a series of statements whose veracity is questionable at best to convince his colleagues to support the bill.

In his 91-page opinion in Brown v. Buhman, on Dec. 13, U.S. District Judge Clark Waddoups struck down Utah’s law making polygamy a crime. In so doing, he may have opened Pandora’s Box.

As a condition for becoming a state in 1896, Congress required Utah to outlaw polygamy, which is marriage between three or more persons. This case involved a family of fundamentalist offshoots of nineteenth-century Mormonism. The Church of Jesus Christ of Latter-Day Saints disavowed polygamy in 1890, and again in 1904, but some splinter groups continue the practice.

It appears that an officer in a paramilitary “stack” about to raid a suspected drug location had a negligent discharge… which just happened to hit one of the suspects in the head:


A 35-year-old Ross County woman is dead after she was shot in the head during a raid Wednesday on U.S. 23, and it appears the shot was fired from the weapon of a law enforcement officer, Ross County Prosecutor Matt Schmidt said Thursday.

The dead woman is 35-year-old Krystal Barrows, who was inside the home at 467 U.S. 23 South in Ross County when the U.S. 23 Task Force entered at about 10:30 p.m. Wednesday. Schmidt confirmed the death to the Gazette late Thursday.

Schmidt said the round was not intentionally fired, and it’s unclear whether the gunfire was the result of a weapon malfunction or user error. He stressed that he was not at the scene and is not a spokesman for the Ross County Sheriff’s Office, but he does serve as its legal counsel.

Let’s cut the bull, Schmidt: it was user error, and everyone knows it. True weapon malfunctions leading to a discharge are so rare as to be almost nonexistent. The officer had his booger-hook on the bang switch, flinched, and pulled the trigger. 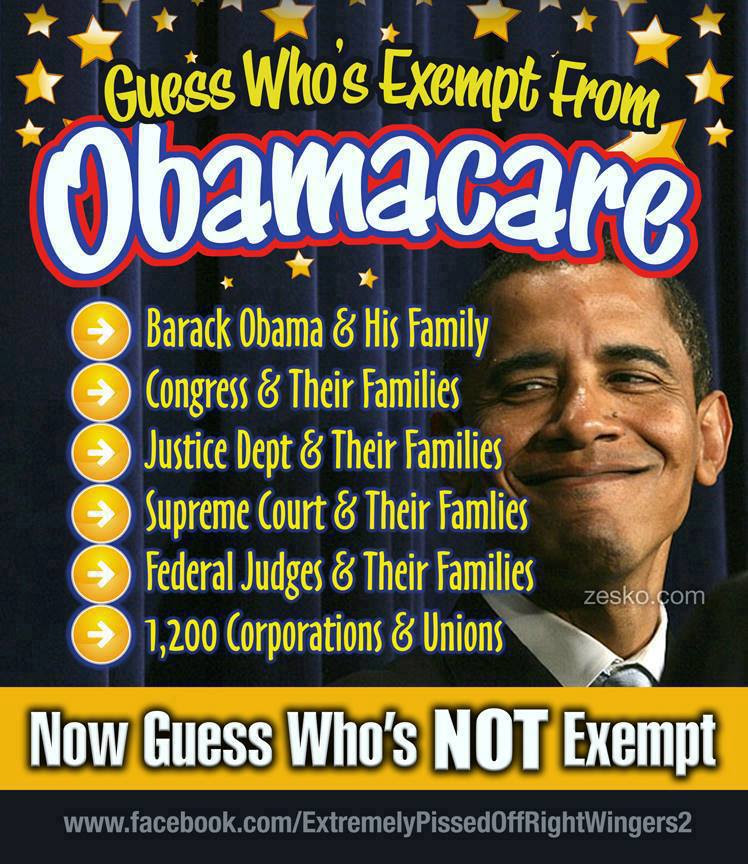 Nearly 15,000 enrollment records from Americans trying to sign up for Obamacare never made it to insurers

— but the federal government does not know which records never made it to which insurer.

The federal analysis merely compares the number of times Obamacare enrollees clicked “enroll” to the number of plans HealthCare.gov sent to insurers, according to The Washington Post. Consumers who send the vanishing enrollments, or “orphan files,” are not notified that their information has not been processed and an insurer did not receive sensitive financial and health-related data, meaning that they could be in for an unpleasant surprise when the Dec. 23 deadline — the last day for customers to sign up for health

But government officials insist that less than one percent of enrollments disappeared into cyberspace since early December, even though their data does not include duplicated and erroneous enrollments.


More @ The Daily Caller
Posted by Brock Townsend at Sunday, December 15, 2013 No comments:


Were you worried that ObamaCare was maxing out as a source of comedy gold? Hmm, not even a little worried? Well, fine, but here is some more Obama-induced hilarity anyway; today's cast of thousands is the creative upper crust of Manhattan, so you know they voted for this:

Many in New York’s professional and cultural elite have long supported President Obama’s health care plan. But now, to their surprise, thousands of writers, opera singers, music teachers, photographers, doctors, lawyers and others are learning that their health insurance plans are being canceled and they may have to pay more to get comparable coverage, if they can find it.

More @ Just One Minute
Posted by Brock Townsend at Sunday, December 15, 2013 No comments:

In October 1944, at age eighteen, I was drafted into the U.S. army. Largely because of the "Battle of the Bulge," my training was cut short, my furlough was halved, and I was sent overseas immediately.

Upon arrival in Le Havre, France, we were quickly loaded into box cars and shipped to the front.

When we got there, I was suffering increasingly severe symptoms of mononucleosis, and was sent to a hospital in Belgium. Since mononucleosis was then known as the "kissing disease," I mailed a letter of thanks to my girlfriend.

By the time I left the hospital, the outfit I had trained with in Spartanburg, South Carolina, was deep inside Germany, so, despite my protests, I was placed in a "repo depot" (replacement depot). I lost interest in the units to which I was assigned, and don't recall all of them: non-combat units were ridiculed at that time. My separation qualification record states I was mostly with Company C, 14th Infantry Regiment, during my seventeen-month stay in Germany, but I remember being transferred to other outfits also.

In late March or early April 1945, I was sent to guard a POW camp near Andernach along the Rhine. I had four years of high school German, so I was able to talk to the prisoners, although this was forbidden. Gradually, however, I was used as an interpreter and asked to ferret out members of the S.S. (I found none.)

Though much worst for the South Vietnamese we deserted. 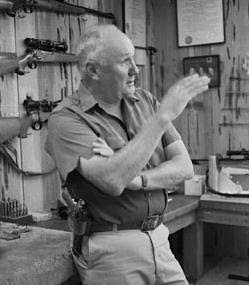 "I have been criticized by referring to our federal masked men as 'ninja' ...

Let us reflect upon the fact that a man who covers his face shows reason to be ashamed of what he is doing.

A man who takes it upon himself to shed blood while concealing his identity is a revolting perversion of the warrior ethic.

It has long been my conviction that a masked man with a gun is a target. I see no reason to change that view."
Posted by Brock Townsend at Sunday, December 15, 2013 4 comments: There is the idea among conservatives that if we elect enough Republicans, we can straighten out the political mess the Democrats have made of this nation. That somehow Republicans will come to power and erase Obamacare, nix the NSA, take Homeland Security in hand, reduce taxes and balance the budget. This idea comes from their campaign literature. This is what they run on time and time again: restraining government, reducing taxes, market oriented solutions to our problems. This is what conservatives vote for over and over, but just like the ethnic and racial minorities on the Democratic side of the equation, the problems never get fixed.

Black unemployment is higher than it has been over the recent past. Poverty, if based on the number of unemployed (actual unemployment, not the phony numbers put out by the Labor Department); those on food stamps; those on welfare; those on subsidized housing, is at an all-time high. Giving out disability status to all who ask is just another form of voter block purchasing. Buying the vote with federal dollars continues with some idea that our economic situation can be fixed by transforming America into a socialist, or even communist nation. All it will take is time to get enough people on the federal dole to provide a permanent voting block required to take the next steps toward communism. The last election proved that this has already been accomplished.

Ethnic and racial minorities, however, will never see the fulfillment of the promise made to them by Democratic leaders. They will not get a piece of the pie, because the government is steadily consuming the pie before showing the crust to anyone else.

Unfortunately, conservatives are drinking the same Kool-Aid as every other voting block. The problem is government, not who runs it.

Via Cordite In The Morning 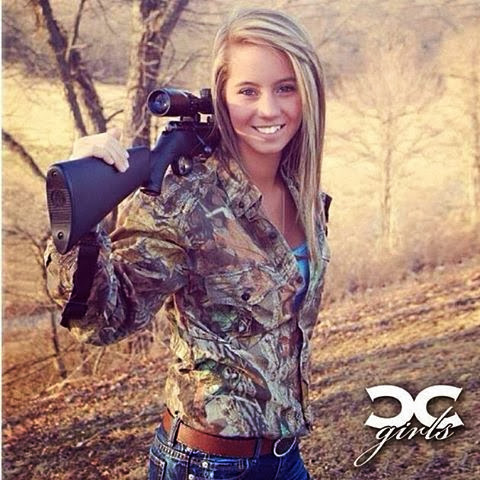 Lying to protect “the big lie” of gun free zones

........the shooter’s name was released, and the world was made aware of his radical political beliefs.


Thomas Conrad, who had an economics class with the gunman, described him as a very opinionated Socialist.

By this morning, that description had been edited without notice by the Denver Post. It now reads:

Thomas Conrad, who had an economics class with Pierson, described him as very opinionated.