A court ruling clears the way for hundreds and perhaps thousands of immigrants improperly expelled to Mexico from Southern California to be allowed to return to seek legal U.S. residency, an official with a civil rights group said on Saturday.


Attorneys from the American Civil Liberties Union contended in a lawsuit on behalf of roughly 10 plaintiffs expelled to Mexico that the immigrants were tricked or coerced into signing their own expulsion orders.

U.S. officials and the ACLU reached a settlement last August to prevent immigration authorities from pressuring undocumented immigrants in Southern California to sign off on their expulsions to Mexico. The agreement laid the groundwork for a broader class of expelled immigrants than the original plaintiffs to potentially return to the United States.

Is Obama's endgame to turn the US and Europe against Israel and Jews?

You don't have to be a political genius to see that one of Obama's desired outcomes is for the world to turn against Israel and Jews.

Does that sentence make me sound like a conspiracy theorist or paranoid? If it does it's only because everyone is out to get me.

For even the most casual of observers of Barack Obama's foreign policy and national security moves since taking office, one would have to say that the majority have outright failed and that, despite Secretary of State John Kerry's empty rhetoric and assertions to the contrary, the world is most definitely not a safer place today than when the President took office.
More @ The Political Commentator
Posted by Brock Townsend at Sunday, March 01, 2015 8 comments:

The Last Days in Vietnam is an Oscar-nominated documentary covering the very end of South Vietnam, in April, 1975. Rory Kennedy’s dramatically sad and horrific documentary is both difficult (for a Vietnam Veteran at least) to watch and a chronicle of American compassion and angst. The fall of a democratic society to Communist tyranny should be lamented by Americans, who sacrificed greatly in their defense. It is a film of pathos, frustrating and yet strongly uplifting at times as American soldiers, diplomats and newsmen risk their careers and their lives to save Vietnamese friends from the invading North Vietnamese Army.

Uplifting, unless you’re Associate Professor Christoph Giebel of the University of Washington, Seattle. In a review of the film posted to the website of Vietnam Scholars Group (sic) by Professor Giebel, the film is “dangerously simplistic,” and “much more of a commentary on current US culture—steeped in nationalistic discourses of exceptionalism, thoroughly militarized, and narcissistic—than a reflection of its actual quality.” In fact, the film “is the worst attempt at documenting the war (he) has seen in a long time.”

Aside from the obvious fact that the film is not attempting to document the war but the final American evacuation from the war, Professor Giebel’s statement that the first twenty five minutes of the documentary “quickly abandon all pretense of historical accuracy or balance” quite adequately describes his own (following) rant about the Vietnam War.

Al Sharpton: the ‘Least Expensive Negro, Just Give Him $50,000 and a Bucket of Chicken and We’re Good’

Entertainment figure Byron Allen is among a group of black media owners that filed a $20 billion discrimination lawsuit against Comcast and Time Warner Cable — which called the employment of MSNBC’s Al Sharpton “a sham, undertaken to whitewash Comcast’s discriminatory business practices” — and Allen just went off against Sharpton, corporate America and even President Barack Obama.

Appearing on CNN’s “Reliable Sources” Sunday morning, Allen was angry particularly over his belief that a number of corporations ignore other black figures but do business with Sharpton because he’s the “least expensive negro.” 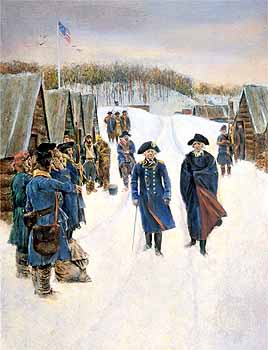 and, we have largely ignored the foundation of that state, the "condition" that makes such a state possible, for to examine this subject brings us perilously close to understanding.

the "foundation" of tyranny is the individual totalitarian citizen.

A new study from the Freedom Foundation in Washington state has uncovered several former teachers who have had their teaching licenses revoked due to things such as child molestation and other sexual abuses are still receiving their pensions.

A total of 22 teachers have hauled in over $5.1 Million in “retirement” during and after their time behind bars. Mr. Obama’s threat reportedly deterred Israeli Prime Minister Benjamin Netanyahu from dispatching warplanes into Iran after Israel discovered that the U.S. had entered into secret talks with Tehran and that the two countries had signed an agreement, according to Kuwaiti newspaper Al-Jarida.

Al-Jarida also reported Sunday that “well placed” sources confirmed an unnamed Israeli minister disclosed the plan to Secretary of State John Kerry, and that Mr. Obama replied by warning that he would foil the plan by shooting down Israeli jets before they could reach their target destinations.

How many water balloons to stop a .44 caliber bullet?

"Anyone who does not respect 30 percent of the world’s population has no right to live.”

The words offer chilling insight into the mind of a radical Islamist: “We will defend our religion with our blood.”

Najmuddin Faraj Ahmad, known commonly as Mullah Krekar, was arrested on Thursday because of what he said in an interview with Norwegian TV station NRK.

The opening ceremony, ribbon cutting, and unveiling of exhibits will commence at 10:00 a.m. The festivities will be followed by a 150th commemorative program "We are prepared to blow our gallant little boat to pieces" focusing on the anniversary of the Battle of Wyse Fork and final days of the CSS Neuse. There will be fun for the whole family with lectures, living history demonstrations, displays about military and civilian life, battlefield tour of Wyse Fork, and live music. Admission is free, and open to the public.

The Theory of Everything

One of the best I have ever seen.
Posted by Brock Townsend at Sunday, March 01, 2015 No comments:

In the modest and unassuming manner natural to this column, I advance a small proposal for the emendation of such tatters of the Constitution as can be found: For voting in federal elections, we should employ a literacy test to disenfranchise the majority of the population, to the infinite betterment of the country. This wise move should be accompanied by an increase in the voting age to twenty-five.

The necessity cannot be denied. Consider the following:

Twenty-six percent think the sun goes around the earth.

These numbers may be understood in various ways. To a curmudgeon, who obtains a sour satisfaction from the endless repetition of human folly, they provide the satisfactions of confirmation.  We all enjoy being right. In practical terms, they mean that democracy, or our mild approximation thereto, is a sham, a fraud, an impossibility, and a bad idea. No one so blankly ignorant, so mentally without furniture, so muddle-headed, limited, and barren, should be allowed within hailing range of a voting booth.

Norway Just Deported 824 Muslims, Every American Needs To See What Happened Next

Norway recently made the controversial decision to deport a large amount of Muslims with ties to radical groups.

Despite all the liberals in Norway deeming this “racist”, the logical party went ahead with it and the result almost shut down every opposing voice in the government instantly. This is one of the best stories we have eve seen come from such a liberal area of the world.

When a Nigerian Girl Refused to Be Searched, the Crowd Suspected She Was a Suicide Bomber — So They Beat Her to Death

A spate of suicide bombings has been blamed on Nigeria’s home-grown Boko Haram Islamic extremist group, which wants to enforce strict Islamic law across Nigeria. The group has threatened to disrupt Nigeria’s March 28 presidential and legislative elections, saying democracy is a corrupt Western concept.

In Bauchi, the two girls aroused suspicion by refusing to be searched when they arrived at the gate to the vegetable market, said yam vendor Mohd Adamu. People overpowered one girl and discovered she had two bottles strapped to her body, he said. They clubbed her to death, put a tired doused in fuel over her head and set it on fire, he said.

20 British teenage girls have gone to Syria to join ISIS

Nearly 20 teenage girls have travelled to Syria to join Isil in the past year after being "carefully prepared" for travel to ensure they don't stand out, one of Britain's most senior counter-terrorism officers has revealed.

Deputy Assistant Commissioner Helen Ball, the Metropolitan Police's National Coordinator Counter Terrorism coordinator, said that the number of British girls travelling is a "growing problem" as she urged the authorities to be "vigilant".