Pavlich: Of course the left is coming for your guns

In the wake of evil men carrying out unspeakable atrocities good people can’t fathom, understand or relate to, the left takes aim at the tool that was used. After Parkland, firearms are again at the center of the national debate and anti-Second Amendment organizations like Everytown are behind yet another push for expansive gun control.

We’ve heard the narrative before. We need “commonsense” gun laws. We just need “universal background checks” and registration. We’re not coming for your guns or even trying to ban them, we simply want more “safety.” We support the Second Amendment.

Of course the left is coming for your guns, and their own words prove it.

Rocker Ted Nugent says a Parkland, Florida, school shooting survivor who's become an outspoken advocate for gun safety is "so brainwashed" he probably can't be fixed.

Nugent says high school student David Hogg and his classmates are "not very educated" and "wouldn't know an AR-15 from a pterodactyl."

The longtime member of the National Rifle Association's board of directors spoke Monday on the "Curtis and Cosby" show on New York's WABC Radio, continuing a tirade against the students.

As a caravan of more than 1,000 migrants makes its way across Mexico with the hopes of entering the United States, how and where those migrants enter the country remains unknown.

It is assumed officials in California will welcome them should they attempt to enter the country there, but Texas Gov. Greg Abbott has other plans should they hope to enter via his state.

In a tweet posted Sunday, Abbott sent out a reminder that it’s not just U.S. Customs and Border Patrol agents manning the entry points to Texas.

Cal Thomas: We're heading for a breaking point in Washington

At dinner with friends, I was asked what is wrong with Washington. The question presumes a standard by which “wrong” can be defined.

I am frequently asked this question by people who do not live in “the swamp.” They don’t behave like Washington politicians. If a disagreement arises in their personal or professional life, they discuss it and usually compromise and work things out. Only in Washington, they note, does this rarely happen and when it does it makes headlines.

The most obvious answer to the question I am asked — often before the appetizer arrives — is that it is about power, about raising money to achieve it, and then holding onto it once you’ve gotten it. A corollary is that if an issue is actually resolved, it disappears as a fundraising and electoral tool.

Trump on 'Caravan' of Migrants: US Military Will Guard Mexican Border Until Wall Is Built


President Trump said he has spoken to Defense Secretary James Mattis about the U.S. military being used to police the southern border.

"Until we can have a wall with proper security, we are going to be guarding our border with our military. That's a big step," he said at the White House, expressing dismay at a caravan of migrants making their way from Honduras to the U.S. border.

According to a BuzzFeed report, the caravan was organized by People Without Borders. Many planned to apply for asylum at the border in the U.S. or slip in undetected.

Trump said other countries are laughing at the U.S. immigration laws, which he said "are so weak and so pathetic" that the migrants would be allowed to enter. He said under the Obama administration's policies, the migrants could be released into the U.S. with a court date, but that many would never show up to court. 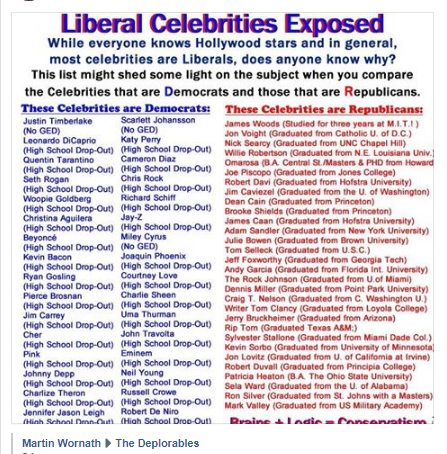 Posted by Brock Townsend at Tuesday, April 03, 2018 No comments:

Donald Trump can claim another victory after Mexican authorities agreed to disband the illegal alien caravans working their way through Mexico towards America.

“Mexican immigration authorities said they plan on disbanding the Central American caravan by Wednesday in Oaxaca. The most vulnerable will get humanitarian visas,” tweeted BuzzFeed reporter Adolfo Flores.

“Everyone else in the caravan, which has traveled through Mexico for days from Chiapas, will have to petition the Mexican government for permission to stay in the country or will have to leave,” he added.

The Air Force has reversed its decision to punish a highly-decorated and respected colonel after he refused to publicly affirm the same-sex spouse of a retiring subordinate.

Col. Leland Bohannon was on the verge of being promoted to a one-star general when he was suspended from command in 2017. Orders were also handed down recommending he not be promoted.

The colonel was punished after he declined to sign a “certificate of spouse appreciation” for a retiring master sergeant’s same-sex spouse.