There were several children at the church service.

More @ The Gateway Pundit
Posted by Brock Townsend at Sunday, December 11, 2016 No comments:

“I’ve met the person who leaked them, and they are certainly not Russian and it’s an insider. It’s a leak, not a hack; the two are different things."


I have watched incredulous as the CIA’s blatant lie has grown and grown as a media story – blatant because the CIA has made no attempt whatsoever to substantiate it. There is no Russian involvement in the leaks of emails showing Clinton’s corruption. Yes this rubbish has been the lead today in the Washington Post in the US and the Guardian here, and was the lead item on the BBC main news. I suspect it is leading the American broadcasts also.

A little simple logic demolishes the CIA’s claims. The CIA claim they “know the individuals” involved. Yet under Obama the USA has been absolutely ruthless in its persecution of whistleblowers, and its pursuit of foreign hackers through extradition. We are supposed to believe that in the most vital instance imaginable, an attempt by a foreign power to destabilise a US election, even though the CIA knows who the individuals are, nobody is going to be arrested or extradited, or (if in Russia) made subject to yet more banking and other restrictions against Russian individuals?

Plainly it stinks. The anonymous source claims of “We know who it was, it was the Russians” are beneath contempt.

As Julian Assange has made crystal clear, the leaks did not come from the Russians.

Posted by Brock Townsend at Sunday, December 11, 2016 No comments:

RUSSIA TO DESTROY MERKEL: Sounds good to me:)

Via comment by Anonymous on Obama, Graham and McCain Make Political Hay Using ...

Moscow will escalate a decade long operation to boost support for the far-right and nationalist groups in Germany.

It comes as a CIA probe confirms Moscow helped Donald Trump win the US election though a series of cyber attacks.

A US official familiar with the investigation says Russian President Vladimir Putin will continue to wreck havoc.

Posted by Brock Townsend at Sunday, December 11, 2016 No comments:

What gun groups want from Trump

Just one month ago, the NRA was bracing for battle with a Clinton administration.

Now, the gun lobby is looking to tighten its grip in Washington with Trump taking the reins in the White House and Republicans maintaining control of Congress.


The NRA endorsed Trump and spent more than $30 million supporting him.

More @ The Hill
Posted by Brock Townsend at Sunday, December 11, 2016 No comments: 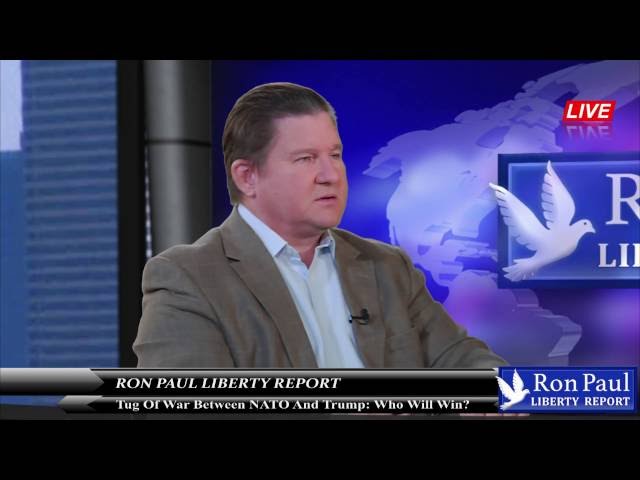 Governments spy to their advantage, and hacking is a method of spying. The U.S. government is a big-league hacker. Bloomberg reported this on May 23, 2013 in its article How the U.S. Government Hacks the World.

“‘When President Obama receives his daily intelligence briefing, most of the information comes from government cyberspies’, says Mike McConnell, director of national intelligence under President George W. Bush. ‘It’s at least 75 percent, and going up,’ he says.”

Moreover, we have reliable reports of aggressive U.S. computer weapons ready to be activated against Russia:

“U.S. military hackers have penetrated Russia’s electric grid, telecommunications networks and the Kremlin’s command systems, making them vulnerable to attack by secret American cyber weapons should the U.S. deem it necessary, according to a senior intelligence official and top-secret documents reviewed by NBC News.”

Against this background, it is almost pure political grandstanding and seeking of political advantage when Obama orders a review of election-related hacking. As a staunch Democrat and party leader, he wants to keep his party as cohesive and vibrant as he can. The election issue and the notion that the election was stolen due to Russia, Wikileaks, fake stories, etc. is one way to do this.

The 64-year-old veteran oil executive has no government or diplomatic experience, although he has ties to Russian President Vladimir Putin. The pick would put to rest weeks-long speculation of who would earn the post as the U.S.'s top diplomat, and would place Tillerson fourth in line to the presidency.