Canada was a source of many recruits for Lincoln’s army and his military agents used devious means with which to obtain enlistments. Illegally accepting a US Army commission and emoluments, British Col. (and Canadian Parliament member) Arthur Rankin tried to raise a regiment of Canadians by advertising for “farm laborers and stablemen” to go to Detroit with him. A violation of the Neutrality Act, he was arrested and dismissed from service. Author Adam Mayer’s book “Dixie and the Dominion is highly recommended for further reading.
Bernhard Thuersam, www.Circa1865.com

“John Allison was a slightly built, blond-haired boy of 15, whose only mistake was to talk to a stranger. One evening in July 1864, as Allison walked home for supper in the Canadian border town of Niagara Falls, a man stopped him and asked for directions. A shadow flitted across his face, a pungent odor filled his nostrils, and, as he would later tell his rescuer, “I became insensible.”

He regained consciousness to find himself facing an involuntary three-year hitch in the U.S. Navy. The youth had fallen victim to “crimps,” agents who made a living providing recruits to the [Northern] armies and navies. Ella Lonn, who in the 1940s and 1950s published landmark works of foreigners in Confederate and Union military service, called the work of the crimps and their customers “the worst scandal of the war.”

Seven days after the kidnapping, Allison’s name appeared in the Buffalo, New York, newspaper as having been mustered into the U.S. Navy. The British consul in Buffalo, a Mr. Donohue, reported the incident to Lord Richard Lyons, British Ambassador to the United States, calling the case one of the most heartless outrages” of its kind that he had ever seen.

He eventually found the boy in Sandusky, Ohio, some 350 miles from home, swabbing the decks aboard the gunboat USS Michigan. Donohue secured Allison’s release, took custody of him, and saw that he was returned home.

“The question arises whether British youths of less than 16 are to be enticed from their homes and enlisted into the military service of the US by officers who must be well-aware of what they are doing,” Donohue wrote to Lyons after July 25, 1864. “How many of these are drugged and brought over to this side it may be impossible to say. But a regular system is now organized by which men are passed over the frontier and kept stupefied with liquor until they enlist. I have no doubt whatsoever.”

Allison was one of perhaps a thousand victims of a dangerous and illegal cross-border trade in recruits for the Union army and navy. At the time of hi kidnapping in mid-1864, the trade was reaching its peak. Organized teams of crimps were based in Detroit, and in Buffalo and other points in upper New York State. They worked the Canadian side of the border, snatching boys off streets and pulling drunks from local bars. By whatever means necessary – coercion, mugging, alcohol, or potent drugs – the crimps harvested their victims, then bundled them into carriages or waiting boats and moved them across the nearest border.”

The unlawful traffic in human beings kept US-Canadian relations tense . . . and a secret Canadian police force was formed to combat it.” 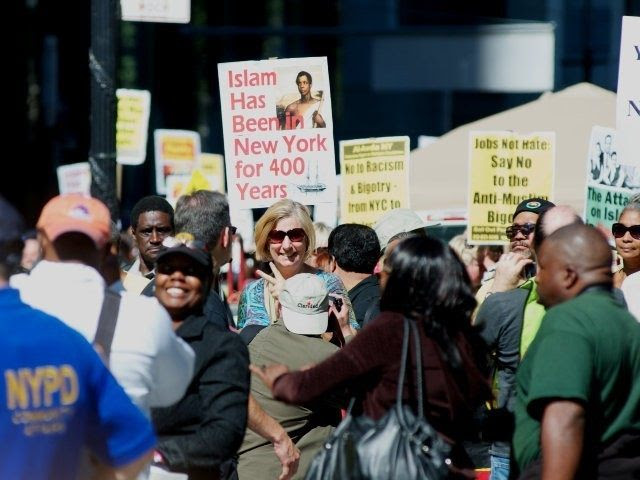 Dhimmi literally means “protected person,” and the term was originally applied to non-Muslims who capitulated willingly to Islamic expansionism between 638 and 1683, and who lived in Muslim countries as craven second-class citizens. A bit like the French in World War Two.

But with the latest maniac squad gun massacre in Paris this week, it’s hard to argue that our Islamic overlords are looking out for our best interests. Which rather makes the cloying obsequiousness doled out by the BBC and the fetid excuse-making from the Guardian in the wake of the Charlie Hebdo attack a little tricky to understand, doesn’t it?

Anyway, if you’re wondering whether you’ve accidentally inherited some of the characteristics of the modern liberal dhimmi, with his inexplicable, pathetic grovelling before sociopathic killers, here’s Breitbart’s handy guide to the top 12 signs you might be an unwitting sleeper agent of the New Caliphate.

1. You pronounce “Islam” as “Issslaaaaaaaaam” 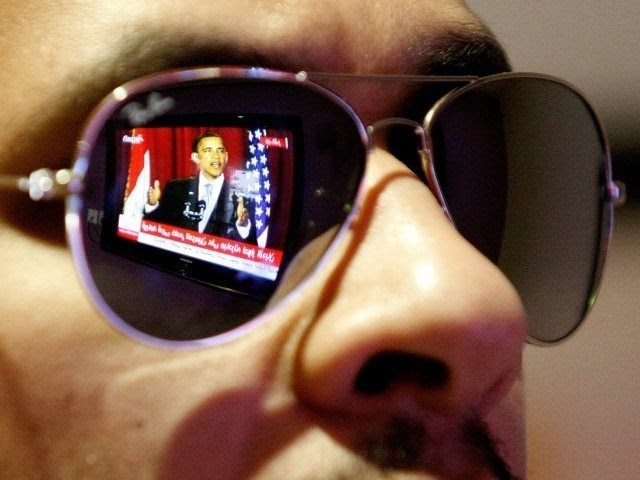 On Thursday, White House press secretary Josh Earnest announced that the Obama administration would prioritize fighting Islamophobia in the aftermath of the terrorist attack on Charlie Hebdo in France. Never mind that most Westerners aren’t Islamophobic, but rather

The real problem, according to the Obama administration, is lack of leadership in defending Islam:

Racist St. Louis PD posts video of looters that look like they COULD be Obama’s children!


As a person of honey beige color I am shocked and offended at the blatant racism of the St. Louis Police Department in this video they released of supposed looters to the public. Ostensibly they say they want the public’s help in identifying criminals, but it’s clear and obvious that they edited out all the white looters and only left in the black looters!

Watch below this scurrilous piece of video racism!

Cell phone or a gun?

The European Civil War: Elites vs People in a Fight for Survival 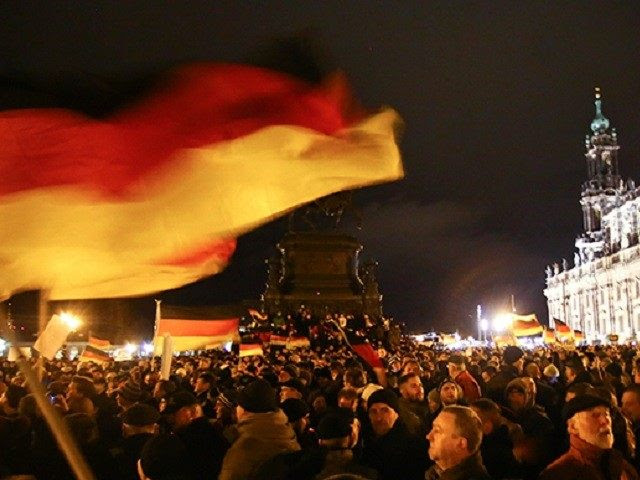 Europe is in a state of war: specifically, a civil war between the self-appointed elites who have destroyed much of the continent’s freedom, culture and prosperity and the insurgent populations they have deceived and enslaved. This is a war to the death; only one side can survive the outcome.

Try, as they say in the modern argot, to get your head round this. The people of Germany, like those of many other European countries, are feeling increasingly desperate about the imposition upon them of mass immigration – an inflow that is unending and which is largely composed of Muslims who are hostile to Christianity and the indigenous culture.

Well, you might think, that is a serious situation; but fortunately Germany is a representative democracy and when citizens make their concerns known to their representatives, the government will surely take steps to help them. Not so. German Chancellor Angela Merkel used her New Year’s Eve address to vilify her fellow citizens in the Pegida movement who are protesting against the Islamisation of the West.

According to their chancellor, these people who simply wish to live in a country that is recognisably Germany “have prejudice, coldness, even hatred in their hearts”.

Charlie Hebdo to Print 1 Million Copies in Defiance After Attack

Charlie Hebdo plans to publish a million copies of the satirical magazine known for its unapologetically irreverent cartoons on Jan. 14, after eight of its journalists were massacred this week by gunmen.

In what would be an act to show that “we can’t let them win,” the weekly will publish with the help of other French media organizations nearly 17 times its normal print run, its lawyer Richard Malka said on France Info radio today. The magazine, which has a circulation of 60,000, will have eight pages instead of the usual 16.

Nigel Farage: The biggest mistake governments have made – promoted multi-culturalism. 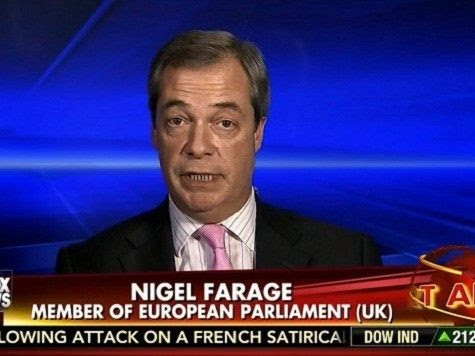 Nigel Farage has warned viewers of Fox News that Western societies are threatened by a “fifth column living within our own countries” that is “out to destroy our whole civilisation and our way of life”. The UKIP leader made his comments during an interview with Neil Cavuto about yesterday’s terrorist attack on the Charlie Hebdo magazine offices.

He said: “The first thing we have to do is recognise the mistakes of the past, let’s be absolutely frank and honest about this. We now have, within many European countries, and dare I say it within the USA too, a fifth column living within our own countries, people mercifully few in numbers, but people who are out to destroy our whole civilisation and our way of life.”

Terrorist attack in Paris is all over the news, and it should be, because it is something important, and we all should learn something from it, but do not let yourself be fooled and learn from it.

Freedom of speech is something that we all need to fight for, and this yesterday was grim reminder.
Over there in Paris people got simply attacked for something that should be normal for every man, to express his opinion about every subject. Freely!

The strategy of extremists is clear, divide society, so their idea of holy war can happen. When more people treat muslims bad, more muslims become radical. This strategy works and is why groups like ISIS grow.

Many people try to take advantage of situations like this. Some want you to be more suspicious of muslims, the government can approve new laws to control and monitor what we do more “to protect us”. Companies try to sell some services that they say keep all of us safer.

This is the big picture but some other things are more worrying. In my course and here I try to make people think a lot on local level.

People are killed in the middle of modern city. Those terrorist came out in the middle of the day, in combat gear, moved like professional soldiers (because at least one of them did spend time and probably trained in Iraq), and killed unarmed people without mercy. 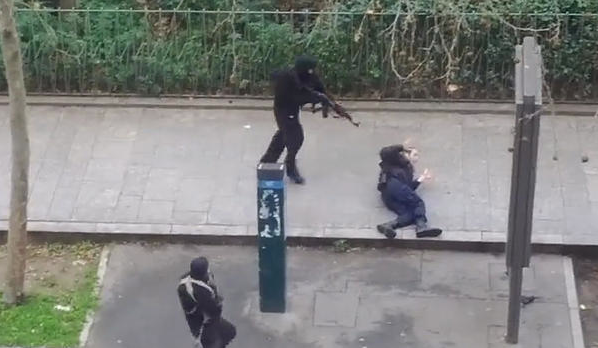 As usual, we're seeing most of the usual suspects telling the usual taqiyya, claiming that murdering people is against Islam, that it's just a few bad apples, that Christians do it too, that Charlie Hebdo had it coming, and so forth.

They are all lies. Islam is a religion of the sword and has been since its inception.

Christian popes are given names like Pius and Benedictus and Clemens. Islamic caliphs were proud to bear names such as al-Mansur "the victorious", which the Caliph of Cordoba assumed after his victory at the Battle of Torrevicente in 981. Furthermore, if it is reasonable to hold Christians today responsible for the actions of other Christians during the Crusades nearly one thousand years ago, how is it unreasonable to hold Muslims today responsible for the action of other Muslims yesterday? 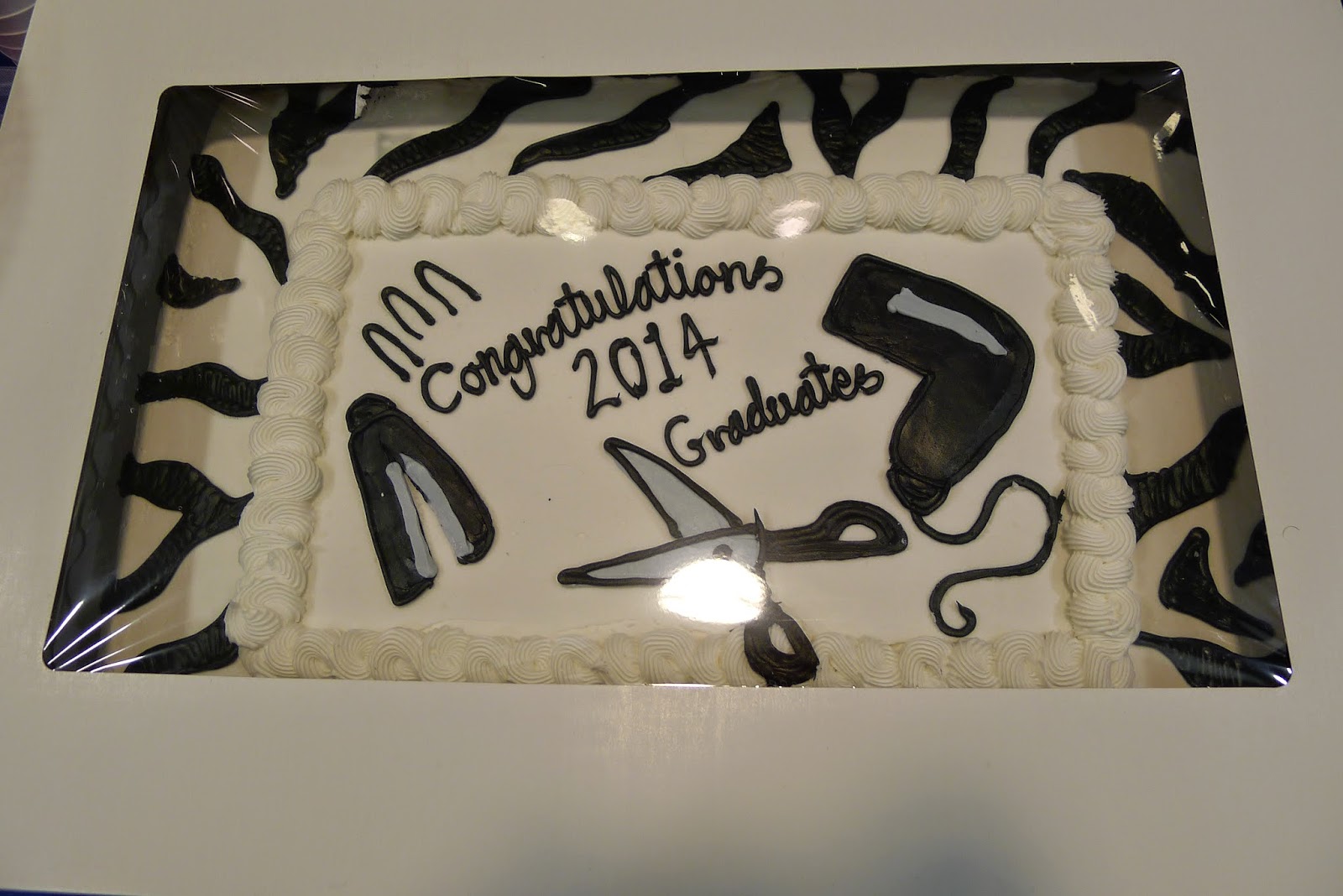 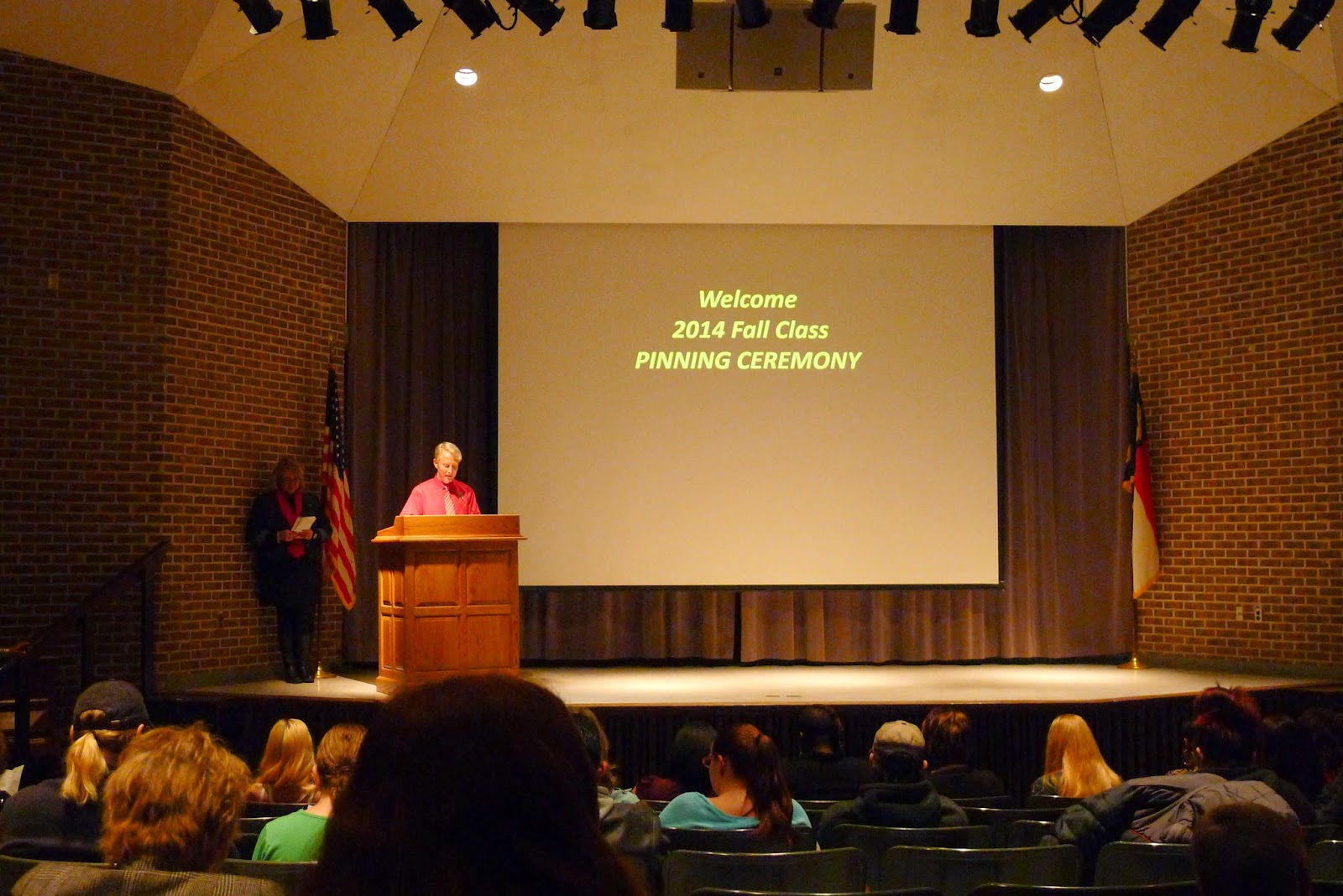 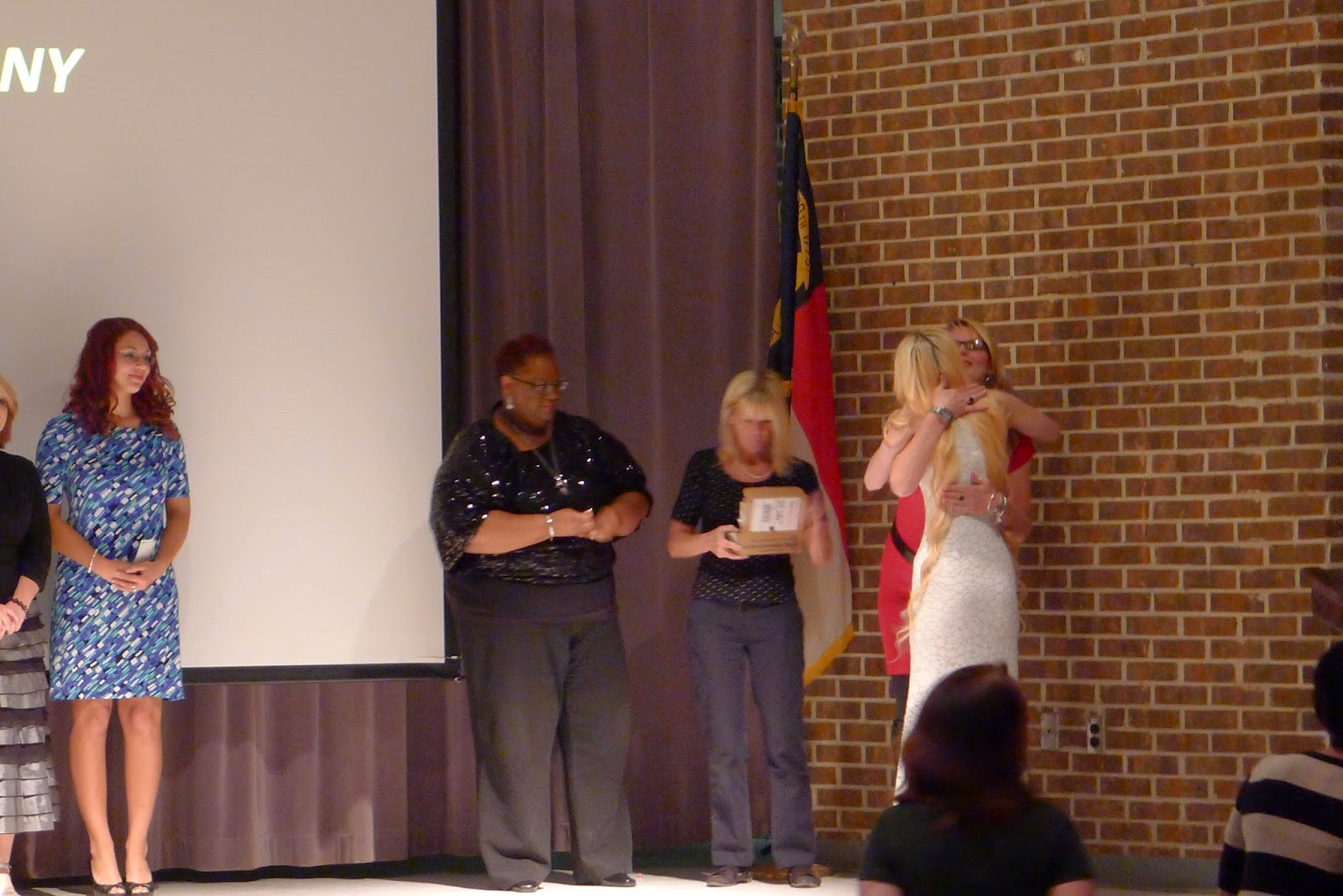 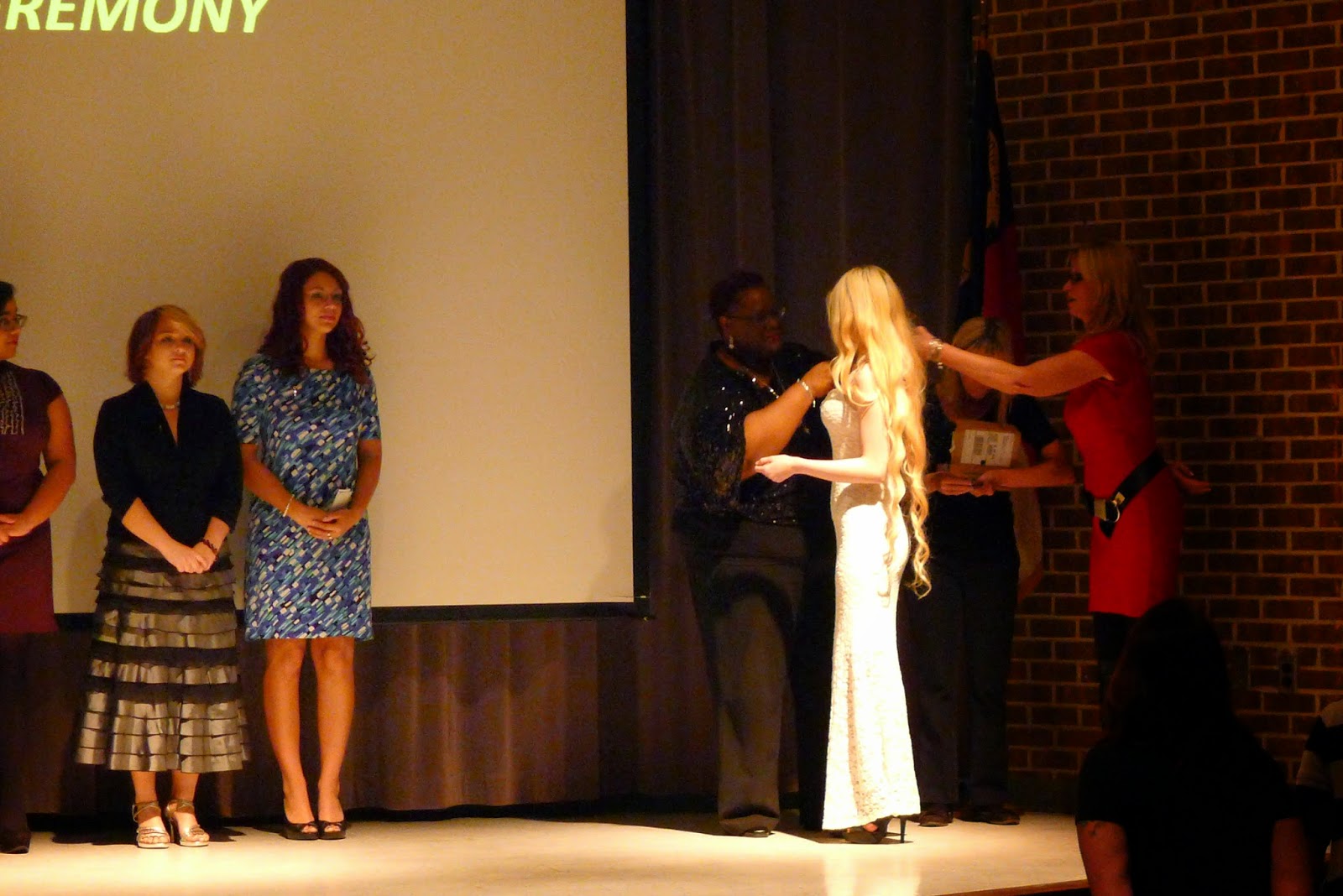 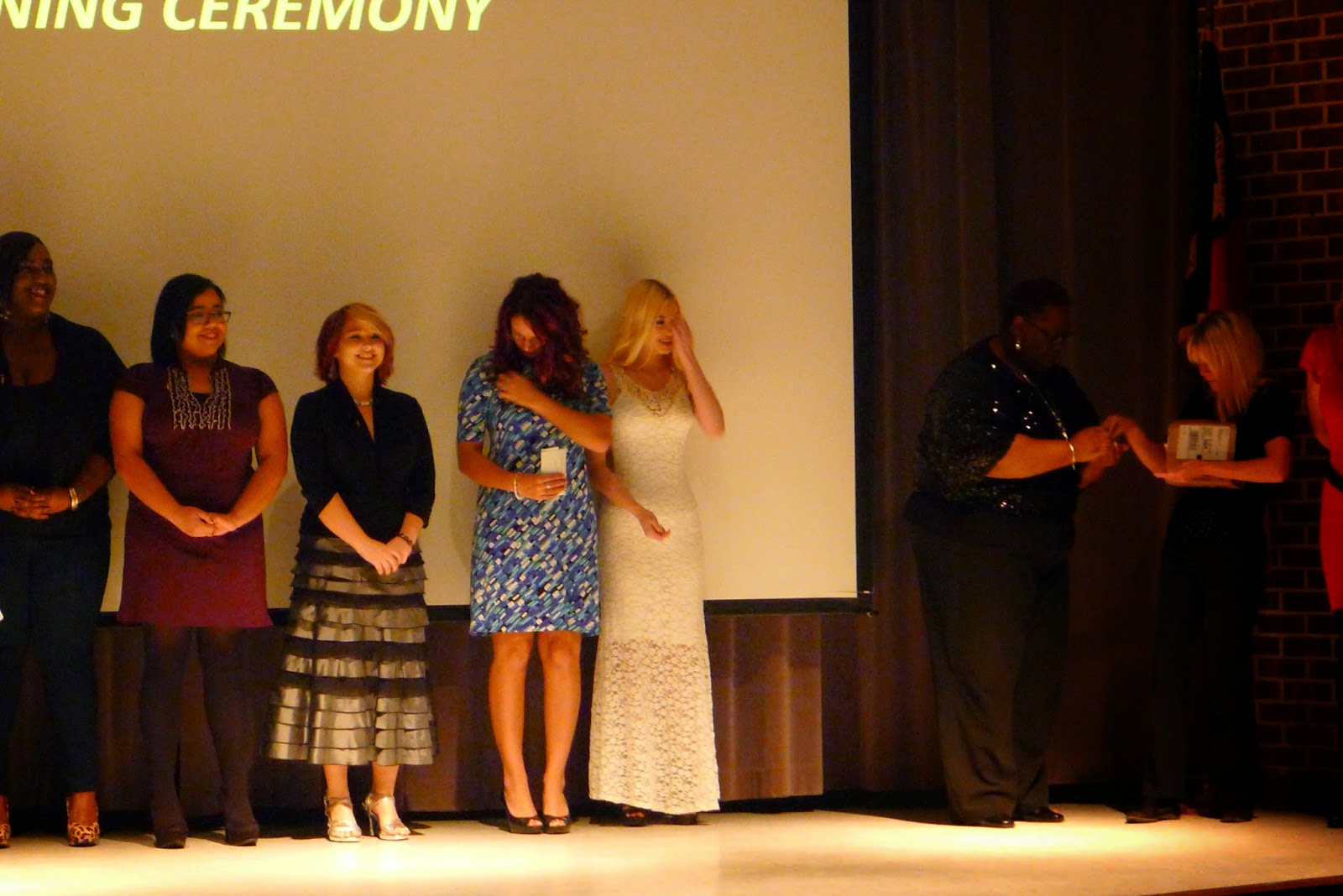 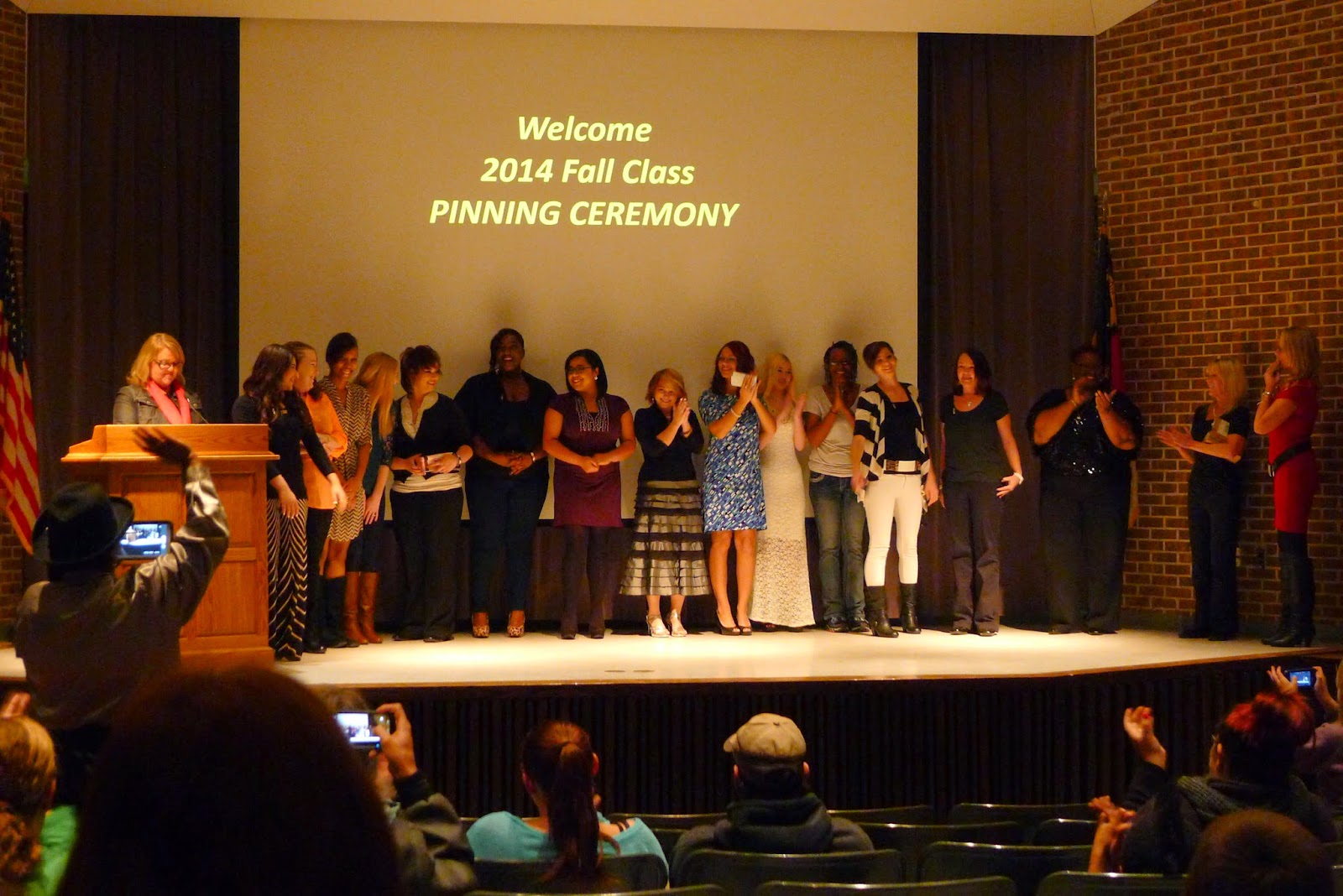 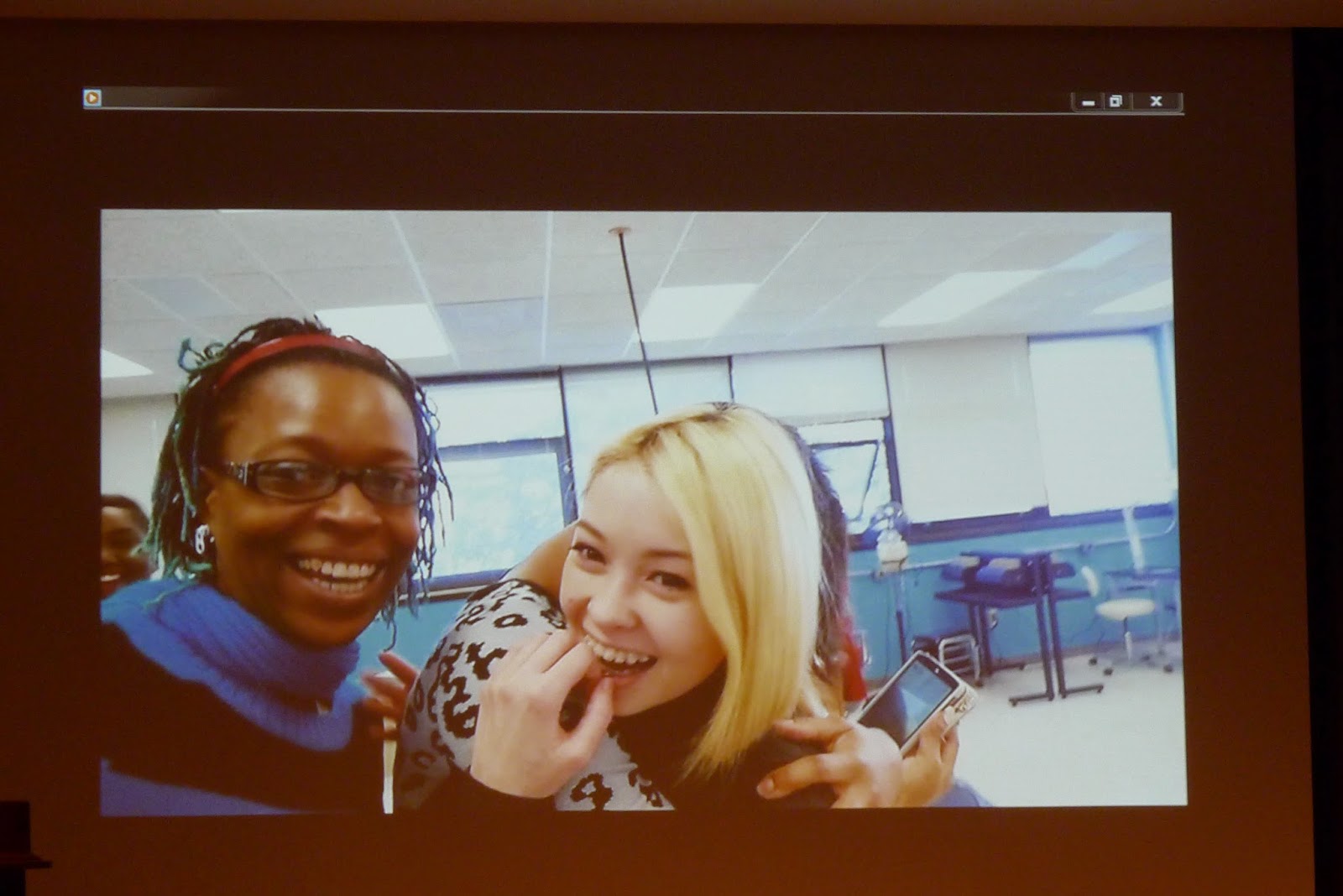 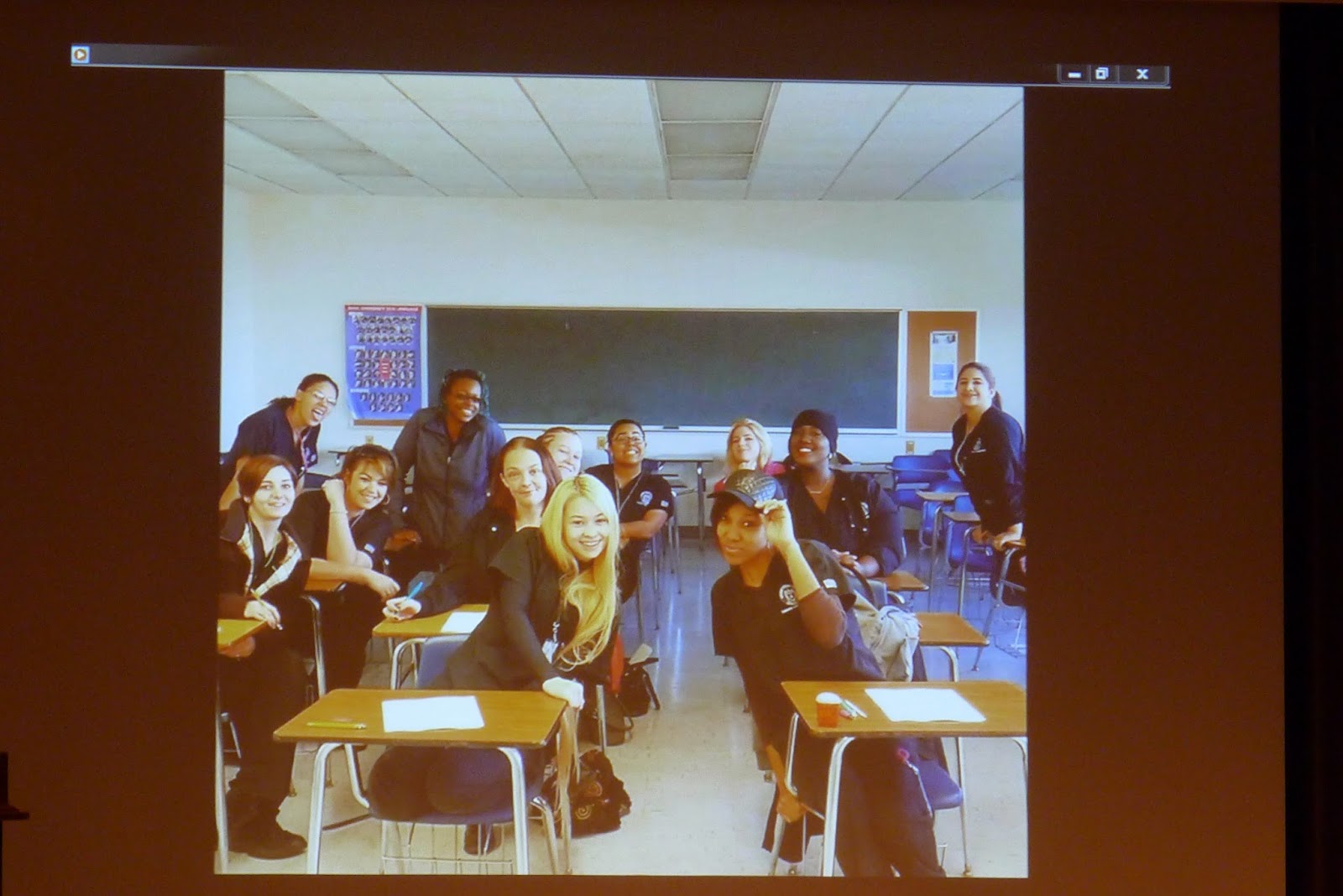 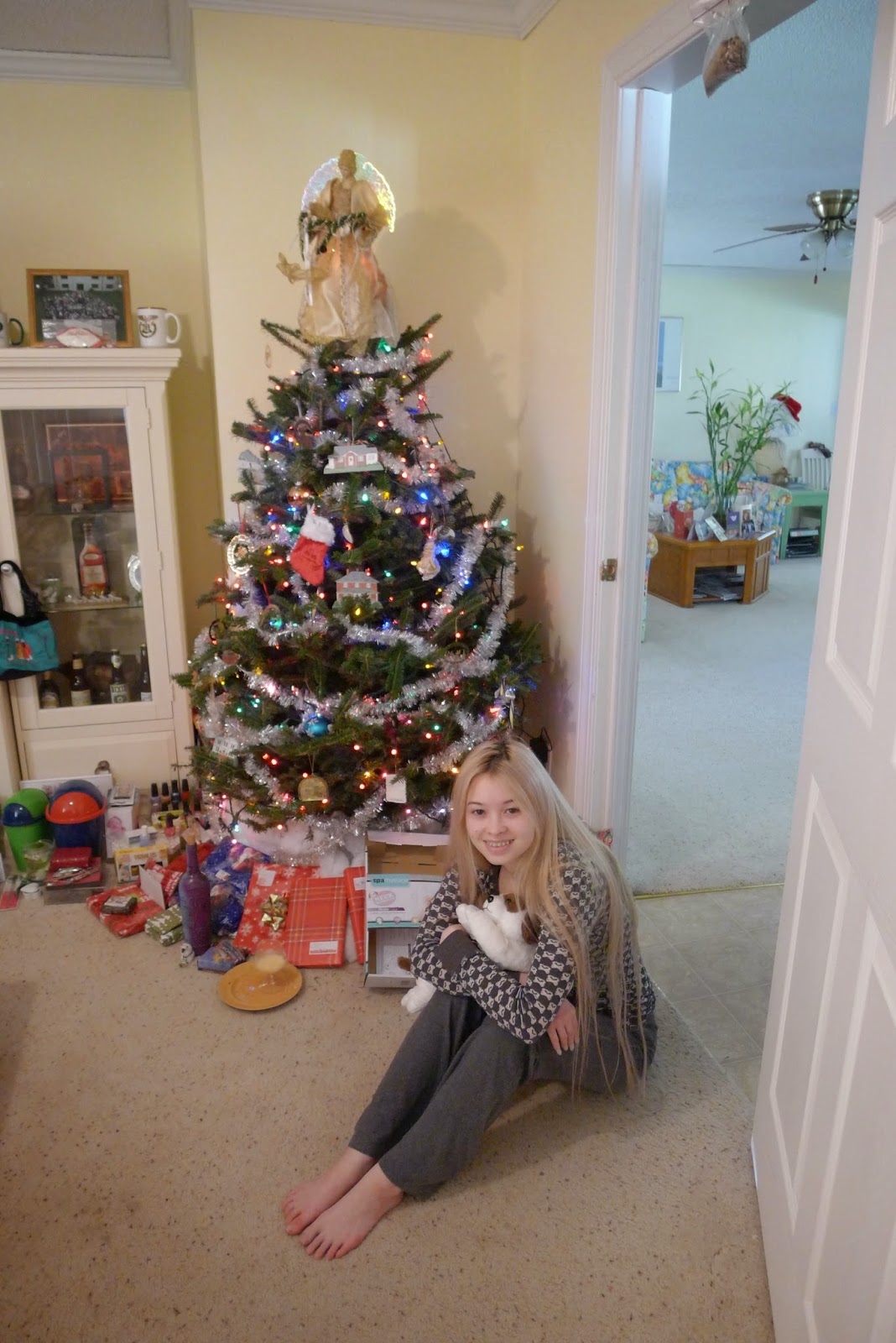 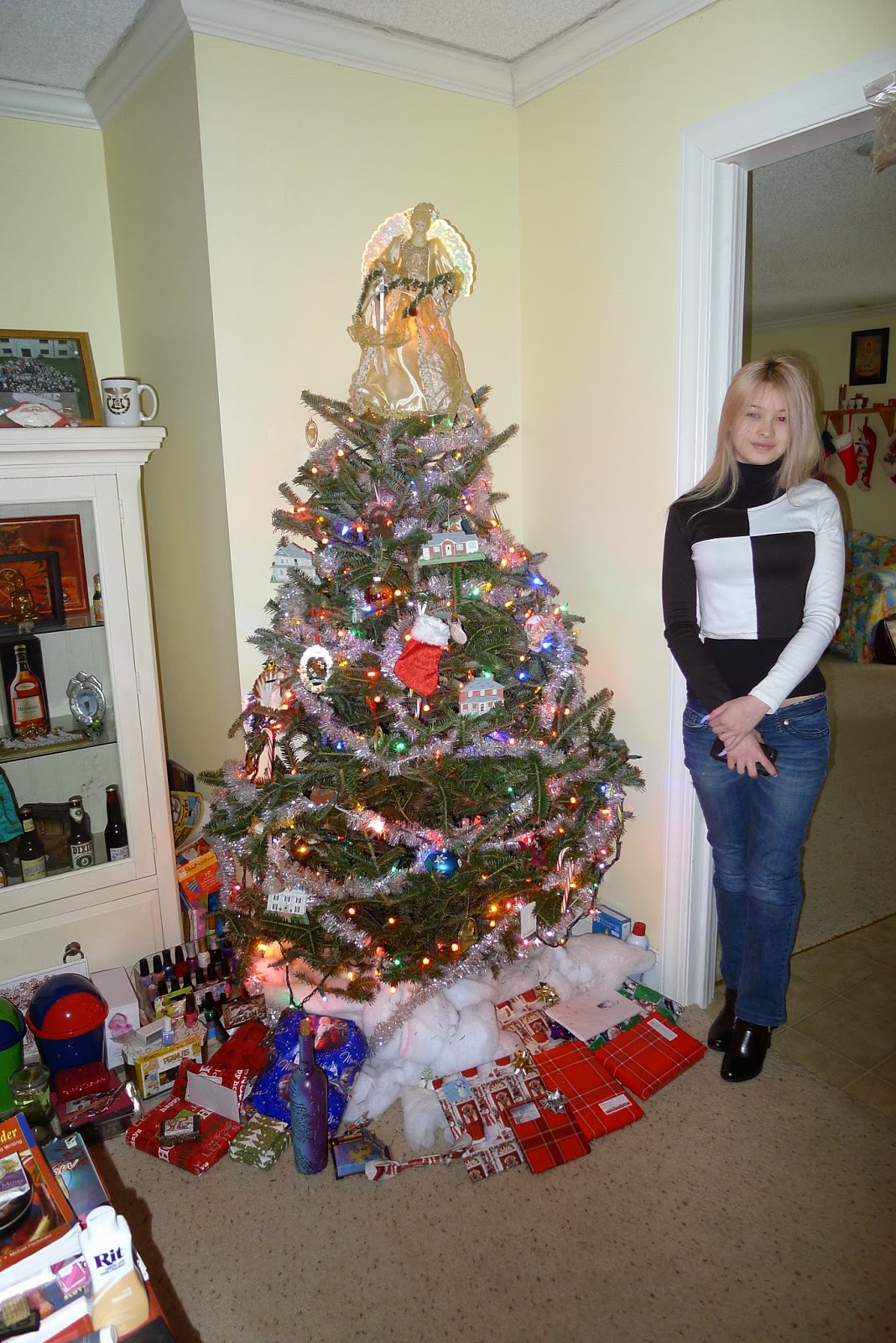 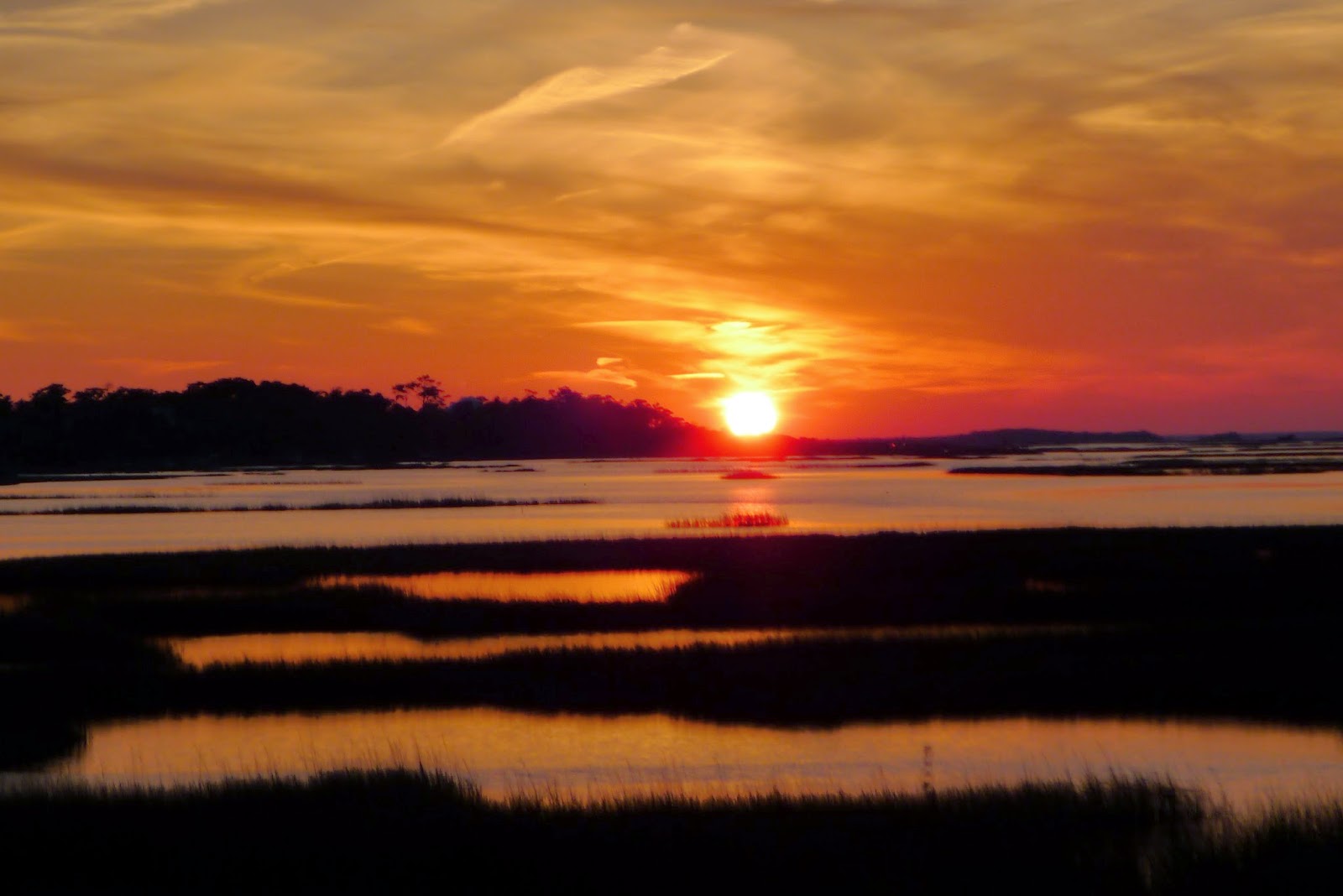 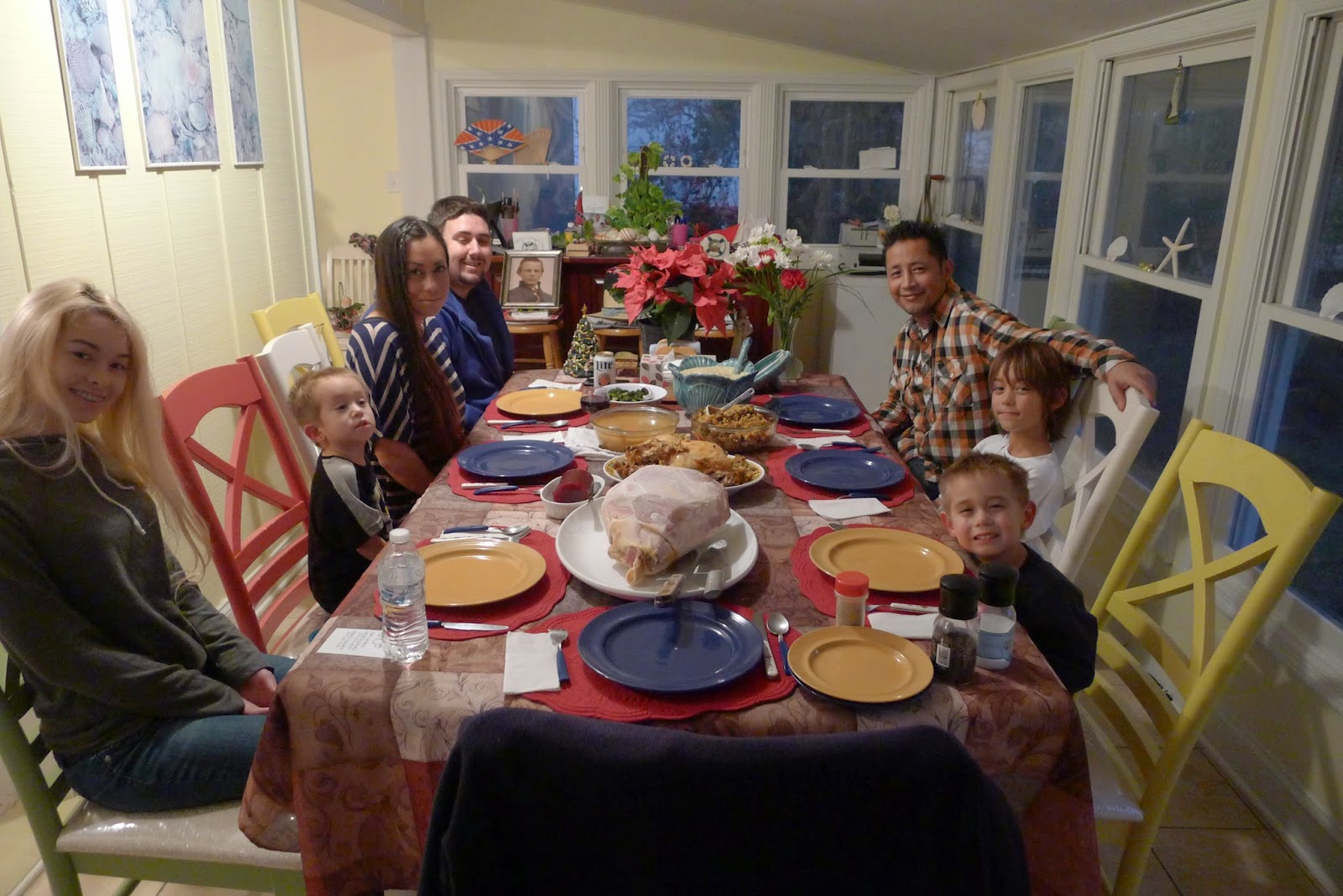 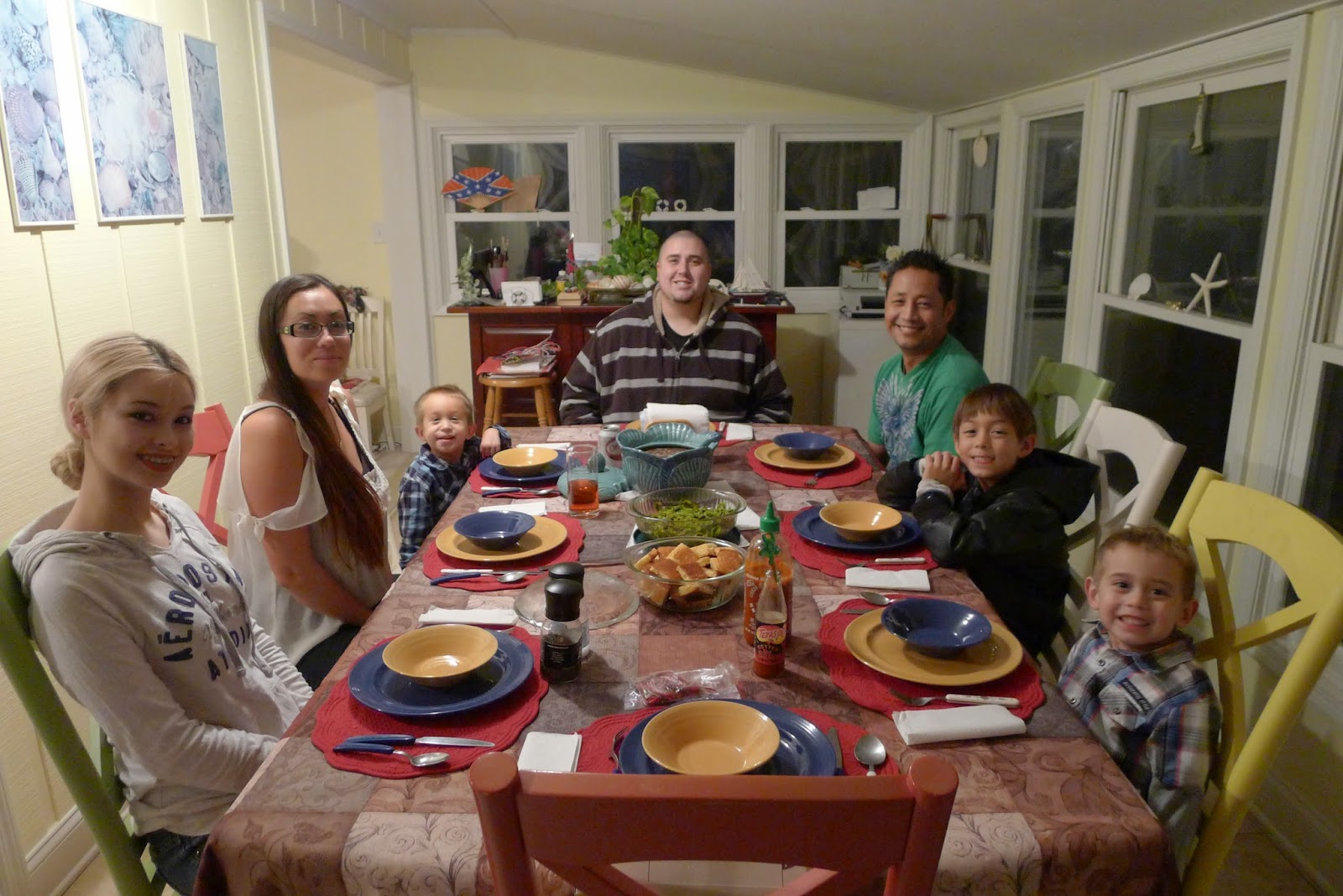 The One and Only Way to Deal with musloids. I Did It. The French Magazine Did Not. 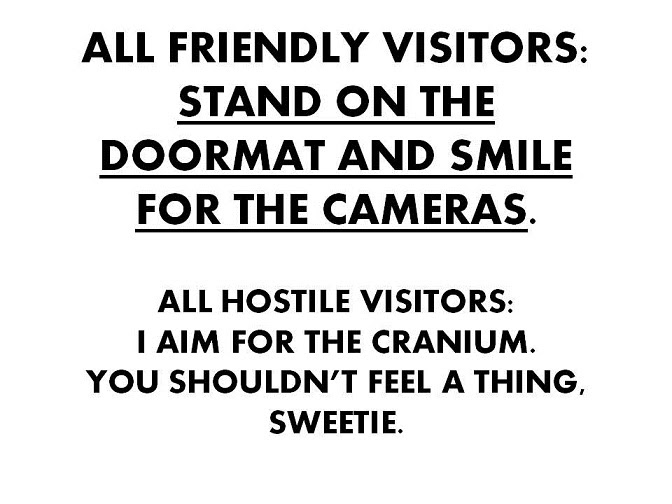 My sympathies to the families of the dead today in Paris, and my prayers for the souls of the murdered.

The only way to deal with musloids is to run at them as hard and as fast as you can – and mean it.  No bluffing.  No games.

What I did (reading and then burning, page by sickening page, the koran manifesto  bookmarked with raw bacon) was far, far more provocative than the French magazine’s cartoon of mohamed.  Why was there ZERO musloid backlash against me?  What did I do that the French magazine did not do?