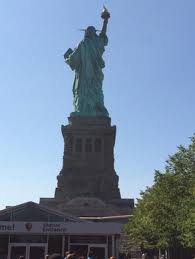 So if you’re wondering how all of this stops, how we return to normal, I will tell you what a friend told me: “There is no normal. There is only Clausewitz.” There is only absolute and total political war on this axis we face until we beat them into an unconditional surrender. The Left wants it that way because they think they can win. They want no holds barred total political war. Since we can’t escape it, I say we give it to them measure for measure.


My thesis is that the “Deep State mindset” is the reason behind it all. As I wrote only recently, the establishmentarian mindset is offended by the rise of Donald Trump and his unconscionable habit of keeping his campaign promises:


“This is the way things are done around here,” a superficially conservative attitude, has been the reflexive defense of establishments of all kinds. It couples nicely with the notion that only those who have “been around” should be trusted with the reins. They who prattle about “qualifications,” in speaking of a political candidate, are quietly invoking that idea. By triumphing over “the most qualified candidate in history,” Donald Trump smashed that precept to flinders. But the most interesting aspect of the matter was that our political establishment sensed the threat from “unqualified outsider” Trump in mid-2015, well before his popular support could materialize.

More @  Bastion of Liberty
Posted by Brock Townsend at Sunday, October 13, 2019 No comments: Links to this post 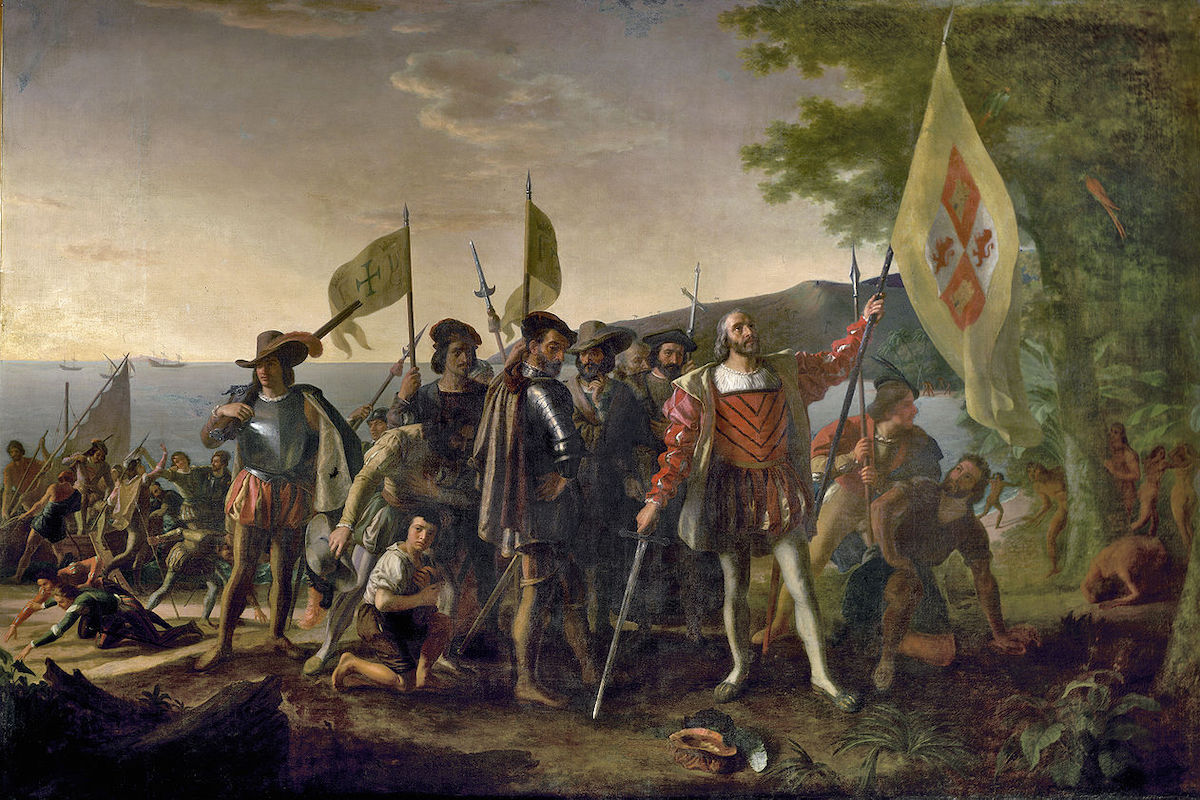 It was an Italian evening in late summer at the end of the previous decade, and I was having dinner outside in the shade of the Roman Colosseum—the emblem of a decadent Empire whose ruins were everywhere to be seen. One of my fellow diners, a young graduate student of Ancient History, suddenly made the disquieting observation that she could never speak ill of another culture. Not only was she unable to do so, but in fact she emphasized that she did not even have the right to do so.

When I asked her, alluding to her own Austrian roots, what she might say of a culture that produced, say, Adolf Hitler, she replied that she as an Austrian European may criticize European and Austrian culture, and consequently that brutal dictator.


More @ Quillette
Posted by Brock Townsend at Sunday, October 13, 2019 No comments: Links to this post

Can't We All Just Get Along?

Posted by Brock Townsend at Sunday, October 13, 2019 8 comments: Links to this post

Kurdish fighters said Sunday that Syrian government troops will help them fend off Turkey's invasion at the northern border, The Associated Press reported.

The decision to ally with Syrian President Bashar Assad came after President Trump ordered the withdrawal of U.S. troops from the northeastern part of the country, drawing backlash from Democrats and Republicans alike.

Turkish President Recep Tayyip Erdoğan launched an operation against Syrian Kurds last week shortly after the announcement of the withdrawal of U.S. forces.

Posted by Brock Townsend at Sunday, October 13, 2019 No comments: Links to this post

Rand Paul calls for probe of Democrats over Ukraine letter


Sen. Rand Paul (R-Ky.) on Sunday called for an investigation into the Democratic senators who sent a letter in 2018 to the prosecutor general of Ukraine requesting information on investigations into former Trump campaign manager Paul Manafort.

"If anything's consistent here, both parties have tried to involve themselves in Ukraine," Paul said.


More @ The Hill
Posted by Brock Townsend at Sunday, October 13, 2019 4 comments: Links to this post

& we wonder why the world is screwed up: Police Officially Charge 13-Year-Old Girl Who Pointed 'Finger Gun' at Classmates


A 13-year-old Kansas girl has been slapped with a felony charge for pointing a “finger gun” at her classmates.

“If someone makes a direct threat to another person to do harm to another person, that is considered criminal threat and that would be a felony,” Johnson County District Attorney Steve Howe said, according to WDAF.


More @ WJ
Posted by Brock Townsend at Sunday, October 13, 2019 No comments: Links to this post

Baptized with Blood at Manassas

Baptized with Blood at Manassas

“[Gen. Thomas J.] Jackson believed in the Southern cause, as if it had been a revelation from God . . . Jackson believed that the war of invasion was a heartless crusade against mankind and womankind, and the civilization of the South, and the higher law proclamation was the aftermath of the pernicious broadcasting of seed sown by Horace Greeley, Gerritt Smith and Joshua R. Giddings.

Jackson believed that the “Grand Army” in holiday attire, with flaunting banners and careering squadrons, were an aggregation of iconoclasts, fierce destroyers of images, creeds, institutions, traditions homes, country. So believed he when the “Anaconda” with panting sides drew back to strike.

Man to man, bayonet to bayonet, cannon to cannon, bosom to bosom, here was challenged the asserted right of coercion, of frenzy against frenzy, patriotism, anger, vanity, hope, despair; each facing and meeting the other like dark clashing whirlwinds.

There is . . . the order given, and the “old Stonewall Brigade” is hurled like an immense projectile against ranks of human flesh. There is a halt, a recoil; cannon spit out their fire, their hail, their death upon bosoms bared to the shock. “There stands Jackson like a Stonewall.” Under that name he was baptized with blood at Manassas.

Everywhere that faded coat and tarnished stars were the oriflame of battle and the old brigade followed them as if they had been the white plume of Navarre.

This incomparable leader never failed in a single battle from the day when with 2800 men at Manassas, where he cut their communications and decoyed their columns into the iron jaws of Longstreet’s reserves. Such achievements were not accidental. No maneuver could mislead the clear judgment that presided serenely in that soul of fire.

Lifeless eyes and voiceless lips now, had cheered these flags with the same joy that once greeted the eagles of Napoleon. Withered skeleton hands now, had borne them at the head of charging squadrons and battalions, the guidons of victorious armies – the guerdon of a nation’s trust and faith.

If out of the cold, dead white stars could come again the old gleam of light as it lighted up the line of direction over the mountain passes of Virginia and the valley of the Shenandoah, what a halo of glory would encircle Winchester and Gordonsville and Chantilly!

How dramatic the narrative; how truthful the history; how inspiring the reminiscence; how fully and completely vindicated the Old South – the lost cause! But there is no light in the stars, and the broad bands of blue upon the blood-red field are disfiguring scars upon the face of an incident long since closed, and closed forever, full of tragedy and patriotism.” 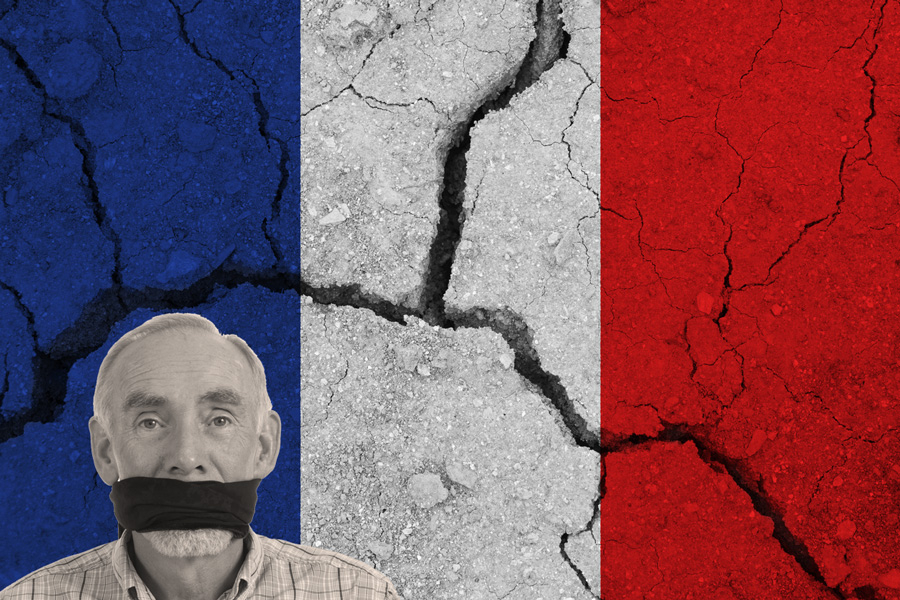 More @ The Gatestone Institute
Posted by Brock Townsend at Sunday, October 13, 2019 No comments: Links to this post

My sweet brother-in-law passed away this week and a part of my heart will be gone forever. He use to say I was just like his little sister. He most definitely was a big brother to me. Paul was at the hospital for all my boys births. My second sons birth has always been special to me as I had an emergency c-section and delivered at 32 weeks. When Virginia and my husband were talking to doctors in the other room another doctor came in to tell me all the complications of what could happend to me. Paul was right by my side. I started crying and he grabbed my hand and squeezed it. I felt a relief and stopped crying. Ironically my son Mykah that was born that day loved Paul. He always wanted to play with him. When he was around he would follow him everywhere so he could play with him and even jump on his back even when he wasn’t suppose to. When Mykah would act naughty Paul would laugh and say he was exactly like him when he was young and tell me stories of when he was a little kid. He called Mykah Dennis the Menace. If you ever hear me call Mykah that this is why. That day in the hospital a piece of Paul’s souls connected with Mykah. So now every time Mykah acts bad I’ll think of Paul. If he grows up to be anything like Paul the sweet gentle, hardworking man I knew I’ll have a piece of my boys to remind me of their Uncle. My favorite memories are the vacations we took together. One almost 20 years ago in Southeast Asia and one last year when my sister and him came to visit the boys and I. When people say to collect memories not things I thought I understood it until now. Now I really feel it in my heart. Those experiences are what connects me to him and show me what life should really be about. I’m heartbroken my family will be missing someone on our holidays and get togethers and the only thing that makes me happy is that one day we will all be together again. This week I have felt so much love, compassion and kindness from everyone. People I never knew hugging me like tomorrow may not happen. I hope in my brothers memory that all that love, compassion and kindness can continued on to our lives everyday because tomorrow is not promised. I love you Paul ♥️
Posted by Brock Townsend at Sunday, October 13, 2019 4 comments: Links to this post

The debate over the holiday has split more statehouses this year, growing heated as it touches on immigration, race and equality at a time when those issues increasingly divide the country.

WASHINGTON — Growing up on the Sandia Pueblo Reservation, New Mexico state Rep. Derrick J. Lente learned the same Christopher Columbus stories in school that his parents and grandparents had learned.

Posted by Brock Townsend at Sunday, October 13, 2019 No comments: Links to this post