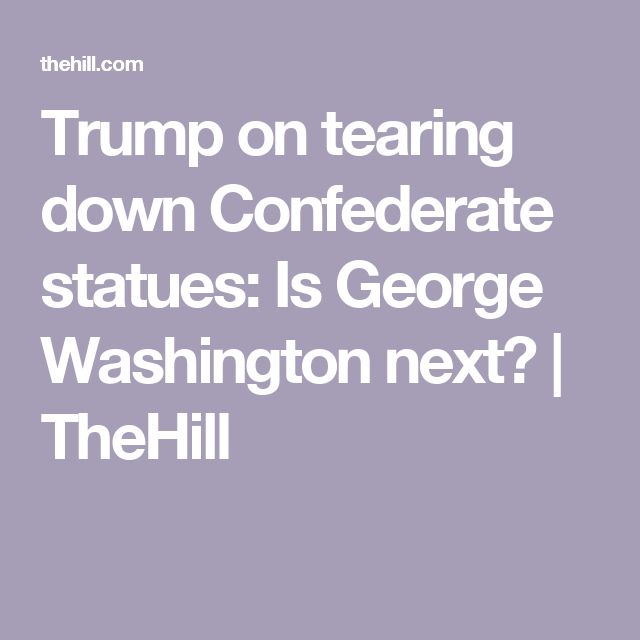 With the election of Rutherford B. Hayes by a one vote margin in the Electoral College, the Compromise of 1877 ended the era of Reconstruction in the minds of the people.  As Southern States were re-admitted into the Union, Federal troops stood down or returned to the North.  From about 1885 to 1924, before and after the 50th Anniversary of the War Between the States, there was a great sense of need for the spirit of forgiveness and reunification and remembrance of the greatest war Americans ever fought and hopefully ever will.  There was a great desire for conciliation and honor for those now aging and to those who had perished on the battlefields.  This was also the America Beautiful period in our history in which parks, public spaces, sculpture, urban landscaping and rebuilding was going on across the nation with a positive sense of making life more livable, civil and cultured. 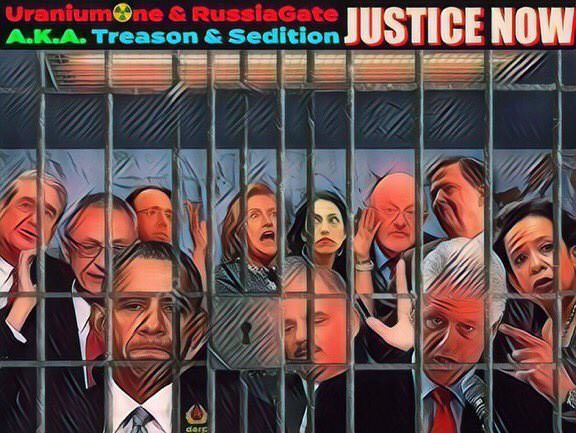 The FBI is coming unglued and the only thing holding it together are the agents themselves, continuing to mask over the obvious and complete corruption within their ranks. Let me ask the average FBI agent this question: If I were in full knowledge of criminal activity at my workplace and did nothing, would I not be somewhat culpable in the crimes committed there? What if I knew that my boss was falsifying bank records to avoid paying federal and state income taxes? Should I just turn a blind eye, or contact either the FBI or the IRS? Just curious, because it doesn't seem like there is any intention of the agents themselves, trained law enforcement personnel, to discover and expose or even take into custody any of the outright criminals within their ranks.

‘Do Not Talk to Me About Honor and Integrity!’ Steve Bannon Savages Entire Romney Clan After Mitt’s Insult to Vietnam Vet Roy Moore 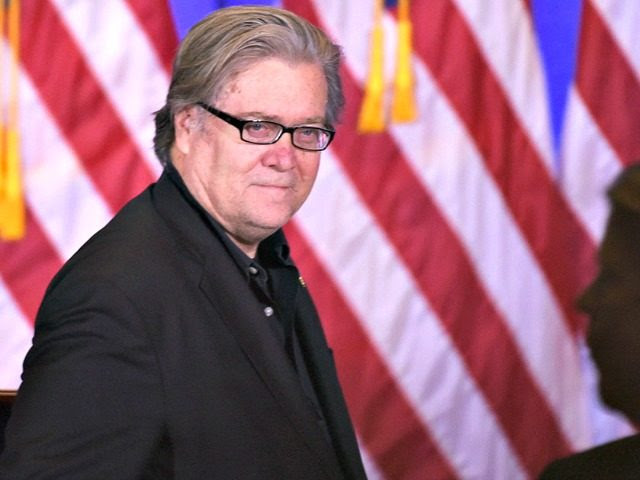 Serving as the commander of 188th Military Police Company of the 504th Military Police Battalion,[22] Moore was perceived to be reckless, but very strict. He insisted his troops salute him on the battlefield, against his training, as such recognition facilitates an officer being targeted by an enemy.[23]

“What did [Mitt Romney] say yesterday? … That judge Moore lacked honor and integrity and that’s why he couldn’t vote for him?” Bannon asked the audience in a packed Fairhope, Alabama barn who had come to support Judge Moore’s U.S. Senate bid.

Despite currently holding no elected office or position in the Republican Party, Romney jumped into the Alabama U.S. Senate race Monday to undermine Moore’s campaign, tweeting, “Roy Moore in the US Senate would be a stain on the GOP and on the nation. Leigh Corfman and other victims are courageous heroes. No vote, no majority is worth losing our honor, our integrity.”

The tweet incensed Bannon. “Judge Moore is a graduate of the United States Military Academy at West Point,” he said. “Judge Moore served his country in one of the toughest wars we ever had, in Vietnam.”

“That’s honor and integrity, Mitt,” Bannon said, calling out Romney directly. “And while we’re on the subject of Vietnam, and honor, and integrity, you avoided service, brother.” 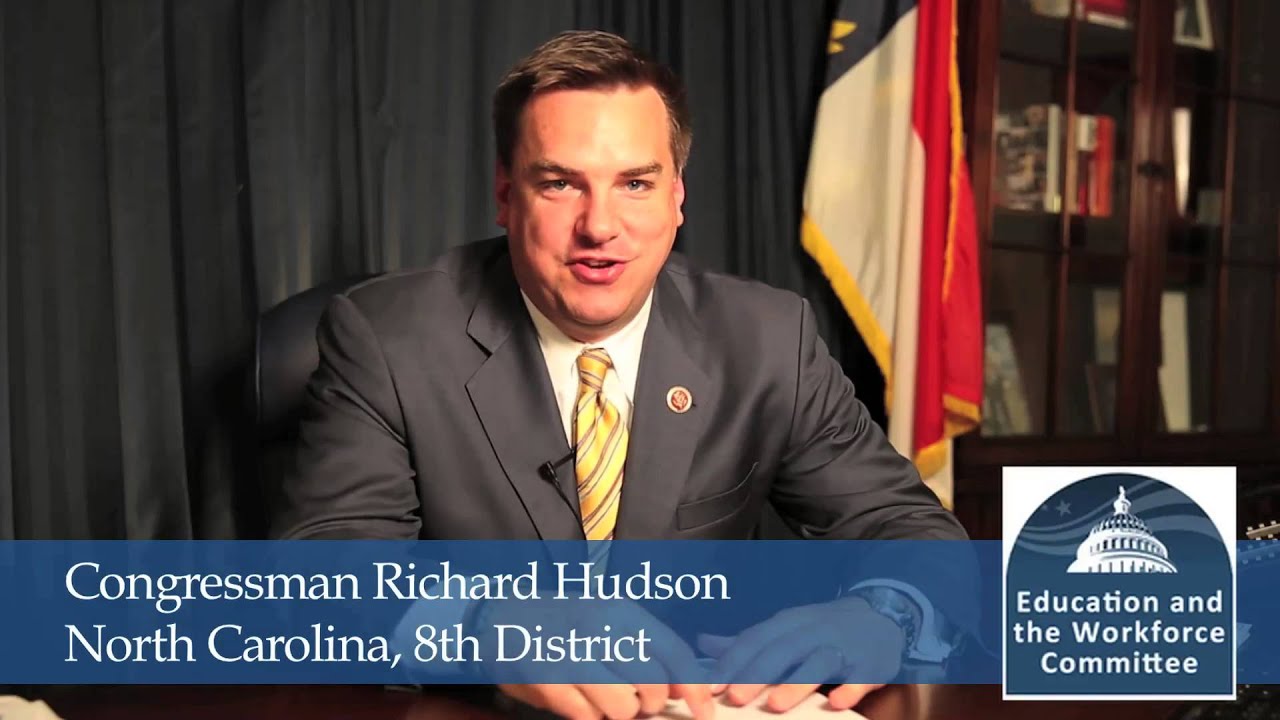 Republicans pushed through the House Wednesday a bill sponsored by Rep. Richard Hudson of North Carolina’s 8th District that would make it easier for gun owners to legally carry concealed weapons across state lines, the first significant action on guns in Congress since mass shootings in Nevada and Texas killed more than 80 people.

Posted by Brock Townsend at Wednesday, December 06, 2017 10 comments: Links to this post

Why can’t I carry on campus?

On Nov. 13, Westfield State University went into lockdown after three witnesses reported seeing a suspicious man who appeared to be wearing body armor and was carrying a bulky backpack on campus. Luckily, it turned out to be a false alarm. But my friend, texting me frantically from a locked-down classroom near where the suspect was seen, didn’t know that. For all she knew, her school was about to become the next location of a mass shooting.

Sitting in class, I was terrified. All of a sudden, everything I’d seen on TV felt real, and I felt helpless. But why did I feel so powerless? Because here in Massachusetts (and therefore at the University of Massachusetts), the state legislature has decided that our campus should be a “gun-free zone.” As a result, students have been stripped of their Second Amendment right.

The 2nd Amendment : For Muskets Only?!

Posted by Brock Townsend at Wednesday, December 06, 2017 No comments: Links to this post

Posted by Brock Townsend at Wednesday, December 06, 2017 4 comments: Links to this post 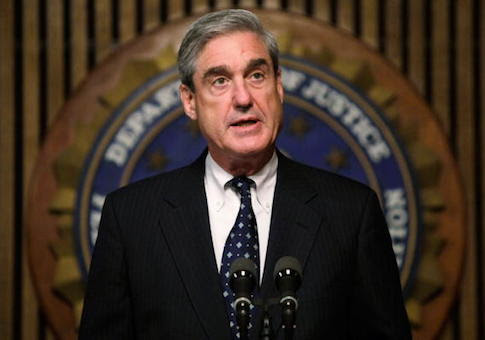 The Federal Bureau of Investigation, once America's storied crime fighting agency, is under fire for an increasing leftward politicization blamed on recent liberal directors and a bureaucracy operating with nearly unchecked power.

Once a bastion of conservative anti-communism under long-time director J. Edgar Hoover, the FBI has become one of the more liberal political agencies of government, and some critics say appears increasingly to operate outside normal constitutional controls.

The shift is the result of a bureaucratic culture that emerged in the 1990s and was fueled by its two most recent former directors, James Comey and Robert Mueller, who ran the agency for the past 16 years. Mueller headed the FBI from 2001 to 2013, when Comey took over and served until he was fired by Trump in May.


More @ The Washington Free Beacon
Posted by Brock Townsend at Wednesday, December 06, 2017 No comments: Links to this post

A retired CIA officer reportedly working with Blackwater founder Erik Prince to pitch the White House on a global, private spy network which as we reported yesterday would allow the White House to circumvent and counter "deep state enemies" within U.S. intelligence agencies, is said to have made the stunning claim that National Security Advisor H.R. McMaster worked with the NSA to perform surveillance on Donald Trump Jr, Eric Trump, Steve Bannon and others, according to a report in The Intercept.

The former CIA agent, John R. Maguire - a Trump transition team member who works for intelligence contractor Amyntor Group, spent over two decades as a paramilitary officer - including tours in Central America working with the Contras. After retiring, Maguire hooked up with Blackwater founder Erik Prince in what has been a long and fruitful professional relationship.

While Maguire and Prince deny they are working together on the White House's "private spy network," current and former U.S. officials as well as Trump donors say otherwise, as The Intercept reports: 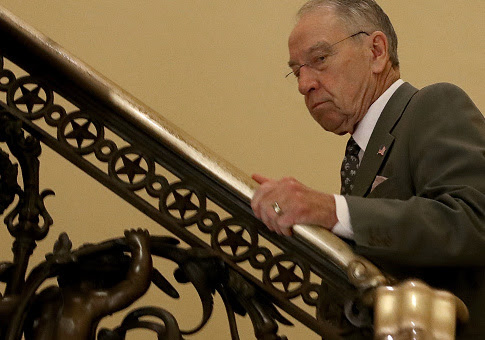 The Iowa Republican is pressing the FBI for documents related to the activities of FBI agent Peter Strzok following reports that he demonstrated bias against President Trump while playing key roles in investigations into former Secretary of State Hillary Clinton's private email server and in the special counsel probe into the Trump campaign's possible ties to Russia.


More @The Washington Free Beacon
Posted by Brock Townsend at Wednesday, December 06, 2017 No comments: Links to this post

The FBI’s Perjury Trap of the Century 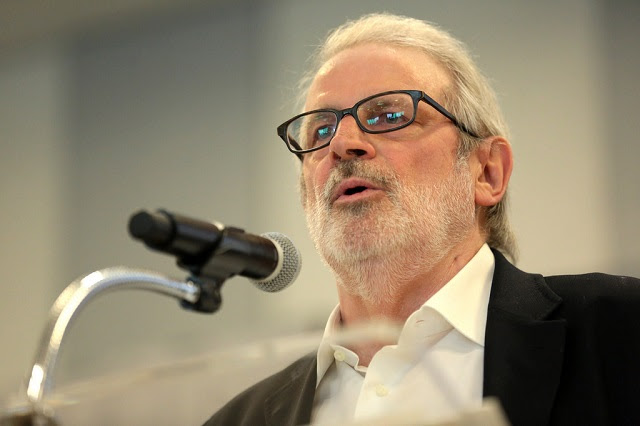 David Stockman, former Michigan representative and Director of the Office of Management and Budget under President Reagan, destroyed the Russian collusion hoax with incredible clarity in his latest column on Tuesday.

If you were a Martian visitor just disembarked from of one of Elon Musk’s rocket ships and were therefore uninfected by earth-based fake news, the culprits in Washington’s witch-hunt de jure would be damn obvious.

They include John Brennan, Jim Comey, Sally Yates, Peter Strzok and a passel of deep state operatives – all of whom baldly abused their offices. After Brennan had concocted the whole Russian election meddling meme to sully the Donald’s shocking election win, the latter three holdovers – functioning as a political fifth column in the new Administration – set a perjury trap designed to snare Mike Flynn as a first step in relitigating and reversing the voters’ verdict.

The smoking gun on their guilt is so flamingly obvious that the ability of the Trump-hating media to ignore it is itself a wonder to behold.


More @ Anti War
Posted by Brock Townsend at Wednesday, December 06, 2017 No comments: Links to this post

Posted by Brock Townsend at Wednesday, December 06, 2017 2 comments: Links to this post

But unfortunately, not the last.

No one account could hope to address all the many aspects of the Army of the Republic of Vietnam’s performance in such a long and complex endeavor as the Vietnam War. This morning, then, I would like to speak to selected aspects, and to do so in the form of eight chunks, two sidebars, and a very brief conclusion.

The South Vietnamese government awarded campaign medals to Americans who served in the Vietnam War. Each decoration had affixed to the ribbon a metal scroll inscribed “1960- .“ The closing date was never filled in, for obvious reasons, but for our purposes 1960 will serve as a suitable starting point (one of several that might have been chosen). From that point forward increasing and eventually large-scale American involvement in the Vietnam War provided an excellent vantage point for evaluation and appreciation of the performance rendered by the Army of the Republic of Vietnam during the period 1960-1975.

Some years ago I published an analysis of ARVN’s performance in the 1972 Easter Offensive. I called the piece “Courage and Blood,” and it appeared in Parameters, the journal of the Army War College.


More @ VVFH
Posted by Brock Townsend at Wednesday, December 06, 2017 No comments: Links to this post