Phoenix Air LLC bird N183PA currently inbound to Washington DC from Moscow, Russia. Sure would be interesting to see who gets off this one...

This is THE ONE: The Case We've Been Waiting For

Chastisement is just the start of what the 'judge' deserves.

The Justice Department has requested the case be "immediately dismissed." But, according to the Washington Examiner, the judge's latest action indicates he may stall on dismissing it.

The judge's docket showed more than a dozen groups, who had previously filed friend-of-the court papers, submitting briefs in the wake of the pardon Monday.

Anyone who voted for Biden should feel at ease with what this man is saying. Most Biden voters will be naive to China's intentions for the world but this is no surprise as the media and big tech for 4 years have pushed 1 narrative, that Trump is the bad guy.
Posted by Brock Townsend at Tuesday, December 08, 2020 2 comments: 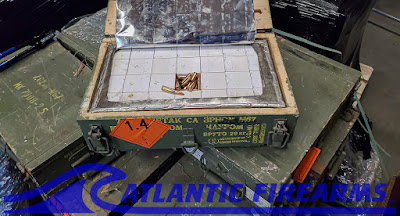 The role of religion leading up to the War Between the States is sometimes overlooked. However, there is no question that Christian clergy had a major influence on the Old South, including the politics that led to secession and the subsequent war. Ministers were influential because of their many activities, including preaching, publishing books and journals, and teaching in school and colleges.

USC and former Harvard statistician determines that the possibility of Joe Biden winning the states of Georgia, Michigan, Pennsylvania and Wisconsin were basically statistically impossible.

We reported on a case this morning coming out of Texas challenging 2020 Presidential election actions of four states, Wisconsin, Michigan, Georgia and Pennsylvania:

North Carolina Gov. Roy Cooper is directing many businesses to shut down by 10 p.m. in order to help slow the spread of the coronavirus.

North Carolina Gov. Roy Cooper unveiled a modified stay-at-home order on Tuesday that requires the state's roughly 10.5 million residents to remain off the streets between 10 p.m. and 5 a.m. SEVEN states have now joined the Texas lawsuit, arguing that the Equal Protection Clause has been violated in this election from state-to-state.

Employees were apparently allowed to access the machines, through online connections, and did in GA, this contradicts the narrative that the machines were not online

How many more lies are we going to be fed before this is all over?

Dominion voting terminals WERE, in fact connected to the internet.

This finding is concordant with numerous reports, some released months ago. and coincides with secuirty expert, and eyewitness testimony. 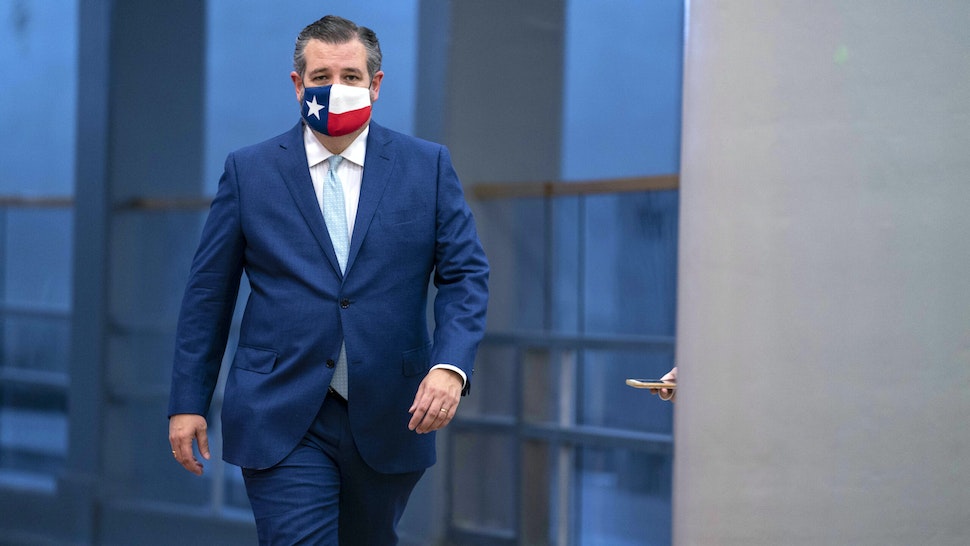 As Solicitor General for the State of Texas and in private practice, Cruz “authored more than 80 U.S. Supreme Court briefs and argued 43 oral arguments, including nine before the U.S. Supreme Court,” his office said. “He also won an unprecedented series of landmark national victories that include his defense of U.S. sovereignty against the UN and the World Court in Medellin v. Texas, our Second Amendment right to keep and bear arms, the constitutionality of the Ten Commandments monument at the Texas State Capitol, and the words ‘under God’ in the Pledge of Allegiance.”

Sen. Ted Cruz (R-TX) said on Monday that if the Supreme Court takes up the election lawsuit out of Pennsylvania that he will present the oral argument to the nation’s highest court. LaVoy Finicum: ‘Shot Down Like A Dog With His Hands In The Air'

One of the truly great blogs out there, The Burning Platform, asked a very specific question: If not now, when? The answer is very simple: NEVER. This is the time in American history when it all hinges on the individual to take action. As The Burning Platform pointed out all of the many abuses and unconstitutional acts committed by the government over the years, it seemed as if the people had never taken action against those ills, but that's not quite true. The Second Amendment violations have been countered any number of ways and the Assault Weapons ban was allowed to sunset, but the point is still clear: not often enough and not severe enough.

The abuses of government against the Constitution have been ratchet clicks around the neck of the republic. Individual rights have been adjudicated down to mere suggestions subject to any locality to abridge them as they see fit, because, well, they have not suffered enough when they did. That is the truth of the matter. Never has this been made more clear than through the pandemic. All of the information coming out of the "health experts" has been a lie and yet, we still wear the mask, stay home if we can and let our businesses go bankrupt. That is insane, but it is a gauge on what they can do in the future. Unless, we recognize our strength and put a stop to it. 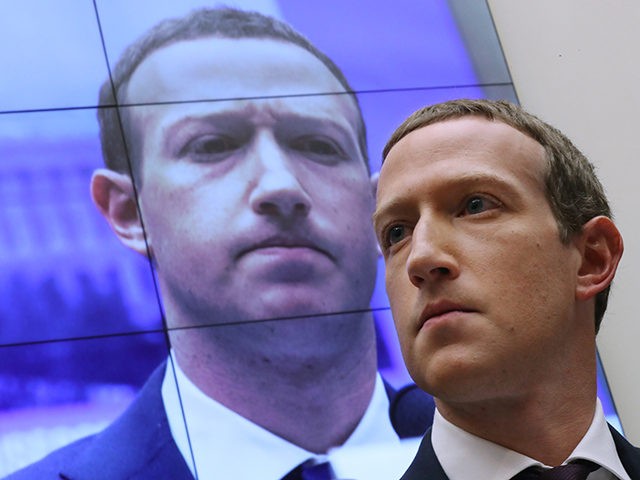 The Fulton County Board of Commissioners voted to accept a $6.3 million grant from the Mark-Zuckerberg funded Center for Technology and Civic Life “Safe Elections” project at a September 2, 2020 board meeting. It proceeded without asking a single question about the name of the group providing the funding, the origin of the funding, or the details of what the funding would be used for.

As Breitbart News reported, a significant chain of custody security concerns surround absentee ballots deposited in the 300 drop boxes across the state approved by the Georgia State Election Board.

Anna Nguyen
As families of refugees... this land has truly blessed us with many things that we would have never had in Vietnam. I’m beyond thankful for the opportunities we have had here
Posted by Brock Townsend at Tuesday, December 08, 2020 No comments:

Goya Foods CEO: AOC Called For Boycott. Our Sales Jumped, So We Named Her Employee Of The Month: AOC joined calls for boycott after Goya CEO praised Trump 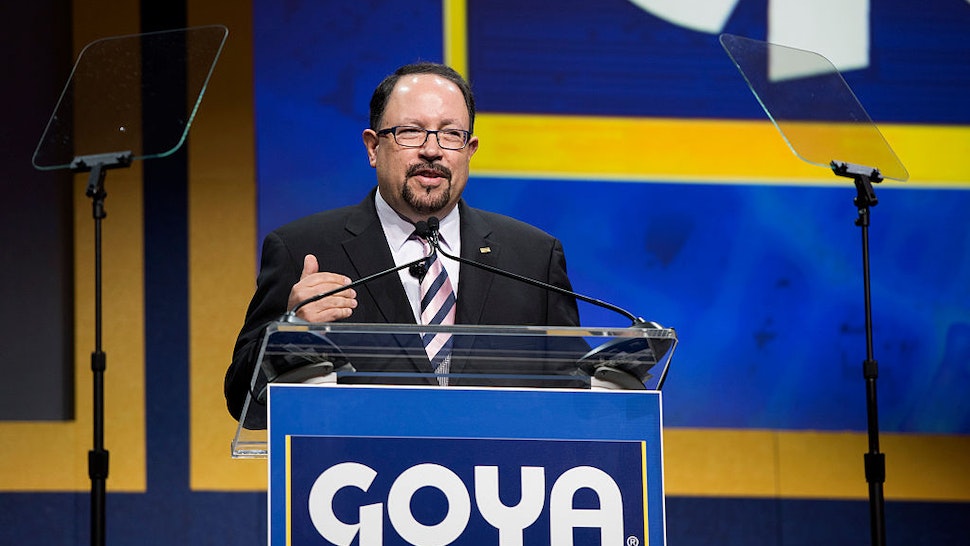 Goya Foods and president CEO Bob Unanue revealed that after Rep. Alexandria Cortez (D-NY) echoed a call for a boycott of Goya products back in July because Unanue supported President Trump, his company named her “Employee of the Month” because sales rose so dramatically.

Unanue had visited the White House, where he stated, “We’re all truly blessed at the same time to have a leader like President Trump, who is a builder.” It’s that joyous time of year! Holiday tip for 2020: USPS is offering free shipping this year anywhere in the continental US. Simply address your packages as usual and behind the addressee’s name write “(Ballot Tabulation)”. With bold indelible ink, mark “Biden Ballots” across the package in several locations and then simply leave the packages on your doorstep. They will be picked up immediately by our efficient USPS and delivered overnight…no charge! The State of Texas filed a lawsuit directly with the U.S. Supreme Court shortly before midnight on Monday challenging the election procedures in Georgia, Michigan, Pennsylvania, and Wisconsin on the grounds that they violate the Constitution.

Texas is asking the Supreme Court to order the states to allow their legislatures to appoint their electors.