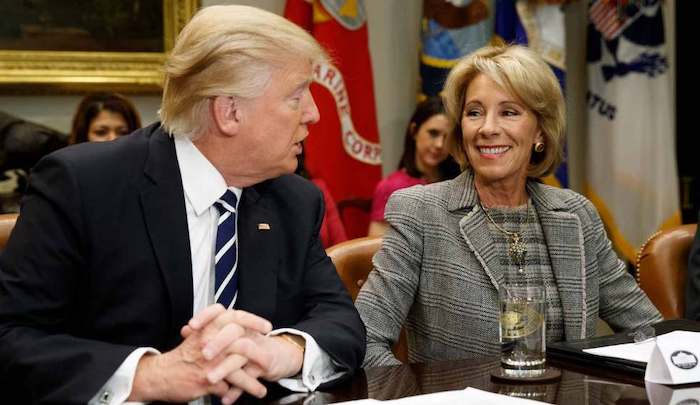 The Trump administration is threatening to cut funding for a Middle East studies program run by the University of North Carolina and Duke University, arguing that it's misusing a federal grant to advance "ideological priorities" and unfairly promote "the positive aspects of Islam" but not Christianity or Judaism.

An Aug. 29 letter from the U.S. Education Department orders the Duke-UNC Consortium for Middle East Studies to revise its offerings by Sept. 22 or risk losing future funding from a federal grant that's awarded to dozens of universities to support foreign language instruction. The consortium received $235,000 from the grant last year, according to Education Department data. 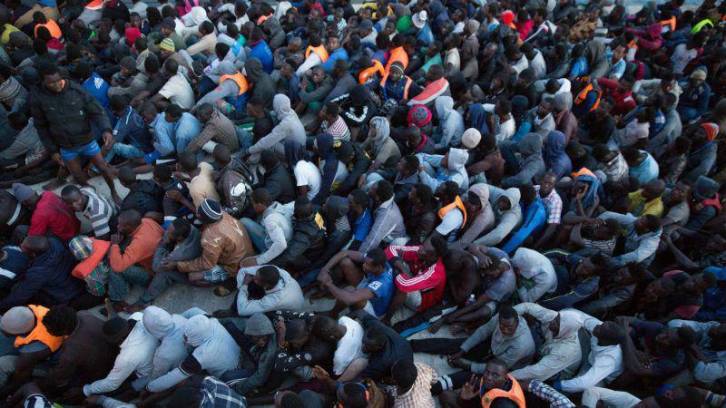 “We have been overwhelmed and have responded valiantly. Now we need breathing room. Our city is maxed out financially, physically, and emotionally.”-Former Lewiston Mayor Larry Raymond

Several weeks ago I drew attention to the plight of the highly-unusual African migrant destination of Portland, Maine on The Third Rail podcast. It seems I wasn’t the only one whose suspicions were raised by what has rapidly turned into a crisis, with the city totally ill-equipped to deal with an influx of hundreds of Africans bussed-in by Catholic Charities from San Antonio, Texas. Who I can only assume is a local going under the name Concerned Citizen recently published a brilliant piece on Medium entitled “Such a Disgrace: How Ethan Strimling Betrayed the People of Portland” describing the trainwreck in Vacationland’s largest city. I highly recommend it as a primer on the situation, but of particular importance to us here are some pertinent questions raised by the author:

Dated
Posted by Brock Townsend at Saturday, September 21, 2019 No comments:

Posted by Brock Townsend at Saturday, September 21, 2019 No comments:

"....the city won't allow the fund to install security cameras in the parks."

The group that preserved a pair of Confederate statues from coming down in Charlottesville is now demanding action in light of vandalism but City Hall says the group can only do but so much.


This comes as the legal battle over the statues is over, but we are still waiting on one final ruling from a circuit court judge.

NC: Football Game Canceled Ahead of Rally for Cheerleaders Punished for Trump Banner

A North Carolina school district canceled a football game on Friday ahead of a rally to support cheerleaders put on probation for holding a Trump 2020 banner at a game in late August.

The North Carolina High School Athletic Association (NCHSAA) said it canceled the game at North Stanly High School because “Stanly County Schools has been notified of additional information that could compromise safety measures our schools have in place for sporting events,” according to the Charlotte Observer. 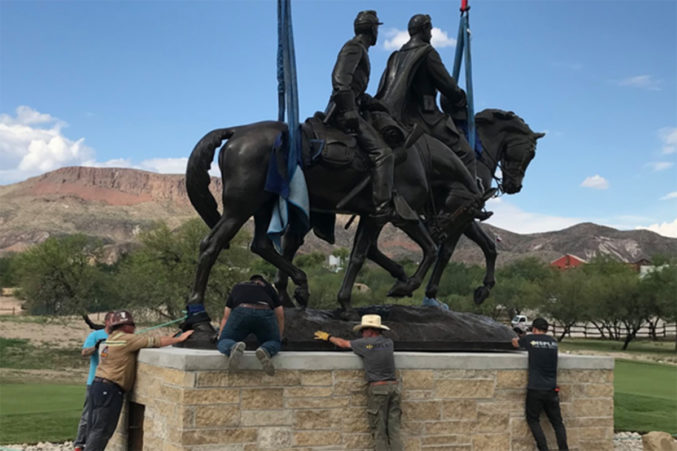 A private buyer shipped it to a Lajitas golf course owned by oil and gas billionaire Kelcy Warren almost exactly two years since the Confederate General was pulled from its perch in what was then Lee Park. On Monday, the sculpture completed a 600-mile journey to Black Jack’s Crossing near the border, about a dozen miles from Terlingua. It was mounted on a pediment in the middle of the golf course’s putting green on Thursday, according to Scott Beasley, who manages the course for Dallas-based WSB Resorts and Clubs.


White House assistant for trade and manufacturing Peter Navarro on Friday agreed with President Donald Trump that Americans are not paying for the China tariffs, saying he is “absolutely correct.”

Navarro said on Fox Business Network’s “Mornings with Maria” that China is paying for the tariffs “in three ways.”

“China is paying for the tariffs in three ways,” he told host Maria Bartiromo. “They are cutting their prices, slashing their prices. They had just crushed their currency. It’s down by almost 12% now. 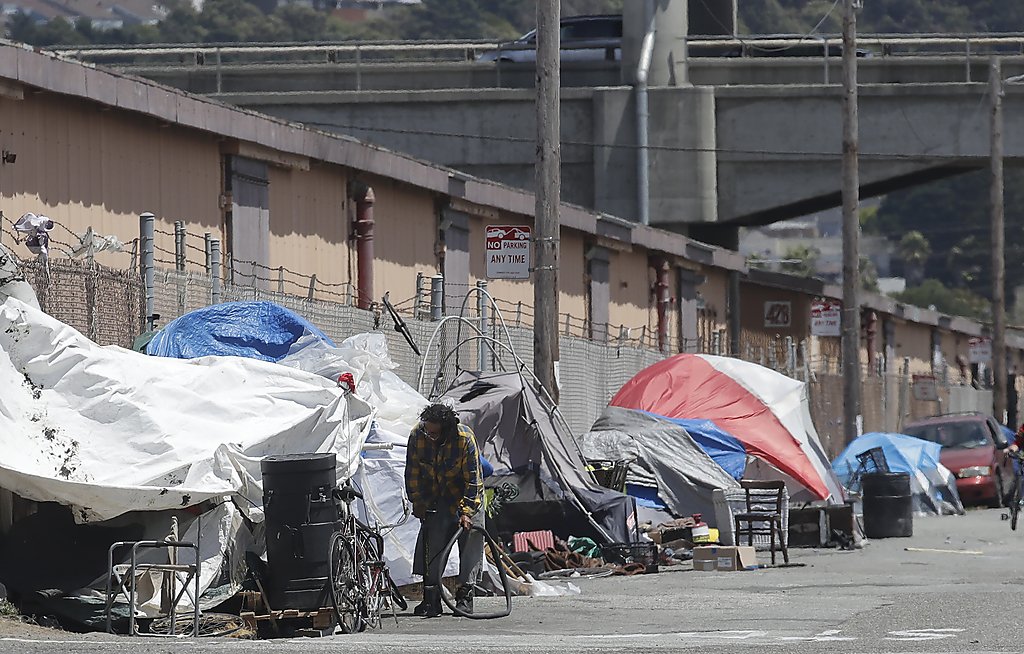 This is a link to a PDF file, hosted by HUD, of a letter to CA Gov. Newsom, et al, by HUD Secretary Ben Carson, in response to a request for additional Federal funds to "help the homeless" in California.

Secretary Carson told California in no uncertain terms that the problem is largely one of their own making through:

- Over regulation of housing (Federal housing subsidies to California are already over 38% higher than the rest of the nation);

- California's decrease in the number of mental health facilities by over 30% since 1995;

- Turning a blind eye to rampant drug abuse; and,

- Undercutting law enforcement in their efforts to get homeless people off the street.

Furthermore, California is already neglecting to use the aid that is being provided, leaving money on the table.

An excellent synopsis by Sec. Carson, and one that should be widely read and embraced for its message. But most importantly is the message that this sends to the administrative state writ large, which is this: "Free stuff" is going away as the central Federal government is driving programs down to the state level, where they have to be responsible for their action (and inaction) and to balance their budgets.

Expect much the same for Oregon and Washington. "Free stuff" is going away. Illinois is already cutting back on critical law enforcement and first responders, in order to fund their pension obligations. Gee, what could go wrong there? Once people are unable to get an ambulance, and the alternative is to cut back on pensions, what choice do you think they will make?

CalPERS and Oregon PERS annuitants be warned. It is unclear to me what role the Pension Benefit Guaranty Corporation would play in the event of a default, except here's an excerpt from a letter PBGC wrote in the 90's:

"Section 4021(b)(2) of ERISA excludes from Title IV coverage any plan "established and maintained for its employees by the Government of the United States, by the government of any State or political subdivision thereof..."

In other words, CalPERS goes bust, too bad, not our problem.

Another encouraging note is that the letter states that preliminary 2018 data indicates that the number of deaths due to drug overdose, nationwide, is actually beginning to decrease, the first time in decades, after increasing 10% in 2017 and 21% in 2017.

Preliminary data for California for 2018, however, shows just the opposite, with drug overdose deaths increasing by over 6%

--Terry
Posted by Brock Townsend at Saturday, September 21, 2019 No comments: 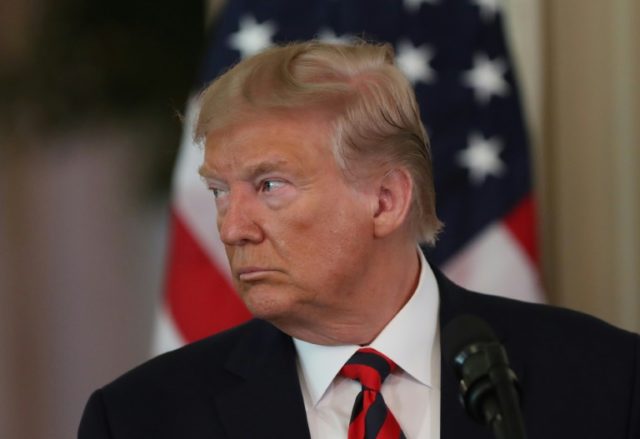 Come on, we all know what’s really happening here. A leaker in the intelligence community, an anti-Trump partisan who almost certainly broke the law with these leaks, a swamp creature who is probably under investigation and about to face the music, is screaming whistleblower to cover his swampy ass — which is like a rapist claiming to be an OB-GYN.

And naturally, our fake news media, who relied on this swamp creature’s illegal leaks (most of which were almost certainly lies), see this stupid scandal as a way to accomplish a number of things…

Two For The Ages+