It is becoming more and more clear that President Obama’s Administration did some pretty shady things to undermine Trump.

We all know that Obama was behind the removal of Mike Flynn but these latest wiretap allegations from Donald Trump are also looking more and more real.

Mark Levin outlined the solid case against the Obama Administration this weekend.

The situation is now being referred to as ObamaGate and the mainstream media is clearly on their heels.

Dan Bongino, a former Secret Service agent, has become one of the most well-known and respected voices in conservative media and he had the following to say about ObamaGate…

Attorney Larry Klayman: FISA Warrants Could Not Have Been Issued Without Knowledge of President Obama

Steve Malzberg: Can we find out and how soon whether or not a FISA warrant was sought and issued?

Larry Klayman: We are going back to the same judge Richard Leon in Washington, who twice preliminarily enjoined the NSA and by extension the CIA for this illegal surveillance. And we’re asking him to immediately hold a status conference and look into this. He has the ability. He has a security clearance that he can see these warrants. And, in fact, some of the judges on the same court house in Washington DC sit on that FISA court. So that’s the way we can do it. But let me say something about what’s being said here about this illegal surveillance. There’s no doubt that it happened. We know it happened to General Mike Flynn. We know in fact there likely were FISA warrants. That could not have been issued without the knowledge of the President of the United States Barack Obama. So President Trump was exactly right.

The newest revelations that the Obama administration wiretapped, that is "bugged" President Trump and all of his men, in the lead up to and after the November 8, 2016, elections are not surprising. In this regard, for over 2 years the highest levels of the Federal Bureau of Investigation (FBI) have been secretly investigating the "harvesting" of highly confidential information including financial records of the chief justice of the Supreme Court, other justices, over 156 judges, prominent businessmen like Donald Trump, and public activists like me.

In this regard, a whistleblower named Dennis Montgomery, a former NSA/CIA contractor, came forward to FBI Director Comey with 47 hard drives and over 600 million pages of largely classified information, under grants of use and derivative use immunity, which I obtained for him with the U.S Attorney for the District of Columbia. Later, Montgomery, who suffers from a potentially fatal brain aneurism, testified under oath, for over 2-and-a-half hours before FBI Special Agents Walter Giardina and William Barnett in a secure room at the FBI’s field office in Washington, D.C. The testimony was under oath and videotaped and I have reminded the FBI recently to preserve this evidence.

Now, Democrats and willing accomplices in the mainstream media are busy attacking Attorney General Jeff Sessions for doing his job as a United States Senator… meeting with ambassadors in an official capacity.

Sessions made it clear during his confirmation hearing that he never spoke to Russian officials about the Trump campaign. But U.S. Senators talk about official matters with ambassadors every day. It’s routine and expected. 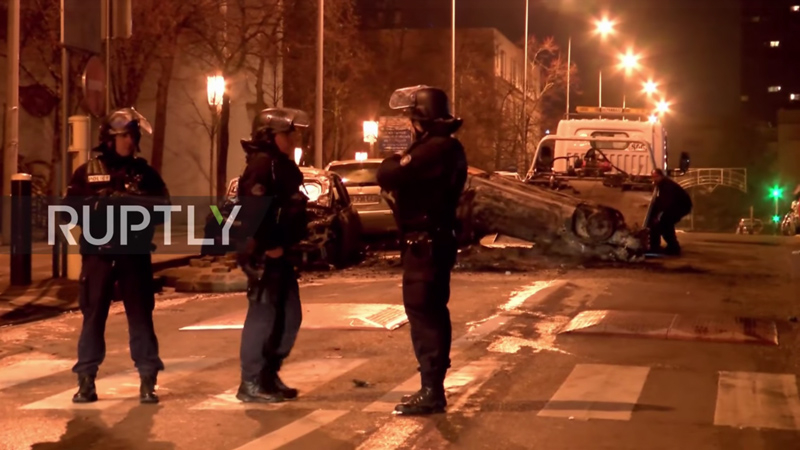 February 2, 2017: A "no-go zone" in the eastern suburbs of Paris. Police on patrol hear screams. They decide to check. While there, a young man insults them. They decide to arrest him. He hits them. A fight starts. He accuses a policeman of having raped him with a police baton. A police investigation quickly establishes that the young man was not raped. But it is too late; a toxic process has begun. 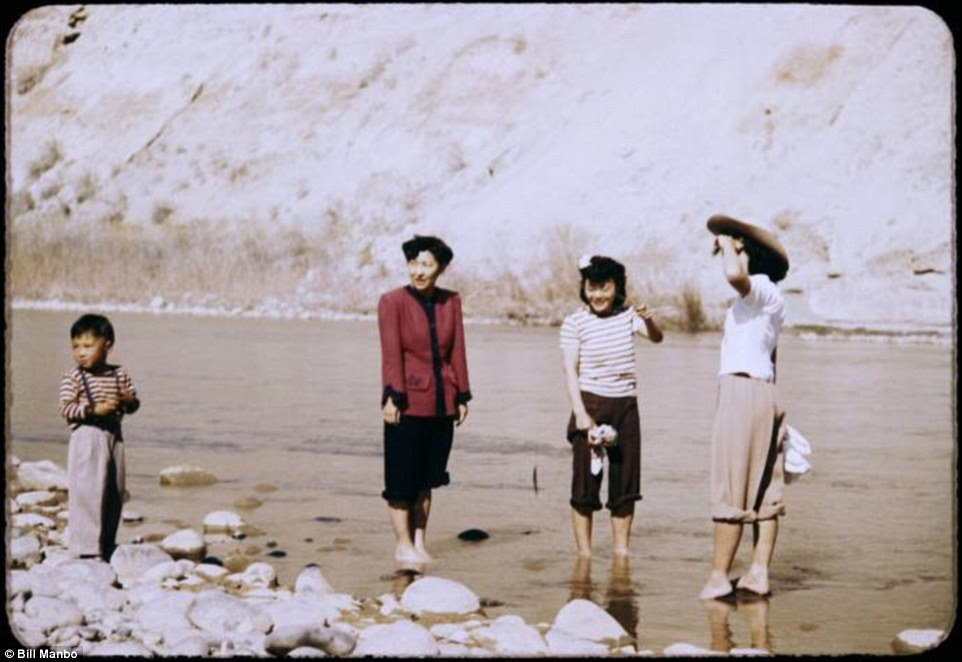 Rarely seen color photographs capture how more than 120,000 Japanese immigrants and Japanese-Americans were forced into internment camps across the American West after President Franklin Delano Roosevelt signed Executive Order 9066 more than 75 years ago.

Public Law 503 was passed by Congress on March 21, 1942 which resulted in the relocation of Japanese immigrants and Japanese-Americans to one of 10 internment camps located in the American West.

Adults, including the elderly, and children were transported by bus and train with few belongings as they were forced to confinement camps leaving their homes and businesses behind with less than 48 hours of notice that they would be forced out.

They were sent, ostensibly to avoid sabotage and spying, to camps in California, Idaho, Wyoming, Colorado, Arizona and other states as far away as Arkansas as war hysteria gripped the nation and citizens feared another attack after the Japanese attack on Pear Harbor.

Internees, as they were called, were prohibited from having cameras inside the camps. But that rule was not strictly forced at Heart Mountain, located in Wyoming, where amateur photographer Bill Manbo and his family were forced to reside in 1942.

Obama Responds After Trump Accuses Him of Wiretapping, What He Says Is Unbelievable…

The statement denied the charges made by President Donald Trump that the Obama administration had surveillance on Trump Tower and the Trump campaign during the election.

Can you count how many outs there are in that carefully-worded statement?

Here are a few big ones.

Comey argued that the claim is false and must be corrected, but so far the Justice Department hasn't released any statement on the claim, the New York Times reported. The House and Senate intelligence panels, at the White House's request, agreed to look into whether there was any government surveillance of political parties as part of a broader probe into Russian interference with the election.


South African president Jacob Zuma this week called for the confiscation of land owned by white people in his country — without any restitution made to the Caucasian property owners.

In a speech given Friday morning, Zuma said the proposal would be the result of establishing a “pre-colonial land audit of land use and occupation patterns” that would determine what land needs to be taken. The move would require an overwhelming majority in parliament to change the law to allow the expropriation, according to The Telegraph.

A senior White House official tells the New York Times that White House counsel, Donald F. McGahn is now searching for a FISA warrant – or series of warrants – allegedly issued in an Obama-era investigation of Donald Trump’s ties to a shifty Russian bank.


The official says that McGahn’s office wants access to any order, issued by the ultra-secretive Foreign Intelligence Surveillance Court, relating to President Trump, his campaign, or his immediate associates.

House Intelligence Chairman Devin Nunes (R.-Calif.) issued a written statement today saying that his committee will make inquiries into whether the government “was conducting surveillance activities on any political party’s campaign officials or surrogates.”