“The history of each Southern plantation is a living heritage,” says Ted Alexander, regional director of Preservation North Carolina, one of the South’s leading non-profit organizations dedicated to promoting the preservation and restoration of historic homes. “While common themes and stories are interwoven through the history of plantations from the middle Atlantic states through the deep South, each one has its own personality and its own unique character. No other region of the United States can claim such cultural diversity and architectural splendor as the South. For every plantation house, or in-town planter residence that is restored a little more our collective history is preserved for future generations. And that is something that we should all treasure.”


In the film version of Margaret Mitchell’s Gone With the Wind, after Atlanta has been burned and Scarlett O’Hara is fleeing to Tara, there is a scene where she arrives at neighboring Twelve Oaks Plantation to find it burned by Yankee troops and in ruins. The mansion’s once-grand double staircase is open to the night sky, and a cow appears wandering around in a space that had been a formal hall.

Afraid that she will find the same destruction when she arrives at home, Scarlett is overjoyed when rolling clouds part and moonlight falls on Tara’s facade revealing that it has survived, albeit in shambles. In real life, a similar moonlight experience revealed that one of the South’s most important historic homes was in great distress and in need of saving.

While sailing down the Potomac River on a moonlit night in 1853, South Carolinian Louisa Byrd Cunningham caught a glimpse of George Washington’s beloved Mount Vernon in a great state of disrepair. The mansion’s impressive portico was sagging and missing two of its columns. A number of its shutters had rotted away or were hanging from broken hinges, and weeds and bramble covered the lawn.


More @ The Abbeville Institute
Posted by Brock Townsend at Wednesday, July 11, 2018 6 comments: Links to this post

.........instead of assuming that "all’s well that ends well" and being happy for the individuals who were rescued, Musk took it upon himself on Tuesday to actually question the authority of one of the joint commanders of the operation.


Elon Musk – continuing his recent streak of bizarre behavior - has publicly questioned the authority and expertise of one of the key individuals responsible for successfully navigating the rescue of 12 boys and one soccer coach trapped in a cave in Thailand.

If there has been one major world event that has brought people together and dominated the news over the course of the last several days, it has been this successful rescue.

The chairman of the House Judiciary Committee, Rep. Bob Goodlatte, said Wednesday that Republicans recently were forced to call in U.S. Marshals to serve former FBI lawyer Lisa Page with a subpoena to testify before Congress, as he accused Page of “apparently” having “something to hide.”

The revelation came after Page’s lawyer claimed she “will cooperate with this investigation,” even as Page defied that subpoena to appear on Wednesday before the House Judiciary and Oversight and Government Reform Committees.

Lawmakers want to question Page about her anti-Trump texts with FBI agent Peter Strzok, with whom she was having an affair.

Genocide Watch in an international human rights organization especially concerned with genocide. It rates various countries with strong ethnic or religious conflicts according to ten stages of genocide. In the last few years, it has rated South Africa as being on the border of Polarization and Preparation, currently steps 6 and 7. Step 8 is Persecution and Step 9 is Genocide. Step 10 is Denial of Genocide, an almost certain indication of further genocidal acts to come.  South Africa’s 55 million population is just over 80 percent black, and the endangered group is the white minority of approximately 8.4 percent of the current population. Before World War I, whites made up 22 of the population, but it had dropped to 11 percent by 1994, following the end of Apartheid and white political rule.

Genocide Watch is concerned with the high murder rates in South Africa, especially the disproportionate number of white farmers killed.


More @ The Times Examiner
Posted by Brock Townsend at Wednesday, July 11, 2018 6 comments: Links to this post 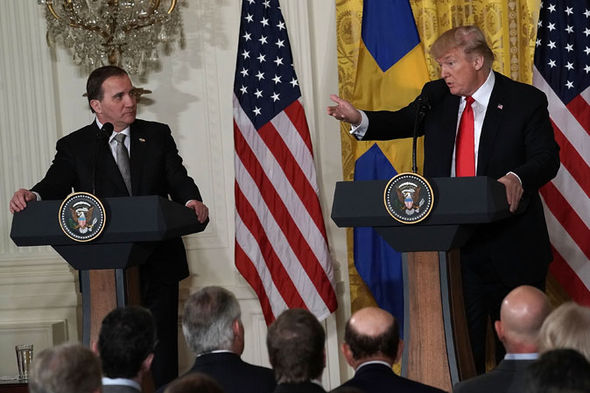 THE far-right Sweden Democrats are gaining ground in their mission to overtake the Social Democrats as the country’s top political party - a milestone their rivals have held for more than a century.

Posted by Brock Townsend at Wednesday, July 11, 2018 No comments: Links to this post 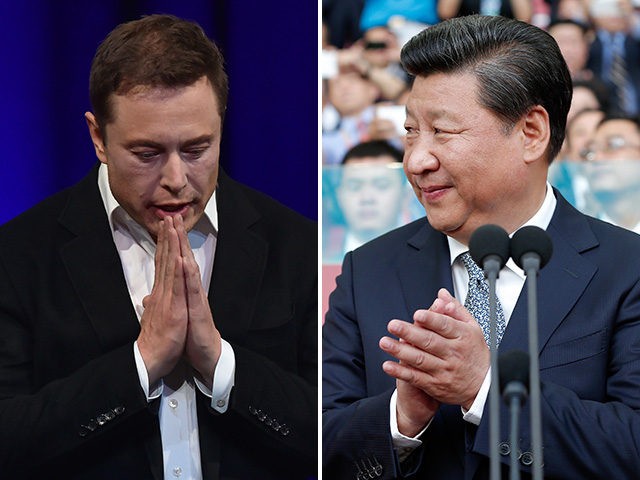 CEO Elon Musk said the plant, whose plans have reportedly been in the works for a year, would eventually have an annual production capacity of 500,000 cars, adding that he hoped it would be “completed very soon.”

A joint announcement released by Shanghai’s government said a preliminary agreement had been signed to build the plant in the commercial hub’s Lingang district.“Shanghai will be the location for the first Gigafactory outside the United States,” said Musk. “It will be a state-of-the-art vehicle factory and a role model for sustainability. We hope it will be completed very soon.”

The announcement has raised questions about how the new facility will be paid for. Tesla benefits from millions in U.S. government subsidies and has been burning through billions of dollars as it has struggled to raise the rate of production of its more “affordable” Model 3 car. At the end of the first quarter, the company had just $2.7 billion of cash on its balance sheet.

John Yoo, Robert Delahunty: Schumer, Booker, others are lying about Kavanaugh to keep him off the Court 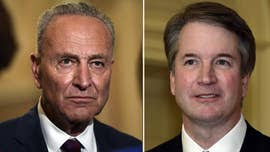 “Looking back into the late 1990s,” Kavanaugh wrote in his Minnesota Law Review article, “the nation certainly would have been better off if President Clinton could have focused on Osama bin Laden without being distracted by the Paula Jones sexual harassment case and its criminal investigation offshoots.” Coming from a former member of the legal team that had investigated President Clinton, this was a startling statement.

Senate Democrats – obsessed with opposing everything President Trump does – are making the absurd claim that the president nominated Judge Brett Kavanaugh to the Supreme Court to protect himself from the Russia probe being conducted by Special Counsel Robert Mueller.

Senate Minority Leader Chuck Schumer, D-N.Y., said that the president believes Kavanaugh can provide him with a “barrier to preventing that investigation” by Mueller of Russian interference in our 2016 presidential election and possible obstruction of justice or other misconduct by Trump and people working for him. 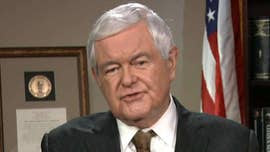 As a presidential candidate, Donald Trump campaigned on the need for more federal judges dedicated to the Constitution and he has kept his word. By nominating Judge Brett Kavanaugh on Monday to serve on the U.S. Supreme Court, President Trump selected precisely such a constitutionalist.

The president’s speech introducing Kavanaugh was a model of patriotic principles, delivered with a bipartisan tone and a seriousness that invited all Americans (including Democratic senators) to look at Judge Kavanaugh with an open mind.

Hoist with His Own Petard

On July 28, 1794, the guillotine claimed the life of Maximilien de Robespierre. As a leader of the Jacobin Club, he had helped orchestrate the French Revolution, been one of the most vocal supporters of the murders of King Louis XVI and Queen Marie Antoinette, and, as a member of the Committee of Public Safety, had been the chief architect of the Reign of Terror. The poetic justice with which he fell victim to the same gruesome fate he had decreed for others is best captured in the words that William Shakespeare famously put in the mouth of his Danish prince Hamlet in reference to his plan to turn the order for his execution which Rosencrantz and Guildenstern were bearing from Claudius into their own death warrant, which words I have made the title of this piece.

The same phrase can also be fittingly applied to what Justin “Peoplekind” Trudeau is now undergoing.

Will The End of May Come in July? Boris' Brexit Bombshell Threatens to Sink Theresa 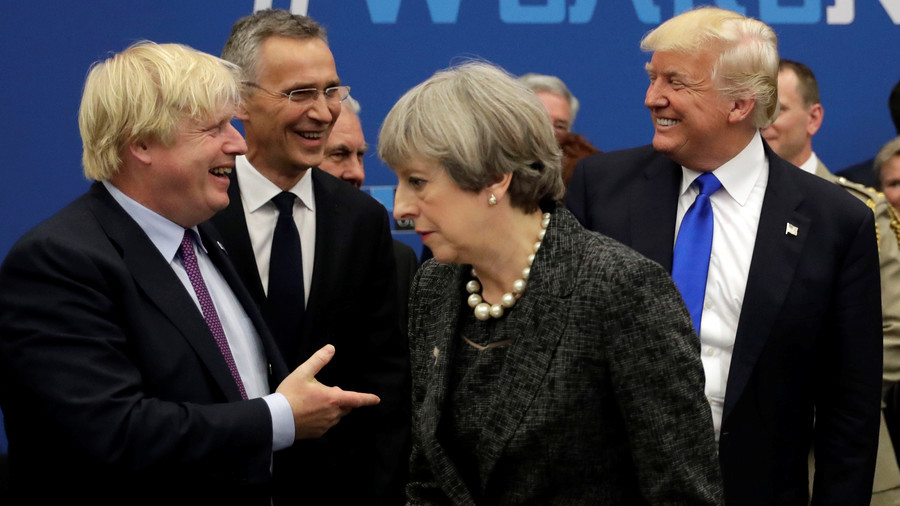 Boris Johnson’s resignation as foreign secretary, coming hours after Brexit Secretary David Davis stepped down, has plunged Britain into a full-scale political crisis on the week Trump is due to visit.

Can PM Theresa May survive?

According to the old saying (usually attributed to Lenin, but without citation), “There are decades when weeks happen and there are weeks when decades happen.”

This looks like one of those weeks. And it’s still only Tuesday.


More @ LRC
Posted by Brock Townsend at Wednesday, July 11, 2018 No comments: Links to this post

Lisa Page will not comply with congressional subpoena

Posted by Brock Townsend at Wednesday, July 11, 2018 2 comments: Links to this post

Military officials say the U.S. Army will roll out its new and improved fitness test by October 2020.
The Army Physical Fitness Test that soldiers have known since the 1980s — 2 minutes of pushups;

2 minutes of situps; the 2-mile run — will be retired before the end of the decade. While the 2-mile run will still conclude the assessment, five other events seen as a better predictor of successfully completing combat tasks have been added.


More @ The Washington Times
Posted by Brock Townsend at Wednesday, July 11, 2018 6 comments: Links to this post