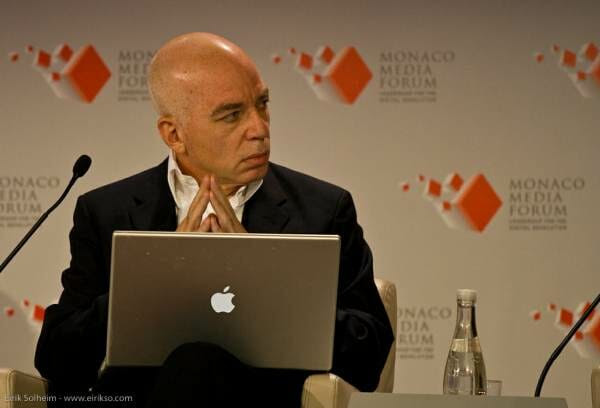 As Michael Wolff set the MAGA world on fire with quotes that he claims came from Steve Bannon in his new book, it is important that his history of sensational deceit is taken into consideration — especially since those close to the former White House chief strategist deny the accusations.

As Michael Wolff set the MAGA world on fire with quotes that he claims came from Steve Bannon in his new book, it is important that his history of sensational deceit is taken into consideration — especially since those close to the former White House chief strategist deny the accusations.

“In the unreleased statement, Bannon would have called Trump Jr. a ‘patriot’ and say that he doesn’t believe that he committed treason, according to a description from those familiar with it,” the Hill reported.

While many may want to believe the claims as a means to attack both Bannon and our president, it is important to consider the source.
In his first bestseller “Burn Rate: How I Survived the Gold Rush Years on the Internet,” Wolff was accused of misquoting a dozen people for his sensational tale about his own failed Internet startup.
One of the subjects of the book, Net entrepreneur Isabel Maxwell, called her quotes and representations by Wolff “gratuitous and inaccurate.”


More @ The Gateway Pundit
Posted by Brock Townsend at Thursday, January 04, 2018 No comments:

On Jan. 1, 2018, Infowars.com posted on Scribd.com a decoding of this cryptic QAnon Christmas Day post.

************************
In the past few days, a series of unexpected developments have cleared the path for WikiLeaks founder Julian Assange to leave the Ecuadorian Embassy in London without fear of arrest.

On Tuesday, WikiLeaks posted a tweet announcing the U.S. government had ended its eight-year-long grand jury proceedings against WikiLeaks that was expanded in 2017 to cover the WikiLeaks various “Vault” releases on CIA spy technology.

For the last three decades the media and political establishments have created a propaganda image of recent immigrants that has served the interests of those who have placed their own financial or political gains above the good of the vast majority of the American people. To a considerable extent this has been a nostalgic expansion of an image of immigrants that was largely true before the 1965 Immigration Act. Before the 1965 Immigration Act, immigrants were actually better educated and more skilled than the average American. The 1965 Act introduced the chain-migration of ever-expanding extended family members. This has been a numerical and qualitative disaster, expanding immigration to irrational levels difficult to control and significantly dropping average education and skill levels. The 1986 Amnesty, followed by six other amnesties and failure to enforce common sense immigration laws, put both illegal immigration and unvetted legal immigration on steroids.


More @ The Tribune
Posted by Brock Townsend at Thursday, January 04, 2018 No comments:

End of the narrative: No sanctuary for criminal immigrants

One in five inmates in federal prison are foreign-born, of which 92 percent are unlawfully present in the United States, according to a recently released report.

The report, produced jointly by the Department of Homeland Security and Department of Justice, shows that of 58,766 “known or suspected aliens” in custody between the Bureau of Prisons and United States Marshal facilities, 37,557 are confirmed non-citizens. Of that number, 35,334 (a full 94 percent) were illegally present in the United States. It's worth noting that DHS data returns are incomplete, because state prisons and local jails, where nearly 90 percent of the U.S. incarcerated population is held, do not routinely provide such data to the federal government.

The number of companies offering employee bonuses, pay hikes, and increases in benefits in reaction to President Trump’s December tax reform victory is now over 100, with thousands of workers impacted and charities too.

Less than a day after Americans for Tax Reform put out an initial list of 40, it jumped to 52 as more company plans poured in.

And by the end of today, ATR’s John Kartch told Secrets that the list will hit over 100. "Small businesses from across the country are sending me news of their tax-cut bonuses, wage hikes, and charitable donations. Many of these were only announced internally. There is a broad and deep tsunami building," added Kartch, ATR's vice president of communications.


Justice Department officials are taking a fresh look at Hillary Clinton’s use of a private email server while she served as secretary of State, The Daily Beast has learned.

An ally of Attorney General Jeff Sessions who is familiar with the thinking at the Justice Department’s Washington headquarters described it as an effort to gather new details on how Clinton and her aides handled classified material. Officials’ questions include how much classified information was sent over Clinton’s server; who put that information into an unclassified environment, and how; and which investigators knew about these matters and when. The Sessions ally also said officials have questions about immunity agreements that Clinton aides may have made.

Devin Nunes: House Intelligence will get 'all' documents, witnesses it sought from DOJ

Rep. Devin Nunes announced late Wednesday that his panel, the House Intelligence Committee, appears to have reached an agreement with the Justice Department to gain access to "all" documents and witnesses it sought by a deadline at the end of the day.

“After speaking to Deputy Attorney General Rosenstein this evening, I believe the House Intelligence Committee has reached an agreement with the Department of Justice that will provide the committee with access to all the documents and witnesses we have requested," Nunes, R-Calif., said in a brief statement. "The committee looks forward to receiving access to the documents over the coming days."

Trump trying to stop publication of explosive book about his presidency 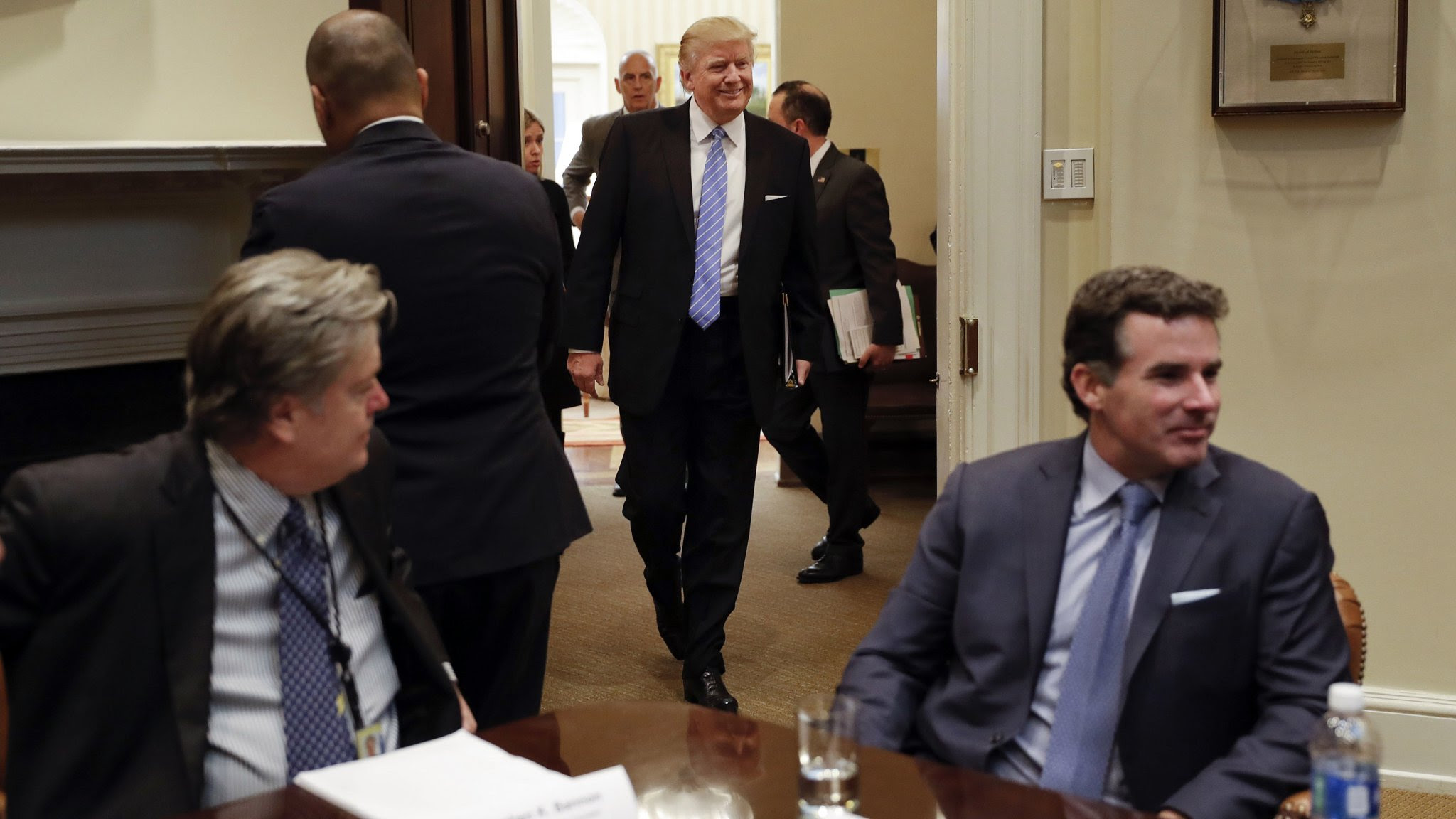 President Trump is reportedly attempting to stop the publication of “Fire and Fury: Inside the Trump White House,” Michael Wolff’s explosive new book about his campaign and presidency.

The Washington Post reported Thursday that Trump’s attorneys have sent a cease-and-desist letter to the book's publisher, demanding that Henry Holt & Company not publish the book and apologize to the president.

The letter, according to the Post, demands that Henry Holt & Co. “immediately cease and desist from any further publication, release or dissemination of the book,” including excerpts and summaries of the book’s contents, and requests a copy of the book in its entirety as they pursue possible legal action.

What the Media Says About GOA

Reps. Mark Meadows and Jim Jordan: It's time for Jeff Sessions to go, as shown by the latest FBI leak

As the first year of the Trump administration comes to a close, one can't help but look back on how allegations of “Russian collusion” dominated the headlines of almost every news agency. Hearings, leaks, and so-called "bombshells" saturated the mainstream media coverage almost immediately after the 2016 presidential campaign concluded.

Sadly, manufactured hysteria on this issue throughout 2017 has frequently masked the substantial accomplishments of President Trump’s administration — some that qualify as historic. The stock market has surged at levels not seen in nearly a decade. The Islamic State has been decimated in the Middle East. Our embassy in Israel is moving to Jerusalem, Israel’s undivided capital. Trump delivered on the largest tax cuts and overhaul to the tax code since the Reagan administration. These are just a few examples. 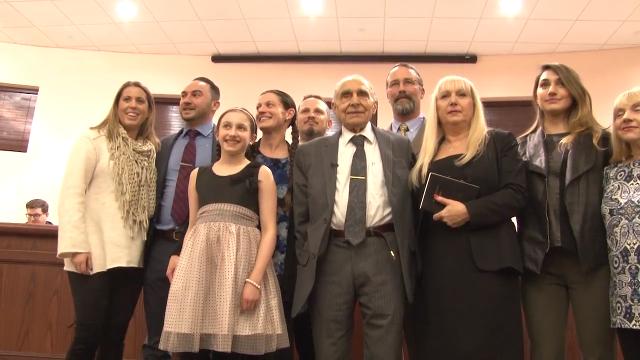 
The 93-yer-old wore out two pairs of shoes going door-to-door to hand out 7,500 campaign fliers. His successful grassroots campaign led to the stunning defeat of incumbent Gerald Turning in November.
Perillo, a former electronics engineer for the U.S. Department of Defense, a U.S. Navy veteran and newcomer to politics, was sworn-in Tuesday.

The Bible he used was one that belonged his late wife Mae, who died in 2013. They had been married for 64 years.

Perillo said he didn’t think he had a chance of winning but decided to run following a pair of whistleblower lawsuits involving the police department that cost the borough a reported $1.1 million in settlements.