May Well Be Over: Trump recorded having extremely lewd conversation about women in 2005

Donald Trump bragged in vulgar terms about kissing, groping and trying to have sex with women during a 2005 conversation caught on a hot microphone, saying that “when you’re a star, they let you do it,” according to a video obtained by The Washington Post.

The video captures Trump talking with Billy Bush, then of “Access Hollywood,” on a bus with the show’s name written across the side. They were arriving on the set of “Days of Our Lives” to tape a segment about Trump’s cameo on the soap opera.

The tape includes audio of Bush and Trump talking inside the bus, as well as audio and video once they emerge from it to begin shooting the segment.

In that audio, Trump discusses a failed attempt to seduce a woman, whose full name is not given in the video.

“I moved on her, and I failed. I’ll admit it,” Trump is heard saying. It was unclear when the events he was describing took place. The tape was recorded several months after he married his third wife, Melania. 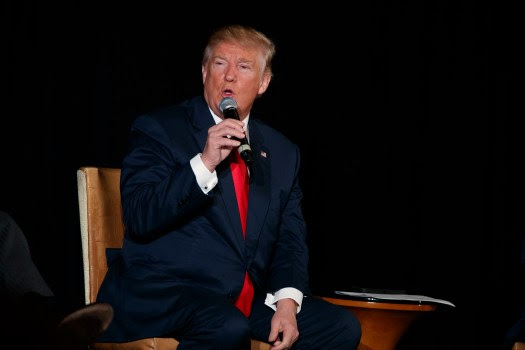 Police unions representing the officers in three largest departments in Colorado have given their support to Donald Trump for president.

In a news release, representatives from each union said Trump’s support of law enforcement will ensure safer communities.

“After thoughtful consideration, we wholeheartedly believe Mr. Trump is the only candidate that will protect law-abiding citizens from those who choose to break the law,” said Nick Rogers, president of the Denver police association.


More @ The Denver Post
Posted by Brock Townsend at Friday, October 07, 2016 No comments: 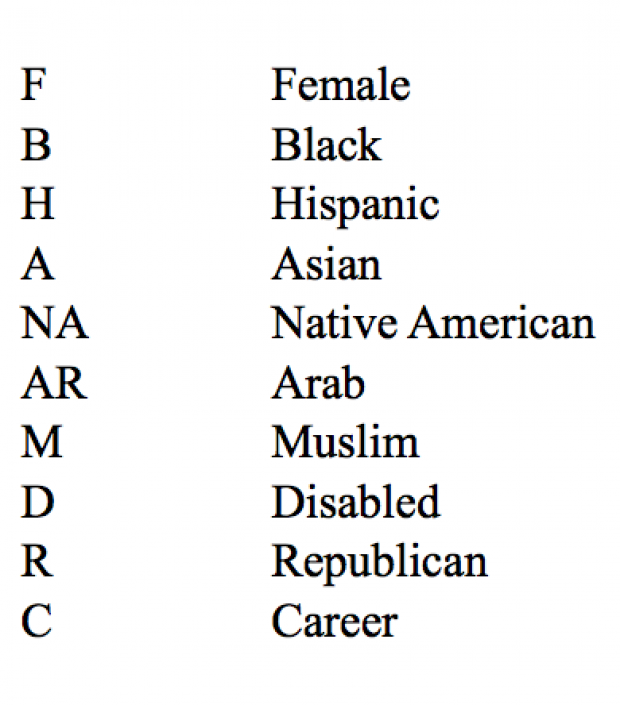 Guccifer 2.0 gave the documents to TheDC Friday. He claims these are hacked files from “one big network” related to the Clinton Foundation.

There is a folder “Obama_files” titled “Slate” which features a list of potential political appointees.

Below is a slate of potential White House officials purported to be from October 22, 2008, before Obama was elected president. TheDC is unable to independently verify the documents provided by Guccifer 2.0


More @ The Daily Caller
Posted by Brock Townsend at Friday, October 07, 2016 No comments:

"Let's play a game, leftists. It's called: when is it okay to kill this baby?" 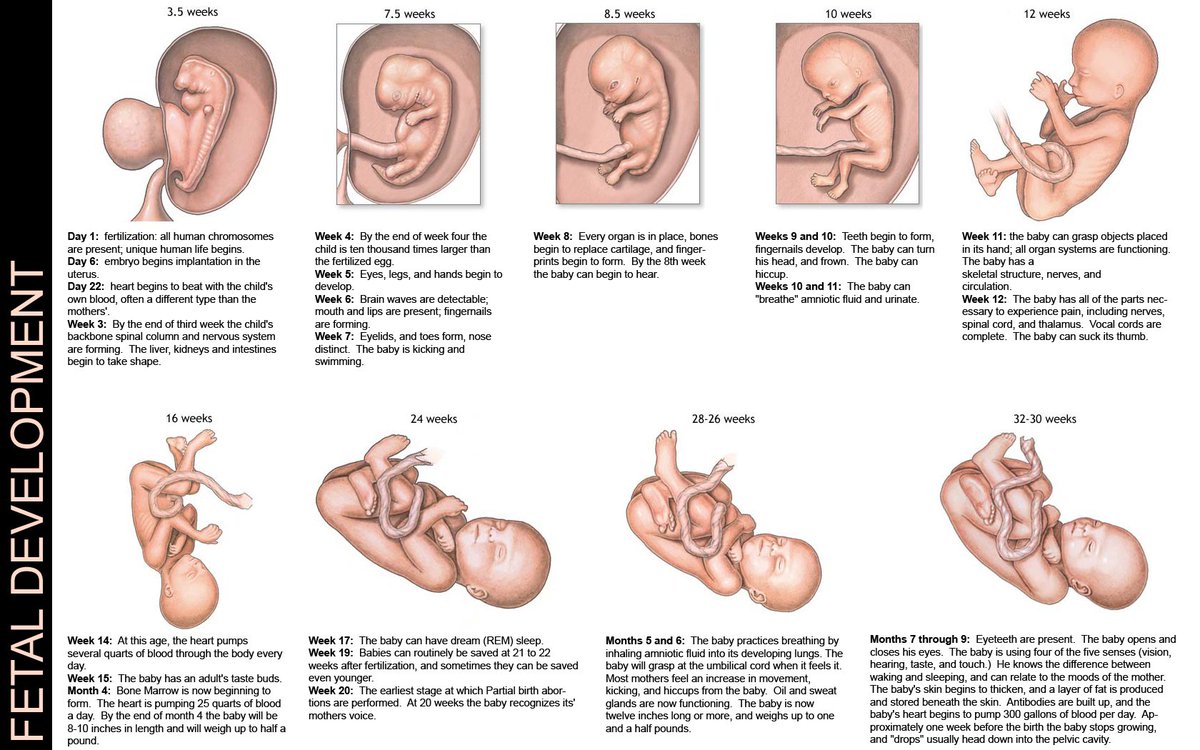 On Thursday, Daily Wire Editor-in-Chief Ben Shapiro addressed the issue of abortion, which he categorized as a "blot on the morality of the American people."

In a response to a video featuring pregnant actress Olivia Wilde proclaiming her support for abortion because she’s "literally about to have a baby," Shapiro stripped abortion of all its euphemisms, exposing the real evil behind the fatal act the left is deceptively pushing as "choice."

Prefacing his truth-telling, Shapiro warned: "This is going to be mildly graphic," he said, "but it’s important, because I’m sick of euphemisms: It’s not aborting a fetus; it’s not getting rid of a ball of tissue." As Shapiro defined later in the video, abortion is the murder of "literally the most innocent among us."

Shapiro then displayed a photo of a third-trimester baby who was gruesomely killed by serial murderer abortion practitioner Kermit Gosnell.

Laws are for the little people.

Everybody knows the Clintons are immune from prosecution, just ask the Attorney General and the FBI Director.

A nonpartisan watchdog group Thursday called for a federal investigation of Hillary Clinton’s campaign committee, accusing it of illegally accepting millions of dollars worth of “opposition research” and other assistance from Correct the Record, an outside super-PAC, in violation of U.S. election laws.

The Campaign Legal Center also filed complaints with the Federal Election Commission to initiate probes of Donald Trump’s campaign, and two super-PACs backing it, for similar violations of laws barring “coordination” between political campaigns and outside groups.

Damn, do I miss Spearfishing.
Posted by Brock Townsend at Friday, October 07, 2016 No comments:

Dobbs: The Clinton cartel emits the foulest stench of all 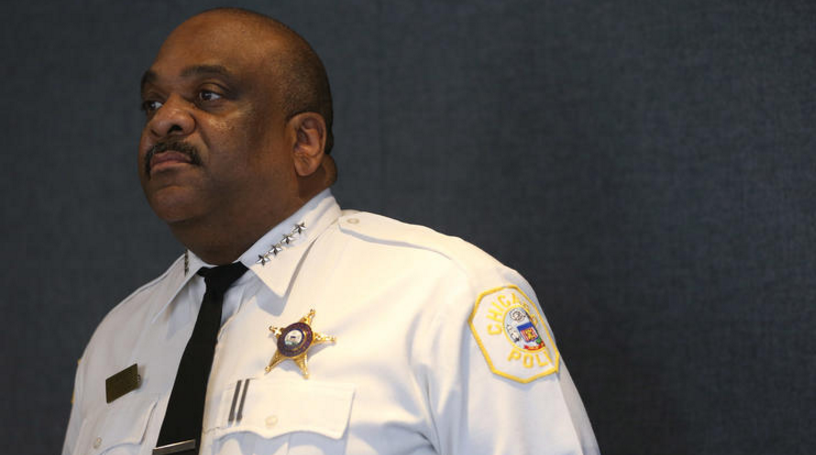 A Chicago police officer who was savagely beaten at a car accident scene this week did not draw her gun on her attacker -- even though she feared for her life -- because she was afraid of the media attention that would come if she shot him, the city's police chief said this week.

Chicago police superintendent Eddie Johnson said the officer, a 17-year veteran of the force, knew she should shoot the attacker but hesitated because "she didn't want her family or the department to go through the scrutiny the next day on the national news," the Chicago Tribune reported.

Johnson's remarks, which came at an awards ceremony for police and firefighters, underscore a point law enforcement officers and some political leaders have pressed repeatedly as crime has risen in Chicago and other major cities: that police are reluctant to use force or act aggressively because they worry about negative media attention that will follow.

ISIS, Not Russia, Is the Enemy in Syria (Obvious to all but the braindead)

“The provocations by Russia need to be met with American strength. … The United States of America should be prepared to use military force, to strike military targets of Bashar Assad regime.”

“The U.S. … must issue an ultimatum to Mr. Assad — stop flying or lose your aircraft … If Russia continues its indiscriminate bombing, we should make clear that we will take steps to hold its aircraft at greater risk.”

Yet one gets the impression this is bluster and bluff.

Pence has walked his warnings back. And there are few echoes of McCain’s hawkishness. Even Hillary Clinton’s call for a “no-fly zone” has been muted.

The American people have no stomach for a new war in Syria.

Africa’s backwardness is caused by two factors—both of them racial in nature. Firstly, the average IQ in Africa is 70 or below.
On the Stanford-Binet IQ testing scale (Stanford–Binet Fifth Edition, SB5, classification), an IQ of between 70 and 79 is officially classed as “Borderline impaired or delayed.”

There has been a massive surge in the African invasion of Europe across the Mediterranean, with 11,000 sub-Saharans being plucked from the sea and brought to Italy within a 48-hour period from October 4 to 5, 2016.

The Africans came from Nigeria, Eritrea, Guinea, Gambia, Sudan, Ivory Coast, and Somalia, according to the Italian coast guard.

A new report released this week from the Office of Inspector General (OIG) confirms that over 3,000 veterans waited for radiology exams at the Department of Veterans Affairs (VA) hospital in Salisbury, North Carolina.

Just last week in North Carolina, another OIG healthcare inspection report verified that improper preoperative evaluations occurred from 2014 to 2015 at the Fayetteville VA. These improper evaluations caused preventable surgical delays and cancellations. Even worse, patient deaths occurring within thirty days of surgery were not reported or reviewed by the required oversight groups.