In the dis-United States today, far too many of its people have now lost all sense of proportion and as movie magnate Richard Rowland said over a century ago . . .“the lunatics have taken over the asylum.” What was formally accepted as standard American history and sociology are now being replaced with the 1619 Project and Critical Race Theory. Over all of this madness looms the specter of an institution that met its timely demise between 1865 and 1870 with the ratification of the Thirteenth, Fourteenth and Fifteenth Amendments. While the body of slavery has long since been buried, there are those today who would dig up the moldering corpse in the hope of holding it for ransom.

Posted by Brock Townsend at Thursday, October 07, 2021 No comments:

Project Veritas EXPOSES COVID Vaccine Part 5: We "Avoid Having Info On Fetal Cells Out There"

Via Daughter Virginia
Posted by Brock Townsend at Thursday, October 07, 2021 No comments:

The Air Force is testing a plan to parachute pallets loaded with cruise missiles out of cargo planes, according to The Washington Times.

“We’re talking about the need to deliver on the order of 1,000 or more anti-ship missiles into a highly contested battle space,” David Ochmanek, a research analyst, said.

“That’s a pretty demanding criteria,” he noted. “The targets of greatest interest in the opening phase of that war are moving — they’re ships.” 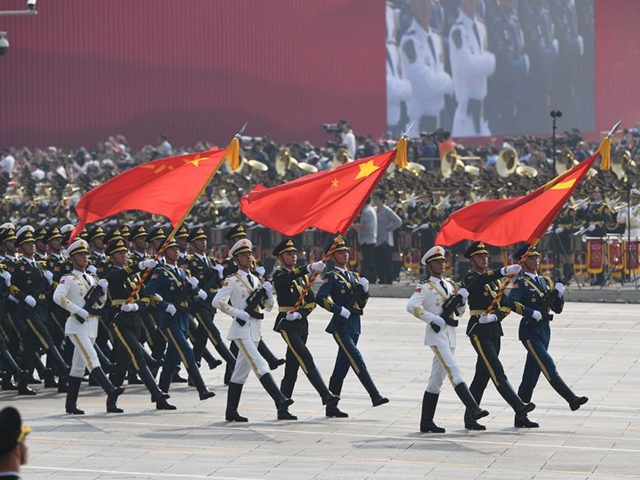 With All Due Respect (Well Done) “You hire them and you fire them.”

Social disintegration brought on by policies designed to divide rather than unite Soldiers and Marines looms as a real threat to American military power, a far more potent threat than anything Americans faced over the last 30 years. The current class of Army and Marine four star brains is wrong for the job of building for the future and cultivating cohesion.

President Biden's decision to withdraw from Afghanistan has produced just the exposure the generals hoped to avoid with Trump's defeat.

Presidents usually get the generals they want. In the last election, though, the generals got the president they wanted. Or, at least, so they thought.

It’s easy to understand. President Trump was a menace to the generals, especially the four stars in the Army and the Marines. In sharp contrast to his predecessors in the White House, Trump declined to accept unconditionally the generals’ best military advice.

As far as Trump was concerned, the answers he received from his secretaries of Defense and the four stars concerning the need to stay in Afghanistan—to build democracy, liberate women, encircle Iran, keep China out and Russia at bay—did not pass the smell test. For Trump, neither the Russians nor the Chinese were ten feet tall, and Afghanistan’s security was never as important as the security of Rhode Island, Alabama, or Michigan.

Fall of the Cabal: The Sequel (Supposed to be good.)
Panorama Education is linked to leftist investors such as the Chan Zuckerberg Initiative and contracts with schools in many blue states and cities.

Attorney General Merrick Garland acted to protect his son-in law’s profits when he signed a memorandum on Monday that instructed the Justice Department to investigate and prosecute parents who express concerns about anti-white racism in public schools.

The two graduated from Yale and married in 2018.

Pennsylvania Democrat Christopher M. Rabb sent out a memorandum to all House members regarding his legislation that will enforce reproductive responsibility among men. The bill will force men to undergo vasectomies within 6 weeks from having their third child or their 40th birthday, whichever comes first.

This legislation includes a $10,000 reward to whoever reports to the proper authority on those who have failed to submit to forced sterilization within the allotted time.

10 Governors Unveil Plan To End Biden’s Border Crisis: ‘We’re Not Going To Sit Around While Biden Refuses To Act’ + Another Haitian Migrant Caravan 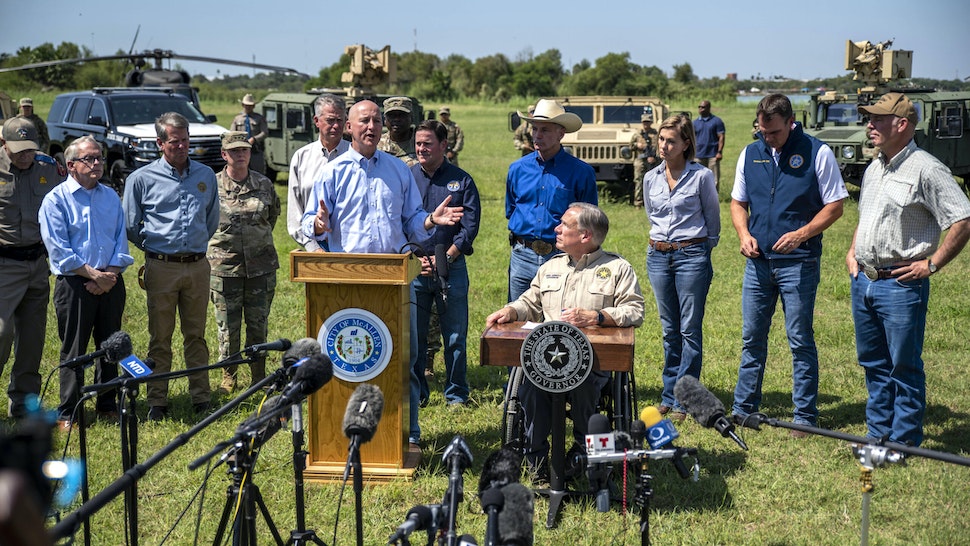 The event comes as the administration has faced catastrophic levels of illegal immigration on the U.S. southern border. Many directly blame Biden for the crisis, saying that his policies and messaging has created enormous incentive for migrants to illegally enter the U.S.

Another Haitian Migrant Caravan Leaving For Border In Two Weeks: ‘We Are Ready For War’