Nancy Pelosi transparently announced a coup against President Trump on Thursday morning, Dec. 5, 2019, a date which will live in political infamy.

There was never any doubt that the House of Representatives will vote on a strictly partisan basis to impeach the president, but it could not have been foreseen that Pelosi would frame that approaching act as a naked power grab.

Yet that is exactly what she did.

In opening her announcement to draft impeachment charges by quoting the Declaration of Independence, she acknowledged more plainly than ever before that she is taking a revolutionary act, that she is overthrowing the established order and that, in modern terms, she has launched a coup.

Consider the words she quoted:

House Minority Leader Kevin McCarthy on Sunday said that House Democrats who represent districts carried by President Trump are now looking over their shoulders because of how impeachment is polling in competitive areas.

“If you’re one of those 31 Democrats, you’re a little afraid with just hearing what Nancy Pelosi just did [in] putting out this timeline for articles of impeachment. She just gave up your job,” Mr. McCarthy, California Republican, said on Fox News’ “Sunday Morning Futures.”

He pointed to polling that said 54% of respondents in such districts were more likely to vote against a member if they support impeachment.

The Liberal Media Is Covering This Up!…

Nader was one of Mueller’s top witnesses and he is a top Democrat donor and convicted child molester.
But there is more to the story.

According to News Thud:


More @ The Gateway Pundit
Posted by Brock Townsend at Sunday, December 08, 2019 No comments:

Our unit in the parade today. Thank you all for your hard work!

Anthony Hopkins on Why He Avoids Talking About Politics: ‘Actors Are Pretty Stupid’ 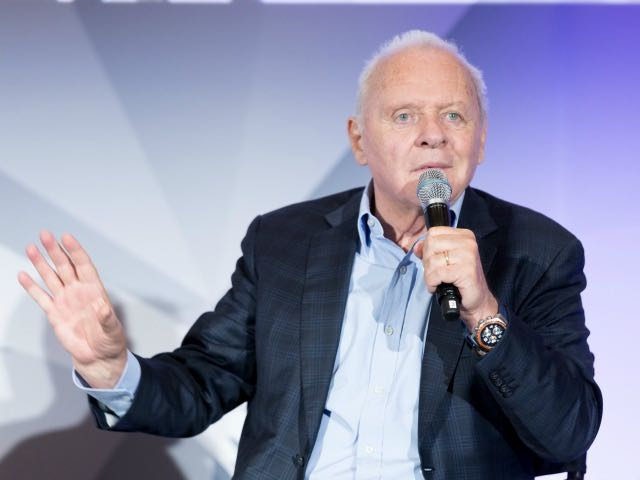 The Oscar-winning star of The Silence of the Lambs and the upcoming Netflix movie The Two Popes spoke in a conversation with fellow actor Brad Pitt for the latest issue of Interview magazine.

The Culpeper Board of Supervisors Tuesday discussed an adopted resolution declaring the locality a Second Amendment Constitutional County.

The Board unanimously passed the resolution, joining a growing number of localities in response to expected gun control legislation in the now Democratic-controlled Virginia General Assembly.

At the meeting, the local sheriff vowed to deputize scores of residents, if necessary, to push back on potential state-imposed gun restrictions. "Every Sheriff and Commonwealth Attorney in Virginia will see the consequences if our General Assembly passes further unnecessary gun restrictions. “Red Flag” laws without due process will create enormous conflict as well," Sheriff Scott Jenkins wrote in a Facebook post.

Do You Know How To Catch Wild Pigs?

Via  G.W. Long via Ninety Miles From Liberty which has more goodies

Jeremy Clarkson, the famed former host of BBC’s “Top Gear,” Unloads On Greta Thunberg: ‘Mad,’ ‘Dangerous,’ ‘Go Back To School And Shut Up’


Jeremy Clarkson, the famed former host of BBC’s “Top Gear,” slammed far-left climate extremist Greta Thunberg in a new interview this week, calling her “mad,” “dangerous,” and saying that she needs to “shut up and go back to school.”

“She’s mad and she’s dangerous and she’s causing young children sleepless nights with her idiocy,” Clarkson said in an interview this week, according to The Daily Mail. “I think she needs to go back to school and shut up.”